Skip to contents
Politics and Government

Do you have a good idea for a new state law? Here’s how to get it drafted by Colorado lawmakers

All 100 state lawmakers are allowed to introduce five bills each year, and the deadline for the first three ideas is Dec. 2.

The next Colorado legislative session doesn’t start until Jan. 8, but the deadline for legislators to submit ideas for bills is quickly approaching. And this means it’s an opportune time to share ideas and concerns with your state lawmakers.

All 100 state lawmakers are allowed to introduce five bills each year, and the deadline for the first three ideas is Dec. 2.

A number of bills each session originate with constituents who bring an idea to their lawmaker. Sen. Rhonda Fields, D-Aurora, says much of her legislation comes directly from community members.

This year, Fields sponsored Senate Bill 195 after a mother reached out about her 10-year-old daughter, who died by suicide after being bullied at school. The bill — which is now law — aimed to curb youth suicide by increasing access to behavioral health care.

“It’s important for people to understand that they should not be intimidated by their elected officials,” she said. “Your representatives are busy. But it’s their job to represent you, and represent the issues that are important to you and that impact your community. And they might not know what’s the most important thing for you, unless you tell them.”

The first time Fields called her elected officials was in 2005, after her son Javad Marshall Fields and his fiancee, Vivian Wolfe, were murdered by two of the three men on Colorado’s death row. She felt helpless, and wanted justice. So she called every elected official she could looking for answers. 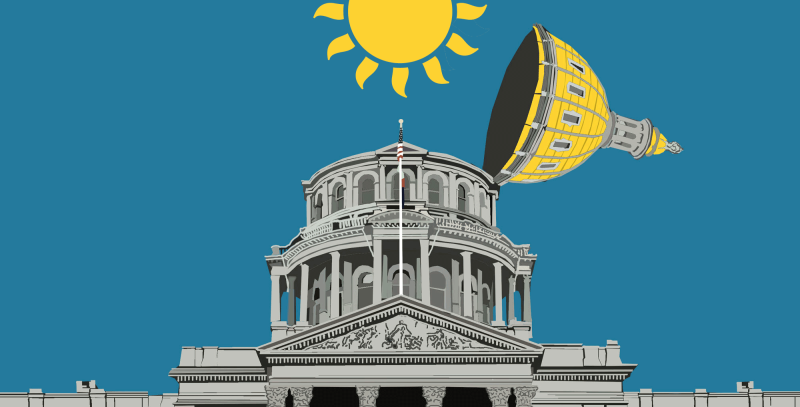 This story is part of The Colorado Sun’s project to help explain how the state’s political system works. If you have questions we didn’t answer, let us know here. We’ll try to answer them.

“All these folks became accessible to me, and I didn’t know that they were,” Fields said. “…The power of our democracy is not in the people who govern. Our power is based on our ability to vote and access those who represent the people.”

The bill limits and deadlines are often treated like guidelines rather than rules — particularly for Democrats this year, because the party in power can waive the rules. But bills introduced earlier typically get a more robust hearing from lawmakers and interested parties.

Read on for more on how the process works.

Call your representatives. They want to hear from you.

First, find your lawmaker. The Colorado General Assembly’s website has a look-up tool where you can enter your address and find your House member and senator.

“Anyone can suggest an idea that might turn into a bill. And in Colorado, every bill gets a hearing,” said Morgan Carroll, chairwoman of the Colorado Democratic Party and a former state lawmaker who served 12 years in the state House and Senate. “Good, bad, ugly or great, it will be heard.”

Carroll says that calling your lawmakers is the most effective way to reach them. You will likely be directed to a staff person, but they can answer questions and set up a time for you to talk with your representative.

“It’s OK to ask questions and to not have all the answers,” Carroll said. “There are 5.5 million people in Colorado, and if every person put 10 minutes a year into being involved in their democracy, it would radically change the process and the outcome.”

She says a big misconception that she hears when she talks to community members is that they can’t shape legislation. “They absolutely can, and do,” Carroll said. “This is a power that the people have, and if they don’t use it, the only people that will have a seat at the table are lobbyists, who are paid to show up and be front and center of the rulemaking process.”

If a lawmaker supports your idea, they will decide to sponsor a bill and often contact lawyers in the Legislative Counsel’s office for help draft the language. (You can learn more about how a bill moves through the legislative process on Colorado’s General Assembly’s website.)

Though there are many complicated steps in the process of changing, amending or creating new state laws, the process to suggest an idea is relatively simple. Not everyone has the luxury of taking a day off of work and going to the state Capitol to meet with their representatives (though this is obviously a good tactic.)

MORE: To learn more about how lawmaking and lobbying works at the Colorado Capitol, go here.

Other ways to get your voice heard

To stay engaged with his constituents, Rep. James D. Wilson writes a weekly opinion article in his local newspaper, and reads closely when others do the same.

“It’s a good way to get your concerns voiced, and to lay out the issue in a concise way,” said Wilson, a Republican from Salida and retired educator.

He encourages community members to attend town hall meetings to speak directly to their representatives.

And Wilson wants his constituents to remember that lawmakers are just “normal, everyday people.” And most importantly, that it’s their job to be easily accessible. Most legislators publicize their events on their websites and social media pages. You can sign up to get event notifications.

“I just want people to know that I’m here to help,” Wilson said. “And that a lot of times, concerns don’t require new legislation. Sometimes, things are already in the works, and I can just help by pointing people in the right direction. Other times, I can provide additional services or resources to help a community member with whatever they are going through.”

A general rule of thumb while interacting with your lawmakers, Carroll says, is to keep it concise.

She tells constituents to prepare a one-page summary any time they are going to speak with their representatives. She also encourages community members to reach out to representatives that are not in their district.

“It doesn’t matter if they are Republican or Democrat,” Carroll said. “Don’t assume their stance on an issue. You might disagree on one issue, but agree on a completely different one. So don’t rule them out. You just need one out of 100 lawmakers to say yes to your idea.”

Another tip for when you’re writing in to your representatives: “If you want it to be a part of the public record, you have to explicitly say that,” Carroll said.

Go the extra step: Get involved with an advocacy group

Though Rep. Lori Saine, R-Firestone, says seeing the legislative process in person is the best way to stay involved. She also says that getting involved with an advocacy group can be effective.

She says it’s important for community members to watch a bill through the entire process to ensure a good bill doesn’t turn into one that is unwanted.

“There are also groups you can join, like the Colorado Union of Taxpayers, that watch all bills to see which legislation favors or hurts the taxpayer and they will rate how a legislator votes accordingly.”

Ean Thomas Tafoya, who works with the Colorado Latino Forum, encourages members of the Latino community to get involved with an advocacy organization to stay informed and help shape legislation that will impact their communities.

He stresses that all residents, regardless of their immigration status, can influence legislation. And he wishes that more representatives hired multilingual staff members to better engage with these communities.

“I think groups like the Colorado Latino forum, and the Colorado Immigrant Rights Coalition, are really important because people feel safe having conversations with us and bringing ideas forward to help shape legislation,” Tafoya said.

Silverman: Normal rules of self-defense don’t apply when your house is invaded

The legal battle over the January 6 insurrection at the U.S. Capitol — the people's house — has begun. America needs justice.