Good morning! This weekend seems ripe for good leaf peeping, pumpkin patch perusing and all sorts of other activities that pair well with flannel, so we are going to hit the ground running this morning.

Teaser: Don’t miss a very exciting announcement under “The Fun Stuff” in your haste to get to your weekend!

Let’s spiralize this zucchini already, shall we?

The political stakes for Proposition CC are huge. It’s a test case for a major fiscal overhaul in Colorado.

“This is totally a rehearsal for future efforts, and I think we are learning how to do this in the current political climate.”

— Scott Wasserman, the president of the Bell Policy Center, an organization critical of TABOR.

In the grand scheme of things, passing Proposition CC would give the Colorado state coffers a little bit of a budget boost in good years, and not change anything during downturns. But both supporters and critics of CC know that the proposition is just the first battle in a war over TABOR and how Colorado taxes and spends.

>> Read John Frank’s breakdown of what’s really at stake in this November’s election.

Already under investigation for her body-parts business, a Montrose woman has her state insurance license revoked 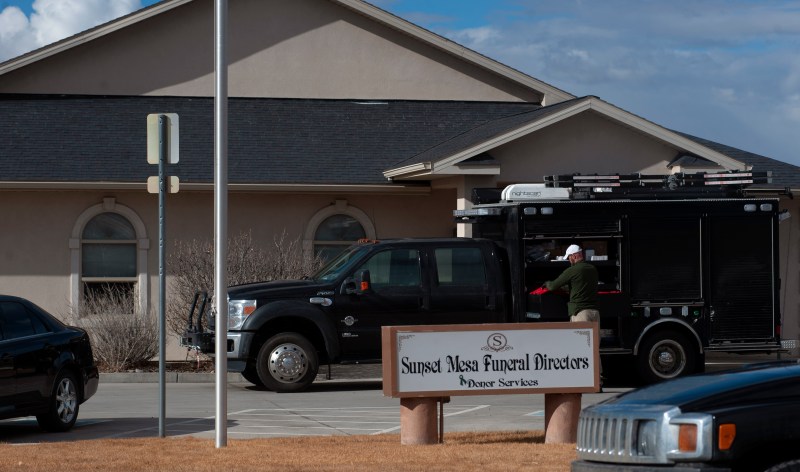 Members of the FBI, along with Montrose law enforcement investigate the Sunset Mesa Funeral Directors and Donor Services building on, Feb. 6, 2018. (William Woody, Special to the Colorado Sun)

You might think that news of Megan Hess — the former Montrose funeral home owner who is under federal investigation for allegedly selling body parts from people she was hired to cremate — losing her license to be an insurance agent might have something to do with that investigation. But as John Ingold writes, it’s a totally different alleged scam that led state regulators to pull her papers.

>> Read more about the revocation and the “preneed” funeral plans Hess was selling.

Gov. Polis meets with family of Colorado Springs teen De’Von Bailey, who was fatally shot by police in August

On Thursday, Gov. Polis met with the family of the 19-year-old Colorado Springs man who was fatally shot by police in August. Polis has repeatedly called for a voluntary, independent investigation into the shooting. But, as governor, he has the power to force one via an executive order.

>> Jesse Paul has more on what happened during the meeting and what the governor’s next moves could be. 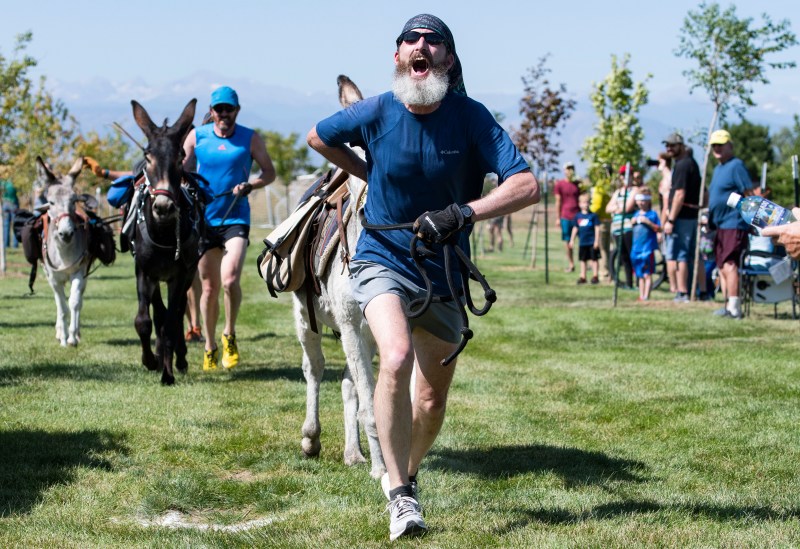 Pack burro racer Bob Sweeney lets out a yell as he crosses the finish line with Yukon, a 10-year-old burro, in Frederick’s Centennial Park. (Andy Colwell, Special to the Colorado Sun)

I’m not going to spend much time teasing this story, because I would hope that photo and the idea of an entertaining deep-dive into the sport of burro racing would have you itching to click through on its own.

>> Jill Rothenburg caught up with author Chris McDougall as he attempted to make his way in with Colorado’s close-knit pack of burro racers. 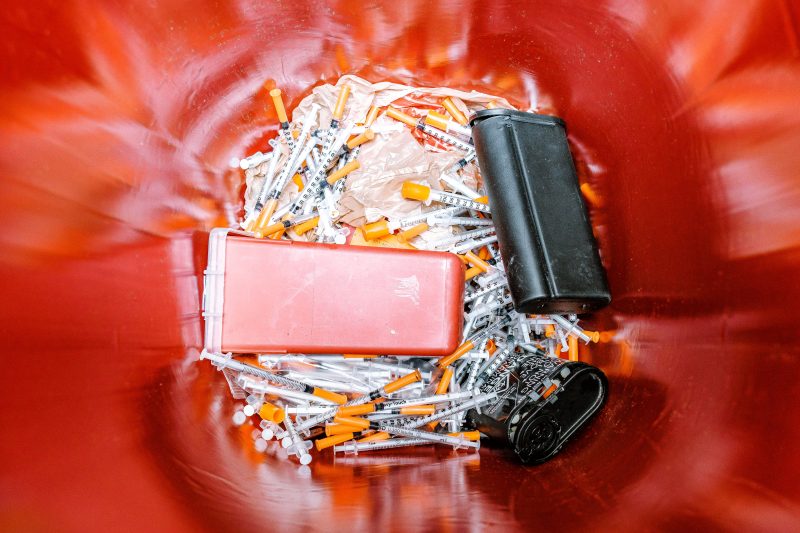 Used and exchanged needles are collected in a bucket at the Harm Reduction Action Center, a needle-exchange program across from the state Capitol. (Marvin Anani, Special to The Colorado Sun)

“Quite simply, we have injection sites all over town. I want to bring it out of the public sphere and into a private environment.”

A much-buzzed about effort to make Denver one of the first cities in the country to open a supervised injection site for heroin and methamphetamine users — as a direct method of fighting addiction — failed after facing immense pushback. But as Jennifer Brown writes, with a federal judge ruling on a case in Philadelphia in favor of a similar program, supporters aren’t backing down.

>> Read more about the next phase of the plan and how the Philly ruling could affect Colorado.

Starting later this month, we’re kicking our commitment to Colorado literature up a notch with the launch of The Colorado Sun Book Club, in partnership with BookBar. Each month, we’ll discuss a book we’ve featured in our SunLit section with the author to answer questions and sign copies of their book. You can read the book ahead of time, but it’s not a requirement. Here’s our lineup (all 2019 Colorado Book Award winners) for the rest of 2019 so you show up prepared:

But wait, there’s more! If you become a new annual Colorado Sun member using the code BOOKCLUB at coloradosun.com/join we’ll buy your first book. Pick up your copy of this month’s book club feature or something else you’ve been wanting to read — up to a $25 value — with a coupon redeemable at BookBar, 4280 Tennyson St. in Denver.

We’re working on more fun stuff for this book club, so make sure to stay tuned to The Sunriser and to RSVP for the Oct. 28 meeting at coloradosun.com/bookclub.

The science fiction and fantasy genre casts a wide net, and Alex Acks’ excerpt from “Murder on the Titania and other Steam-Powered Adventures” transports the reader to a place at once somewhat familiar and totally bizarre. But you’ve got to love any story with a hint of zombie. In Acks’ SunLit interview, we learn the inspiration for this collection of novellas capped by a short story stems from classic detective tales — with a unique twist. 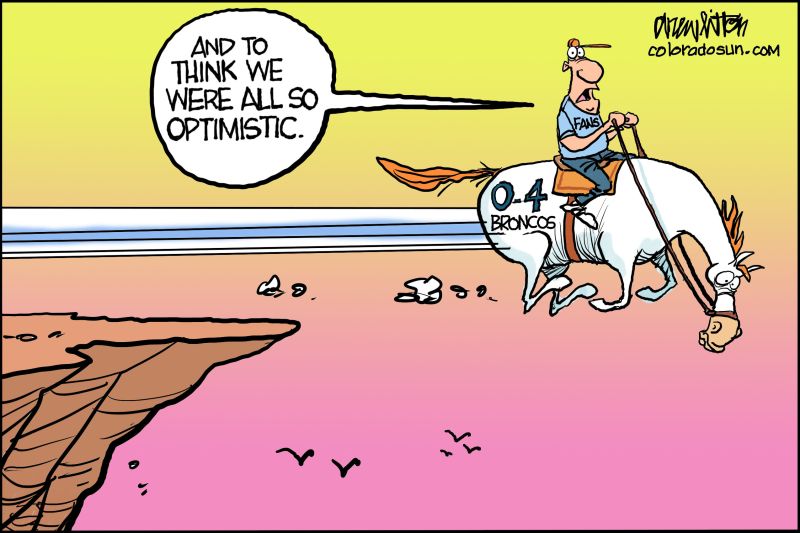 // Is the NFL season over yet? As Drew Litton observes, the struggling Denver Broncos could still have a long way to fall.

// Gov. Polis is learning the hard way that If you mess with freedom of the press (backstory), you’ll have to mess with Jim Morrissey.

// And in What’d I Miss?, Myra is feeling the call of political activism. So why is Ossie holding back?

Known for its whimsy, the craft beer world is newly focused on the basics: making good beer

“Flagships are definitely more important as you go into new and trendy styles. Flagships are the horse that pulls our cart. It allows us to do all the other things we do because we have those consistent sales.”

As the Great American Beer Festival kicks off down the street at the Colorado Convention Center, our resident beer writer John Frank takes on the latest trend from craft brewers known for stretching the imaginations of beer drinkers: Making consistent, great beer that people will come back and buy.

>> Get the story behind why brewers are taking more time on the basics.

The Great American Beer Festival not only brings together breweries from across the nation, but also from all over Colorado. And this includes Parts and Labor, a gem of a beer maker from Sterling. Make sure to try their blond stout with bold coffee notes and the quadruple dry-hopped hazy IPA, both ends of a tasty beer spectrum.

// RTD has 61 fewer light rail operators than it needs, meaning that routes will be canceled if even two operators call in sick. // 9News

// Aurora, the white phase Gyrfalcon who served as the Air Force Academy’s mascot for 23 years, died this week. // OutThere Colorado

// Adams City High School has been under the microscope for poor performance for years. Chalkbeat looked at how the first school year after a private consulting group was given control of the school is going. // Chalkbeat Colorado

// There was a lot of news coming from the Denver Police Department this week :

// That last story brought to mind this excellent longread from The New Yorker examining the correlation between domestic abuse by officers and incidents of excessive force on the job: “What if Your Abusive Husband Is a Cop?” // The New Yorker

// I enjoyed my time playing high school football, don’t get me wrong, but if I could have been in a competitive rock climbing league like these kids in Eagle, my pads would have been collecting dust. // Summit Daily 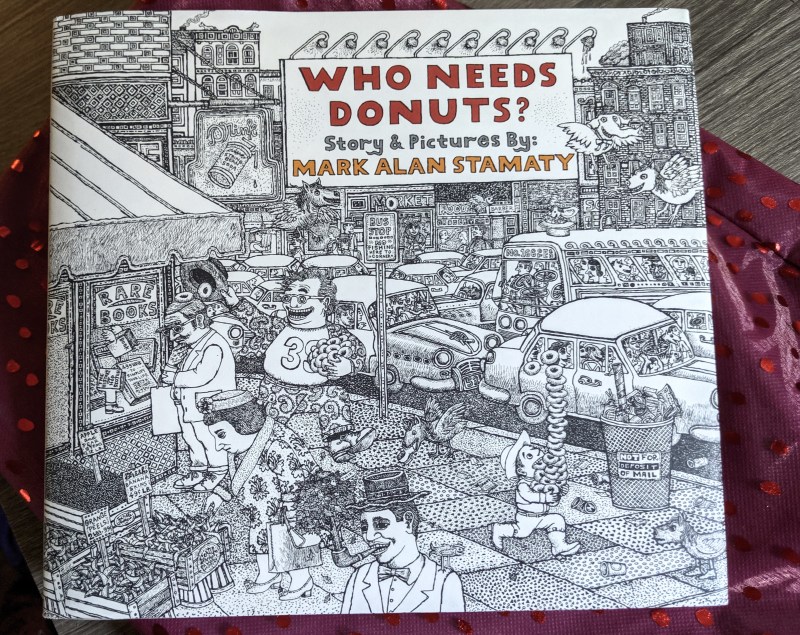 The Thing: “Who Needs Donuts?” by Mark Alan Stamaty (Find it at your local bookstore, BookBar Denver, Tattered Cover, or Amazon)

Why You Might Like It: I hope my nearly-three-year-old niece isn’t reading this, because I’m about to spoil her birthday gift. After long ago hearing a podcast host (long enough ago that I forgot which one) rave about this book, I finally have a niece old enough to start appreciating the absurd amount of detail. Stamaty, who later had weekly strips for the Village Voice and a long running political comic strip, originally published the book in 1973 and the detail he captured shows it. It’s like a pen-and-ink “Where’s Waldo?” except depicting a cartoonishly busy cityscape packed to the brim with little jokes and bizarre creatures (pigeons with horse heads, “used sandwich” storefronts, etc.).

It’s the kind of book I would have pored over endlessly as a kid, and an experience that can’t be replicated on a tablet. I may be ordering another copy to keep around the apartment when I need a break from the screens in my life. 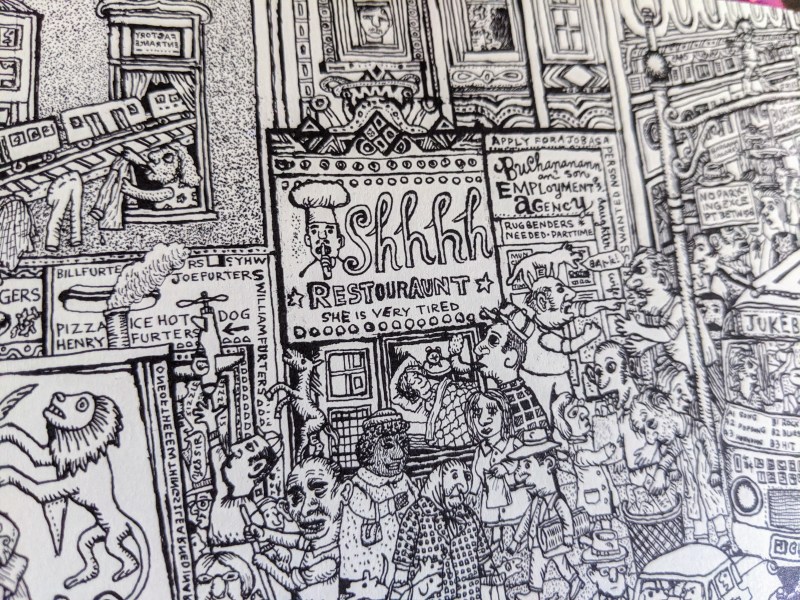 This may be the most pun-packed children’s book of all time. (Eric Lubbers, The Colorado Sun)

That’s it for today! Congrats on making it to the end of a long Sunriser packed with a lot of important journalism.

Keep The Sunriser handy this weekend in case there’s something you want to catch up on when you have some more free time. The great thing about Colorado Sun stories is that they age like a fine wine (or a particularly ripe cheese, if you’re not a wine drinker).

Have a great weekend and I’ll see you here on Monday!

Climate and fire experts say they must now do even more to layer new sensor technology atop decades of firefighting experience to prevent more fires like the one that devastated Louisville and Superior.

SunLit Interview: How Wendy Terrien created a world of cryptids — and characters that feel like family

The author wrote "The Forge of Bonds," the fourth book in her series, faster than the others. But it turned out to be the longest -- and took a physical toll.

SunLit
Colorado Humanities & Center for the Book
2:25 AM MST

Protagonists Jason Lex and Sadie Callahan sense that supernatural danger lurks in their outwardly mundane world. They'll need each other to defeat it.

Ideas for your next great read

SunLit
The Colorado Sun
2:21 AM MST