Good morning! I hope your week has been more Lindsey Horan and Mallory Pugh (Colorado’s own soccer stars) and less Thailand Women’s National Team (unfortunate enough to be on the other side of the USWNT’s 13-0 debut — including goals by Pugh and Horan — at the World Cup yesterday.)

The summer trips you’ve sent in all sound pretty great so far, but I’m definitely partial to Lynn B’s suggestion because it’s a part of the state I haven’t explored much:

“The route from Salida through Westcliffe, La Veta, and Cuchara to Trinidad, along the Highway of Legends is spectacular, especially this year, having had adequate rains to make everything green or snowcapped. All of these towns are still charming and funky, though they are slowly working to become the next Taos. I have lived and traveled in Colorado since 1964 and have rarely seen such beautiful scenery.”

My inbox is still open! Let me know where you’re exploring in our beautiful state this summer.

Now let’s wind this watch already, shall we?

A photo of the Arapaho Glacier, the largest in Colorado, in the collection of the American Alpine Club. (Joe Purtell, Special to The Colorado Sun)

When climbing pioneers near the beginning of the 20th century were preparing to head off to scale mountains long before Gore-Tex and GPS, they often relied on photographs taken by adventurers who had trekked that way before them. Those same photos are now a valuable data set for climate researchers.

>> HITS FROM THE (18)90s TO TODAY Sun contributor Joe Purtell looks at the history of the club and its photo collections — with some stretching back to the very beginning of film photography — and how they help fill some big data gaps for climate scientists studying glaciers worldwide.

A Colorado prosecutor admitted to dozens of ethical violations. Should taxpayers have to pay?

That’s how many instances in which state regulators accuse Frank Ruybalid of violating legal ethics by withholding evidence in criminal cases during his time as the district attorney for Colorado’s Third Judicial District. Ruybalid has since admitted to dozens of the violations in a deal to keep his law license, but it was a question of money that could lead this case to set a precedent in Colorado law.

>> “SO FAR OVER THE LINE”  John Ingold explains the latest ruling — about whether Ruybalid should be reimbursed for attorney’s fees spent defending himself against the accusations while in office — and why the Colorado Supreme Court drew a line in the sand.

The crowded field of Colorado Democrats running for U.S. Senate pitches a message at their first forum: crisis

In front of a small crowd at Denver’s Barnum Park, nine of the Democrats vying for the chance to take on Sen. Cory Gardner in 2020 introduced themselves to supporters with a clear message: The country is in crisis.

>> A PRIMARY PREVIEW Jesse Paul breaks down each candidate’s initial pitch — from threats to democracy, climate change, race and impeachment — and puts their messages in the context of what is on track to become a long, expensive Senate race.

>> A RUNNING TALLY OF WHO’S RUNNING If those faces don’t seem familiar to you, keep an eye on our always-up-to-date tally of who has their hat in the ring.

The effort to recall Rep. Tom Sullivan pulled by backers

After Democrats from around the state — and even some presidential candidates — rallied to support Rep. Tom Sullivan to fight a Republican-led recall effort, the organizers, including the vice chair of the Colorado GOP, announced they were shutting it down to focus on other party priorities.

>> MORE RECALLS, NATIONAL POPULAR VOTE REPEAL Jesse Paul has the breakdown of where the Colorado GOP is focusing its efforts before the next session.

Kayaking and rafting swamp monsters ran Gore Creek in Vail, in a protest organized by the Colorado Sierra Club on June 10. (Dean Krakel, Special to The Colorado Sun)

It’s been 359 days since we announced The Colorado Sun to the world. And we need your help. We started The Sun with one goal: Build a journalism outlet that could serve the people of Colorado and do it sustainably. But the only way we can grow to provide that service is through the direct support of readers like you. It only takes a minute of your time and as little as $5/month to become a member at coloradosun.com/join and your support will go directly to funding more journalism. Period.

// While we’re talking agriculture, John Aguilar has a cool look at how one of the traditional hotbeds of farming in Colorado — Brighton and Adams County — is undergoing a branding makeover into “Historic Splendid Valley” in an effort to preserve its history before it is absorbed into the growing metro area. // The Denver Post 🔑

// Grab your binocs and dig out your Audubon guide: It’s a bird-watching paradise in Colorado right now. // CPR News

// Denver regulations say that to share a home on Airbnb or VRBO, it has to be your primary residence. But in one of the first criminal cases brought in the short-term rental space, a Denver couple has been accused of running rentals out of their non-primary residences — and the evidence includes the couple’s own YouTube videos. // 9News

// “Dynamism” is an interesting — if slightly vague — way to rank metro areas, but according to the Walton Family Foundation, Greeley is in the top 10 “most dynamic” metros in the country. // Greeley Tribune 🔑

// Man, this is cool: You can check out bike repair kits from every library in the Denver Public Library system to fix your bike on-site. // DenverLibrary.org 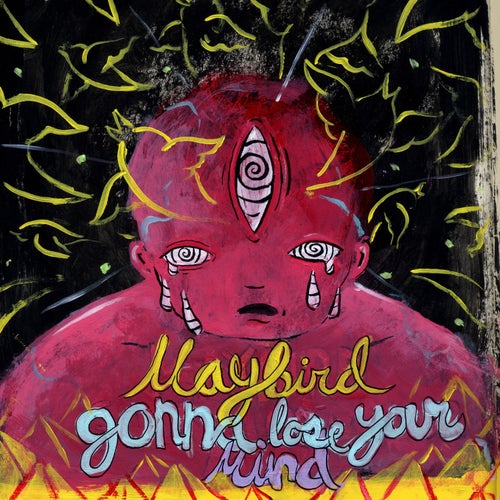 Why You Might Like It: A couple of years ago, I read an article about a study claiming we stop listening to new music at the age of 33. I was 31 at the time and took it as a personal challenge. But in the last few months, I noticed I was starting to gravitate toward my old standbys and had playlists full of familiar music. It doesn’t help that Spotify’s algorithms tend to reinforce that feeling of familiarity and can sometimes drag you into a comfortable little echo chamber. Which may explain why I felt so much joy when I stumbled onto this song, full of swerve and swagger and baritone saxophone and found out that it was actually released this year! By a band I hadn’t heard before! It’s a great little number that doesn’t seem to have blown up yet, so give it a listen before it ends up in a car commercial or on the soundtrack of some Netflix series.

I bet you have a thing. If you have something that you just can’t stop raving about that you’d like to share, send us an email at things@coloradosun.com and you could be published in a future Sunriser!

Welcome to The Bottom of the Email! Thanks for reading this far and for reading in general. You’re probably sick of me reminding you to share stories you find interesting with your friends and family, and while you should still do that, I have a new task for you. Forward this email to five people you know with a note about why you like reading The Sunriser and a link to coloradosun.com/newsletters so they can sign up for The Sunriser for themselves. We want to grow this community!

Have a great afternoon and we’ll see you on Friday!

Sun Investigation Primary category in which blog post is published

Six people have died of COVID-19 complications at Centennial Healthcare Center in Greeley alone. Four others from one Littleton assisted-living center, Libby Bortz, also have died.

Published on Apr 4, 2020 3:00AM MDT
SunLit Interviews Primary category in which blog post is published

Memory figures into most of Carter Wilson’s novels. This one tackles it head on.

In "The Dead Girl in 2A," the author also wanted to have the Colorado mountains figure prominently in the final act of his thriller

Published on Apr 4, 2020 3:00AM MDT
Book Excerpts Primary category in which blog post is published

Strangers on a plane: A man, a woman and a mutually intense feeling that they’ve met before

In "The Dead Girl in 2A," author Carter Wilson introduces the protagonists of a dark thriller in which we also learn of an unseen character behind their meeting