Good morning and happy Monday, folks. I’ll try to type as softly as I can in case you felt your Irish roots — real or imaginary — this weekend a little too strongly.

Thanks to all of our members, new and old, for helping spread the word on our half-birthday celebration last week. You’ve already heard plenty from us on that front, so I’ll spare you the details (but we are incredibly grateful for the hundreds of new members that will help us sustain our work and grow).

We’ve got plenty to get to, so let’s corn this beef, shall we?

Be seen by one of the most engaged audiences in Colorado.Underwriting positions are open for The Colorado Sun’s newsletters. If you have a business or event you’d like to promote in this newsletter, email underwriting@coloradosun.com for rates and availability.

It’s been legal to drop off newborns in Colorado since 2000, so why aren’t suspicious deaths of infants declining?

It’s been nearly two decades since Colorado passed its Safe Haven Law, making it legal for newborns to be dropped off at fire stations and hospitals statewide. But there hasn’t been a reduction in the number of suspicious deaths of newborns in that span. Jennifer Brown explores the use of the law since 2000, including the fact that advocates say a new generation of teenagers doesn’t even know the law exists.

>> Read Jennifer Brown’s story, including the number of infants saved under the law, here.

How would new regulations impact the oil and gas industry in Colorado? Here’s what we know.

Everyone has been talking about the oil and gas reform, with misrepresentation and exaggeration infecting all sides of the debate. The greatest point of contention is exactly how the bill will affect the economics of the industry and the state at large, but both sides admit they don’t know all the answers. John Frank analyzed all the available data to see who is paying attention to the bill, from investors to local governments to steel mills, to see which parts are keeping them up at night.

>> Read the experts’ thoughts, including reaction from Democrats, here.

MORE: Senate Bill 181 gets its first hearing in the Colorado House today. It’s going to be another late night in the Capitol. Read Jesse Paul’s story from Friday on how the deadly 2017 Firestone blast will be center stage as the debate continues.

Telluride is fighting the same housing problems as the rest of the high country, but getting creative with its solutions

That’s the low end of what 46 workers are paying to live in the Boarding House, a dormitory-style living space near downtown Telluride. The dorm, a throwback to the titular mining-era boarding houses, is just one of the unique ways that Telluride is fighting a lack of worker housing in a town that can’t — and doesn’t want — to grow unchecked.

// Colorado has agreed to major daily fines as it works to streamline how the state handles mentally ill inmates languishing in the system. Allison Sherry has been doing a really thorough job of covering this story for CPR, so read her breakdown of this major move. // CPR News

// It’s been a bit since I checked in with Jefferson Parkway, the contentious plan to complete the metro area’s beltway loop in northern Jeffco, so it was interesting to see John Aguilar’s piece about neighborhoods that didn’t even exist when the road was first proposed joining in the fight to stop it. // The Denver Post 🔑

// Don’t throw out those old nubby crayons! An Arvada family’s business turns them into some pretty cool creations. // Arvada Press

// Man, remember Troy Tulowitzki? This is a really good narrative of the trials and tribulations of the former Rockies star as he prepares to open the season for the Evil Empire. // New York Times

// Meow Wolf’s sprawling Denver location won’t open until 2020, but an essay slamming the collective as “late stage capitalism” has sparked an interesting debate over art and gentrification. // Westword

// Ay caramba. Facebook users have told the social media giant that they want more local news. But one-third of Americans live in a place where there isn’t enough local news being shared to justify building an aggregator. // WSJ 🔑

// One way to make your Facebook feed more informative is to bounce on over to our page at facebook.com/thecoloradosun and follow the instructions in the gif below (if you can’t see the animation, click here) to get The Sun’s posts first in your feed.

// Obeid Kaifo, an Aurora resident and part of the family that operates Shish Kabob Grill in Denver, penned a powerful column about the plight of Muslims in Colorado and around the world. // The Aurora Sentinel

// Yet another federal court says that flipping off cops is protected by the First Amendment. This has been a surprisingly long-lasting debate here in Colorado, from Felisa Cardona’s blog post about such incidents from back in 2011 to the saga of Eric Brandt, recently in American flag underwear in front of the Aurora City Council, who used to ride a bike around Denver with a giant papier-mâché middle finger and an anti-police message. // BuzzFeed News, The Denver Post, Aurora Sentinel, Westword

// This has nothing to do with Colorado, but I’m sad to inform you that this year’s Minnesota State High School All Hockey Hair Team video will be its last. So make sure to savor this year’s crop of strong salad. // Game On! Minnesota🔑 = subscription required to read some content 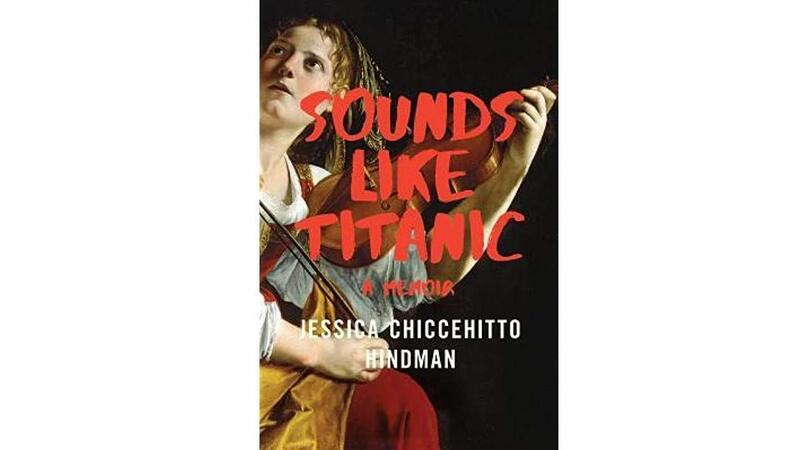 Why You Might Like It: It’s been a while since I read a whole book in a weekend. But I couldn’t put this one down. The thesis seems so simple: A memoir of a young woman who spent a few years at the turn of the 21st century touring the country playing violin — except no one could hear the sounds she made because the leader of the ensemble was blasting pre-recorded versions of his cheesy music from a $14.95 Discman through the speakers at every single show. But the resulting tale manages to be so much more than a simple memoir of a bizarre situation. It’s a timely, searing look at one of America’s recent dips into the pool of post-truth (the Iraq war, with its non-existent WMDs and vague, circular justifications), an analysis of how thin the facades of wealth and success were long before social media and a breathtaking breakdown of the hundreds of ways society tries — and largely succeeds —in breaking the spirits of young women without giving them the vocabulary to ask for help. It’s a fast read and one I’d highly recommend for everyone, but especially if you have young women in your life.

And that’s it for this opening act for on what is sure to be an eventful week. As always, thanks for reading and sharing the stories you find interesting in this newsletter (and make sure to say where you found them!).

Have a great week!

Published on Jun 5, 2020 4:11PM MDT
Crime and Courts Primary category in which blog post is published

The U.S. Department of Justice said a federal grand jury in Colorado found that executives conspired to fix prices and rig bids for broiler chickens from at least 2012 to 2017

After 12-day reopening, Arapahoe Basin Ski Area to close on Sunday due to lack of snow