Usually our weekends at The Sun are a little slow as we prepare to hit the ground running on Monday with the kind of in-depth news you expect, but we’ve had everything from caucuses to coronavirus hit our digital pages since we last had a Sunriser, so today’s newsletter is packed and we’ve got no time to waste.

Let’s stockpile these dried beans already, shall we?

Super Tuesday was in the rearview mirror this weekend as the Colorado Democratic Party held its caucuses — and with them, the first real test of the race for U.S. Senate that could be nearly as impactful as the presidential race. John Frank and Jesse Paul break down Andrew Romanoff’s big victory over John Hickenlooper and the rest of the field and how it does (and doesn’t) matter for the June primary. >> STORY + RESULTS GRAPHICS 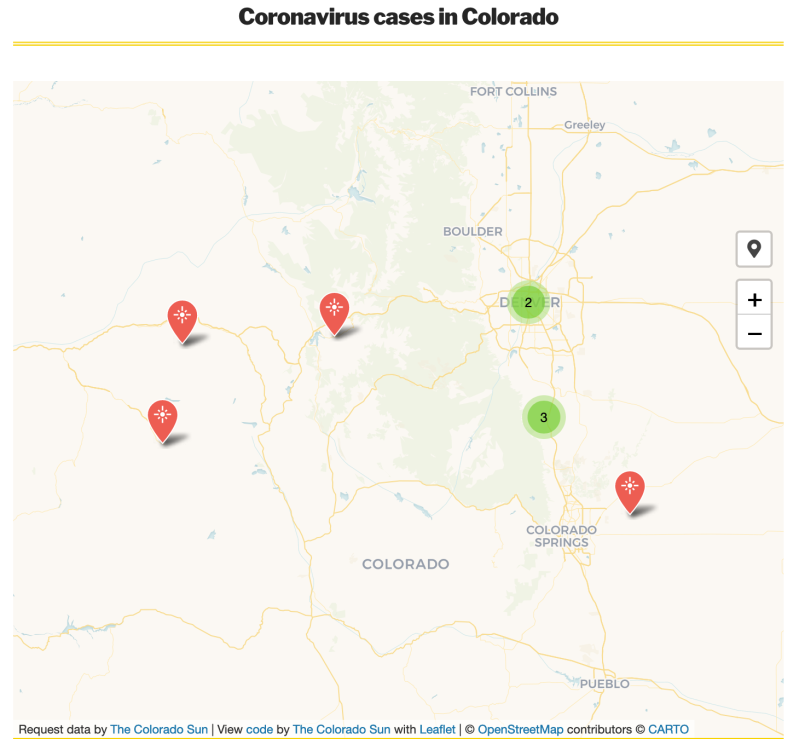 Coronavirus isn’t going anywhere, so let’s get you caught up.

For war-weary veterans, a dose of “adventure therapy” can help them ski off the war

“I just lost my wife to suicide. And the scary thing is that I’m able to compartmentalize that. It’s something I’ve been trained to do for more than 40 years; to take enormous stress and put it in a place and lock it down and then explore it occasionally. But I’m learning that I’m probably not as good at it as I think I am.”

— Paul Mundt, a participant in the Skiing Off The War program who served 20 years with the U.S. Special Forces

Jason Blevins has a powerful story from the backcountry outside Ridgway, where veterans are getting outside and taking an active approach to dealing with the trauma of war. >> STORY

As more electric vehicles are on the way, Colorado’s tax incentives begin to wind down

That’s the drop in Colorado’s tax credits for buying a new electric vehicle car buyers will see next year, right as a whole new generation of electric cars will hit the state’s market. But as Tamara Chuang writes, fewer people have been taking advantage of those credits lately anyway. >> STORY + NUMBERS

Thousands of Colorado workers already earn college credit for their time on the job. But thousands more could. 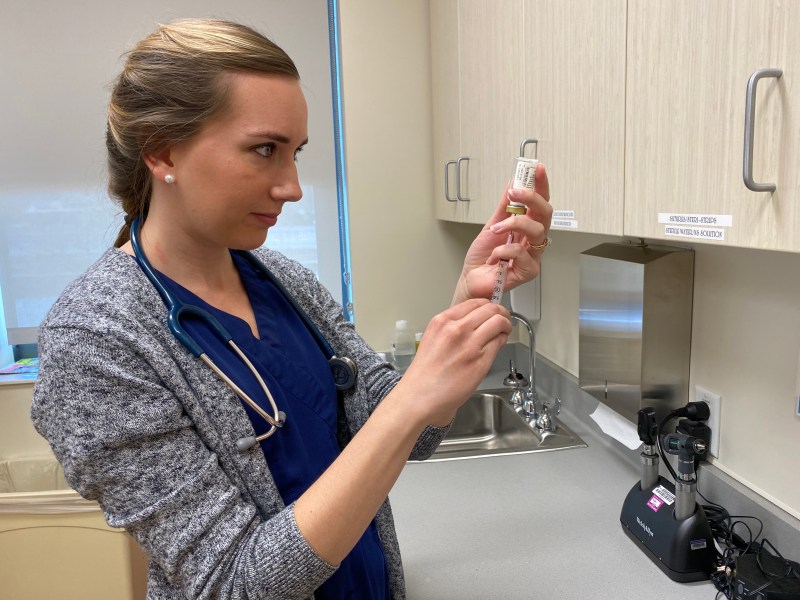 Laura Seitz, a medical assistant at Associates in Family Medicine in Fort Collins, draws up a medication on Friday. Seitz, who attended Front Range Community College, completed an apprenticeship at the clinic in order to become a medical assistant and was able to skip a few classes because of her experience learning on the job. (Erica Breunlin, The Colorado Sun)

Colorado, even with its low unemployment rate, is still facing a shortage of some skilled labor, including health care workers. Lawmakers are working on a bill that would formalize the ability for students pursuing the degrees they need while getting hands on experience in labs, running heavy equipment or getting their commercial driver’s license. Erica Breunlin has more. >> STORY 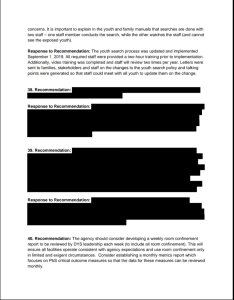 The report released Friday by the Colorado Department of Human Services was redacted.

After pressure from news outlets, including The Sun, the Department of Human Services released a report detailing a consultant’s recommendations for Lookout Mountain Youth Services Center, Colorado’s most dangerous youth lock-up facility. But as Jennifer Brown reports, many of the recommendations were fully redacted, leaving an incomplete picture. >> STORY 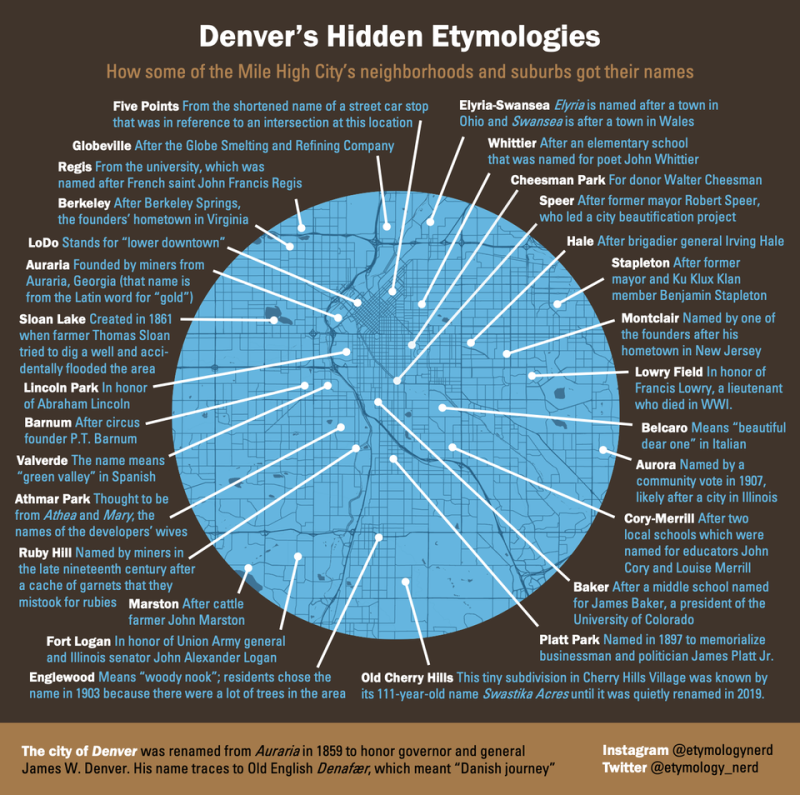 // HOW DENVER ’HOODS GOT THEIR NAMES: I’m a sucker for a well-designed infographic, and this one posted by /u/etymologynerd on the Denver subreddit is a perfect example, explaining in short bursts where some of Denver’s more unique neighborhood names came from (like the fact that Ruby Hill was named by miners who didn’t know a ruby from a red rock). // /r/Denver

// AURORA IMMIGRANT CENTER BURGLARIZED: A center for immigrants and refugees said a hammer-wielding man broke into the center to raid file cabinets and possibly made off with a backpack full of paperwork. // Aurora Sentinel

// THE LATEST “ROAD TO NOWHERE” IN NOCO: If there is one thing any rural Northern Colorado resident can tell you with utter confidence is the best strategy to get around a road crossing blocked by a train. But in this really engaging piece (even if you don’t happen to live in La Salle) Cuyler Meade explores a new Weld County road and why it’s causing more problems than it claims to be fixing. >> Greeley Tribune

// SPORTS BAR SUPPORTING SPORTS JOURNALISM: I’ve always wanted to open up a little coffee shop and/or bar as a way to build some revenue for The Sun’s journalism, but the digital sports outlet formerly known as BSN Denver, now DNVR, is one step ahead of me. Westword has more on DNVR’s new bar/studio/headquarters on Colfax Avenue. // Westword

Thanks for reading all the way down on a busy Monday morning. As always, every time you share one of these stories, you help us expand this community of informed Colorado citizens, so don’t be shy!

We’ll see you right back here on Wednesday!