Good morning! Did you vote yesterday? Or at any time in the several weeks before yesterday that you had your ballot? Well, the numbers as of this writing say that only about 35% of Colorado’s voting population decided to fulfill their civic duty, and while that number will grow a little as the final counts are made, there’s no getting around it. The minority of Coloradans who actually voted decided some major issues last night.

We’ll get into all the ramifications of those decisions below, and I promise we have interesting non-politics stories in today’s edition as well.

So let’s tally this count already, shall we? 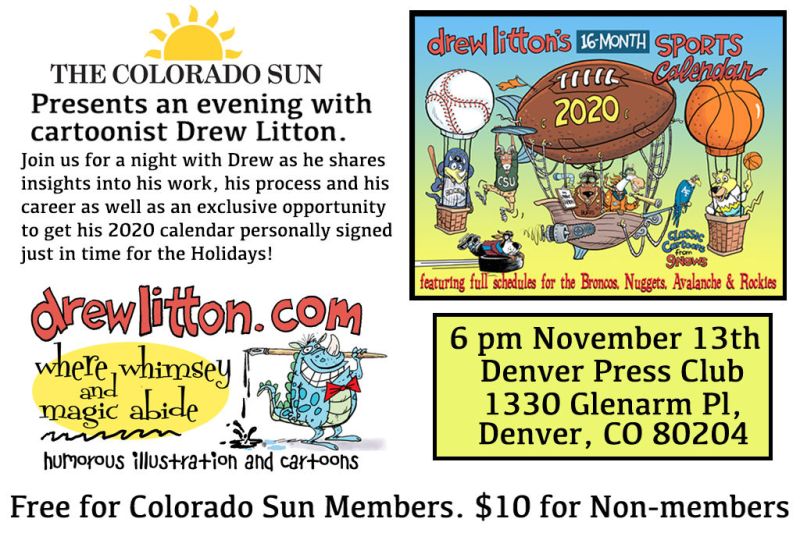 (Members: Search your email for “Drew Litton” to find your code for free admission)

No to the state keeping TABOR refunds, a close yes (maybe?) on sports betting + some interesting local elections

“I’m from not-Colorado and the idea of giving back revenue just because it was more than you expected has always been insane to me. In general, I am in favor of more government support for infrastructure and people.”

“I figure the money is more beneficial for me right now. I need the money. I’d rather have tax refunds.”

— Mason Miller, normally a Democratic voter in Denver who said he voted against Prop CC

The next fiscal fight in Colorado starts now: A bid to repeal TABOR and raise taxes on top income earners 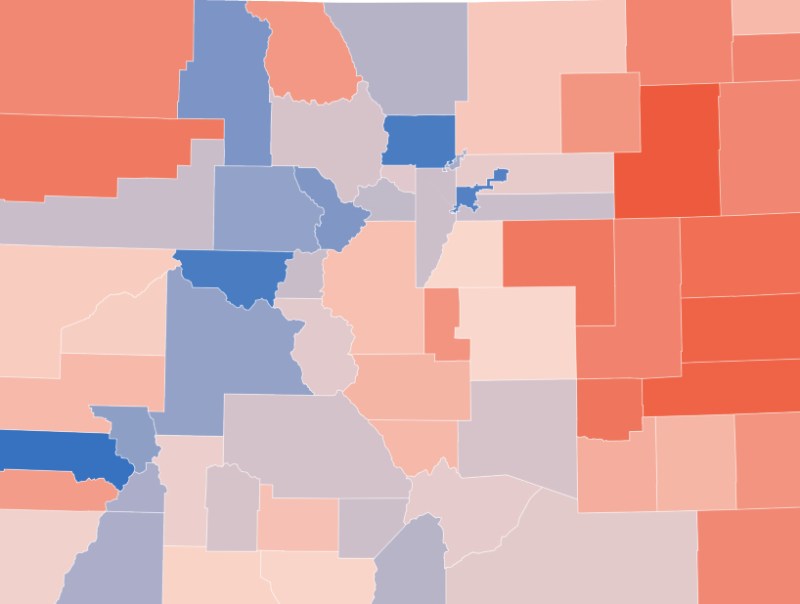 A map of the Proposition CC opposition in Colorado’s 2019 election. (Sandra Fish, Special to The Colorado Sun)

Did you think the defeat of Proposition CC meant that we were done battling over taxes? Oh, you sweet, innocent soul. While Prop. CC’s lackluster campaign, a motivated opposition and voter confusion contributed to its defeat, the 2020 election will be a completely different animal.

>> John Frank previews what could be a full TABOR repeal and a bid to create a graduated tax system. 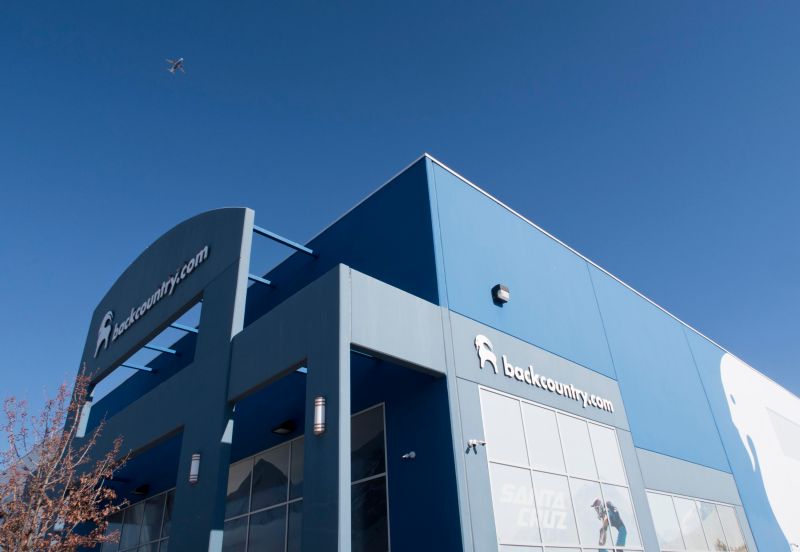 Park City, Utah -based mega e-tailer Backcountry.com is best known for online sales, but it also has a brick-and-mortar store in Salt Lake City. (Ed Kosmicki, Special to The Colorado Sun)

Since Jason Blevins’ story exposing the many trademark lawsuits filed by Backcountry.com against small businesses using the word “backcountry” was published on Thursday, a major social media backlash has sprouted, including a Facebook group with more than 8,000 members called “Boycott BackcountryDOTcom” and increased media attention.

>> Jason uncovered more cases, including emails from Backcountry’s lawyers that give insight into the tactics the company is using — and how some businesses have fought back.

MORE: If you want to learn about how we reported out this story, check out Jason’s Reddit AMA from yesterday.

For farmers in a mental health crisis, it’s often tough to seek help. A Colorado program aims to begin conversations. 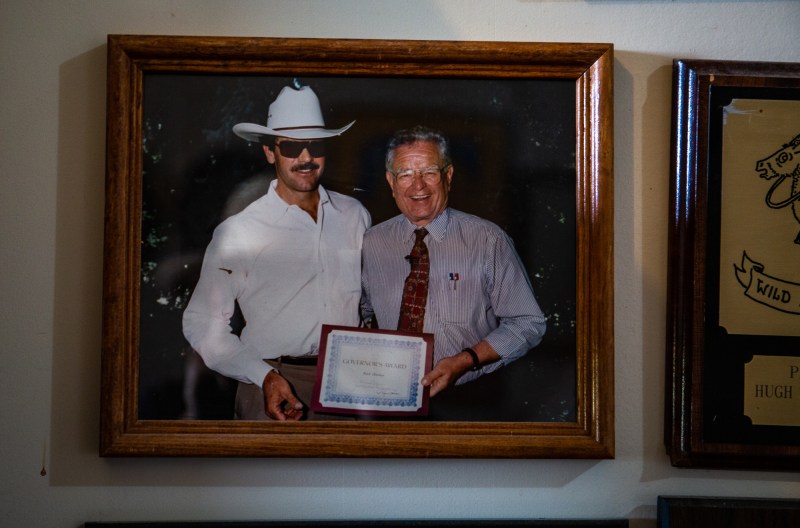 Maggie Hanna’s father, Kirk Hanna, receiving an award from then Gov. Roy Romer. Kirk Hanna received a lot of awards in his time, and the Hanna family has made an “award wall” just for him. Maggie explains that his are tough shoes to fill, but she’s trying. (Nina Riggio, Special to The Colorado Sun)

This is a cannot-skip story, folks. There’s a mental health crisis in rural America — and Colorado is no exception — that has been exacerbated by uncertainty over trade wars, generally declining income and reliance on government payments. Pair those pressures with a cultural resistance to ask for help, and you can see why farmers like Maggie Hanna — whose father, Kirk, died by suicide when she was 9 — are working with the state’s new agriculture commissioner to get that conversation started.

>> Take some time and read through this story from Joe Purtell — including the raw numbers on farming in America.

How do you keep future engineers interested in space? Let them design robot cars 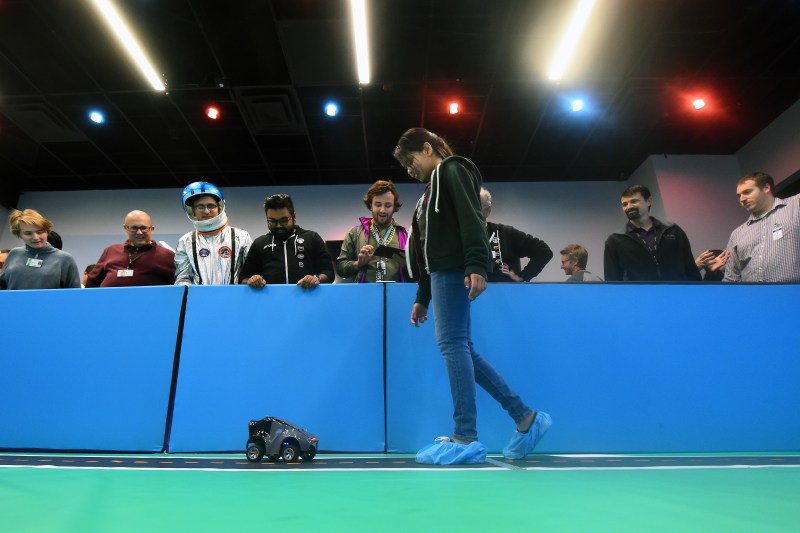 The Colorado aerospace industry is perpetually in search of homegrown engineering talent — and almost always coming up short. So Lockheed Martin Space Systems is working out new ways to keep their future workforce excited about space.

>> Tamara Chuang looks at the future of space work in Colorado — and how it is beginning with four wheels on a track.

If you missed the Colorado Sun Book Club’s inaugural meeting last week, we’ve got another one on the horizon. Author Rory Kress will join us at 7 p.m. on Monday, Nov. 18, at BookBar to talk about her Colorado Book Award-winning look at where dogs come from, “The Doggie in the Window.” If you share your life with a dog, or even if you just think they’re cool, Rory’s deep dive will teach you things you probably never knew about puppy mills, rescues and even the political clout behind some breeders. You can sample an excerpt here, and read a little more about Rory here.

It’s not required that you read the book ahead of time. The event is free and very informal, but please RSVP here. And don’t forget about our special deal for book lovers: Become an annual Colorado Sun member starting at $5/month and we’ll buy you any book up to $25 at BookBar. Just go to coloradosun.com/join and type in the code: BOOKCLUB.

// In the wake of Prop. CC’s failure, let’s throw back to July for context, when Brian Eason crunched the numbers on just how far behind Colorado is on funding road maintenance, let alone expanding other forms of transportation to improve traffic conditions. // The Colorado Sun

// The New Mexico/Colorado chile war is the lede on the latest episode of my favorite non-comedy podcast, 99 Percent Invisible. But the battle between Hatch and Pueblo is just the teaser: The real story is about how consistent labor shortages have farmers attempting to design a more consistent, easier-to-harvest pepper that can be picked by machine. Listen (or read) here.  // 99 Percent Invisible

// Sometimes a picture (of an overturned log-hauling truck spilling wood all over I-25 yesterday) really is worth 1,000 words. // CSP Pueblo

// A 49-year-old Polish immigrant is now one of the Greeley police department’s newest rookies. // Greeley Tribune

// There are more moose than ever in Colorado, and that means hunting is being encouraged to manage the non-native population. // Aspen Public Radio

// If I put the words “beer” and “spa” next to each other, do they mean anything to you? A French immigrant who says his grandparents washed their hair and skin with beer wants to make it a business on the edge of Five Points. // Business Den

// As Jesse noted on Twitter, this is a once-in-a-lifetime lede: “John Paul Coonrod had a banana problem.” Colorado-based New York Times correspondent Jack Healy has an excellent piece about how the places that grow America’s food are having trouble buying it for themselves. // The New York Times 🔑

// This is a great feature on a cool dude, but I can’t help but read this headline like it’s describing some sort of St. Vitus’ Dance medical condition: “Hesperus man has been cutting wood for 30 years, and he can’t stop.” // Durango Herald

// If you’re only looking at the stock market to judge how healthy an economy is, you’re doing it wrong. This series of Fast Company articles lays it out pretty starkly: In the modern American economy, a large percentage of the population can have a full-time, pretty good job and still not be able to afford to retire, afford a doctor or afford to have kids. // Fast Company

Today’s thing comes from Sun reader Nic Morrey.What’s your thing? Send us an email at things@coloradosun.com and you could be published in a future Sunriser!

The Thing: A sous vide circulator (Starting at about $60 on Amazon)

Why You Might Like It: Perfect poultry? Succulent steaks? Every time? Fancy French cooking gadgets are now affordable, and that means no more excuses for the hockey pucks coming off of grills. Sous vide cooking, or water immersion cooking, is incredibly easy. Cookers allow you to control temperatures to within half a degree, leave moisture within the food intact, and tenderize evenly with little cleanup beyond a Ziploc bag. For foods like steak, you can consistently make better-than-restaurant-quality meats by pulling out perfectly cooked cuts and searing them in a pan for a minute per side. Every time. It’s not cheating, it’s worth it.

(Editor’s note: If you have the storage space and you’re ready to get serious about sous vide, pick up a dedicated container with a lid to get your water up to temperature even faster here at higher altitudes. — Eric)

Thanks for catching up with us here in The Sunriser and throughout the run-up to this election. It’s not an exaggeration to say that people like you who consistently read The Sun were some of the most informed voters out there.

We’d like to inform a whole lot more Coloradans over the next year in advance of the 2020 election. Sharing our coverage of politics (and the much more fun non-politics topics) with your friends and family is an important part of building this community of highly informed voters. Send them over to http://coloradosun.com/newsletters so they can join up for free.

And with that, I’ll let you get back to the rest of your week. I’ll see you back here on Friday!