Good morning, folks, and welcome to fall. The actual sweater-wearin’, cider-sippin’, stew-makin’ version of fall, not the summer-in-disguise we dealt with through most of September.

But if you live or do business in Denver, don’t be fooled: It’s still street sweeping season for the rest of October. Keep an eye on those signs and don’t get saddled with a ticket as a surprising number of my Cap Hill neighbors were yesterday.

OK, we’ve got a bushel of news to get to so let’s rake these leaves already, shall we?

Speakers, film and performance melded in a powerful, four-day experience in Telluride Oct. 3-6. Get your tickets here.

Colorado’s “doubled-up” households have surged since the recession. That could prolong the housing crunch.

Denver resident Eva Bray, 24, poses for a portrait in her condo in Denver’s Capitol Hill neighborhood in which she transformed a “flex space” into the nonconforming third bedroom. (Andy Colwell, Special to The Colorado Sun)

Whether by teaming with traditional roommates, piggybacking with family or renting space from senior homeowners, Coloradans have embraced shared living spaces in significantly greater numbers than just before the Great Recession.

Sometimes, a single statistic can tell you so much. Kevin Simpson looked at the number of people “doubling up” in existing homes in Colorado and came away with a story that deals with the cultural impact of immigration, seniors aging at home, the metro area’s housing crunch and manages to deflate some of the most pervasive myths about millennials.

>> What are you waiting for? Click through to read Kevin’s story, and I promise you’ll learn something new.

Congress is weighing whether to give marijuana businesses access to banks. In Colorado, that’s already happening.

“This is the first time any marijuana legislation has gotten a full hearing, a markup and passed one house or the other ever since marijuana was made illegal.”

The SAFE Banking Act — which would allow legal marijuana businesses to participate in more traditional banking services like accepting credit cards and receiving loans — heads to the Senate. But as Jesse Paul reports, as many as 35 banks and credit unions are already doing business with pot companies in Colorado — and the feds know all about it.

>> Read Jesse’s snapshot of the world of marijuana banking here.

After haunting Colorado for three decades, there is new hope in the Jonelle Matthews case

“Before then, the kids would walk to school and walk home. But afterward, we all started taking the kids to school and picking them up, simply because we didn’t know why she disappeared.”

The disappearance of Jonelle Matthews changed a generation of kids and law enforcement in northern Colorado, but the discovery of the remains of the 12-year-old girl and the revelation of a new person of interest have thrust the case back into the spotlight.

>> Read Carol McKinley’s exploration of the impact of the case plus an exclusive interview (with audio) of the person of interest — that Jonelle’s family finds “bizarre.”

Old iPhones get ready to be recycled after consumers toss them because of broken screens or dead batteries. The Right to Repair movement wants manufacturers to make it easier to repair tech gadgets so consumers don’t feel the only option is to upgrade. (Tamara Chuang, The Colorado Sun)

I felt like a genius in my early 20s when I successfully replaced the cracked screen on my pack-of-gum-shaped iPod nano using a $10 kit I found on eBay. But in the 14 years since I was able to self-repair the device I bought with my hard-earned money, tech companies have purposefully made devices harder to repair, pushing more expensive upgrades instead.

>> Tamara Chuang talked to the Colorado Public Interest Research Group about how they are challenging the massive tech industry for the Right to Repair. 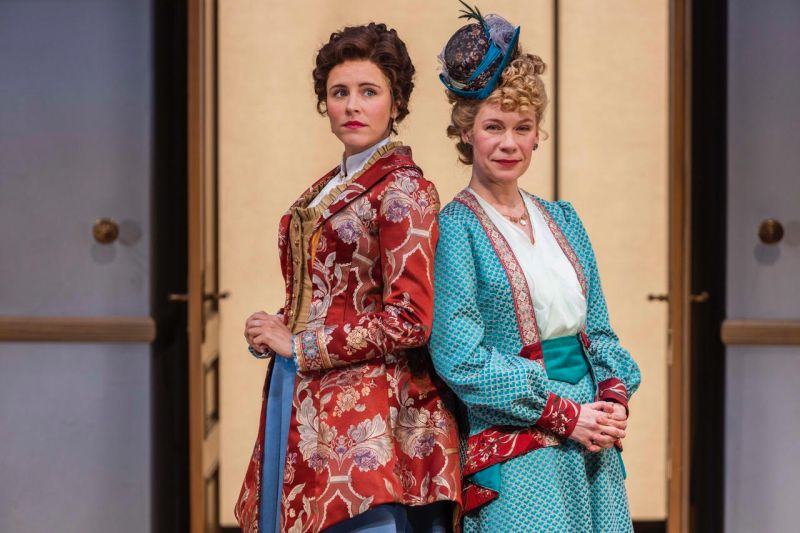 Marianna McClellan as Nora in “A Doll’s House,” left, and Barbra Wengerd as Nora in “Part 2.” (Photo provided by Adams VisCom)

Looking to get the word out about your business, event or nonprofit? Try underwriting The Sunriser, with one of the fastest-growing, most engaged audiences in Colorado. Email underwriting@coloradosun.com for rates and availability.

// The workers who cut slabs of “engineered stone” for countertops are developing permanent lung disease and even dying. Denver’s National Jewish Health is in the middle of the research, saying the developed disease is similar to ailments suffered by gold and silver miners. // NPR

// The basic problems keeping Denver TV stations out of southwest Colorado haven’t changed, but thanks to a private club and some rigged up antennae, some programs are making it to places like Durango. // The Journal

// You may not tune into WMV, the Fort Collins radio station that is the oldest in the U.S., but your clock might. KUNC’s Michael De Yoanna looks at how the station is prepping for a major catastrophe, not just helping you set your watch. // KUNC

// “Is pot part of Denver’s ozone headache? That’s what researchers want to find out.” // CPR News

Why You Might Like It: Are there three more momentum-draining words to hear than “What’s for dinner?” It doesn’t matter how great of a cook you are, the mental energy of coming up with cheap, tasty, somewhat healthy meals can be draining — which is why boxes like Hello Fresh were briefly a billion-dollar business and some diehards have become obsessed with meal prep. The free “Meal Action Plan” newsletter from WaPo is somewhere in between those extremes, and therein lie the advantages.

Every Thursday, you get an email containing three recipes based on a theme (because it realistically assumes you will still eat out a few times a week) + a shopping list built for efficiency + a list of stuff you can do in advance. Here’s the first week, centered around a big batch of homemade tomato sauce. The best part of this limited series is that it’s free, and by the end, there will be 12 weeks of recipes you can return to whenever you need inspiration.

Thanks for spending your first chilly Wednesday of the season with us.

I received a few technicolor leaf shots from Sunriser readers over the last few weeks, including this shot taken near Aspen by Shawn Rosvold. 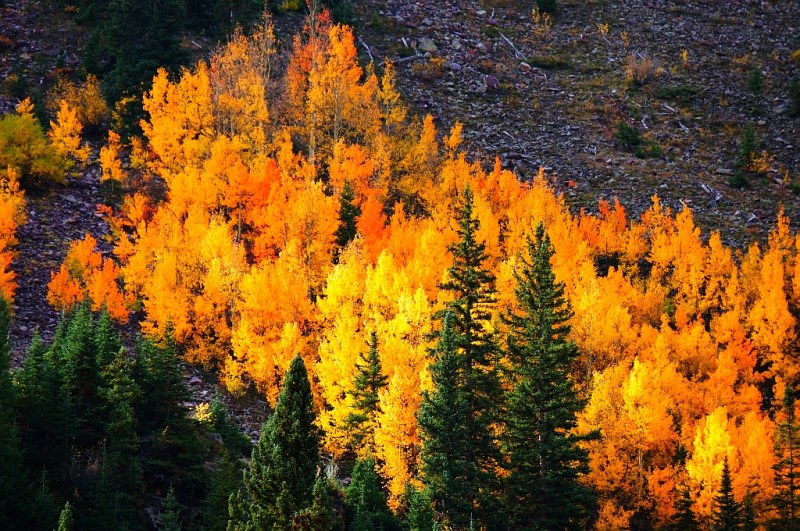 I’m declaring my inbox an all-things-fall clearinghouse, so keep your photos, recipes, activity suggestions and anything else you consider autumnal coming to eric@coloradosun.com.

And as always, please remember to tell all your people about the stories you found interesting in this newsletter. Readers like you are the best way to ensure The Sun can grow the Colorado community we’re building here.

Have a great week and we’ll see you back here on Friday!