G’morning and welcome to Friday. Could it really be that the summer is all but over? Maybe not the hot weather, baseball and grilling, but the back-to-school mindset (even for those of us who haven’t seen the inside of a classroom since the Carter Administration) will take over in about a week or so, and it’s back to business … too soon.

That said, the news never goes on summer break, and we’ve all worked overtime to keep the good stuff coming, as you are about to see.

So let’s fill this 3-ring binder, shall we?

The new Beer Lover’s Colorado (2nd edition) is the definitive guidebook to the state’s best beer, all narrated by The Colorado Sun’s John Frank. Attend the launch party July 31 in Denver! 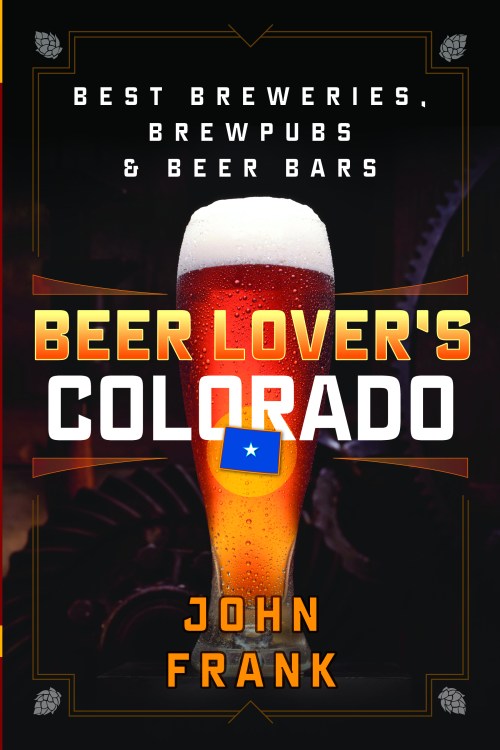 How a brow-raising, collective fundraising approach is helping Cory Gardner gather the cash to defend his Senate seat

“They’re tapping into the same donors who can only give them less than $3,000, and hitting them up for tens of thousands or more — six figures in some instances.”

The battle for Gardner’s seat is expected to be crazy expensive, and the Republican incumbent has employed something known as JFCs — joint fundraising committees — to work around rules designed to limit political donations. He’s not the only one, but he’s taking it to a top level by employing 10 of these instruments to fuel his campaign.

>> STRENGTH IN NUMBERS, EXPLAINED Sun political writer Sandra Fish dives into Gardner’s fundraising numbers and lays out the financial strategy that leverages the higher limits on joint committees to multiply donations far beyond the lower limits on direct giving. And with Democrats targeting his seat, the fundraising numbers when this race is done could make campaign finance reform advocates’ heads explode. 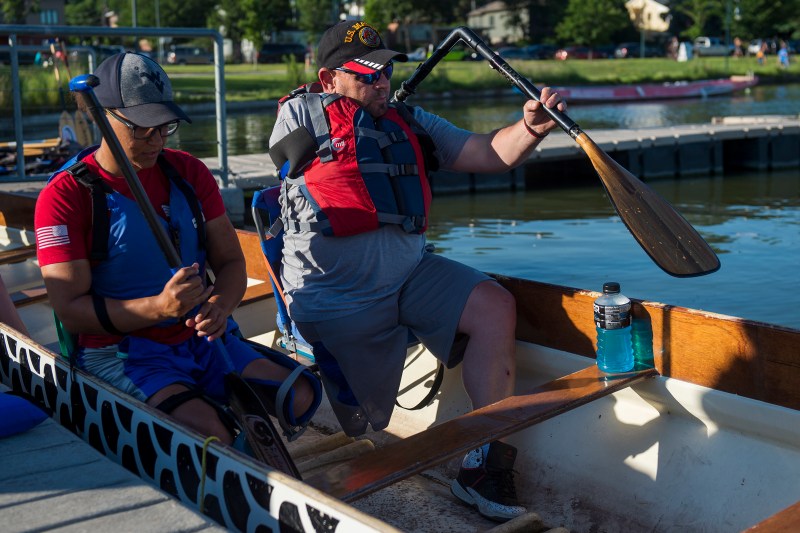 Gary Verrazono checks his paddle to make sure the harness is sitting correctly on his shoulder before Dragon Boat practice at Sloan’s Lake on July 16, 2019 in Denver, Colorado. This year’s Dragon Boat races will feature three teams made up of persons with various disabilities. (Photo by Seth McConnell, Special to the Colorado Sun)

“It is, as you can imagine, a fringe sport. But it’s growing rapidly.”

From their traditional roots with a poignant backstory to the wildly popular festivals and competitive races, dragon boats have come a long way. Saturday marks the 19th Colorado Dragon Boat Festival, and while cultural elements remain embedded in the event, there’s also an ever-expanding competitive side of a sport that now even holds its own championships.

>> IMAGINE DRAGON BOATS AS INTERNATIONAL SPORT As the Sun’s Tamara Chuang reports, dragon-boat races run the gamut from teams of novice corporate entries to highly skilled teams that increasingly have included athletes with disabilities in their ranks (11 such teams will paddle at Sloan’s Lake this weekend). The sport even has its own national governing body and is charting a course toward inclusion in the Paralympics. Through it all, the founders of Denver’s race hope the cultural underpinnings can endure. 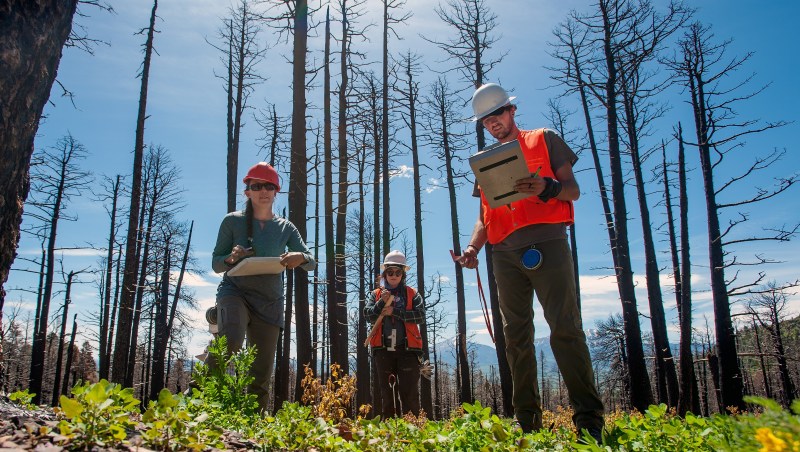 Anyone who values the region’s high-altitude forests should join Colorado Sun contributor Mark Jaffe on his fascinating and highly informative hike through the high country, where fire, moisture and bugs are key players in altering ecosystems that hadn’t changed much in centuries — until now. We’ll just let the story speak for itself…

>> “THE HEAT OF A WARMING PLANET, like an artist’s palette knife on a canvas, etches its way across Western forests, slowly altering ecosystems that have flourished for centuries.”

Do you like books that hit the ground running and pull you in with multiple plotlines that will converge, 200 pages later, in a heart-thumping climax? Then this week’s SunLit excerpt is right in your wheelhouse. J.M. Mitchell, who formerly worked for the National Park Service, brings that experience to bear in the thriller “Killing Godiva’s Horse.” In the excerpt, he deftly frames his storylines involving rhinos, wild horses, politics and dead bodies in scenes from Kenya to Washington, D.C. And in the SunLit interview, he explains how his years in the parks inspired him to pursue this genre. 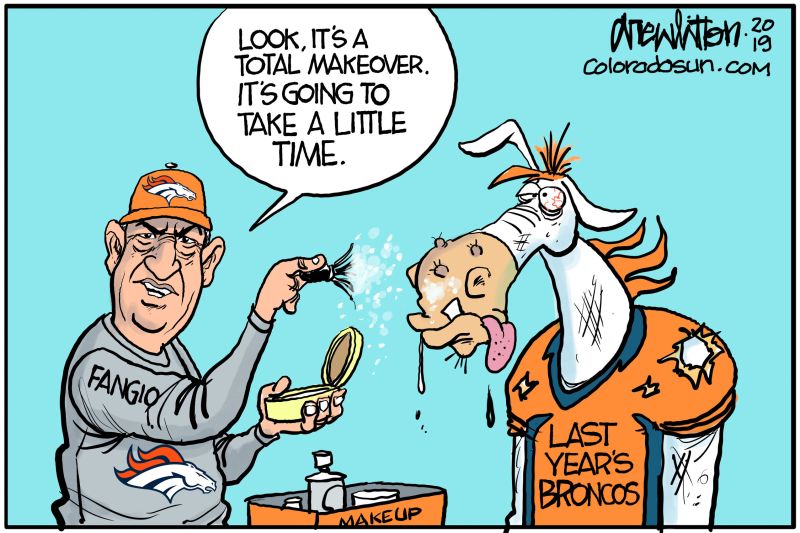 // Been jonesing for a Broncos fix? Drew Litton takes you behind the scenes of new head coach Vic Fangio’s makeover as training camp begins to shape the newest edition of the team.

// TABOR was in the news again this week, as a federal court revived a lawsuit that challenges the law. How do you make a cartoon out of that? Let Jim Morrissey put his pen to the task, that’s how. Check out his take.

// What does it mean to go viral? For Ossie’s mom in “What’d I Miss?” it means generations of history come flooding back and make her fear for what the attention might mean for a black man today.

There’s plenty of good beer this weekend. Friday, Seedstock Brewery in Denver is releasing a virtually extinct beer style called the Broyhan. And Saturday, Hops & Pie in Denver is celebrating the most popular modern style, IPAs, with its Hop Fest. Don’t miss the special collaborations with Westbound & Down Brewing. And a quick plug: Next Wednesday, July 31, join me at Fiction Beer Co for the release party for my new book, “Beer Lover’s Colorado.” Details here.

Love journalism? Love Colorado? Then consider underwriting The Sunriser with a message about your business, event, book, program or anything else you want to share. Email underwriting@coloradosun.com for rates.

// The remains of 12-year-old Jonelle Clark were found at an oil and gas site near Greeley this week. She went missing in 1984 and as recently as 18 months ago, Greeley cops said they still had a person of interest in mind. // AP, CSU Advanced Reporting

// Denver Public Schools used to start the academic year with many unfilled paraprofessional positions, but now has launched an all-out effort to attract applicants for positions serving its more than 10,000 students with disabilities — by offering better pay and additional training. // Chalkbeat

// At Coors Field, you can still hear rhythmic echoes of fans chanting “Tu-lo!” Which is why it’s particularly sad for Rockies fans to hear that star shortstop Troy Tulowitzki, trying to revive his recently injury-plagued career with the New York Yankees, has decided to retire. // ESPN

// A First Amendment controversy has erupted in Fraser over the town’s sign code, which officials have cited in demanding the removal of a resident’s anti-Trump placards and others urging action on climate change. (FWIW Fraser’s first Mountain Mural Festival starts today.) // The Denver Post 🔑

// A man identified by a right-wing activist as responsible for the flag-burning incident at GEO Group’s immigration detention facility says he wasn’t even in Colorado at the time. Meanwhile, heated words over the protest also have roiled the Aurora city council. // Westword

// Aside from all the meaty puns — “the steaks are high” — the move to restrict what foods can wear the label of terms like “burger” seems to be gathering momentum in the U.S. and abroad, to the dismay of the makers of plant-based substitutes. The controversy showed up in the Colorado legislature earlier this year. Remember in 1991 when lawmakers passed a bill creating vegetable libel law?  // KUNC, Denverite, Washington Post

// 9News’ Kyle Clark weighs in on the balance between aesthetics and safety on Denver’s streets in this segment from “Next.” // Twitter

// If BLM’s headquarters is moving to the Western Slope, why not Colorado Parks & Wildlife, too, state Rep. Matt Soper, R-Delta, wonders. He and Gov. Polis have been talking about it already. // CPR

// Is it possible to appreciate clouds more than the drama of Colorado’s skies demand? Yes, yes it is. There’s a society of folks committed to exactly that activity. And they’re worried about climate change. // Reuters

The Thing: Car restraint for your dog. At pet stores everywhere and online.

Why You Might Like It: If you’re old enough to remember when seat belts didn’t exist, you no doubt have (fond or perhaps chilling) memories of all the stuff kids did on all those trips, whether around town or cross-country, that now make you shake your head and wonder: What were people even thinking? Now the vast majority of us click in without even giving it a second thought. So what are we thinking when we pile our fur babies into our vehicles unrestrained? The concept of car restraints for dogs isn’t new, but it’s gathering momentum, and is even the law in eight states (though not Colorado). Like seat belts for people, it may take a while before they’re fully adopted, but while you consider the possibilities, here’s a sampling of some of the products on the market. There’s quite a range, from full harnesses to leashes that clip into seat belts. Something to think about.

OK, it’s another week in the books. Thanks for reading, and especially for sharing what you like in the Sun with your friends, family and social media circles. This is how we grow our readership — with your help and, of course, your commitment to quality local journalism by becoming a member.

It’s so easy. Just go to coloradosun.com/join and let us know you’re with us, starting at only $5 a month.

If you prefer to ease into our community, or already have joined, consider urging others to sign up for our free newsletters (coloradosun.com/newsletters). If you’d like to support us even more, and show off your business to an incredibly engaged readership, talk to us about our underwriting opportunities by emailing to underwriting@coloradosun.com.

And finally, enjoy these precious, warm weekends while they last, and we’ll see you Monday.