Denver’s 35th Annual Marade kicks off this morning in honor of the civil rights leader and I always like to use this opportunity to remind people to look a little deeper into Dr. King’s writings — beyond the cherry-picked speeches like “I Have a Dream” — to see a man whose ideas on America’s economy and the power of media feel as relevant today as ever.

We have stories about reinventing child welfare, the Constitution and something called “terror management” waiting for us in today’s Sunriser, so let’s just stack these blocks already, shall we?

Book Club is back! The Colorado Sun Book Club will convene on Monday, Feb. 24, at BookBar to talk with author Diana Holguin-Balogh about her historical novel, “Rosary Without Beads,” a tale built around Old West gunfighter Billy the Kid and a conflicted young woman who’s drawn to him. The event is free but please RSVP here.

Most money spent in the child welfare system comes after kids are in foster care. What if that’s backwards? 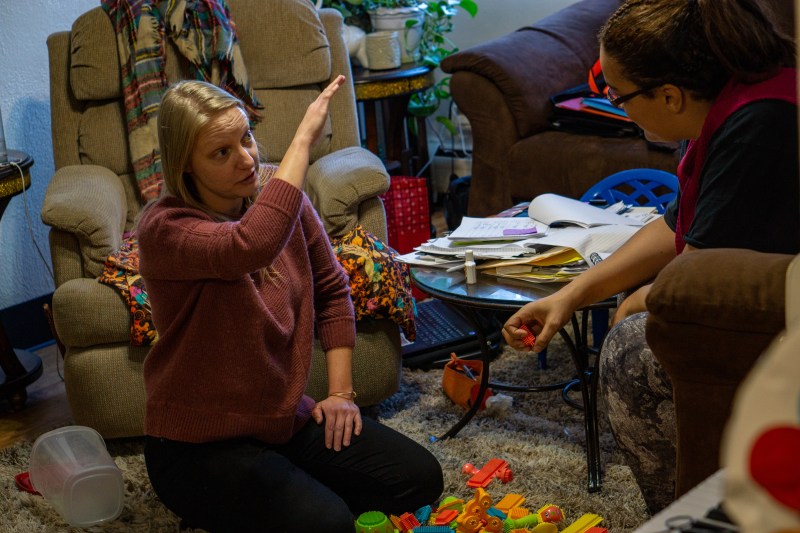 Erica Sullivan, an early childhood clinician with the Tennyson Center for Children, talks through parenting exercises during a session with Jessica, a young mother who has been learning ways to work with her 3-year-old son, Michael. (Eric Lubbers, The Colorado Sun)

“We think we will show it’s cheaper to intervene earlier, that it’s less traumatic, that a family does not have to continue to get worse before they get help.”

What if the child welfare system could help kids sooner? Before they end up in the kind of mental health crises that put too many kids — especially teenagers — into foster homes? Jennifer Brown writes about a massive, multimillion-dollar experiment to get services to kids in families that are “wobbly” — without secure food or housing or that lack parenting skills — but wouldn’t normally be eligible. And the people behind the experiment say it could not only be more effective, it could be significantly cheaper than the current system. >> STORY + PHOTOS

Quick aside, I had the chance to photograph one of these parenting skills sessions in action and it was pretty remarkable to watch two grown women play with blocks — and hear firsthand how much the sessions changed one mother’s relationship with herself and her son.

Jessica, right, plays with blocks and imitates the behavior of her son, Michael, while Erica Sullivan from the Tennyson Center for Children demonstrates ways to stay engaged with her son while discouraging damaging behavior. (Eric Lubbers, The Colorado Sun)

Why the U.S. Supreme Court hearing Colorado’s faithless electors case is a really big deal for 2020 and beyond

“If the other side’s argument wins, that means if an elector took a bribe, the state is powerless to do anything. And I view that to be untenable, both as a matter of text of the Constitution and of common sense.”

The Electoral College — which two of the last three presidents of the United States have used to take office despite losing the national popular vote — has been under scrutiny for years. Now, the case involving three Colorado electors attempting to switch their final votes away from what Colorado voters chose in 2016 could become the U.S. Supreme Court’s strongest statement on the system by which America elects its presidents.

Jesse Paul talked to people on both sides of the case and constitutional scholars for context about how Colorado plans to win the case and its origins. >> STORY

“Why are older people dying more? That’s a weird phenomenon. You would think it’s the opposite.”

From 1950-90 the average age of victims of avalanches was 27. From 1990-2019, the age rose to 33, a significant jump by research standards. Sun contributor Stephanie Maltarich explored why that number is creeping up, including the theory I’m going to be thinking about for a long time: “terror management,” aka the idea that as one ages and confronts mortality, one might engage in riskier behavior. This is a fascinating read you don’t want to miss, even if you aren’t hitting the backcountry any time soon. >> ANALYSIS

“Because these platforms actively compete with the very businesses that rely on them, what may be portrayed as an innocent change could very well be a deliberate strategy to crush any existing or potential competition,”

“The documents appear to be a request for information related to alleged violations of civil immigration law. Based on these facts, we are denying your request.”

— Chad Sublet, Senior Counsel to the Department of Safety in Denver

Book Club is back! The Colorado Sun Book Club will convene on Monday, Feb. 24, at BookBar to talk with author Diana Holguin-Balogh about her historical novel, “Rosary Without Beads,” a tale built around Old West gunfighter Billy the Kid and a conflicted young woman who’s drawn to him. The event is free but please RSVP here.

// AS STREETSBLOG DENVER TRANSITIONS, A LOOK AT TRANSIT: Streetsblog Denver, a site that used advocacy journalism to promote better walking/biking/transit in town, laid off its only full-time staffer. As they hand off the website to become a different kind of resource, let’s just check in on a few recent stories about getting around Denver:

// LYONS HAS A NEW NEWS OUTLET: Welcome to the online-only news space, Lyons Recorder! The new outlet covering the Boulder County town has already covered how to run for mayor, affordable housing, and flood mapping in its first few weeks. // Lyons Recorder

// ICE CLIMBER KILLED IN AVALANCHE SOUTH OF OURAY: A falling block of ice triggered a small avalanche that swept a 44-year-old Seattle woman into a gorge south of Ouray, killing her and becoming the first avalanche victim of the season in the county. // Ouray News

// A THREAD ON LIFE AFTER HOMELESSNESS: I’ve lived and worked near homelessness my entire adult life, seeing both success stories and — unfortunately — too many people who have been unable to escape the cycle. A reporter from the Houston Chronicle had a Twitter thread (and story) that really hit home something I’ve seen firsthand in efforts to help people: After years of being in survival mode on the streets, even basic comforts like a coffee maker or air conditioning can be overwhelming. If you’re looking for something closer to home, Jen Brown wrote about (and I photographed) a new housing complex in Denver that actually considered those traumas from the design up. // Houston Chronicle, The Colorado Sun 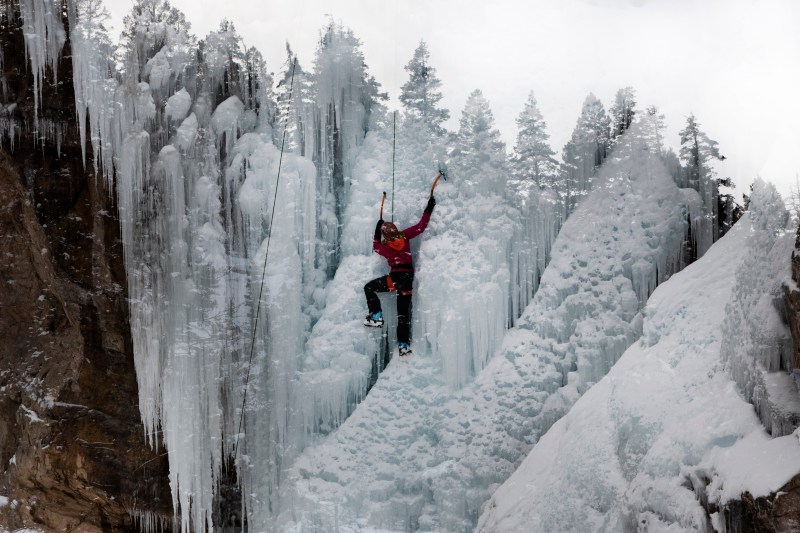 Through an in-camera double exposure a climber works their way up a column of ice photographed over an image of a of trees over the Ouray Ice Park Sunday January 5, 2020. (William Woody, Special to The Colorado Sun)

That’s it for your Monday Sunriser, folks. I hope you find a way to honor Dr. King’s legacy of service today, whether you have the day off of you have to work. And even if you can’t get out and volunteer, just injecting a little bit more kindness and empathy into the world can help push things toward the justice he sought.

Let’s have a great week, shall we? We’ll see you back here on Wednesday.