We’ve officially rounded the first corner of the Holiday Grand Prix, and now is no time to lay off the gas. Clearly, you all were busy enough to leave 19,000 seats empty at Mile High yesterday (though it’s not like the Broncos have done much to earn your attention this season).

We have our usual cocktail of challenging, informative and uplifting news ready for you in today’s Sunriser, so let’s melt this tundra already, shall we?

Supporting local journalism is supporting a strong democracy. It’s that simple. If you want to make an immediate difference in your state (and get some cool free Colorado Sun merchandise), head to coloradosun.com/thanks right now and become a member for as little as $5/month. This offer ends in just a few hours!

These employees survived the Planned Parenthood shooting. They say the organization could have done more to help them.

“[It is] clear that Dr. Boyd is substantially dissatisfied with, and lacks trust in, both the organization’s management and its operational policies and procedures.”

It’s been four years since the five-hour Black Friday attack on a Planned Parenthood clinic in Colorado Springs that left three people dead and nine others wounded. But since that deadly day, employees who were in the health care center as the shooting unfolded say Planned Parenthood of the Rocky Mountains has not provided enough support for them in the aftermath of the attack.

>> STORY: Jesse Paul interviewed four former employees about life after the shooting, what support they say they are missing and PPRM’s response. There are also harrowing details from the attack, which have not previously been reported.

— The number of people killed so far in an outbreak of measles in Samoa.

Colorado continues to have one of the lowest state rates of immunizations against measles, mumps and rubella in the country at 87.4% (the Centers for Disease Control and Prevention recommends a population have 95% vaccination to protect those who can’t medically be vaccinated). But when you zoom in on some of Colorado’s most populated counties, like Denver and Douglas, that rate drops even lower. After legislation to make exemptions harder died in the legislature this year, Gov. Jared Polis issued an executive order to increase education to improve rates. 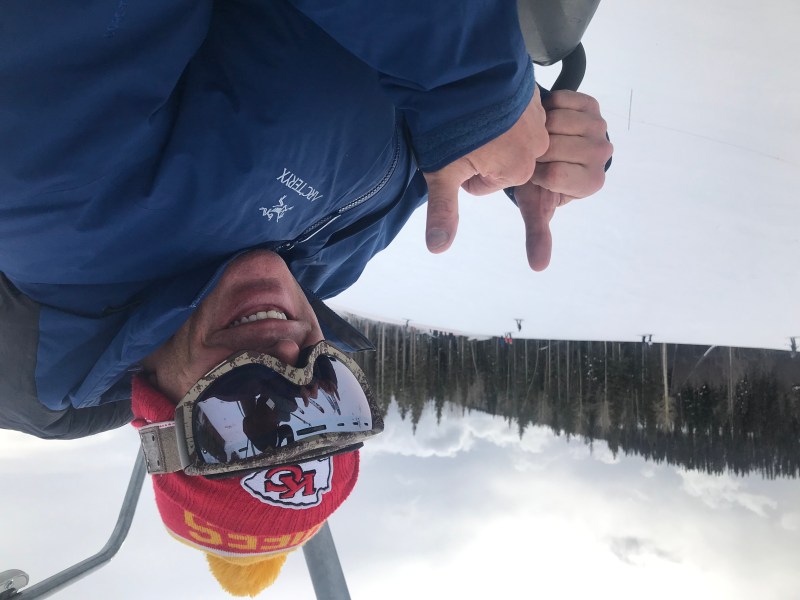 Veteran ski writer Rob Story returned to snow on Thanksgiving Day after missing the 2018-19 season with an injury. (Provided by Rob Story)

“I missed the second-most fluffy winter Telski ever recorded. The last time I goose-egged an entire ski season, Nixon was still in office.”

If you weren’t already thankful for your health, this column from longtime journalist Rob Story on his missing out on last year’s frankly incredible ski season will inspire you to take advantage of it as much as possible. And if you or someone you know is battling an injury or illness, this is an inspiring piece of encouragement and adaptation.

>> COLUMN: Dig into a story of gratitude, hard work and so much snow. 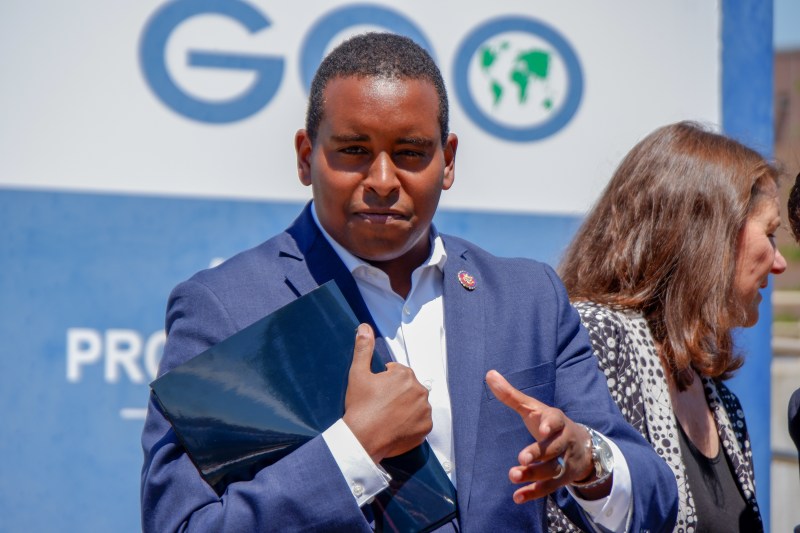 U.S. Rep. Joe Neguse, D-Boulder, speaks to reporters outside the GEO immigration detention center in Aurora on July 22, 2019. He is on the U.S. House Judiciary Committee. (Jesse Paul, The Colorado Sun)

With the holidays behind us, the impeachment inquiry into President Donald Trump is moving into a House committee where freshman U.S. Rep. Joe Neguse, D-Lafayette, and Colorado GOP chairman and U.S. Rep Ken Buck, R-Windsor, both sit.

>> ANALYSIS: Mary Clare Jalonick with the Associated Press breaks down how this stage will work, who else is on the committee and which other committees will participate.

ALSO: Don’t miss Nancy Lofholm’s great story about the revival of apple orchards in southwest Colorado, where as many as 500 varieties had been planted in the area prior to 1930.

What are you up to on Dec. 16? RSVP for the next Colorado Sun Book Club meeting at 7 p.m. Monday, Dec. 16, at BookBar, 4280 Tennyson St. in Denver. This month’s featured guest is author Nick Arvin, who will talk about his Colorado Book Award-winning novel, “Mad Boy.” The story traces the epic journey of a young boy during the War of 1812 as he tries to fulfill his mother’s dying wish to be buried at sea, and to free his father from debtors’ prison. Read an excerpt here. The event is free to all and provides a relaxed setting to chat with the author about his craft.

// “I CAN’T FARM IF I’M DEAD.” We’ve written extensively on the pressures facing farmers and the mental health crises they can often face. This essay from Michigan farmer Ivy Pagliari is one of the most powerful first-person accounts of this pressure I’ve ever read. // The Colorado Sun, Modern Farmer 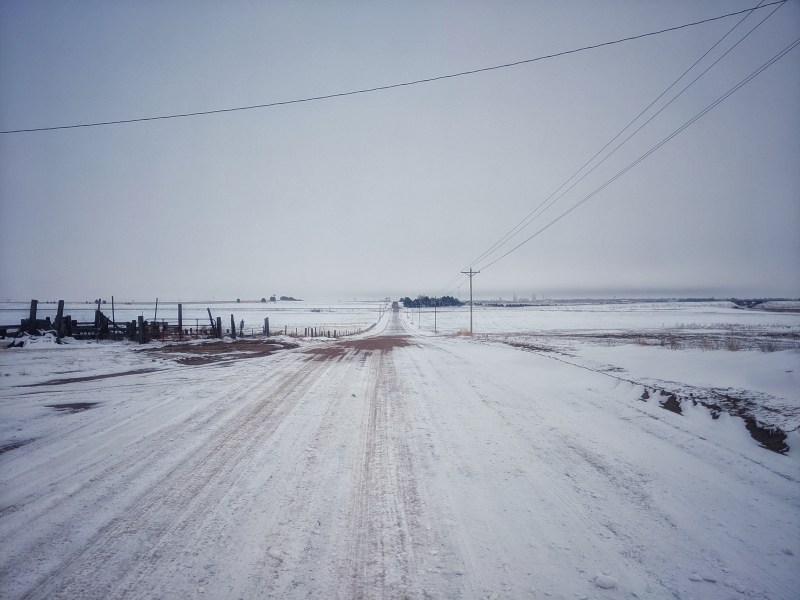 The view down County Road 39 — which was easier to drive on then than most streets in Denver are today — just outside of Yuma on Thanksgiving Day. (Eric Lubbers, The Colorado Sun)

// SNOW, PLOWS AND TICKETS: First, look at this very cool Boulder backyard timelapse of the most recent snowstorm. Now, think about your drive to work this morning (especially if you live in Denver). Westword’s Michael Roberts has a column this morning that implores the city of Denver to back off from giving residents tickets for not clearing sidewalks until the streets they operate aren’t rut-filled hockey rinks. // /r/Boulder, Westword

// EXTINCTION REBELLION MALL PROTEST: You may have seen a news item about protesters getting arrested outside of the Cherry Creek Mall on Black Friday, but Denverite’s Kevin Beaty definitely had the most eerie photos of the climate change activists in their ghostly white makeup and red dresses. // CBS 4, Denverite

// WANTED — CENSUS WORKERS: It’s tough out there for businesses looking to hire anyone, from engineers to bartenders. So the U.S. Census Bureau is boosting its pay in Colorado in hopes of getting enough workers. // Gazette 🔑

// MONTEZUMA COUNTY VS. WOLVES: The initiative that would reintroduce gray wolves to Colorado still isn’t even officially on the ballot, but the Montezuma County Board of County Commissioners has already passed a resolution opposing it.  // Durango Herald

// COLORADO’S WEIRD UNDERGROUND FIRES: Are you sick of reading about raging underground coal fires yet? Because I’m not, and this piece from Thomas Phippen has some great explanations of how coal seam fires are usually fought, and why some of Colorado’s fires can’t be tackled using normal techniques. // Post Independent

// THAT’S A HELL OF A PHOTO: Colorado-based photographer Corey Arnold has an incredible account of the time he accompanied some biologists to change some batteries … on a collar worn by a black bear they thought was asleep deep in a cave. // National Geographic

// ICE’S FAKE UNIVERSITY: I’m going to agree with Media Matters’ Lis Power here, and just say that this story of ICE setting up a fake university and luring foreign students to Michigan, just to arrest and deport them, is WILD (the attorneys for some of the students have since called the sting entrapment). // @lispower1, Detroit Free Press 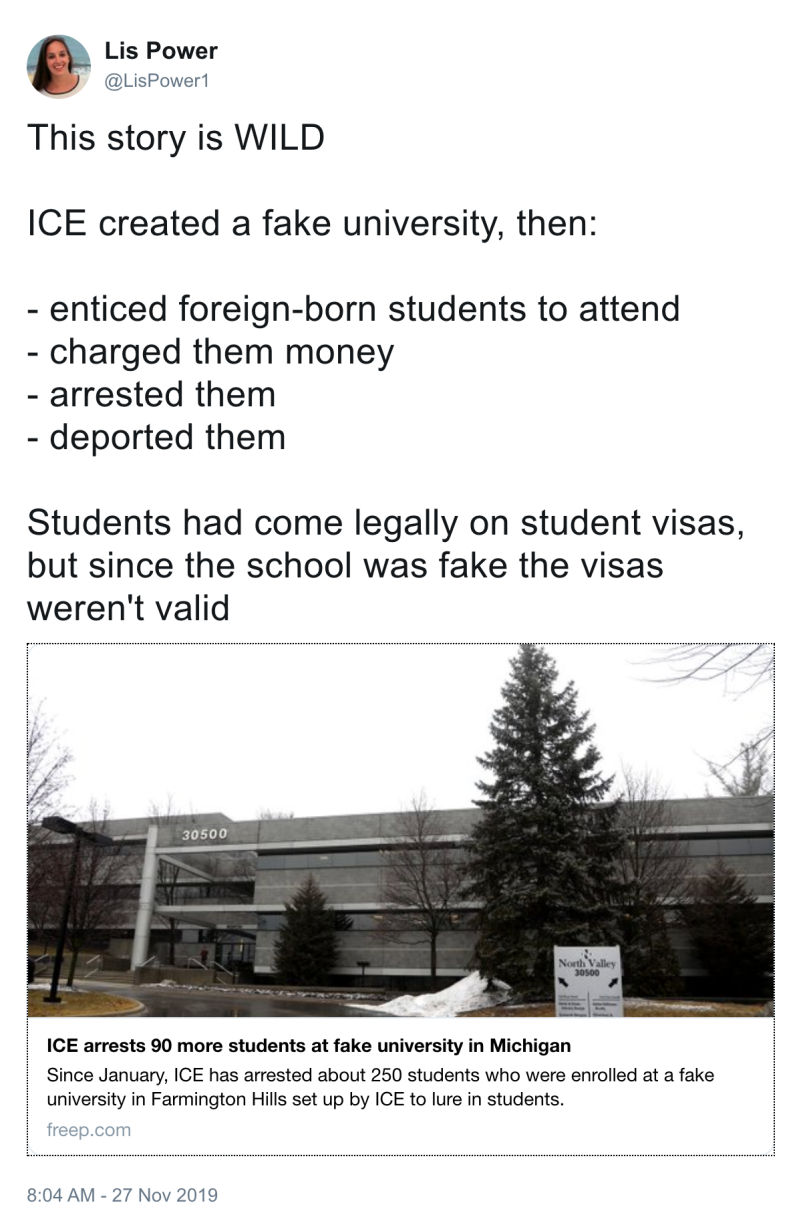 Why You Might Like It: Ready to get wild with day 5 of your Thanksgiving leftovers? I made a giant tub of turkey stock in my Instant Pot Saturday morning and have spent the weekend wondering what exactly I’m going to do with it. But last night, after googling “turkey stock recipes” for way too long, I think I found the one. Tonight I’m going to make this Thai coconut curry soup (though I’m skipping the bean sprouts and adding some udon noodles I have kicking around the freezer). If you’d like to join me on this turkey Thai journey, let me know how your attempt goes (or give me your favorite leftover soup recipe) and we can compare notes.

’TIS THE SEASON: If you have an ultimate go-to gift or holiday recipe or winter-time Colorado event you can’t miss every year, send us an email at things@coloradosun.com and we will share your holiday fun with The Colorado Sun community!

This is your last chance to get some free Colorado Sun gear when you become a Colorado Sun member or upgrade your existing account!

The details are at the top of this email and at coloradosun.com/thanks. 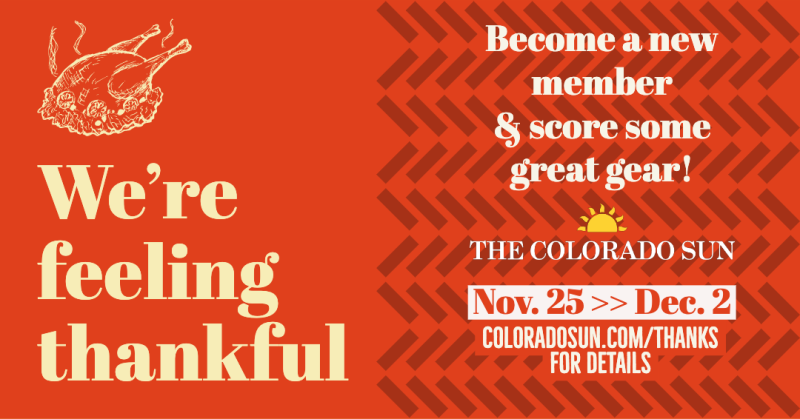 Stay warm out there and we will see you back here on Wednesday with more stories about this beautiful state.