Good morning! I hope everyone on the northern side of the state has dug out and is either safely traveling or (also safely) thinking through their big meal tomorrow. Before you hit the grocery store for one last melee, you’re going to want to read the recipes your fellow readers shared (more on that below).

But if you thought The Sun was going to take a day off from bringing you some thoughtful journalism just because of a little snow and the pre-holiday jitters, you were mistaken. You don’t get into this business unless you’re a little crazy about making sure stories get told.

So let’s waffle this stuffing (you’ll see) already, shall we?

America trashes 40% of its food. A Colorado startup is connecting the discards to dinner tables. 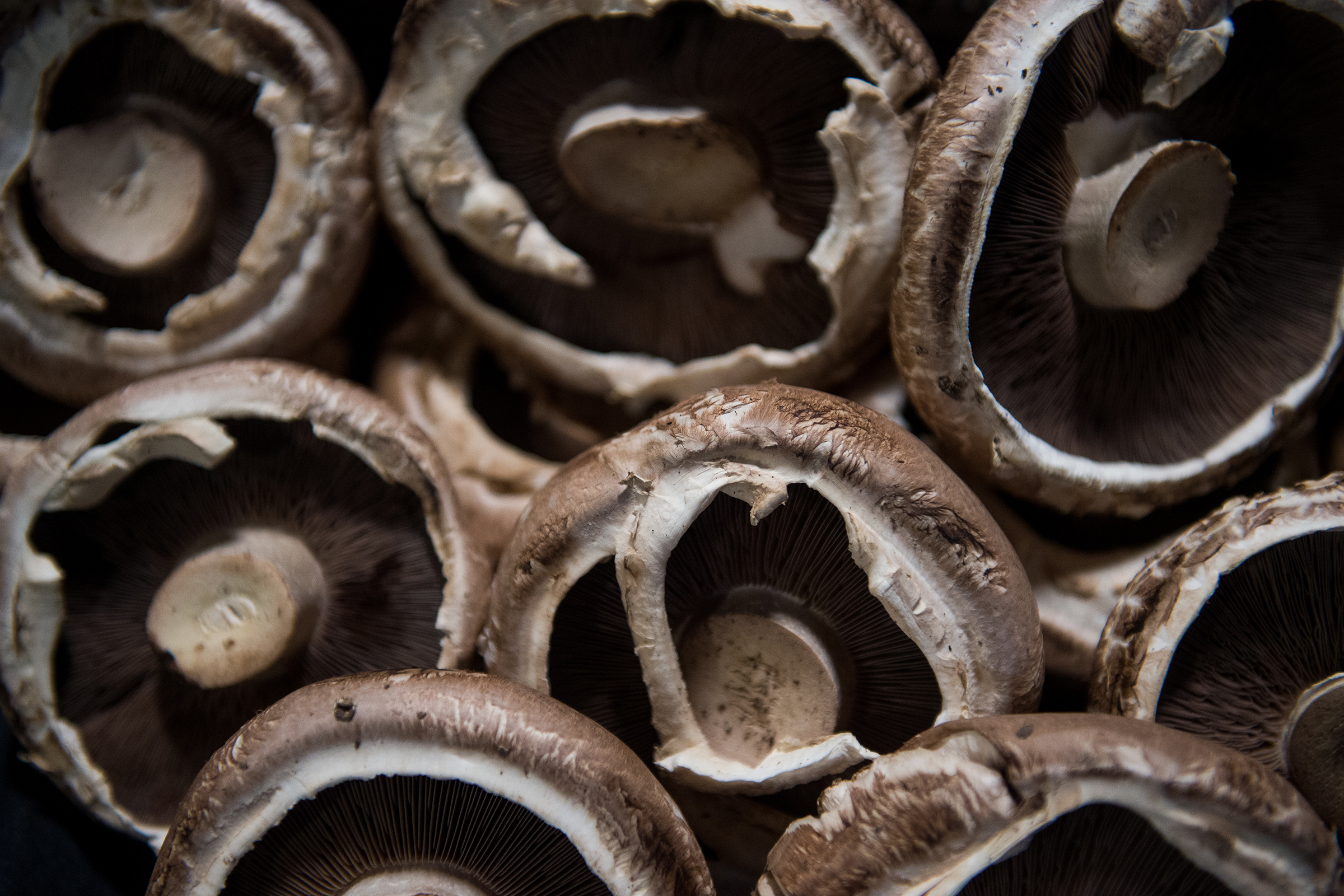 Portabello mushrooms on display during a food show at FoodMaven on November 12, 2019, in Denver, Colorado. FoodMaven takes extra or ugly food that sellers refuse to sell and finds buyers around the state of Colorado. (Photo by Seth McConnell, Special to the Colorado Sun)

Backyard gardeners know that produce — no matter how much love you give it — doesn’t always come out in an Instagram-worthy shape (or color). But those same gardeners also know that once you slice, dice and cook that veggie, it tastes just as delicious. In America’s labyrinthine and wasteful food system, nearly half of what we produce gets tossed in the trash — some because it’s “ugly” and others (like the $3.49/lb New York strip featured in the story) because it’s just extra.

STORY AND PHOTOS: Tamara Chuang looks at how a Colorado company is part of a movement to get food diverted from the landfill to shelters or buyers that can get it on a plate.

With Proposition CC’s failure, Colorado Democrats face a budget crunch in 2020. Here are their 4 options to address it.

“We’re in a really tough place. And I think it’s going to mean that there’s a lot more scrutiny on how we proceed, on what kind of policy changes we consider.”

— State Sen. Dominick Moreno, D-Commerce City and one of the party’s budget writers

Brian Eason writes: “With the defeat of Proposition CC, voters ensured two features of Colorado state government are here to stay: Taxpayer refunds and the periodic legislative exercise in avoiding them.”

EXPLAINER: Brian breaks down the dueling priorities of Democratic lawmakers and the four options they have to pay for them while staying on the right side of TABOR –– or whether they will just sacrifice parts of their ambitious agenda. 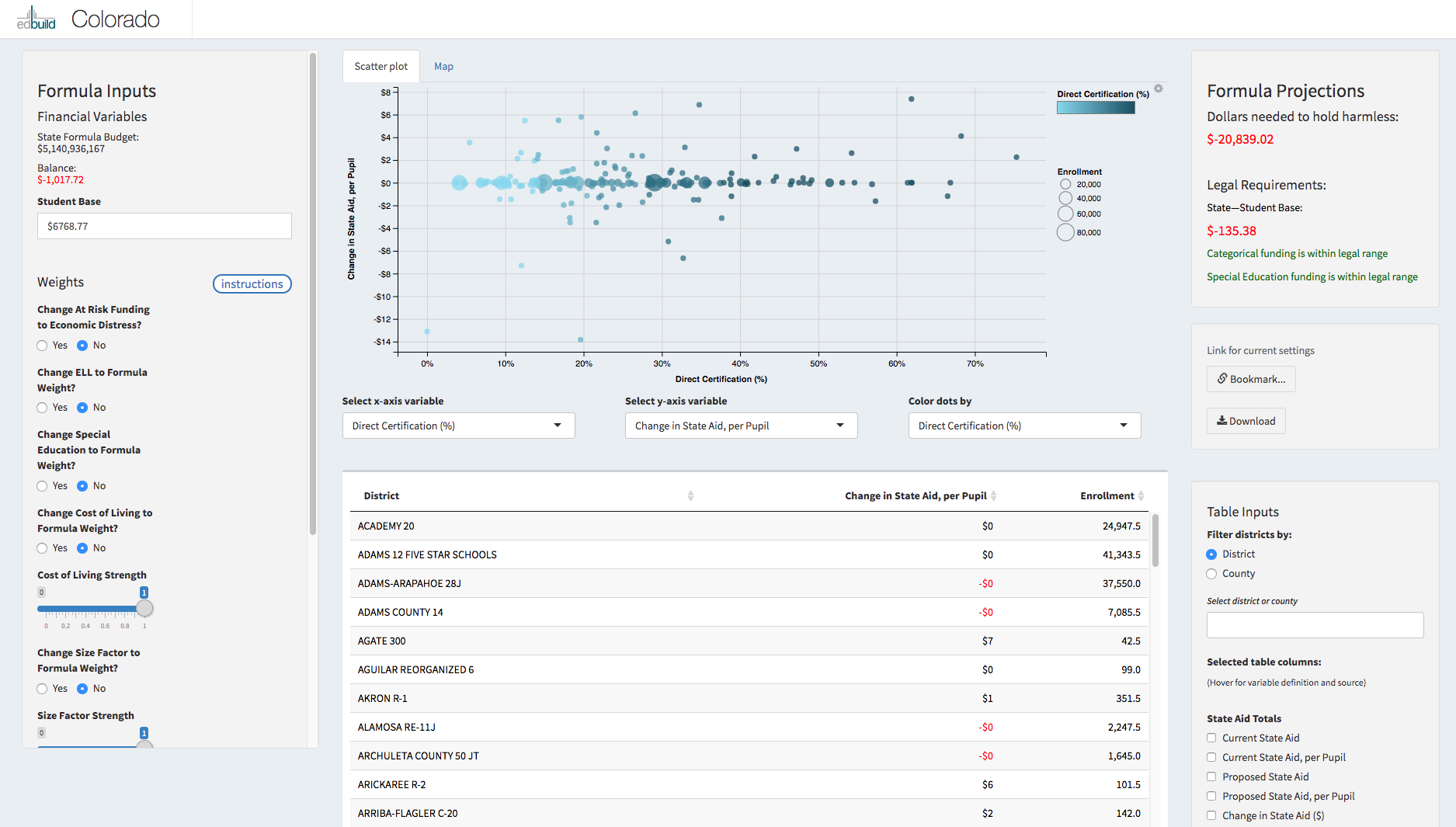 A simulator tool developed by national nonprofit EdBuild is giving Colorado lawmakers a better idea of how potential changes to a 25-year-old school funding formula could affect districts and the state’s budget. (Provided by EdBuild)

You’ve heard it before in the digital pages of this newsletter: Colorado’s school funding formula is broken. You’ve also heard that lawmakers are finally setting out to rework it. To better understand how the formula responds to changing variables, and to avoid unintended consequences, a committee has spent a lot of time looking at screens like the one above.

STORY: Lawmakers are using a $177,428 simulation tool to test changes to the formula, and education reporter Erica Breunlin talked to them about how it’s helping — and what is still unknown. 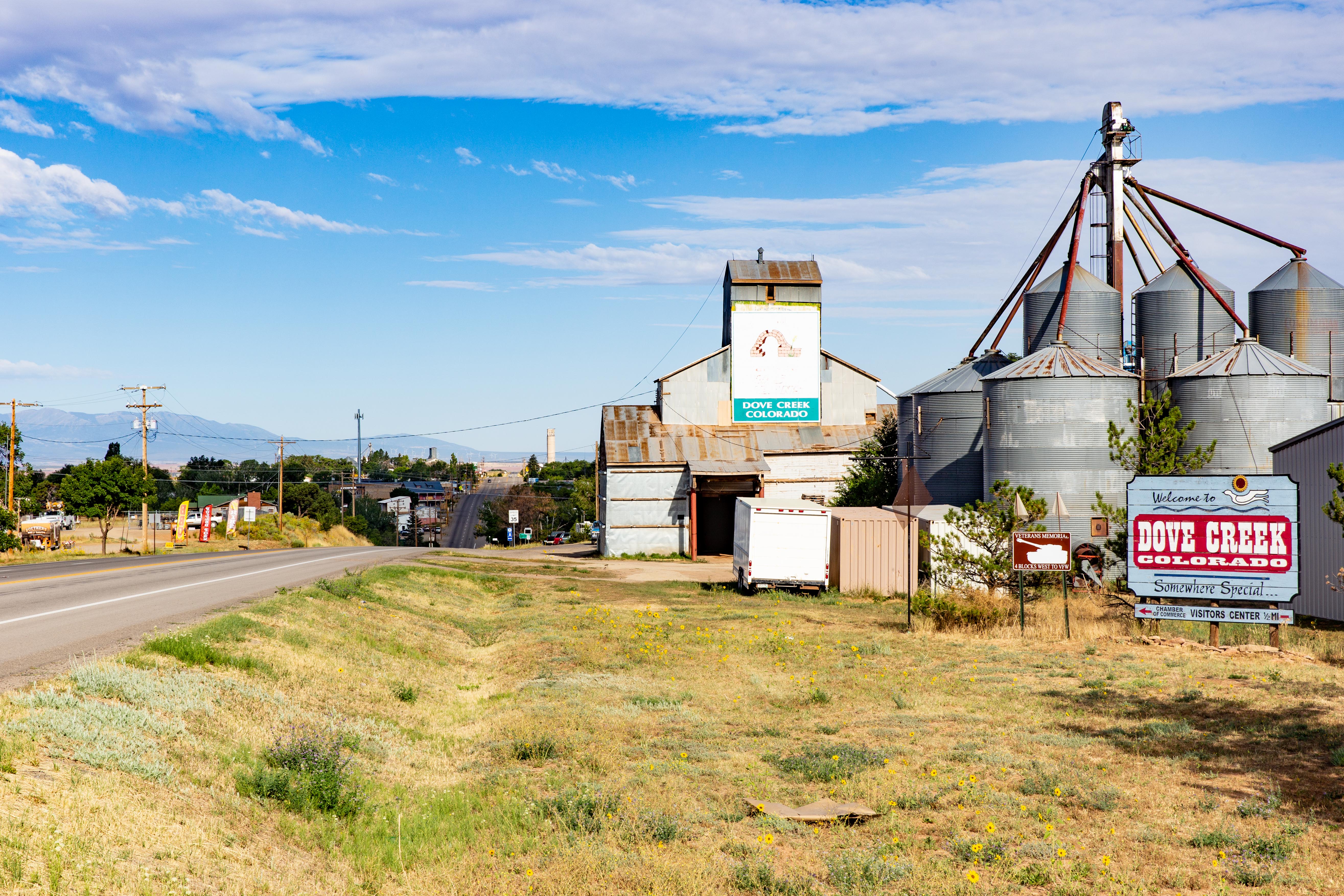 Dove Creek, and its 724 residents, will be the first municipality in the state to benefit from a huge federal grant designed to build better rural broadband in agricultural communities.

STORY: Tamara Chuang explains how the grant will be used, why the town is psyched for gigabit and identifies two other Colorado communities hoping to get a chunk of the grant.

HIV-prevention funding is being slashed in Colorado, even as a growing number of people are diagnosed

The number of Coloradans diagnosed with HIV is predicted to jump more than 10% in 2019 compared to 2018. But a “calamitous trifecta” of expiring grants, past mismanagement and a new legal interpretation of how the funds must be spent means that clinics that provide testing and PrEP (the once-a-day preventative pill) will see their funding cut by up to 87% in January.

STORY: Jennifer Brown wraps up the perfect storm of funding issues — including Colorado having to return nearly $8 million in federal money because of mismanagement — and how clinics are fighting the cuts. 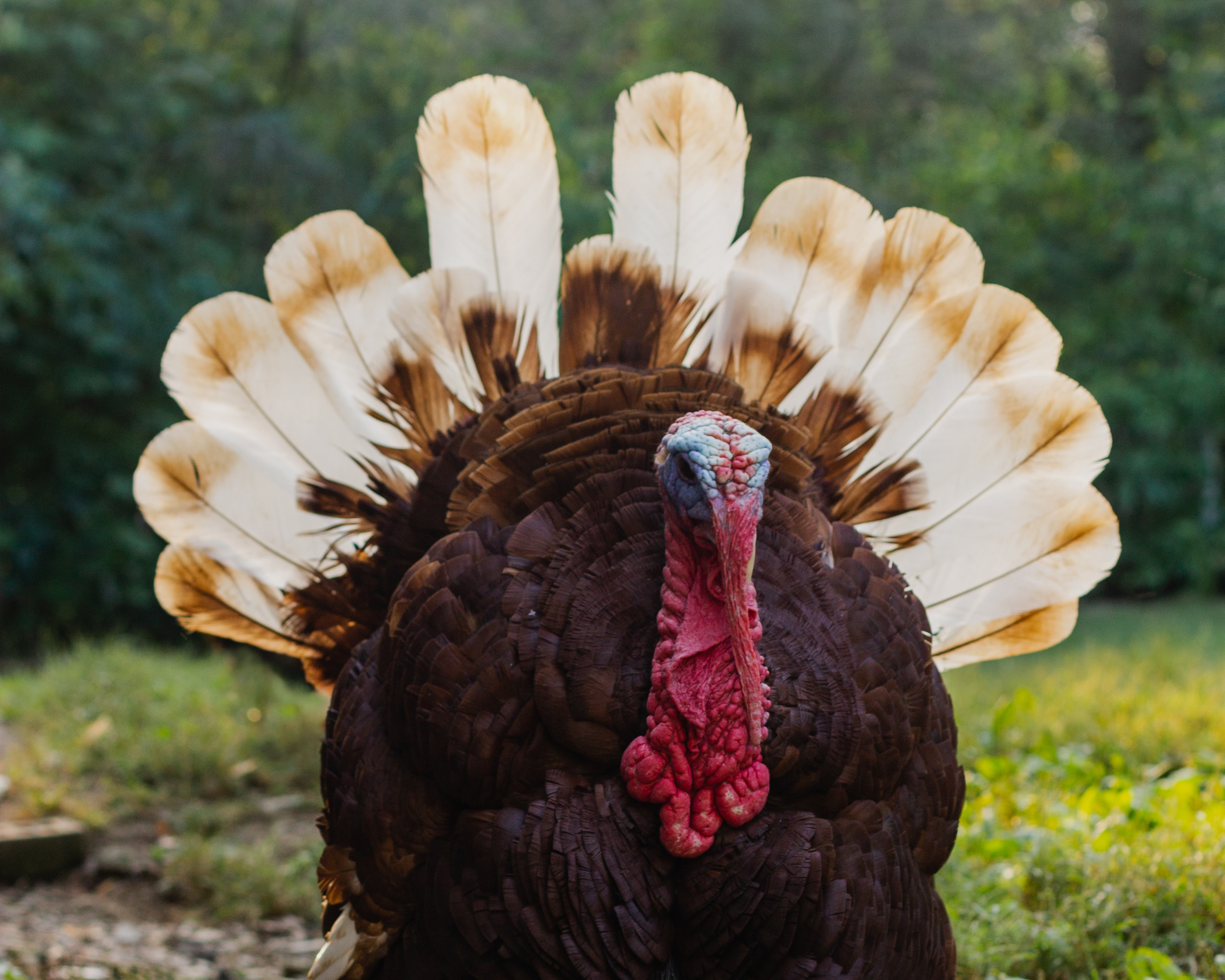 I asked, and you all really turned out some weird (but occasionally pretty tasty-sounding) dishes that grace your Thanksgiving tables every year. And in a nod to the power of multigenerational cuisine and America’s strong history of immigration, there is a lot of sauerkraut involved. I’ve compiled them in a story on coloradosun.com, but you can click a recipe title below to jump straight to it.

YOUR HOMEWORK: What I didn’t get much of were photos of the dishes in action, so your assignment this year is to snap a pic of your family’s strangest, most distinctive dish so we can do this all again next year.

NEWS FROM AROUND COLORADO

// 9News’ Jeremy Jojola’s piece highlighting the “unassuming man” living near downtown Denver as a prominent neo-Nazi whose writings are revered by the violent extremist group Attomwaffen is a great piece of journalism. But if you don’t follow Jeremy or his colleague Kyle Clark on Twitter, you may not have seen the response from white supremacists around the country to the story including threats and insistence that there are “two sides” to a subject like racism. So let’s make it clear: there are not. // 9News, @JeremyJojola

// On a slightly lighter note, let’s check in with the Greeley police blotter, where a couple reporting an attempted break-in told police that they invented a “fart gun” to protect their home. Not to be confused with the “Fart Blaster” we wrote about last Christmas.// Greeley Tribune

// And if you’re willing to fight that traffic, here’s a list of the 20 ski areas that will be open for business over the long weekend. // The Know

Today’s Thing was lovingly compiled by our own Jesse Paul. Send us an email at things@coloradosun.com and you could be published in a future Sunriser!

The Thing: A Thanksgiving road trip/cooking/chill out playlist (Find it on Spotify)

Why You Might Like It: There are a lot of things to fight with your family over during Thanksgiving. Politics, who made the best stuffing, football and, yes, politics.

Your friends here at The Colorado Sun wanted to give you a break from the battling — let’s face it, you’re going to get into a political debate — by making sure there’s at least one thing you don’t have to scream at each other about: music.

Here’s a little playlist to listen to while you’re traveling to your Thanksgiving meal — or cooking it. And maybe if things get a little too heated, just put on these relaxing tunes and remember how grateful we should all be just to be with each other.

We really do wish you a happy Thanksgiving. Here at The Sun, we are so grateful for the thousands of you who are members, supporting our work each and every day.

If you’re feeling thankful for our in-depth journalism but haven’t become a member yet, don’t forget to join before Dec. 2 to get a cool tote bag, T-shirt, calendar or hat. Now really is the time to step up and join our community. It feels great and has an immediate impact. (Plus, not to toot our own horns, our merch is high quality stuff that I wear all the time.)

See you back here on Friday for a short little Black Friday Sunriser and then we’ll be back at full speed with more impactful stories affecting our entire state on Monday.

Have a great holiday!