Welcome to your official Colorado-focused impeachment hearing counterprogramming. The hearing that started this morning is a historic event — I don’t begrudge you one bit for checking it out — but here at The Sun we will be offering you a steady supply of important non-impeachment Colorado news (and also chasing down any Colorado-related impeachment news as it comes).

So let’s gavel this hearing already, shall we?

Hope to see some Sunriser readers at tonight’s Drew Litton event at the Denver Press Club! There’s still time to pick up your ticket, $10 for nonmembers, free for Sun members. And don’t forget next week’s Book Club meeting! Details for the free event here. 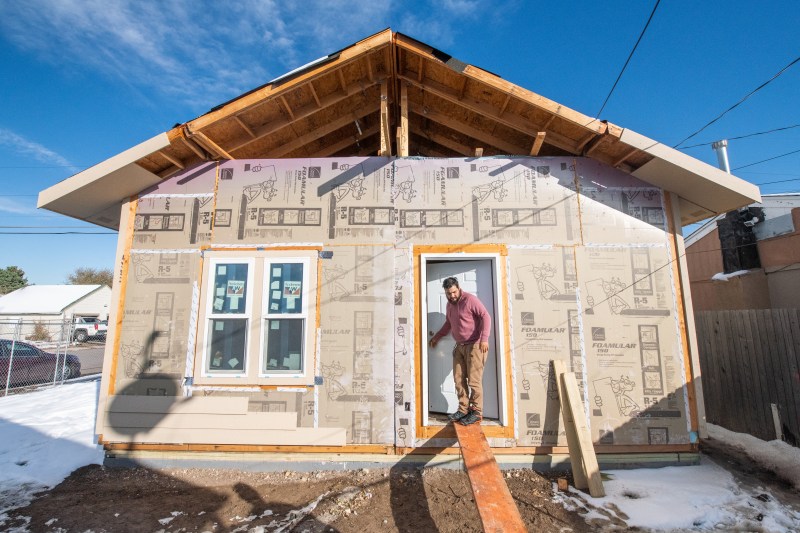 Habitat for Humanity construction supervisor Jose Elizondo exits an accessory dwelling unit, or ADU, being built by Habitat in coordination with the West Denver Renaissance Collaborative in Denver’s Westwood neighborhood on Oct. 31. (Andy Colwell, Special to The Colorado Sun)

Accessory dwelling units — aka ADUs, Granny flats, carriage houses, casitas, mother-in-law apartments or any other term for a smaller second residence on an existing lot — are not a new idea. But even though contemporary homeowners, neighborhoods and whole cities want more of them to help ease the urban housing crunch, they’re running into problems.

STORY AND PHOTOS: Kevin Simpson has the definitive breakdown of the state of granny flats, including the speed bumps and financial realities that stand in their way. 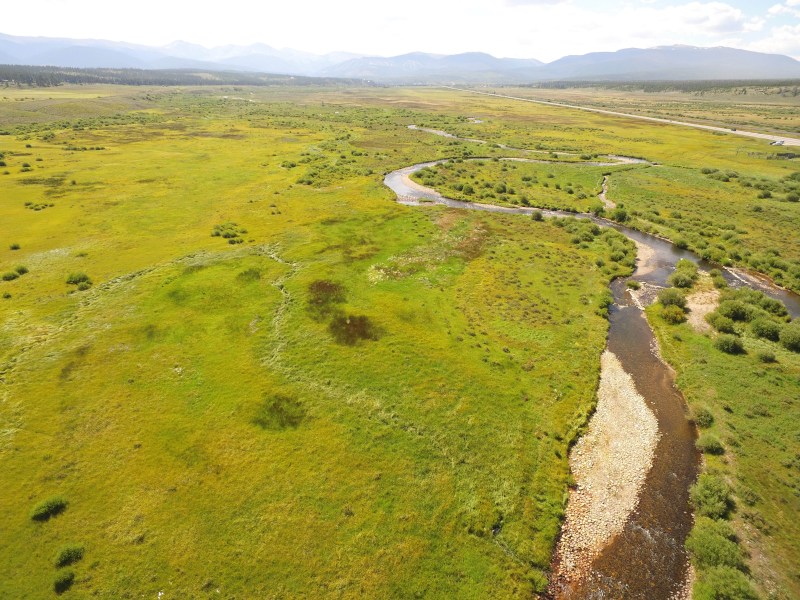 Water flows in the Fraser Flats segment of the Fraser River in Grand County, pictured on Aug. 21, eventually meeting up with the Colorado River outside Granby. (Matt Stensland, Special to The Colorado Sun)

The thirsty Front Range diverts 65% of the Fraser River near Granby, and for decades the Colorado River tributary has struggled with low flows, high temperatures and plummeting fish populations. But after a long struggle and cooperation between environmentalists, state officials and thirsty cities, some stretches are rebounding.

STORY AND PHOTOS: Moe Clark looks at how negotiations turned into action that some hope will be the new normal, while others worry the gains are just “a Band-Aid” until more cities come calling.

Comparing voters to their neighbors can dramatically boost turnout. A Colorado mailer, however, really missed the mark.

— The number of households (including voters who had never missed an election) that received a mailer earlier this month saying that public records showed they voted less often than their neighbors. That’s about 17% of all active registered Colorado voters.

Studies have shown that when done right, the tactic of highlighting your public voting record — how often you vote, not what you vote for (that’s always secret) — can be an extremely effective form of social pressure. When it’s not — like the Coloradans for Prosperity mailer hoping to turn out support for Proposition CC — the results can be disastrous.

ANALYSIS: Jesse Paul talked to elections officials about the do’s and don’ts of the practice — and explored what exactly went wrong with that “report card.”

Do you have a good idea for a new state law? Here’s how to get it drafted by Colorado lawmakers

The next legislative session in Colorado starts in 56 days. But the deadline for legislators to submit ideas for bills is coming up in just a few weeks, which makes right now an ideal time to share your ideas with your lawmakers.

EXPLAINER: Moe Clark walks you through the process of pitching your idea to a state senator or representative as part of our Capitol Sunlight project to help demystify the way the legislature works.

Colorado’s recycling rate improves to 17.2%, but we’re producing more trash than ever

“Our recycling rate is half the national average. We’re still way behind our peer states. There are signs that there’s momentum, and we’re moving in the right direction, but we really need to pick up the pace.”

One step forward, two steps back. Colorado has gotten a tiny bit better about recycling as the local recycling industry recovers from China halting imports of foreign material, but in the meantime, the state is producing a million more tons of trash.

CRUNCHING THE NUMBERS: Tamara Chuang looks at the latest reports, including a ranking of the cities with the best recycling rates (and no, Boulder is not at the top). 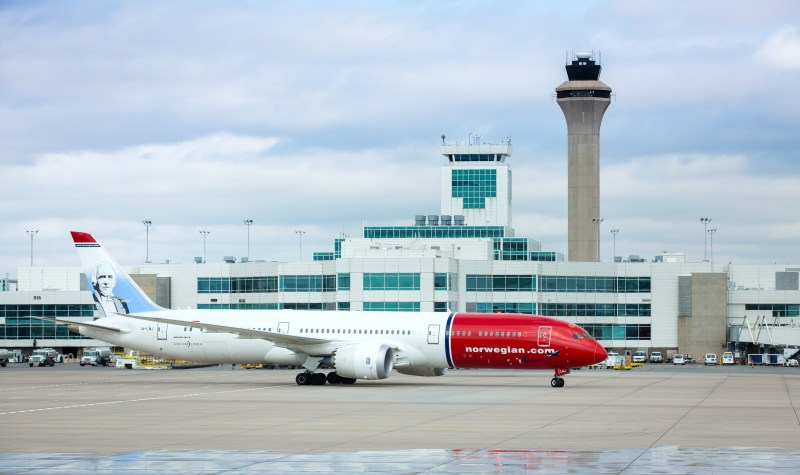 VIVA ITALIA: Norwegian will launch a nonstop flight to Rome from Denver next year, but there’s no guarantee that passengers will fly on one of the budget carrier’s state-of-the-art Dreamliners you see in the photo above. Our resident aviation reporter/nerd Jesse Paul digs into how Norwegian has been using a Spanish air charter company called Wamos to operate many of its other flights out of DIA.

HIGH-CAPACITY MAGAZINE LOOPHOLE: From 9News via the Associated Press: Colorado gun stores still sell high-capacity magazines despite the 2013 law banning them — and employees openly describe to customers how to get around the law using “parts kits.”

TEENS TAKE ON MENTAL HEALTH STIGMA: From our partners at Chalkbeat: Students in Chaffee County are fighting back against the state’s high suicide rate and rising stress with “teen wellness vouchers” to make it easier for students to get their first mental health counseling session.

CENTENNIAL PLANE CRASH REPORT: The deadly crash that left an engine lodged in a Centennial home last year was caused by pilot disorientation, the National Transportation Safety Board reports.

(News from around Colorado)

CHANGING POPULATION: New Census Bureau numbers show there are a lot more of us in Colorado since 2010 (duh), we’re a little older and not quite as white as we may seem.  // Westword

WALMART SUES COUNTIES: Walmart has sued just about every county in Colorado where it has a store in an effort to shrink its property tax bill. // Durango Herald

BACKCOUNTRY PACK GOATS: Apparently, taking a pack goat with you in the backcountry is all the rage in some Mountain West states, leading to high demand for the bovids and formal regulations to protect their mountain cousins from disease. // NPR

OP-ED — “MILLENNIALS SHOULD BE HAPPY RENTING:” It takes four paragraphs for this Bloomberg op-ed (written by a New Jersey investment advisor who encourages clients to invest in rentals) to mention the extraordinary financial crunch that millennials (23- to 39-year-olds, at this point) are under compared with other generations. All while telling us we should be happy throwing away thousands a month on rent with no equity to show for it because adjusted home prices have only risen a “paltry” 1.1%. (Yes, I know I sound bitter.) // The Denver Post 🔑

PIT BULLS BACK IN AURORA? The City of Aurora is overhauling its pet laws, including potentially undoing one of Colorado’s earliest and biggest pit bull bans. // Sentinel Colorado

SKI PASSES RUINING DATING: In addition to favorite foods, turn-offs and pet preferences, quite a few Colorado daters are adding “EPIC” or “IKON” to their profiles — and Kate Tracy writes that the pass war is ruining the experience.  // 5280

SCHOOL BUS DRIVER SHORTAGE: Jeffco Public Schools is more than 40 bus drivers short of what it needs, causing a cascading effect that has some student athletes hanging out at other schools for hours before away games because the drivers have to get back to Lakewood to pick up students after the bell rings. // Lakewood Sentinel

1933 STREETCAR MAP: Don’t mind me, I’m just daydreaming about what would happen if the newly approved Denver transportation authority just took this 1933 streetcar system map and built designated bus lanes right on top of it.  // Denverite, @MapPorn on Twitter

RALPHIE HAS BECOME TOO POWERFUL: Ralphie V, CU’s on-field buffalo, has been retired after 12 seasons. Not because she’s slowing down, but because she’s too fast and independent. // CU, @Rodger on Twitter

Today’s Thing is by Colorado Sun editor Larry Ryckman. Got a thing? Send us an email at things@coloradosun.com and you could be published in a future Sunriser! 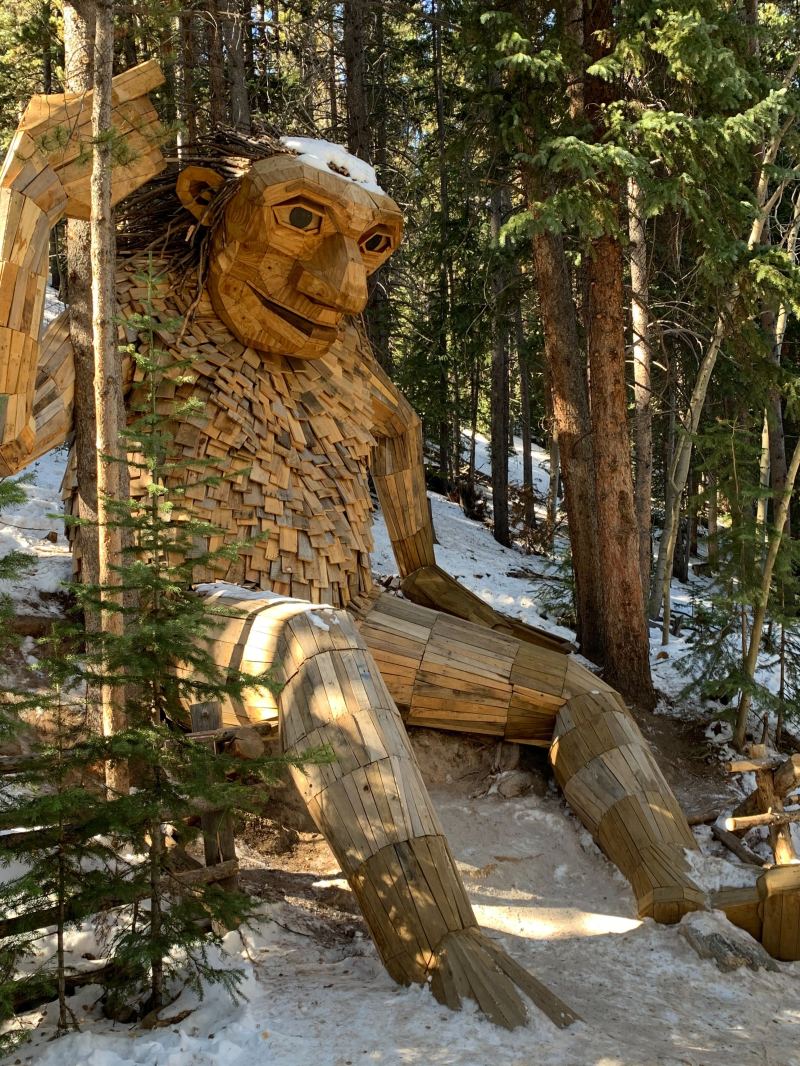 Isak Heartstone himself in Breckenridge on Nov. 10, 2019. (Larry Ryckman, The Colorado Sun)

The Thing: The Breckenridge Trail Troll

Why You Might Like It: What’s not to like about a 15-foot wooden troll? The sculpture is now tucked in the woods near the Stephen C. West Ice Arena and Illinois Gulch trailhead, not far from the town’s central district. It’s an easy, 5-minute walk from the parking lot, and the sheer whimsy is guaranteed to delight those who make the trek along the Trollstigen Trail. Last weekend, a steady stream of kids, adults (and one beagle) marveled at artist Thomas Dambo’s work and took turns posing for portraits and selfies with the troll. “He even has toenails!” one guy gushed to his friends.

OK, folks, thanks for spending some of your Wednesday with us. I know there’s a lot of news happening today, and we truly appreciate you making the effort to stay informed about the happenings here in Colorado.

Feel free to forward this newsletter to friends, family, coworkers and acquaintances that could use a dose of thoughtful Colorado news (and don’t forget to include a link to http://coloradosun.com/newsletters so they can sign up for themselves).

Have a great day and we’ll see you back here on Friday!

Boebert previously apologized “to anyone in the Muslim community I offended," but not directly to Omar

Politics and Government
The Associated Press
5:43 AM MST

Proposed developments in Conifer and Colorado Springs have raised concern over wildfire preparedness as fires become more intense and the state continues to grow.

Colorado’s fentanyl crisis is surging, but only two school districts have ordered doses of the opioid antidote

Only Boulder Valley and Clear Creek school districts have received free naloxone, which can reverse an opioid overdose, through a state bulk purchasing program.