Before we get started, one more reminder about The Colorado Sun Book Club’s first event at BookBar in Denver this Monday. RSVP for free here and come join our little shindig (you don’t have to have read the book to come party!).

Good morning and congratulations for making it to Friday! But before we get to the last-minute, insulated-costume planning for the weekend, I want to take a moment to highlight a story from our partners at CBS4.

CBS4 broke the story in August that Denver was terminating its massive contract with Great Hall Partners for the redevelopment of DIA. Yesterday the CBS4 team learned that the mayor’s office is using the Denver City Attorney to investigate a dozen of the mayor’s confidants and appointees, including a request to review their cell phone records to find out who notified the media.

While the mayor’s office is claiming it is just attempting to secure sensitive information, press advocates like Jeff Roberts of the Colorado Freedom of Information Coalition call it an act of intimidation that will make city employees less likely to talk to the press about matters vital to the taxpaying public’s right to know how the city is conducting business.

I’m going to take this space to remind everyone reading this newsletter that The Colorado Sun has a number of secure ways to accept story tips or confidential information, including:

And with that, let’s recover from this meteorite strike (more on that below), shall we? 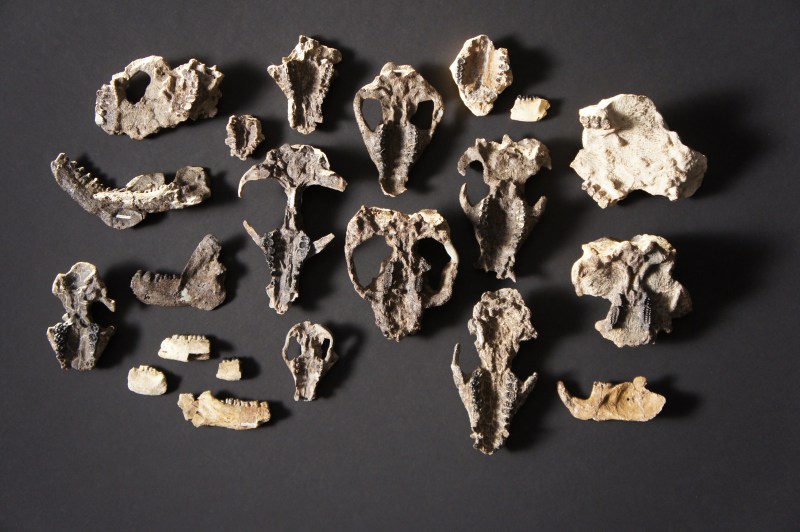 “I was floored, because after 20 years of looking for these very fossils, here I was holding the most complete one I’d ever found in my hand. It was a moment I’ll never forget. I started yelling.”

That headline sounds like hyperbole, but seriously, it’s not: Most of the history of how mammals emerged from the destruction caused by the meteorite that slammed into what is now Mexico and killed (most) of the dinosaurs was unknown … until paleontologists started digging at Corral Bluffs near Colorado Springs.

>> Jesse Paul explains how one of the most monumental scientific discoveries of the modern era came together right in our own backyard. 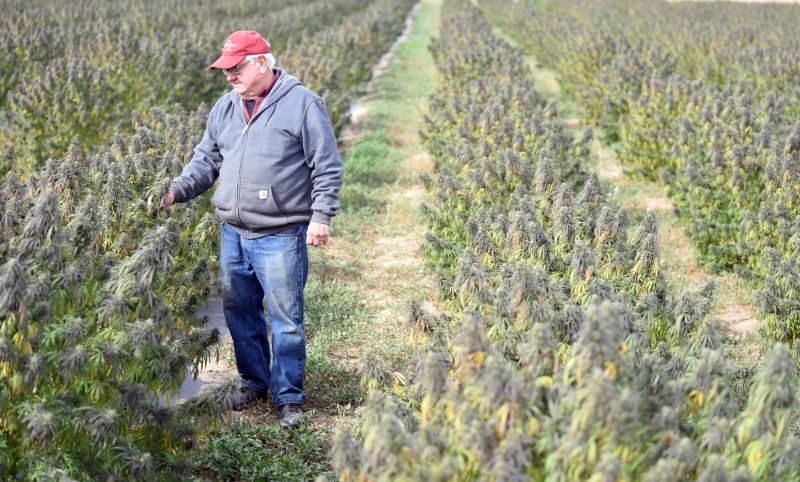 Clifford Clift walks through the field of hemp plants on Saturday morning, Oct. 5, 2019, at Fern Farms outside of Greeley. (Joshua Polson, Special to The Colorado Sun)

— Matt Miles, of the General Processing hemp plant in Delta

CBD is everywhere, and it’s inspiring a brand new Gold Rush — complete with hucksters, get-rich-quick schemes and outright crooks — in every corner of Colorado.

>> Nancy Lofholm looks at how the 80,000 acres of hemp in Colorado has legitimate entrepreneurs — and scam artists — seeing green.

The major tax overhaul pushed by President Trump in 2017 that cut tax rates on the rich and corporations included the creation of “Opportunity Zones” all over the country. Basically, investors who dropped money into projects in designated rural and low-income areas for a decade could avoid capital gains taxes. And nowhere is that tax incentive more visible than on the Western Slope.

>> Jason Blevins looks at how the already-hot economies of Western Slope cities are becoming magnets for investors big and small.

Religious conservatives and a splinter faction of environmentalists don’t often find themselves on the same side of a political issue. But Colorado’s ballot question that would legalize sports betting, Prop DD, has both groups pushing back against an issue that has bipartisan support.

>> John Frank and Moe Clark look at the reasoning — from a fight against sin to a battle against vague ballot language — of these strange bedfellows. 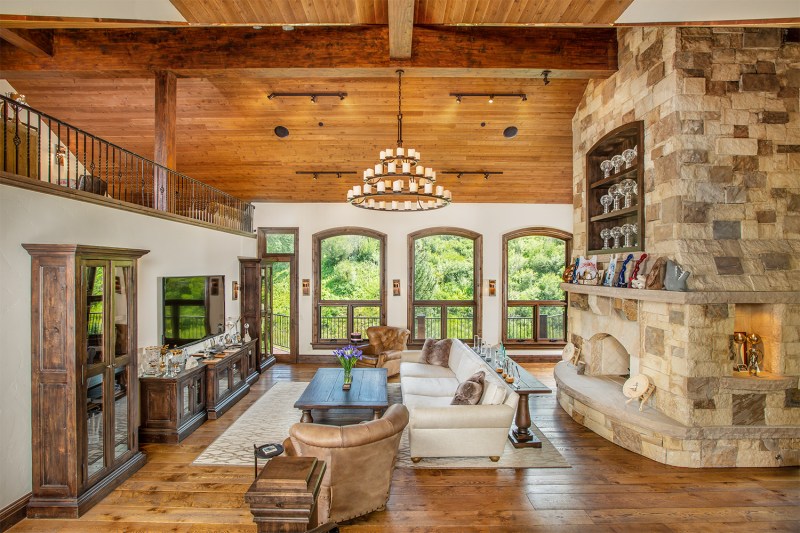 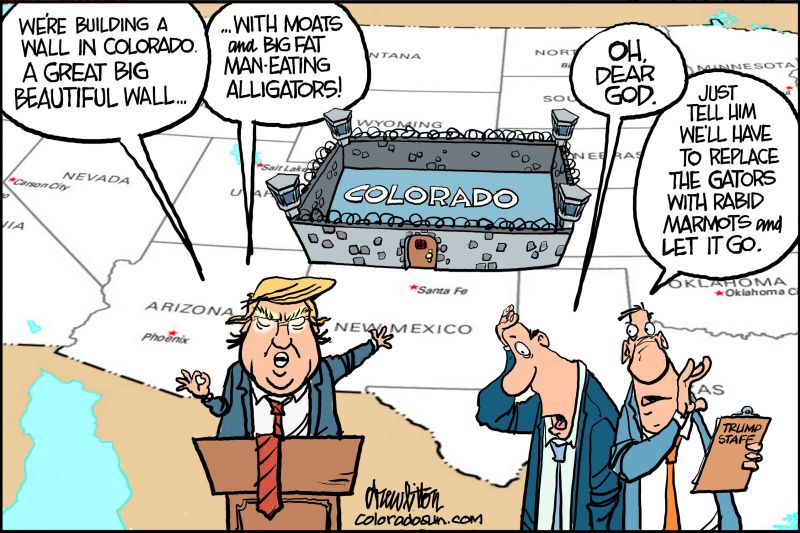 // Drew Litton took on the Trump quote that launched 1,000 jokes: The “big, beautiful wall” he wants to build around Colorado.

// In “What’d I Miss?” writer Alan Brooks and illustrator Cori Redford taught me something I did not know about the tactics of public protest — something Brooks discovered as he was doing research for a screenplay and then incorporated into Ossie and Myra’s conversation about dissent. Then he topped it with his own sharp sense of humor.

++ And don’t miss “An Evening with Drew Litton,” the free event for Sun members (become one at coloradosun.com/join) at 6 p.m. on Wednesday, Nov. 13 at the Denver Press Club. Drew will tell you the stories behind the iconic cartoons that have captured Colorado’s sports and news landscapes for decades. Members, look in your email for your free ticket code, non-members grab your tickets at https://sunlitton.eventbrite.com/.

Anthologies are fun, in part because they’re like Forrest Gump’s proverbial box of chocolates: You never know what you’ll get. But in “False Faces: Twenty Stories About the Masks We Wear” co-editors Angie Hodapp and Warren Hammond built this Colorado Book Awards finalist around a single theme. And in the excerpt from one of the short stories, by Katherine Christensen, you’ll meet a young girl whose visit to her ex-showgirl aunt in Las Vegas takes a peculiar twist. In the SunLit interview, Hodapp describes the particular difficulty in putting together anthologies, and the advantage of taking on the challenge with your spouse.

Love them or hate them, pumpkin beers are everywhere. The versions vary widely and  Colorado makes some of the best. One I enjoyed recently was Tommyknocker Brewery’s Pumperial, an imperial brown ale made with molasses and pumpkin spices. And if you want to try a bunch at once, be sure to hit Hops & Pie on Saturday for Pumpkinfest. The Denver pizza and beer bar will pour 11 different pumpkin brews starting at noon.

// Seriously, make sure you’ve got good snow tires or chains when you head up to the high country this winter. There are a lot more state troopers out there and they will give you a pricey ticket. // KDVR

// Grant Stringer has an in-depth report on the Aurora massage therapist who had a mysterious encounter with police this summer. During that encounter he was choked, and, his family says, injected with ketamine by officers and subsequently had a heart attack, fell into a coma and ultimately died. // Sentinel Colorado

// In a summer of failed recalls, there is one place where seven recalls will actually make it to a ballot: Welcome to Elizabeth, where concerns over growth by a group called “We Are Not Parker” is looking to unseat the entire town government. // The Denver Post 🔑

// A former Rio Blanco County extension agent has been arrested and charged with various felonies related to cattle rustling, including “concealing estrays” which taught me the definition of the word “estray.” // Rio Blanco Herald Times (h/t David Gilbert on Twitter)

// E-scooters have officially descended on Fort Collins (just in time for winter?). // The Coloradoan 🔑

// Who knew you needed to read a story about how two Colorado women — who happen to be some of the best roller-derby athletes in the world — celebrated their marriage with a head-to-head derby bout in Gunnison? // CPR News

// Here are two quick not-Colorado-but-affects-Colorado stories to read this weekend:

Why You Might Like It: I’ve felt it, but haven’t been able to articulate it. You’ve probably felt it, too. But thankfully reporter Katherine Miller at BuzzFeed finally put it into words: The last decade (especially the last several years) has broken our sense of time. It’s not just that so much has happened (because so much really, really has happened), but the ways in which we process events have become out of sync with the actual process of time (think Facebook’s algorithm showing you days-old posts next to brand-new posts next to “memories” from six years ago. Or everyone binging different shows at different times). The article is great and a necessary reminder that it’s worth the effort to slow down and build some habits that keep you grounded in time (like, say, reading a newsletter about the real-time happenings in your state three times a week).

What’s your thing? Let us know at things@coloradosun.com and you could be published in a future Sunriser.

Here’s my weekend-before-Halloween hot tip as I send you off: The key to a good Colorado costume is layering. We’re looking at snow and cold temperatures leading up to the 31st, but knowing Colorado weather, it could easily be in the 60s by the time we get to Thursday, so leave yourself some options.

And with that tip in hand, thanks for making it to the bottom of another Sunriser. As always, you can catch up with all of The Sun’s stories from this week when you have a little time this weekend. Just search “Sunriser” in your email and pick out a couple of choice stories (I recommend this look at Colorado’s wine industry and this investigation into how the state is handling birth control). And then pass them on to your friends and family to help us grow this community!

Have a great weekend, and I’ll see you back here Monday!