Good morning! I hope you had a great weekend, because we are going to waste no time getting going on this chilly Monday morning.

I’m headed off to a NewsLitCamp put on by the News Literacy Project, where I’ll be among the folks helping teachers learn how to give their students the tools to be smart news consumers. It’s going to be a great time, I can tell.

But first, we have an artist’s palette of news today, from Monet to contentious elections to reproductive rights to wine.

So let’s paint these water lilies already, shall we?

JUST IN: Colorado has left the multi-state lawsuit challenging the merger of Sprint and T-Mobile after promises of 5G service and jobs from Dish. Jesse Paul has more.

“During my time in office, one of the things I have tackled head on is moving fracking away from homes and schools and out of our open spaces. During that time a private investigator and huge Washington, D.C., firm were hired to apparently get rid of me by digging up dirt.”

We’ve reported it a lot: One consequence of the major new oil and gas regulation bill — specifically putting the power for regulations in the hands of local governments — means that the pressure is on in city council and mayor races around the state. And nowhere is that pressure on like in Broomfield.

>> Jesse Paul has the details on the revelations that have shaken up the mayoral race in Broomfield, ground zero for the ongoing oil and gas wars. 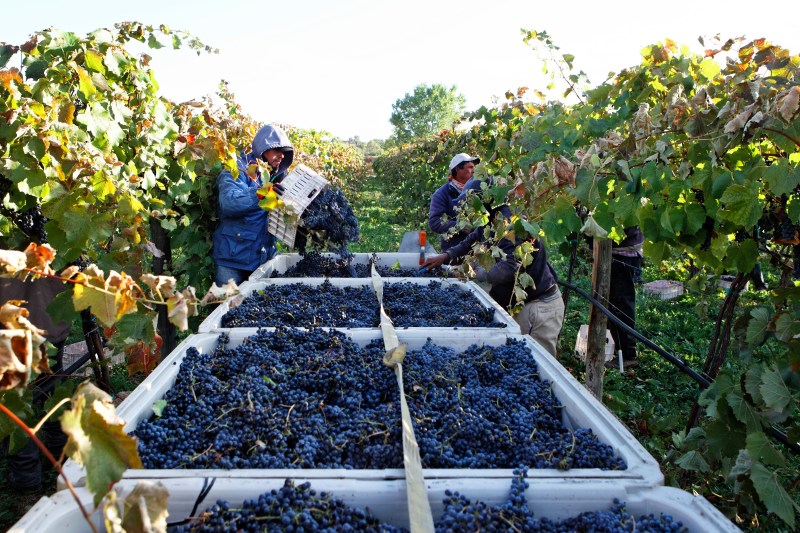 Crews from Talbott Farms, the largest grape producer in Colorado, rush to harvest before a hard freeze near Palisade, on Oct. 10, 2019. (Barton Glasser, Special to The Colorado Sun)

The wild world of wine starts at the grapevine, and over in the Grand Valley, it’s harvest season. But while early freezing weather sent growers into a small panic, it’s wine drinkers’ ever-shifting palate that has them worried about the long game.

Colorado abortion rates keep declining. Free IUDs and easier access to the pill are the reason.

There are fewer abortions in Colorado than in 2014, and experts say that is the result of state and federally funded programs to make birth control and the morning-after pill more accessible to everyone.

>> Jennifer Brown looks at the complementary programs that are combining to have a significant effect on Colorado women’s reproductive health. 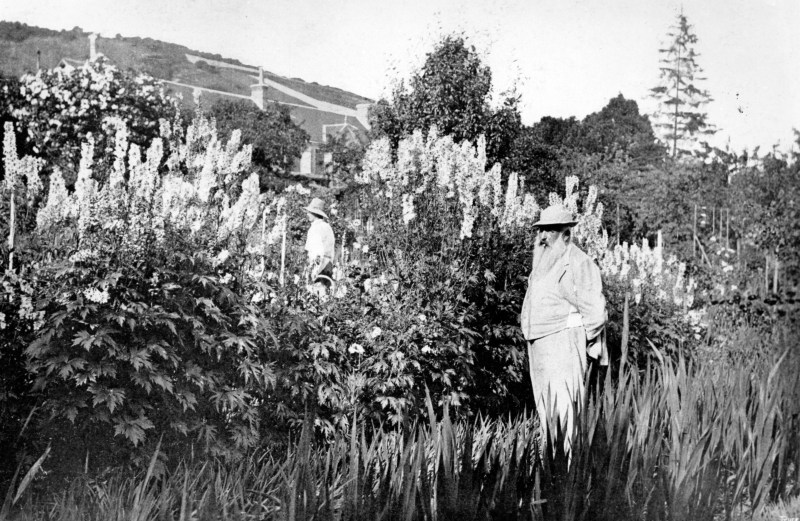 It’s been hard to miss the hype and anticipation ahead of the massive Monet exhibit opening today at the Denver Art Museum — and for good reason. But while you may know some of the French Impressionist’s work, Mark Jaffe writes, the exhibit tells the story of the artist as much as the painting.

>> Take a minute for a history lesson to help you appreciate the hottest art ticket in town.

// I’ve gotta say, of all the tech trends and fads of the past few years, TikTok is definitely the most fun. And in the true sign that a trend is firmly established — the New York Times profile — Fruita Monument High School gets a shout out for creating one of the first school-sanctioned “TikTok clubs.” // The New York Times

// In another sign of Denver’s disjointed and disappointing approach to overall transit, most of the new construction downtown is built on top of multi-story “parking podiums,” adding new parking spaces for cars at a time when officials, planners and transit experts say that cars take up too much of downtown real estate to begin with. // The Denver Post 🔑

// Unlike the grape harvest we talked about above, Colorado’s largest outdoor cannabis grower did not make it through the October snow unscathed: Los Sueños Farms said it lost millions of dollars worth of cannabis plants when the storm hit southern Colorado. // Marijuana Business Daily

// Speaking of agriculture, craft brewing is one thing, but craft grain growing for those brewers is how a longtime San Luis farming family stayed in business. // KRCC

// I’m not kidding, I told you I’d share these stories about zipper merging every time I saw them: “Why CDOT Wants You to Use the ‘Asshole Lane’” // Westword

// Colorado became the 18th state to ban “conversion therapy” this year, and, as Utah considers joining other Mountain West states, the LDS church has come out to oppose the move. // KUNC

// You can’t really talk about workers’ rights without considering Amazon. And after an Ohio warehouse worker died of a heart attack — after lying on the ground for 20 minutes before help was called — workers are calling the company out for lax safety standards. // The Guardian

// This is a pretty interesting look at how Colorado’s prisons chief is focusing on getting inmates prepared for life outside to keep them from coming back. // CPR News

// These are some beautiful and terrifying photos: The Forest Service discovered an underground coal seam fire that has been burning near Dolores since last summer. // Durango Herald 🔑

The Thing: “They Live” (Streaming on Showtime, otherwise a pretty cheap rental)

Why You Might Like It: If it’s been a while since you’ve seen the 1988 John Carpenter cult classic, there’s no better time than here in Halloween season. I’d love to say the movie’s not-so-subtle messaging about the evils of greed, inequality and corporation-fueled hyperconsumerism has aged poorly, but, well *gestures faintly towards society as a whole*. But no matter what you think about the message, it’s a thick slice of late-80s imagery, fashion, action and music that is well worth your 90 minutes — especially in HD if the last time you saw it was on VHS.

Colorado connection: Fun(?) fact — Rowdy Roddy Piper’s character is only in LA for the events of the movie because he lost his job in Denver at the height of the second recession of the mid-’80s. “They lost 14 banks in one week,” he told an unemployment office staffer, which wasn’t much of an exaggeration of the situation.

And that’s that for this newsletter. Thanks, as always, for spending some of your morning with us getting a mugful of news to start your week.

And before your day completely takes over, we would greatly appreciate you sharing the story you found the most fascinating from this newsletter with the people in your life (and pointing them to http://coloradosun.com/newsletters so they can join our growing community).

Have an excellent week, and I’ll see you here on Wednesday.