We’re halfway through the week, but the 2019 election season is just getting going. If you are looking at your ballot with googly eyes, trying to understand it, we are here to help.

Check out our easy-to-navigate 2019 voter guide, which will help you get to the bottom of the Propositions CC and DD — the two big issues that Colorado voters will be deciding between now and Nov. 5.

If you’re looking for something other than politics, we’ve got plenty — from artificial intelligence in health care to a mountain-biking program trying to help girls travel far beyond the trail.

Let’s nosh this bagelrito, shall we? (More on that in The Shortlist.)

Get in on the ground floor of The Colorado Sun Book Club! Our first event is coming up on Oct. 28 at BookBar in Denver.

JUST IN: As many as 17,000 Aurora voters were sent ballots instructing them to choose just one of six at-large candidates for City Council. But they are supposed to be picking two. State and local elections officials are now scrambling to find a solution. Read more on this story we just broke.

Paging Dr. Algorithm: How AI and other new tech are changing care in Colorado hospitals 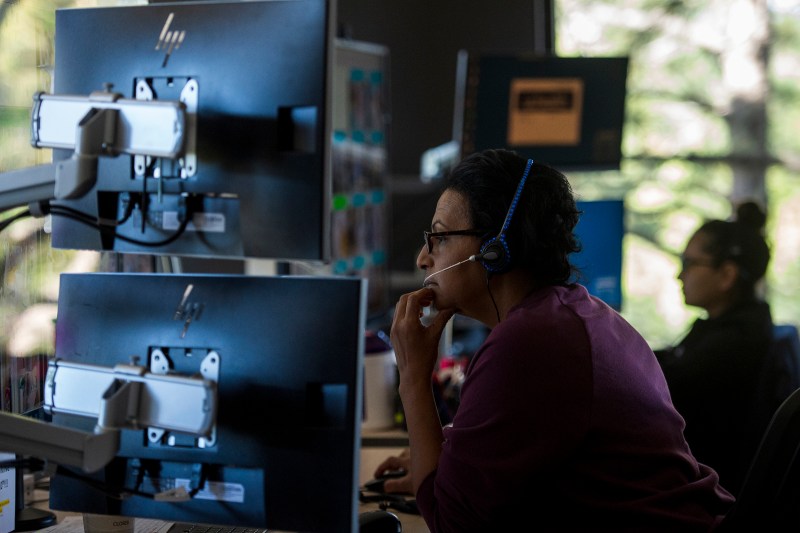 The problem: a growing population of elderly patients who, typically, have needed a human monitor to sit in the room with them at all hours to prevent falls and other injuries. The solution, as Michael Booth reports, is a network of cameras, microphones and speakers that allow “digitalsitters” to monitor a dozen patients at a time from an office park in Aurora.

>> There is so much more in this (sometimes creepy) story, including how AI can catch symptoms of sepsis in hospitals and how your devices might soon alert your doctor about your health.

A deeper look at the Colorado money race ahead of 2020: Who raised the most and where it came from

Sandra Fish and John Frank dug into the latest campaign-finance numbers for the already quite expensive 2020 race for Senate, including how the schism between the national Democratic party and the primary challengers not named John Hickenlooper are reflected in the numbers. There’s a TON to glean from these latest filings.

>> Take a spin through the numbers — including how much out-of-state money Hickenlooper and Gardner are raising — here. 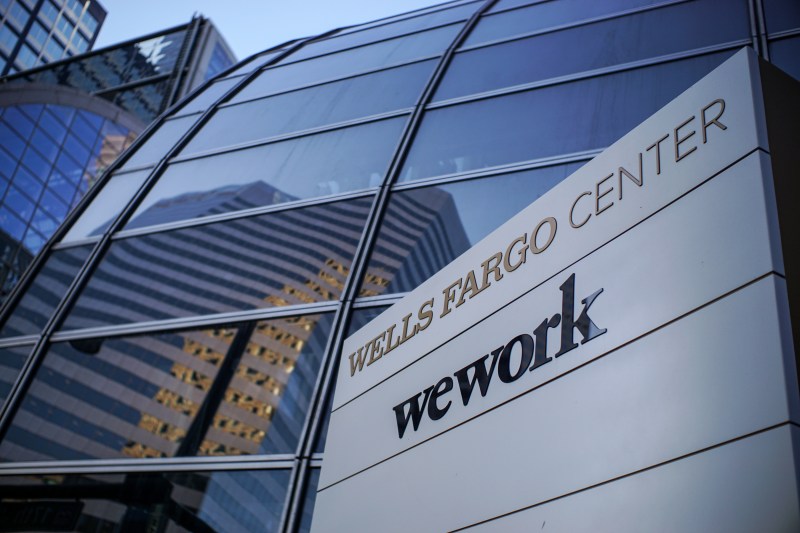 The sign for WeWork at the Wells Fargo Center (a.k.a. the Cash Register building) in downtown Denver on Oct. 11, 2019. (Eric Lubbers, The Colorado Sun)

WeWork is, by some counts, the largest office tenant in Denver. But the one-time unicorn revealed a startlingly terrible financial situation ahead of a botched IPO and is scrambling to cut costs. But all over Colorado — from Grand Junction to Eagle to pockets up and down the Front Range — smaller coworking spaces say they see a long future ahead. 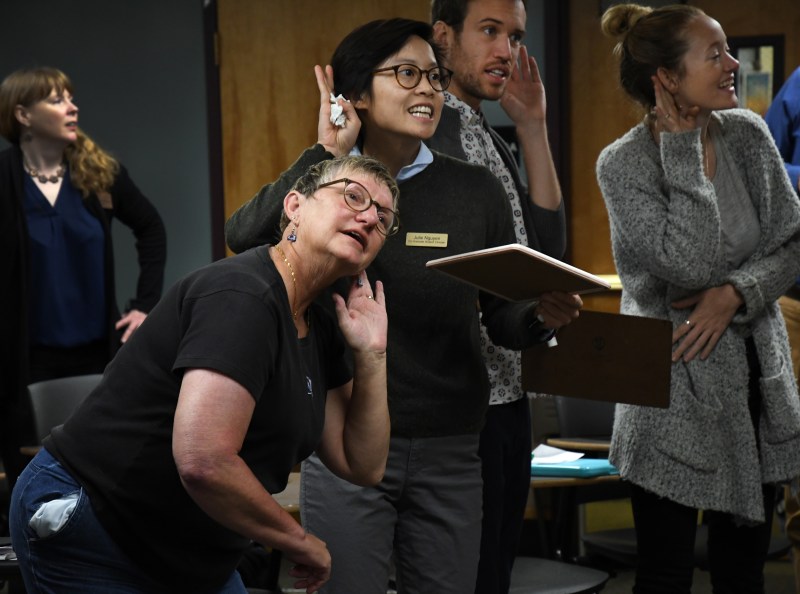 Yvonne Eyk, left, who will play one of two Dorothys in “The Wizard of Oz,” joins the clinicians and her fellow actors as they run through a variety of warm-up exercises. (Kathryn Scott, Special to The Colorado Sun)

Do you need a little good news in your information diet today? Then you’re going to want to click through and read Kevin Simpson’s story about what happens when two departments at the University of Colorado — Speech, Languages and Hearing Sciences; and Theater and Dance — combine to use a production of “The Wizard of Oz” to help patients with aphasia get more comfortable with speaking.

>> Buckle up for a fun — and groundbreaking — trip to Oz.

Colorado mountain-biking program teaches girls to conquer trails, with an eye toward helping in other parts of life 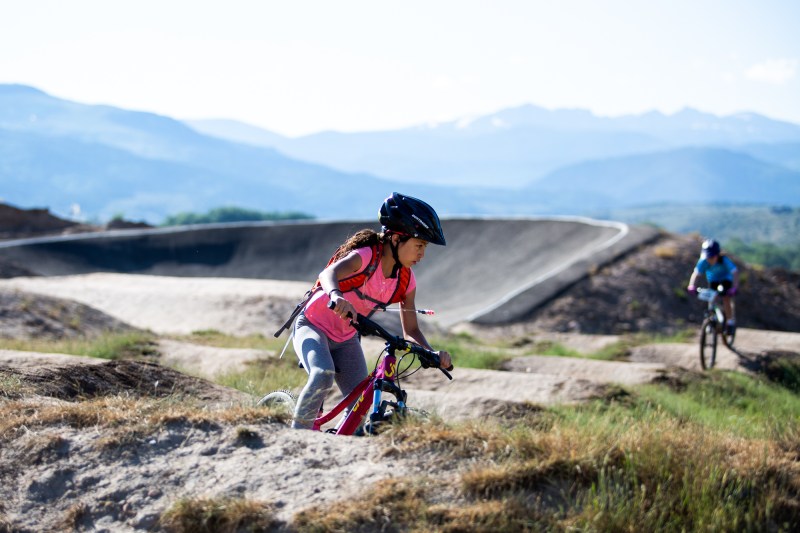 Kiana Garcia rides out the dirt waves on the warm-up course in late July. She is preparing for the upcoming race season when school starts again. (Nina Riggio, Special to The Colorado Sun)

“Esme! Go back down and change your gear, then try again,” she says. “You got it.”

Mountain biking has a lot of benefits: exercise, recreation, competition and just plain enjoying the outdoors. But not everyone can access trails or even the equipment to get started.

>> Joe Purtell has the story of how The Cycle Effect is getting underserved girls on bikes and looking toward their futures (and don’t skip Nina Riggio’s awesome photos). 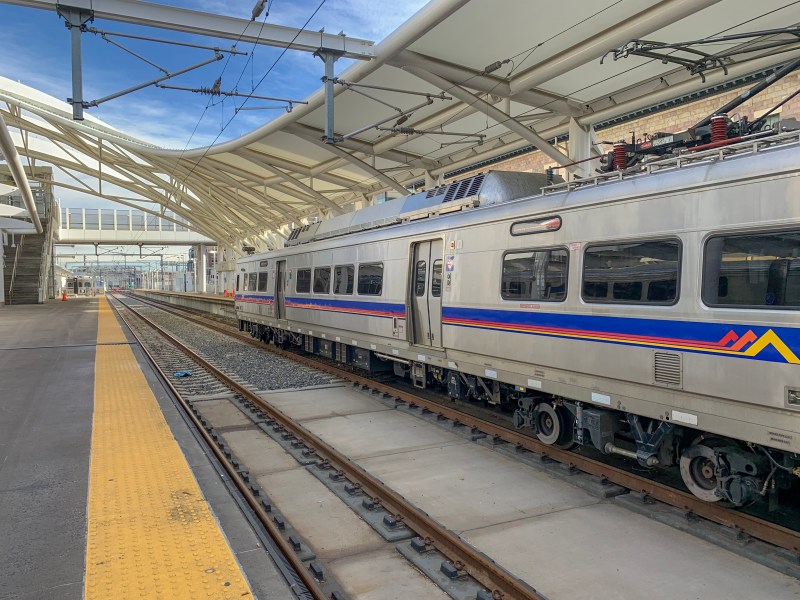 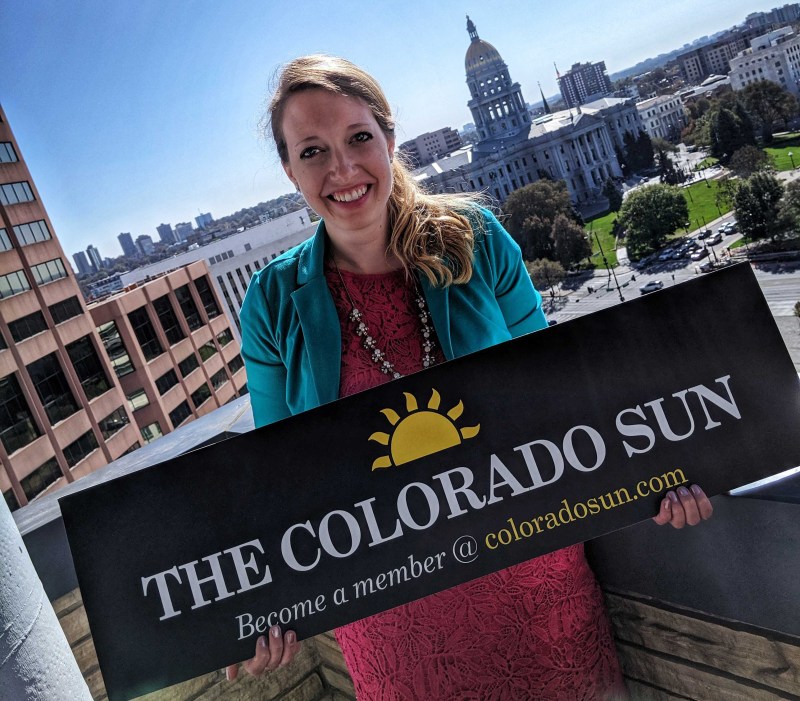 Erica Breunlin: Good morning, Colorado! I’ve been in Denver for less than two weeks now and experienced just about all four seasons in that time. Despite the indecisive weather, I think I’ll stay.

I moved here from Knoxville, Tennessee, to join The Colorado Sun as its education reporter. While I’m new to this part of the country, I’m rather seasoned on the education beat. I’ve covered education in Milwaukee; Daytona Beach, Florida; and Knoxville. And while each community I’ve reported in has had its own set of successes and challenges when it comes to education, they’ve all faced similar questions around the major education issues of the day: teacher attraction and retention; budget shortfalls; college and career readiness; and equity among schools and districts. I’m excited to explore these issues – and many others – throughout Colorado.

I want to hear from you about what you believe an effective school looks and feels like; what successes you’ve experienced or watched unfold in your local schools and districts; and what hurdles are in the way of students’ futures. My coverage will extend beyond Denver, for I aim to stretch my reporting out across Colorado and capture the voices of kids, parents, teachers, administrators, school board members and taxpayers in the state’s rural communities.

Have a story idea for me or want to introduce yourself? Drop me a note at erica@coloradosun.com and follow me on Twitter at @EricaBreunlin. I’m eager to meet you, strike up a conversation about your schools and step inside your classrooms.

// On Aug. 1, the Tesla-branded solar panels on Louisville resident Briana Greer’s home caught fire — one day after Tesla contacted her to say they detected a voltage problem and six days before they scheduled a technician to come look at them. Business Insider has more on this and other incidents with Tesla’s solar panels around the country. // Business Insider

// An Aurora police officer — who did not announce himself — allegedly shot a 22-year-old man in the back through a window in the man’s home Oct. 10, an attorney told the Aurora Sentinel. The man, who survived, was struck in the buttocks by one of the five shots fired. // Sentinel Colorado

// Working in the Uncrustables factory in Longmont comes with pretty solid benefits, and they’re about to get better, including longer maternity/paternity leave, more vacation and even pet-bereavement time. // Longmont Observer

// The Mesa County treasurer is using the relatively new state law preventing investors from buying mobile homes out from under their owners because of delinquent taxes on their property. (Don’t forget to check out our “Parked” series for more on this law and other threats to mobile homes in Colorado.) // Grand Junction Sentinel, The Colorado Sun

// “A tangled tale of forgery, theft and conspiracy,” is how the Denver DA described an alleged organized crime ring that was taking advantage of an elderly Las Vegas woman. // The Denver Post 🔑

// Is it weird that the bagelrito (a crime against both nature and good sense that is basically the innards of a breakfast burrito stuffed in a long bagel) being tested at Einstein Bros. in Denver is the first thing that has sounded appetizing since I woke up with a migraine a few hours ago? My circuits are definitely crossed today. // Denver Eater

Why You Might Like It: If you’ve heard a podcast or been on Instagram in the past five years, you probably already know about Stitch Fix. Like a good millennial, I fell hard for the “box of something shipped to you” trend a few years ago, but as time as passed, Stitch Fix is the only box I still get (apologies to my departed meal box, shaving equipment and underwear subscriptions).

The best part about the subscription is that my stylist has gotten to know my bizarre measurements over the years. In fact, most of the nice shirts in my closet that actually fit came through Stitch Fix. It’s worth a try if you’re looking to shake up your wardrobe (or just hate shopping) and would make a great gift (if you don’t mind implying that the giftee needs style help).

And that’s that for today. Thanks for sticking with us through another jam-packed Sunriser.

Your mission, should you choose to accept it, is to share one of the stories you found most interesting today on Twitter, Facebook or LinkedIn and let people know that you found it in The Sunriser (and include a link to http://coloradosun.com/newsletters).

We want as many Coloradans as possible to benefit from our journalism, and readers like you play a big role in helping us spread the word.

Have a great rest of your week, and I’ll see you back here Friday!