Good morning! How was your weekend?

The Broncos are winless into October, the Rockies ended their lackluster season with a sweep of a playoff-bound team and the president sent a tweet implying a new civil war over his impeachment inquiry. Meanwhile here in Colorado, our chief executive posted a photo of a sandwich — which despite some very misinformed criticism on Twitter, actually looks very tasty. 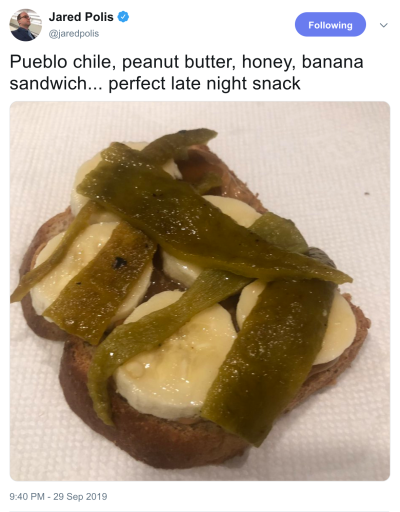 It’s been a weird couple of days! But we’re here with a Sunriser to get you informed and centered and set to tackle your week.

So let’s toast this chile/peanut butter/banana/honey sandwich already, shall we?

As Coloradans struggle to pay for health coverage, cheaper alternatives come with their own perils

“The [complaints] we received, honestly, they keep me up at night. They’re devastating.”

Health care in Colorado can be shockingly expensive. But two companies operating a so-called “health care sharing ministry” — groups claiming to pool members’ money to help pay bills as a cheaper alternative to insurance — have been sent cease-and-desist letters by the state.

>> Buckle up as John Ingold explains why regulators are going after the not-actually-insurance plans, why advocates say they are necessary and what happens when one of them denies a claim. 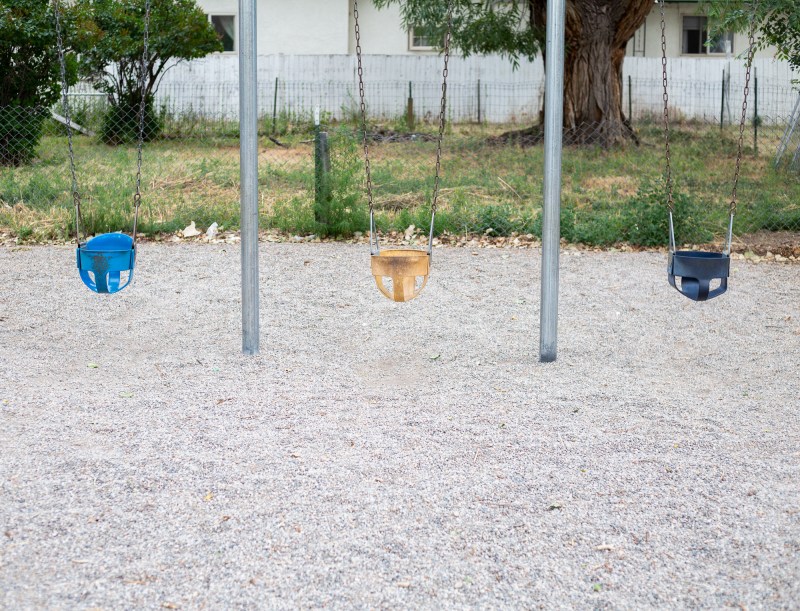 There are 13 state-certified foster homes in Colorado’s San Luis Valley, which means some children who are removed from their homes are placed in far-away communities, including Pueblo and Colorado Springs. (Nina Riggio, Special to The Colorado Sun)

The system Colorado uses to protect its most vulnerable children is in the middle of a reinvention, spurred by a federal law putting more money toward abuse prevention and spending less on group homes. But with a state system already plagued by a shortage of foster homes, cutting through the bureaucracy shift won’t be an easy task.

>> Jennifer Brown analyzes the scope of the problems, the cost of fixing them and what changes are coming.

// On Friday, Colorado welcomed 194 new Americans at a park in Centennial in the largest citizenship ceremony in a decade. // Centennial Citizen

// Colorado’s red flag law — allowing an individual’s guns to be temporarily seized if a judge rules them a danger to themselves or others — goes into effect in January, and gun owners are holding meetings to educate themselves on how it can impact them. // 9News

// Section 8 housing vouchers are hard to get, hard to keep and, according to this report by Andy Kenney, hard to use as landlords simply refuse to accept them — leading to calls for statewide anti-discrimination laws like Denver’s. // The Denver Post 🔑

// If there is justice in the world, history will look upon carshare service Car2Go’s decision to abandon its cute blue-and-white Smart Cars in favor of Mercedes crossover almost-SUVs as the first domino to topple in its Denver downfall. // Denverite

// Colorado’s full-day kindergarten program is up and running (some context here) and there is finally a “gold-standard” study confirming the program’s effectiveness — even though researchers warn that the gains could be lost later without a string of effective teachers. // The Colorado Sun, Chalkbeat Colorado

// It’s very nearly October 2019 which means, of course, it’s time for 10-year retrospectives on Balloon Boy! Robert Sanchez has put together a pretty solid longread that includes the background, the subsequent investigations and what the Heene family is up to. Just for fun, I looked up my tweets from the YourHub newsroom on that day and this is the only good one. // 5280, @brofax on Twitter

The Thing: “Stories About My Brother” (link)

Why You Might Like It: The headline on this remarkable piece of writing is the shortest possible way to describe what’s inside: “Stories About My Brother.” But Prachi Gupta’s piece is at once an obituary for a beloved brother, an exposé of toxic masculinity, an exploration of the pressures put on immigrants by family and society, and an autopsy of a bond between brother and sister destroyed by the culture war raging in America.

Without hyperbole, it’s one of the most dynamic, enlightening and occasionally devastating pieces of writing I’ve seen all year.

Thanks for starting your week with us. As always, please share the stories you find interesting in this newsletter far and wide and let people know you found them in The Sunriser (coloradosun.com/newsletters).

We’re going to be announcing a few new fun things for Colorado Sun members over the next few weeks, so if you’re not yet a member, now’s the time to join the community supporting in-depth journalism right here in Colorado.

Just head over to coloradosun.com/join to pick your plan (starting at just $5/month!)

To send you off into your week in an appropriately autumnal mood, here’s a shot from our roving reporter Jesse Paul. (And I’m still compiling fall photos from Sunriser readers, so make sure to send the photo, plus your name and where the photo was taken to eric@coloradosun.com.) 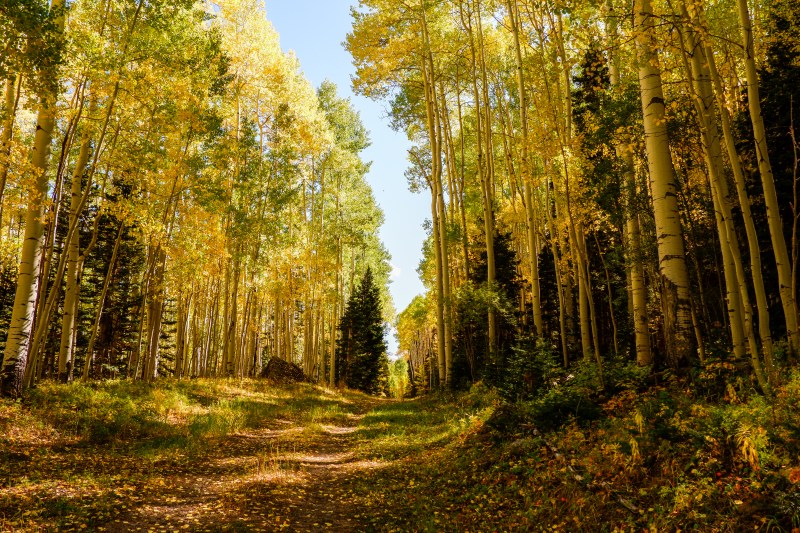 A trail in Telluride, Colorado. (Jesse Paul, The Colorado Sun)

We’ll see you on Wednesday!