Pulling together on “Parked” / Snapchat message revives CSU death investigation / 400 lbs. of dirt & 5 lbs. of glitter / And much, much more

G’morning, Colorado, how was your weekend? Un-Bear-able? Here at The Sun, ours was very…collaborative. We tried something that, to our considerable institutional memory, hasn’t been done before in Colorado journalism. We formed a loose partnership with more than a dozen news organizations across the state to look at a single issue of concern to communities everywhere.

In what we’re hoping is the first of many such joint efforts, we chose the topic of mobile homes (the industry has referred to them as “manufactured” homes for some time, but while acknowledging that, we stuck with the term most familiar to readers). The important thing is that they play a key role in the affordable housing patchwork, in both rural and urban settings, and currently face some critical challenges. We looked at a bunch of them.

Speaking of challenges, news outlets certainly face our share. And our hope, with the project we dubbed “Parked,” is that even with diminished resources, we can at times work together to the benefit of the wider community. I’ll get to the specifics of our stories below, but I want to kick off the week by emphasizing the importance of local journalism, from all its sources, and encourage you to jump on that bandwagon. (Become a Colorado Sun member here.)

So let’s hook up this big, beautiful double-wide, shall we? 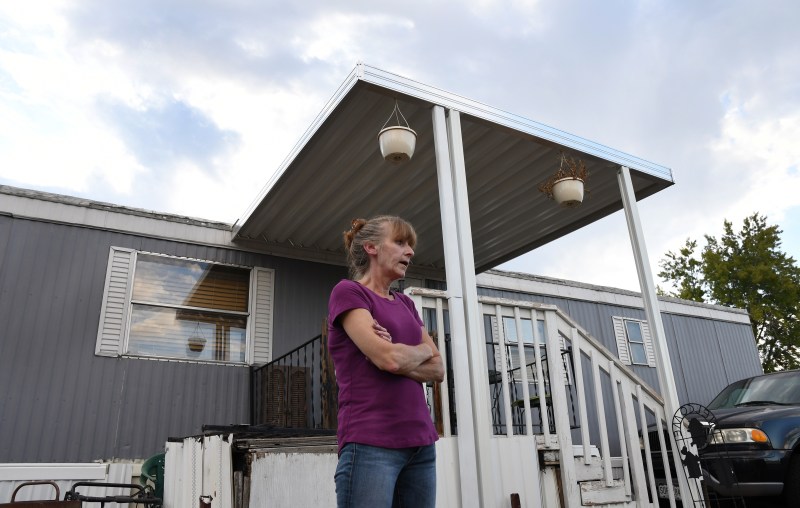 Karla Lyons stands outside her mobile home at the Lamplighter Village in Federal Heights on August 30, 2019. Lyons’ waitressing wages are eaten up by a constant stream of home and yard repairs ordered by her park manager. (Kathryn Scott, Special to The Colorado Sun)

“It’s like living half the American Dream, because you own your home but not the land underneath your feet.”

Mobile homes gained traction right around World War II, when they provided quick, cheap housing for workers aiding the war effort, and afterward for many returning veterans and their families. And while their heyday has passed, they remain the country’s top source for unsubsidized, affordable housing. The hitch, so to speak, is that while you own the home, often you pay rent on the space where you choose to park it. That can put homeowners at a distinct disadvantage when they come into conflict with park owners. And that dynamic plays out on issues from rental rates to eviction to immigration to redevelopment across Colorado.

>> Click here to see all the ways we and our partners approached the topic of mobile homes.

Mobile homes remain key to affordable housing, but their numbers are slipping and park ownership has gone corporate

In the first of three installments from The Sun, Jennifer Brown and I dug into the roles of residents, park managers and owners in this strange economic dance that has seen increasing industry consolidation — often to the disadvantage of low-income homeowners facing well-heeled park owners.

>> Read about the fraught relationships that mark many Colorado mobile home parks.

State law spelled out the rights and responsibilities of residents and park owners, but until now, it lacked enforcement

In today’s story, Jen and I explain how circumstances coalesced over four years to produce House Bill 1309, which finally gave some enforcement teeth to the 1985 Mobile Home Park Act — including a way for homeowners to challenge park owners outside the often prohibitively expensive court system. And stay tuned for our finale on some innovative solutions that give mobile homeowners a greater sense of stability and self-determination.

The death of 21-year-old Finnegan Daly at a house just off the Colorado State University campus initially didn’t attract much attention. The gunshot wound that killed the student entering the spring semester of his senior year was ruled accidental, and that was that. But since then, a Snapchat photo discovered by Daly’s family revealed more information, and now the case has been revived with charges that raise serious questions about the effectiveness of Colorado’s gun laws.

>> John Frank takes you through the twists and turns of a story still steeped in mystery. 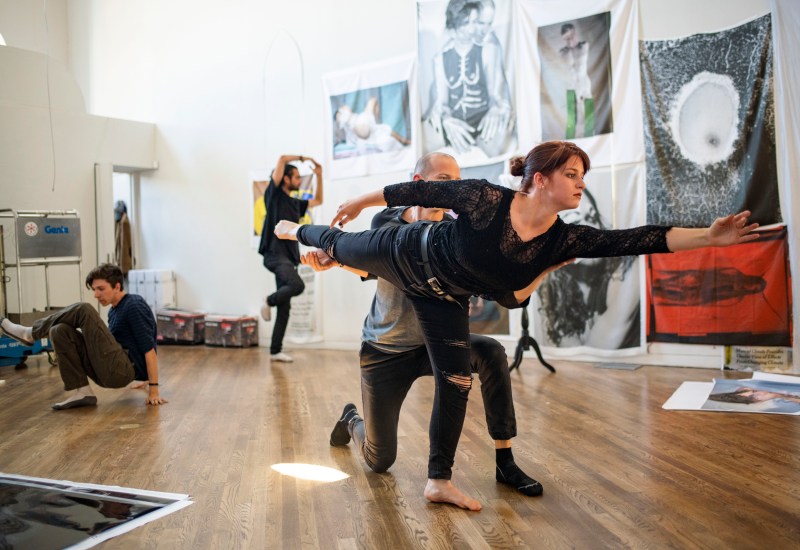 An internationally renowned artist who has exhibited from Kyoto to Provo has taken up residence at the University of Colorado’s Auraria campus, thanks to a connection with Jeff Lambson, curator of the school’s Emmanuel Gallery. The presence of Oliver Herring, whose work mixes performance with art objects and then records it through photos and video, is so momentous that the Denver Art Museum hung some of his work in recognition.

>> Colorado Sun contributor Joanne Ostrow brings you into the gallery and behind the scenes.

Support local journalism with your business, event or cause — and get it in front of Colorado’s most engaged audience — by underwriting The Colorado Sun’s newsletters. Email underwriting@coloradosun.com for fall and winter availability and rates.

// Turn Denver Post photojournalist R.J. Sangosti loose on Colorado’s Eastern Plains and you know he’ll come back with an important, relevant story, infused with compassion and beautiful photographs. He’s done it again with this one about an 18-year-old caregiver and her friendship with the 91-year-old client she now calls family. // The Denver Post 🔑

// Larry McNutt started lifting weights when he was 43, to aid his rehab after a car accident. One thing led to another, and he got hooked on bodybuilding. Now 79, he’s aiming for one more competition — when he turns 80. // The Grand Junction Daily Sentinel  🔑

// The city of Pueblo has secured a $3.8 million grant from the FAA for some specific improvements to its airport — fencing to keep wildlife from coyotes to pronghorn off the runways. // Pueblo Chieftain

// Deborah Ramirez, the Boulder resident and former Yale classmate of now-Supreme Court Justice Brett Kavanaugh, describes the experience of sharing her account of his alleged sexually inappropriate actions during their freshman year in an essay by two New York Times reporters. // The New York Times

// Colorado’s Safe2Tell program founder, Susan Payne, stepped down as director nearly a year ago, citing the need for a change. She found hers at Cheyenne Mountain School District 12, where she becomes its first director of safety and security. // The Gazette 🔑

// Denver’s electric scooters won’t be the only e-vehicles on city streets. Starting today, Denver Bike Sharing will provide e-bikes as yet another “micro-mobility” option. // Westword// Do you believe it’s been 50 years since Mo Siegel cofounded Celestial Seasonings tea? // Daily Camera 🔑

Why You Might Like It: For a generation of baseball fans, this book by the former major-league pitcher was like a rite of passage. It was not well-received by the baseball establishment, which only added to its cachet when it was published in 1970. It took down sacred cows, pulled back the curtain on the seemingly pristine world of pro sports and became one of the first important works of tell-it-like-it-is sports journalism. Bouton died in July, which prompted some of us who had long since lost our dog-eared copies go hunting for a replacement — and finding it, on Amazon! — in updated form. Still irreverent, even by today’s standards. Still funny as hell.

If you’ve stuck with us this far, you’re probably the kind of person who doesn’t need to be reminded of the importance of supporting local journalism.

But it’s worth saying anyway: We’ve all seen how quickly it can go away, so now is the time to step up and be part of our collaborative spirit. Just go to coloradosun.com/join and, with a few painless clicks, you’ll be part of the family.

Talk it up among your friends and neighbors. Urge them to sign up for our free newsletters (coloradosun.com/newsletters) — and then join, join, join. It only takes $5 a month, though maybe you’ll decide it’s worth all that and more.

Have a great week and don’t forget to take a look at our partners’ work on the “Parked” project and see how, when we all pull together, good things result.