The Sun’s first birthday / Possible recall overhaul / A crappy wastewater situation / Migrant stories behind your Palisade peaches / And much, much more

It was on a beautiful day like this 18 years ago that the United States was thrown into chaos and forever changed by a pair of airplanes that slammed into the World Trade Center towers in Manhattan, another that struck the Pentagon and a fourth that smashed into a field in western Pennsylvania.

Last year, on the second day of our publishing at coloradosun.com, I interviewed my father about how I — at 9 years old — handled the tragedy. “You grasped the enormity of it all,” he said. I still feel affected by it today.

Before you dive into this newsletter, take a moment to reflect and appreciate everything around you. I know I always do on every Sept. 11. It’s a good reminder that we are all in this thing together.

So let’s be good to each other, shall we?

JUST IN: Former U.S. attorney John Walsh announced this morning that he is ending his campaign for U.S. Senate and endorsing John Hickenlooper. That leaves 10 Democrats in the primary race, check out all of them here.

From our editor: The Colorado Sun offers its thanks on our first birthday

“The Colorado Sun rose quickly last year, and we have far exceeded the goals we set out for our first anniversary.”

On a personal note, thanks so much, Colorado, for helping us get to this point. The amount of journalism you made possible over these 12 months is really impressive. We still have a ways to go to reach sustainability, so now is the time to become a member and seize upon our limited anniversary discounts. We’re counting on you!

In the age of “go back where you came from,” Palisade carries on tradition of thanking orchard workers before they leave 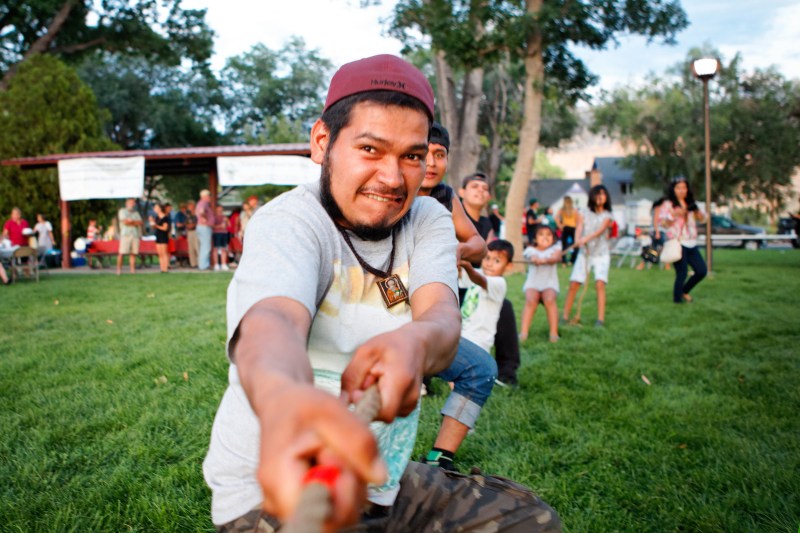 Julio Guirra, a migrant worker from Michoacan, Mexico, plays tug-of-war with other guests at the Child & Migrant Services’ Despedida. (Barton Glasser, Special to The Colorado Sun)

When you bite into a juicy Palisade peach, the last thing you’re probably thinking about is the person who picked it. But peach growers in Colorado know full well the importance of migrant workers — and how scarce they are becoming.

>> Reporter Nancy Lofholm brings you this beautiful story about the “despedida,” an annual farewell party for migrant peach pickers in Palisade that’s both a goodwill gesture and an act of good business. 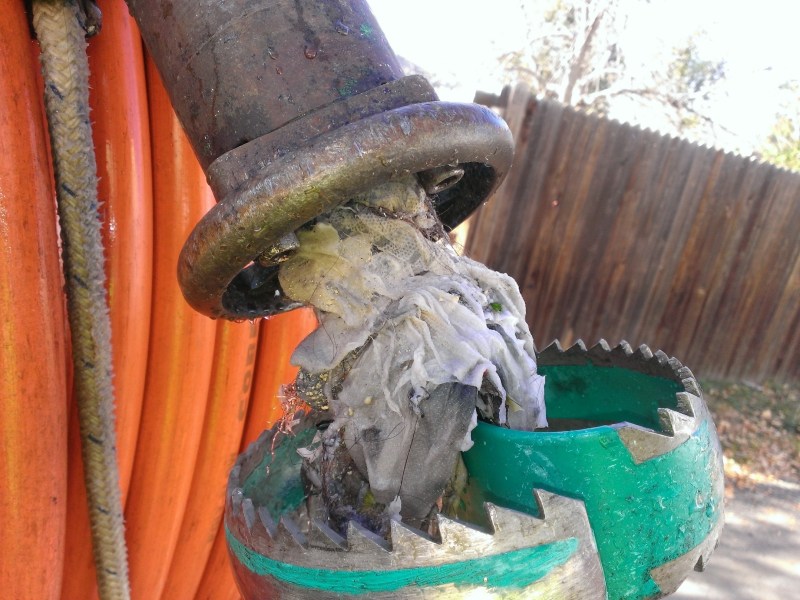 This story is gross, but it’s also important. You’ve probably heard about the problem of baby wipes across the U.S. and what they’ve done to sewage systems. Here in Colorado, the situation has reached “crisis” levels. If you think I’m overblowing this, just take a look at the pictures in this story. I’m not sure what I would do if that happened to my home.

>> “The wipes problem is not going away,” one wastewater expert told reporter Jason Blevins.

“There are people out there that should be recalled, but not just because you don’t like the way that person is.”

Recalls have been a thing for more than a century in Colorado and the U.S., but most attempts to oust elected officials have happened in the past 10 years. In the past 12 months alone, there have been at least six recall campaigns launched in the Centennial State. That has prompted calls from both Democrats and Republicans to reform the process, and it looks like we might see legislation next year to overhaul the way we remove public officials from office outside the election system.

>> Check out our explanation of how other states handle recalls and what top lawmakers are saying about the idea of bringing Colorado into line with the rest of the country.

>> MORE: The efforts to boot Democratic state Sens. Pete Lee of Colorado Springs and Brittany Pettersen of Lakewood were abandoned on Tuesday evening.

More From The Sun

Help us celebrate our one-year anniversary by wearing your support for The Colorado Sun! We’ve got hats and bow ties now at coloradosun.com/store. Use the promo code SUN1YEAR to get $5 off of T-shirts and tote bags!

// I love these kinds of stories: The Summit Water Rescue Team went out of its way recently to find a wedding ring lost in Lake Dillon. My family once tried to do this in a pond when my cousin lost his wedding band. We were not as successful. // Summit Daily

// Poverty puts poor people at a disadvantage in a lot of ways. But this Denverite story reveals one that I hadn’t really thought of before. // Denverite

// Could grocery stores use a “happy hour” to cut down on the amount of food they toss out? (*Books flight to Finland.) // New York Times

// I love nothing more than columns from college newspaper journalists reflecting on their time in higher education. Many of us can relate to these trials and tribulations — and they’re also a good reminder of how to get through the day-to-day. Shout out to Kiana Marsan for this one. // DU Clarion

// Speaking of great college journalism, check out this story from my cousin, Jacob Paul, about the hot dog vendor on his campus who’s leaving his post after serving as a fixture for years. Seriously, this one will make you smile. // The Tartan

// Another elected official has been indicted on suspicion of official misconduct in the Colorado high country. This time it’s Lake County’s coroner, who allegedly let his wife respond to three death scenes. The 5th Judicial District Attorney behind the indictment is also bringing a case against the Eagle County sheriff for his office’s spending. // CBS4, Colorado Sun

// The Durango & Silverton Narrow Gauge Railroad wants the lawsuit federal prosecutors filed against it for starting the 416 fire thrown out, claiming that the government has no standing to recover the $25 million it’s seeking related to the 2018 fire. // Colorado Sun, Durango Herald

// Doctors in Steamboat Springs may have found a way to treat methamphetamine users with medication. Colorado Public Radio

Recently my girlfriend and I stopped by Safeway for some quick groceries. When we got to the self-checkout line and scanned in all of our items, we realized we had forgotten our Safeway discount card.

As a joke, I pulled out my King Soopers’ discount card and scanned it in. And … IT WORKED. We saved something like $10. It turns out we aren’t the first people to discover this — and it might even work both ways. If anyone has an explanation as to what’s going on here or if you have had a similar experience, drop me a line at jesse@coloradosun.com

Got a thing? Send us an email at things@coloradosun.com and you could be published in a future Sunriser!

Word on the street is that it might snow tonight in Colorado’s northern mountains. That’s great news for those of us who have been clamoring to get back on our skis as soon as possible.

Here’s a cool picture of my buddy Will jumping off a rock at Arapahoe Basin last winter: 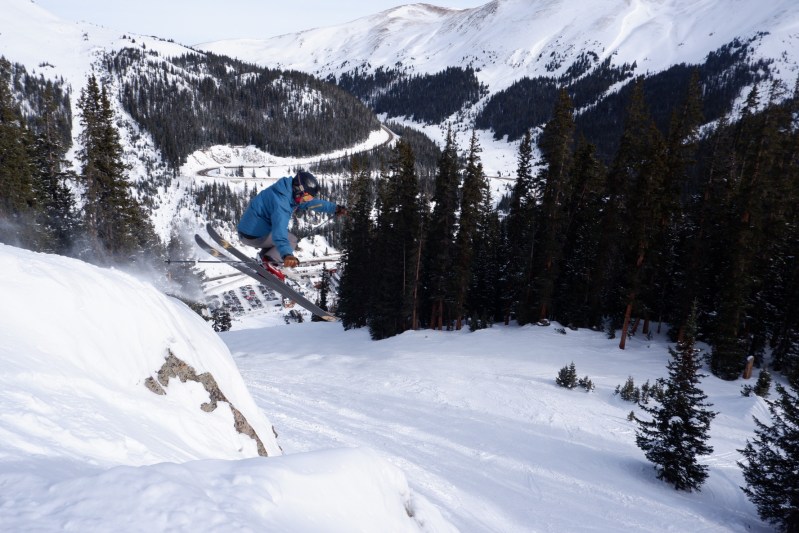 Skier Will Durrett makes his way drown a run at Arapahoe Basin on Feb. 9, 2019. Loveland Pass winds its way up to the Continental Divide in the background. (Jesse Paul, The Colorado Sun)

If you’re like me and still trying to figure out which pass to get, check out this guide from Jason Blevins.

In the meantime, DON’T FORGET TO BECOME A COLORADO SUN MEMBER. Do it right now or risk running out of time before our anniversary discount goes away.

And remember: Be nice to each other.