Good morning and welcome to Hangover Week! We all know how long a week lasting five-whole-days is going to feel after the holiday, so let’s just acknowledge that feeling of dread and put it to the side.

After our little break on Friday, we have a cooler full of refreshing stories to get to so we’re going to stay pithy and fast-moving today (I’m saying that to myself as much as I am to you, dear reader.)

So let’s roll this sleeping bag up and hit the trail already, shall we?

SUPER QUICK CONGRATULATIONS BREAK: Our own John Ingold and our former colleague Jordan Steffen had a healthy baby girl over the holiday week! We are so happy to welcome the first Colorado Sun staff baby and we’re thrilled someone is going to get to wear this onesie we have for sale over at our store. I’d say you could send your own congratulations to him, but it might be a couple of weeks before he could even process it, so I’m sure he’d just enjoy you reading and sharing his past work while he’s on paternity leave.

Hey, business owners and event marketers: The Colorado Sun’s newsletters have a fast-growing and highly engaged audience. Consider underwriting The Sunriser or any of our other newsletters to help spread your message and support local journalism at the same time. Email underwriting@coloradosun.com for rates and availability.

We’re going to lightning round this section today because there’s just too much good stuff to share with you: 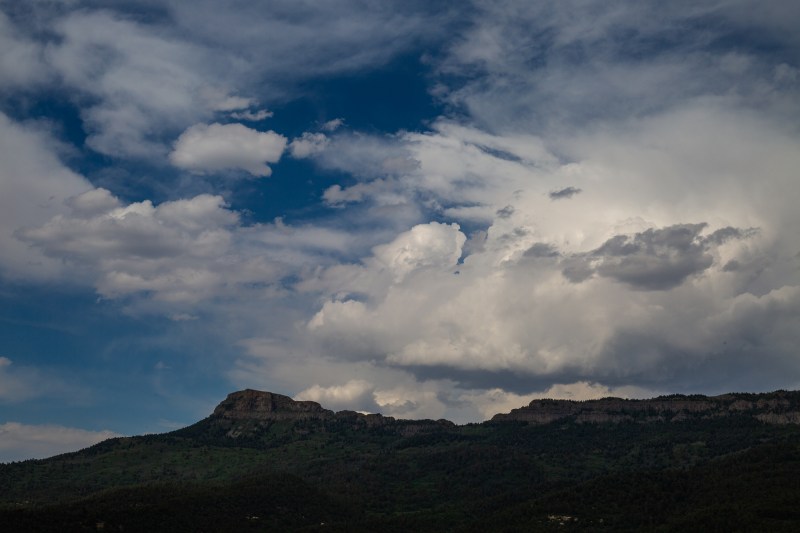 Fisher’s Peak looms over Trinidad, but has been privately owned and inaccessible. A new project could change that soon. (Nina Riggio, Special to The Colorado Sun) 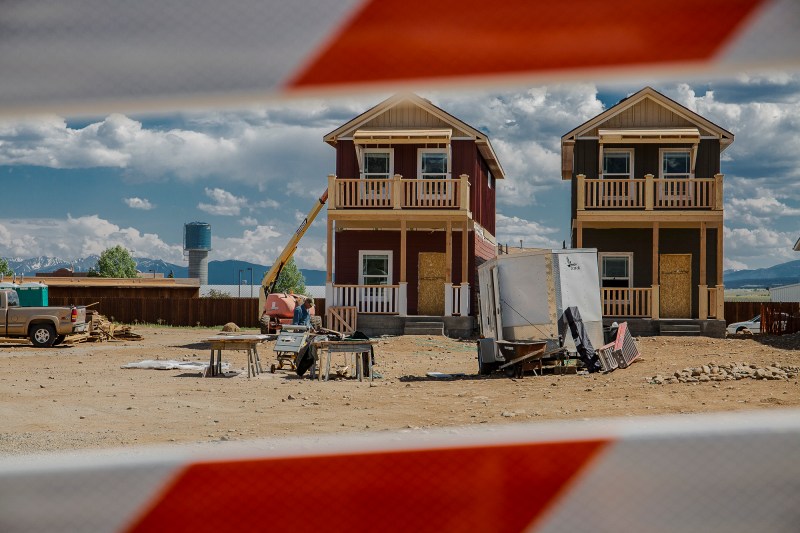 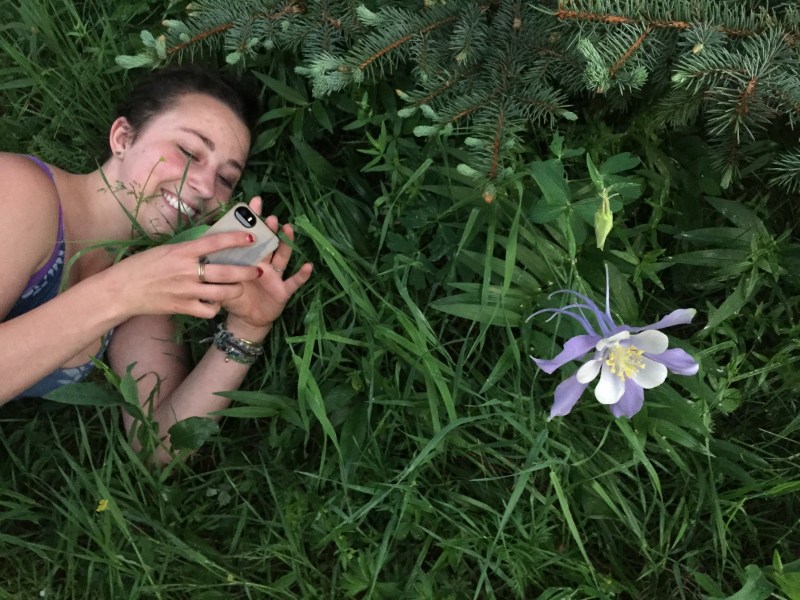 Boulder Beer is the oldest craft brewery in Colorado, and its tap house near the security checkpoint at Denver International Airport is popular. (John Frank, The Colorado Sun)

This is such a fun story. Our resident beer writer saw DIA now boasts six breweries. Can he visit them all in one day and still make a flight? See for yourself.

// 5280 magazine has produced lots of great and memorable writing over the past 25 years, so it’s not so surprising that editors there have compiled an anthology to celebrate the anniversary (or that the anthology took top honors in its class at the 2019 Colorado Book Awards.) One of the mag’s current writers, Robert Sanchez, provides this week’s SunLit excerpt — the opening of his longform piece “Lost,” which recounts a timeless and tragic tale of the search for hidden riches. In the SunLit interview, editor Geoff Van Dyke talks about the challenging process of assembling such a collection when many deserving entries had to be left out. 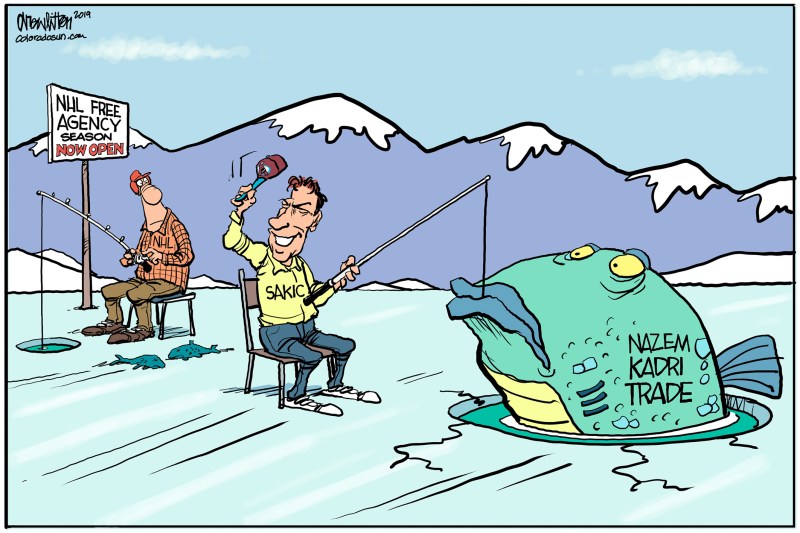 // What’s it like to have something you created go viral in the worst corners of the internet? In “What’d I Miss?” we see Ossie discovering in real time just how quickly things can spiral out of control.

// Before we get into the Colorado news, a reminder that just because we had a few days off doesn’t mean the crisis at the border has changed:

// Former Colorado Gov. John Hickenlooper is not abandoning his presidential ambitions despite the exodus of staff and unflattering stories last week. The Democrat says the vast majority of his campaign’s problems are on him. // The Associated Press

// We don’t exactly have a coastline to worry about here, but The LA Times did a beautiful and terrifying job of illustrating how rising temperatures are helping the ocean eat away at California’s coastline. It is some truly stunning print layout work. // LA Times 🔑

// OK, back here in Colorado: Pueblo residents do not need to boil their water as of this morning, after a weekend full of escalating warnings over water safety thanks to a major water main break. // Pueblo Chieftain 🔑

// The Fourth of July holiday included mile-long lines to get into Rocky Mountain National Park and *checks notes* a Confederate flag float in Bayfield’s holiday parade? // The Know, The Journal

// I’m keeping an eye on this lawsuit against Meow Wolf in Santa Fe — alleging labor violations and racial and gender discrimination — as the arts juggernaut prepares to become a major player in Colorado. // Santa Fe Reporter

// I’m still buzzing from the USWNT’s World Cup win in France yesterday — and mad that we don’t have a NWSL pro team of our own in Colorado. But on the women kicking ass in sports beat, we have good news: The Athletic has a great feature on Aurora’s dunking superstar Fran Belibi, who could change women’s basketball, but she’s still focused on becoming a doctor. And more girls than ever are playing high school football. // The Athletic 🔑, 5280

// Interesting real estate news: The Little Papoose Ranch near Ridgway has been purchased by The Trinity Broadcasting Network — the televangelism empire under fire in a sexual assault scandal in California — to become a shooting location for the network. // Ouray County Plaindealer

// Ex-members of Shambhala, the Boulder-born Buddhist organization, say the organization suppressed allegations of abuse, including telling one member that the abuse at the hands of another member was “good material” to work with in meditation. // The Denver Post 🔑

// In the immediate aftermath of the death of legendary motorcycle racer Carlin Dunne on Pikes Peak on July 2, race officials attempted to shut down the press, according to The Gazette’s Evan Petzold. // The Gazette 🔑

// These photos of the Greeley Stampede had me feeling intensely nostalgic for the Yuma County Fair (I even spotted a guy I went to high school with in one of them). // KUNC on Twitter

// A proposal in Colorado to ban abortions at 22 weeks took a big step toward landing on the 2020 ballot last week. // The Associated Press

Why You Might Like It: I don’t even know where to begin to say how great this mostly overlooked mockumentary from 2000 is. The film is full of stars — including Colorado’s own Amy Adams in her first film role — but its focus on a patriotism-drenched beauty pageant in rural Minnesota captures just how bizarre the power dynamics of a small town can be, while also being shockingly relevant for the ongoing culture wars 19 years later. But if you need another reason: It’s just incredibly, ridiculously funny and it’s just over 80 minutes long.

Hey, what’s your thing? If you have something that you just can’t stop raving about that you’d like to share, send us an email at things@coloradosun.com and you could be published in a future Sunriser!

That’s it. I hope your brain is pleasantly stuffed with new information after making it all the way through this Sunriser. The summer is busy, but we are always looking to expand the community we’re building here, so don’t forget to share the stories you read here with the people in your life and encourage them to sign up for The Sunriser over at coloradosun.com/newsletters. Every new reader helps!

Drink plenty of water today, try not to scratch those mosquito bites and we’ll see you back here on Wednesday.