Good morning! Today is my birthday, the big (?) 36, the kickoff to my fourth cycle through the Chinese Zodiac (shout-out to my fellow Rats) or, from your perspective: “just Wednesday.”

I’m not a big birthday celebrator, but I mention it today because for once, I know exactly what I want as a gift: Your support for The Colorado Sun!

You’re already a member, so you’ve already made the most impactful move you can to support local news. But you can extend your support in so many ways:

The venerable Greeley Tribune has been sold to the company that already owns most of the remaining newspapers in the state, part of a trend of consolidation that will only accelerate as 2020 progresses.

But for just $5/month you can invest in a totally new way to think about how local news is made, funded and distributed (and if you can afford a little more, you can add the conversation-setting politics newsletter The Unaffiliated and other perks to your membership).

Click here to get your membership and to show your commitment to Colorado.

OK, let’s blow out these candles already, shall we?

TOMORROW! LOVELAND! If you’re within a stone’s throw of Loveland tomorrow, come on over to Verboten Brewing to talk with journalists from The Colorado Sun and KUNC. The event is free and starts at 6:30, but RSVP here to help us estimate the crowd. Hope to see you there!

Most used wind turbine blades end up in landfills. Colorado is part of the push to make the industry greener. 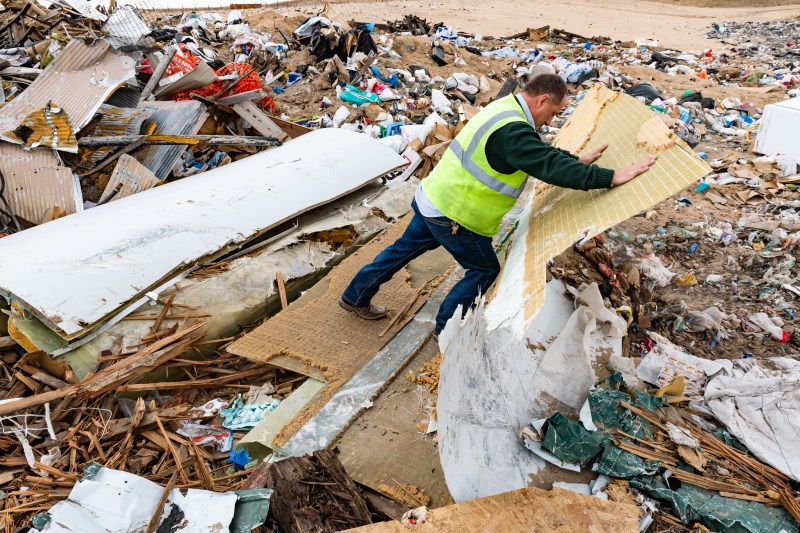 Richard Cullip, assistant supervisor of the Logan County Landfill, lifts a section of a wind turbine blade to demonstrate its resilience. (Andy Colwell, Special to The Colorado Sun)

—The amount of trash that could fit into the space taken up by one turbine blade.

Wind power is one of the greenest ways to generate electricity, but the first generation of massive fiberglass and steel blades are almost always ending up in the dump. Kevin Simpson takes a thorough look at the ways the industry is working to make turbines more repairable and recyclable. >> STORY

Polis wants communities to negotiate directly with hospitals. But, in Durango, a major hospital system just said no.

“We’re not able to compete with larger employers who do offer that package. But we do other things. We bring cookies in and try to be nice.”

— Peter Schertz, a co-owner of Maria’s Bookshop in Durango, a participant in the Southwest Health Alliance

Ever since Peak Health Alliance was able to drop insurance premiums by up to 20% for Summit County residents by negotiating with its local hospital, residents (and the governor) have looked to similar alliances to help with sky-high health care costs. But what happens when the local hospital doesn’t want to play ball? John Ingold looks at the aftermath and what’s next. >> STORY

The snowbikers were prepared. But an “avalanche terrain trap” near Vail still stole two lives. 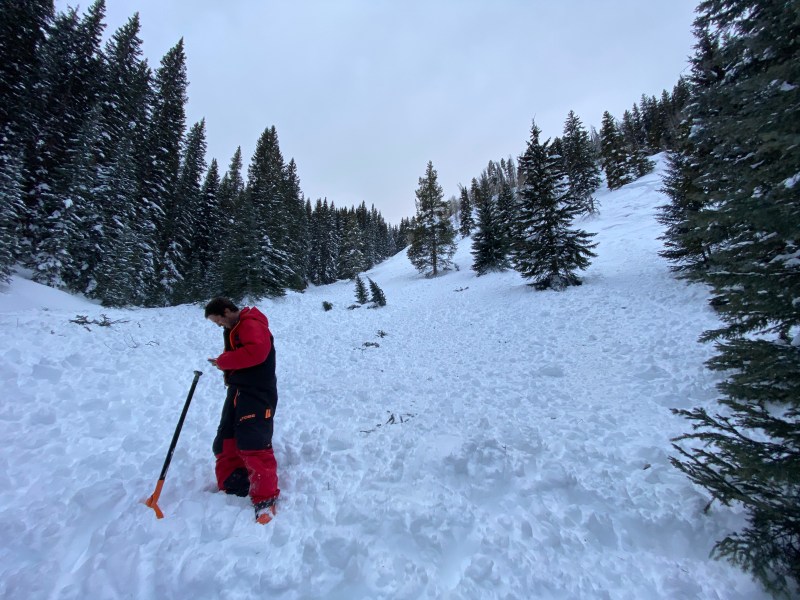 Looking up at the avalanche area near Vail where two snowbikers were killed on Feb. 15, 2020. (Hunter Schleper, Colorado Avalanche Information Center.)

Snow-biking — riding lightweight, high-powered dirt bikes equipped with a snowmobile-like track — is getting more popular in Colorado’s backcountry. But the recent deaths of two trained, prepared snowbikers near Vail is yet another reminder of the dangers of the state’s snowy terrain. Jason Blevins takes you step-by-step through the report. >> ANALYSIS

+ “MODERATE” DANGER IS STILL DANGER: That deadly slide happened during a “moderate” avalanche danger forecast — part of a trend of deaths happening in the “middle” categories of avalanche danger. >> STORY

“We’ve been very vocal that Colorado has a lot more knowledge about this than someone sitting in Washington, D.C. If we follow the regulations as written by the U.S. Department of Agriculture, there won’t be a hemp crop.”

After the 2018 Farm Bill made hemp production legal, Colorado’s hemp farmers — in the midst of the “green rush” for CBD products — are worried that switching from the state’s now 6-year-old regulatory system to new federal rules will make their work harder. >> STORY

With Bernie Sanders surging, Colorado could become a proving ground for his lagging rivals 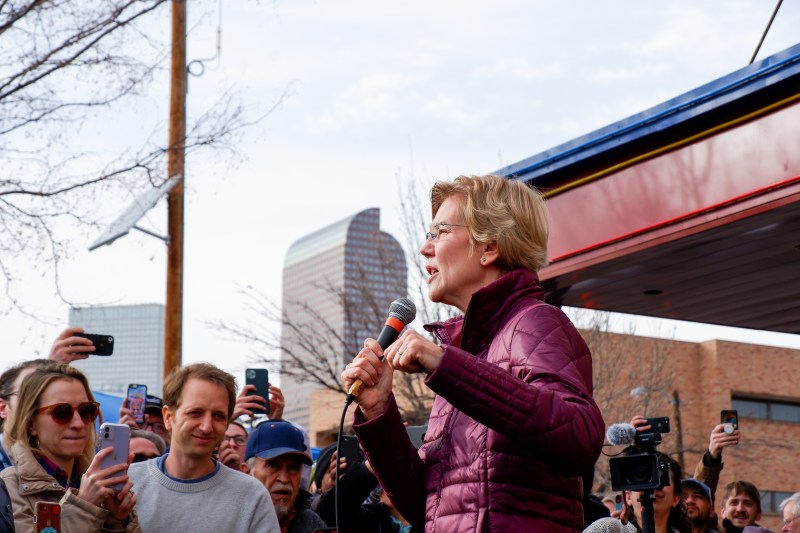 U.S. Sen. Elizabeth Warren campaigns in Denver outside of the Fillmore Auditorium on Feb. 23, 2020. (Jesse Paul, The Colorado Sun)

After Bernie Sanders’ decisive victory in Nevada — the first primary contest in the Western states — many of the other contenders are pinning their hopes on Super Tuesday. Jesse Paul writes about why Elizabeth Warren, Amy Klobuchar and Pete Buttigieg are looking for a stronger-than-expected showing in Colorado to help keep their campaigns alive. >> STORY

+ HOW 5 UNDECIDED COLORADANS ARE WEIGHING THEIR VOTES: After last night’s debate, Jesse Paul talked to a group of undecided voters about what they are considering before they fill in those ballot bubbles. >> INTERVIEW

++ PSA: DON’T MAIL IN YOUR BALLOT! It’s too late to use the mail to get your ballot in by Election Day. You’ll need to take it to one of the state’s many drop-off boxes, mapped here.

“Just because you are straight and being hit on by someone of the same sex in, say, a bar, shouldn’t cause you to have such a panic as to be able to pull out your Glock and kill them.”

— Rep. Matt Soper, a Delta Republican who is pushing for House Bill 1307

// A SHORT CORONAVIRUS READING LIST: It’s the single strand of RNA that’s on everyone’s minds, so here are a few notable pieces I’ve been reading about the coronavirus.

// WHO IS UNION STATION FOR? Signs popped up in Denver’s publicly owned, privately run downtown train station explaining a policy blocking anyone who isn’t spending money from sitting at a table or on one of the couches in the Great Hall. // Denverite

// THE BATTLE OVER THE THORNTON PIPELINE CONTINUES: The always-present battle over water in Colorado isn’t always about the right to pump from the ground or to redirect river water. Sometimes it’s just about getting water from point A to point B. Cuyler Meade has a great in-depth look at the fight over the Thornton pipeline still happening in Weld County. // Greeley Tribune

// DENVER’S “LOVE AFFAIR” WITH THE CAR: Two complementary stories hit my feed at the same time this morning. First, news that Denver is home to three of the worst traffic bottlenecks in the country. Secondly Westword’s look at the “sea change” of residents who are pushing Denver to get over its “love affair” with cars as the only way to get around town. // Denver Business Journal, Westword

And there you have it, another Wednesday Sunriser in the books. Your presence is my birthday present, and I want to thank you as always for your time.

I hope to see some of my NoCo folks out at Loveland tomorrow to talk news with journalists from The Sun and KUNC or if you can squeeze on to the waitlist for our lunchtime event with Sen. Michael Bennet on Friday at DU.

Have a great Wednesday!