Good morning! We’re ready to hit this week hard with a newsletter full of the kinds of essential topics that touch everybody: Water, broadband, teachers and politics. But first!

The Colorado Sun is hosting a conversation with Sen. Michael Bennet — this Friday at noon at the University of Denver! If you don’t have lunch plans, come grab a bite and preview Super Tuesday with Colorado’s senior senator and recent presidential candidate.

Bennet will reflect on lessons he learned in Iowa and New Hampshire, the influence of money on national politics and other issues.

As a Colorado Sun member, here’s your link to RSVP to this free event to guarantee space in this limited room. We hope to see you for lunch!

The event is free, but here’s your link to RSVP to get space in this limited room. We hope to see you for lunch!

Let’s fry this bologna* already, shall we?

*not a preview of Friday’s menu

To bridge the cultures of Mexico’s border region and a neglected Colorado neighborhood, just add water 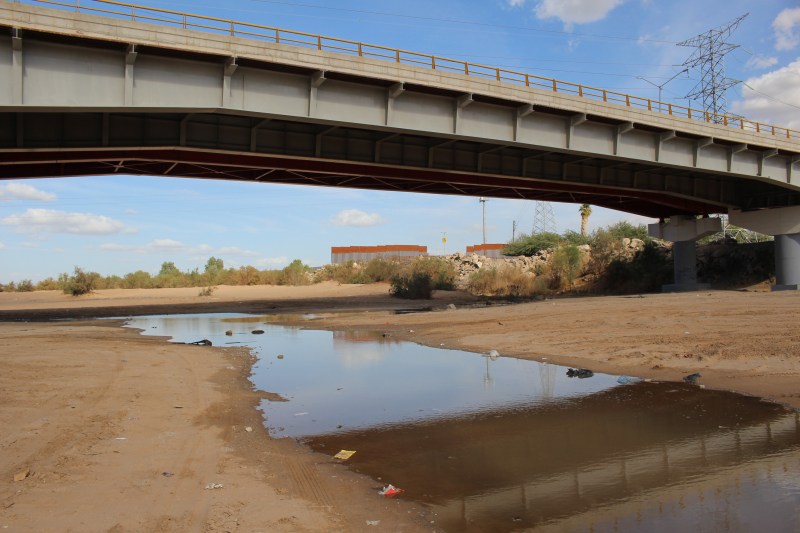 The bridge at San Luis Rio Colorado in Mexico played host to a spontaneous party in spring 2014, when the Colorado River again flowed here during the pulse flow. (Luke Runyon, KUNC)

The little trickle of water under that bridge in the photo above is the rare evidence of a once-strong ecological connection between Colorado and Mexico. But as the water of the overtaxed Colorado River dries up, activists and planners are working to not only restart the flow, but to rehabilitate neglected neighborhoods on the distant ends of the water way: Denver’s Sun Valley and San Luis Rio Colorado in Mexico. Sharon Udasin, a Ted Scripps fellow at the University of Colorado Center for Environmental Journalism, brings us the story of these two “river sisters.” >> STORY + PHOTOS

Rural Colorado sees more broadband options coming online. But getting up to speed is taking longer than anticipated in some areas.

That jump, from 87% to 92%, is what the State of Colorado is hoping to accomplish between now and June. But as Tamara Chuang writes, while more options are creeping into the most underserved parts of the state, coverage numbers aren’t the whole story and there are still some physical realities that will make closing that final gap increasingly difficult. >> ANALYSIS

Thousands of teachers applied to Colorado’s new educator loan forgiveness program. But only 100 spots are available.

“Unless I win the lottery, I could see myself paying it until the day I die.”

The Colorado Department of Higher Education is granting loan forgiveness of up to $5,000 each year for five years. Will that draw more people into rural classrooms and help the state overcome its teacher shortage? >> STORY + ANALYSIS

The campaigns come for Colorado 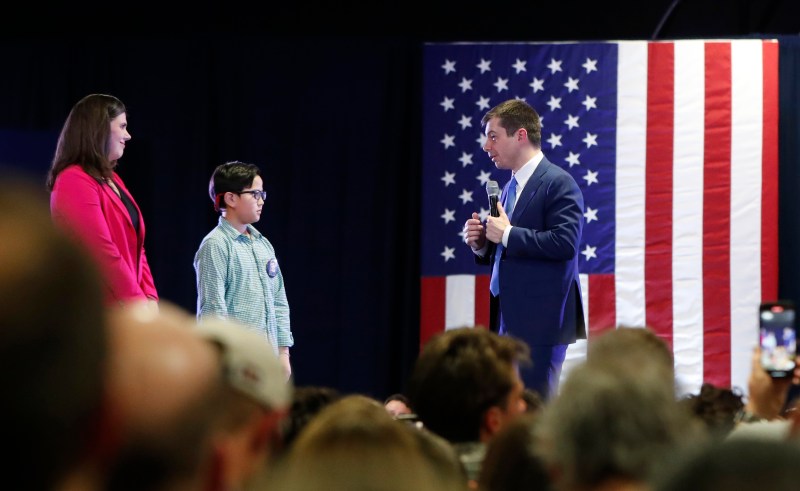 Democratic presidential candidate Pete Buttigieg speaks to 9-year-old Zachary Ro, center, of Lone Tree, as Colorado Secretary of State Jena Griswold looks on at a campaign rally on Feb. 22, 2020, in Aurora. The boy questioned Buttigieg on how to tell people that he is gay. (AP Photo/David Zalubowski)

Colorado isn’t the biggest jewel in the Super Tuesday crown for Democratic presidential hopefuls, but the state’s purple reputation and competitive Senate race means that (almost) all the viable candidates have shown their faces in the Centennial state. Here are a few recent highlights:

Thanks for spending a little time with us to start up your week! We hope to see you at one of our events this week, whether it’s the book club tonight, Thursday’s News and Brews in Loveland or Friday’s lunch chat with Sen. Michael Bennet.

Have a great day!