Happy Monday, friends! You had a solid weekend, right, and spent at least a couple of minutes enjoying the outdoors? Bees flying around one of two hives in my yard Saturday afternoon tricked me into thinking that a day of 50-plus temps indicated spring was really afoot. Of course I hit straight-up ice when I stabbed a garden fork into the vegetable garden.

I should have paid better attention to what the bees really were doing for their colony — foraging for water and neatening up after a couple of months clustered to keep their home and queen warm. These are little tasks that contribute to the vitality of the community as they prepare for the big work pollinating at just the right time.

It’s not unlike what it takes to keep an independent news organization going.

So thanks for being a supporter of The Sun. Your membership goes a long way toward keeping our little journalism collective humming, helping to fund reporting and photography in communities all over Colorado.

As little as $5 a month (you can sign up from your phone in just a few taps!) goes a long way toward keeping our little journalism collective humming, helping to fund reporting and photography in communities all over Colorado

And if you do find The Sunriser — or more importantly, the journalism we share here — valuable in your life, it’s time to step up and support the community! The Sun is reader-first and paywall-free, which means that your support is the only way we can keep doing what we’re doing.

Let’s get to the news buzz, shall we? 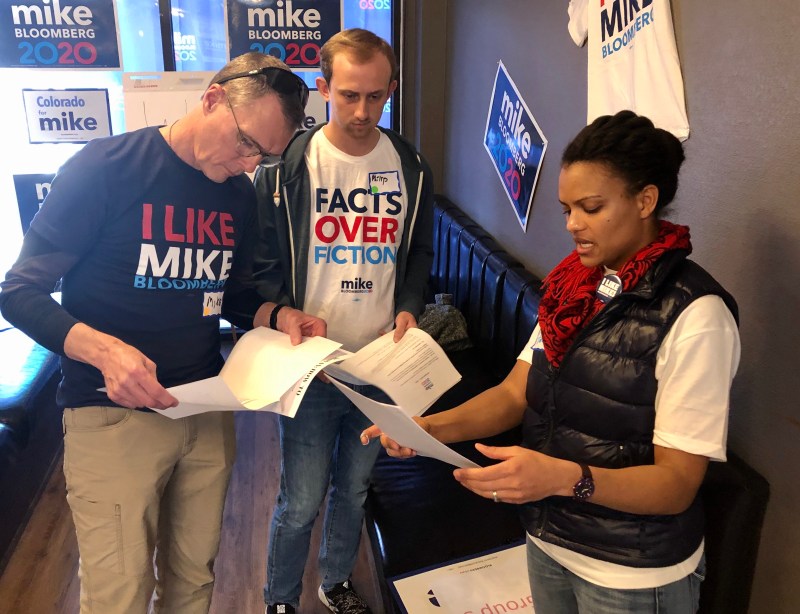 Michael Bloomberg began his campaign for the Democratic presidential nomination in earnest in Colorado this weekend. But the billionaire businessman and gun-control activist has been pushing his agenda — and defending local politicians who carried it — here for more than a decade. So how will that play out on Super Tuesday, as Colorado holds its first primary in 20 years? John Frank went out in the field Saturday to take the political temperature. >> STORY

What’s the point of a Mesa County deputy sitting out on a lonely stretch of Interstate 70 a few miles from the Utah border? I’ll let the DEA sum it up for you: 20 tons of illicit drugs seized and untold numbers of lives saved. Nancy Lofholm went on patrol with Deputy Mike Miller and his drug-sniffing dog C.J. and learned how the odor of Bondo and his eye for things that aren’t quite right has made his spot on the road one of the top drug interdiction sites in Colorado. >> STORY

Colorado’s reinsurance program has some complex math attached to it — not the least of which is that it’s led to some families seeing their health insurance premiums drop by $1,000 a month. But when it all collided with the state’s other big math problem, the TABOR state revenue cap, it got really complicated. John Ingold explains how the flow of money from the feds is taking a little of the pressure off. >> STORY 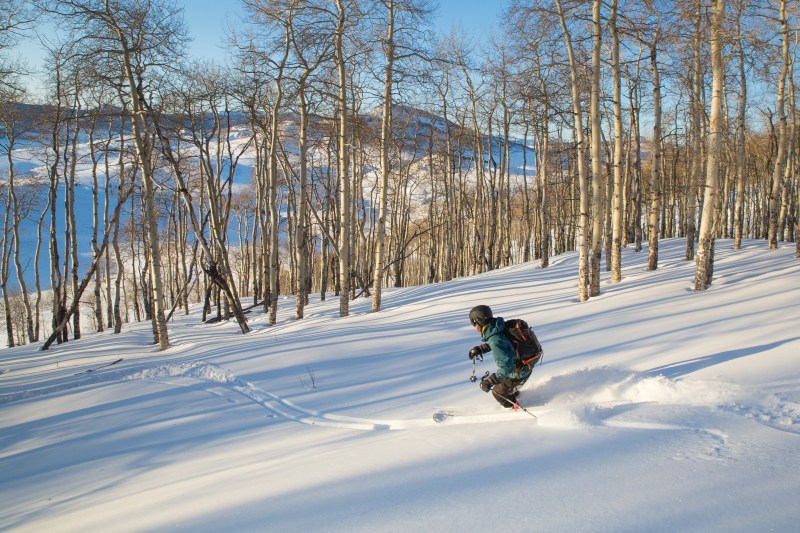 We’ve been talking about human-powered skiing for less than a year and already Bluebird Backcountry has inked a deal for a backcountry ski area that will open next month on a ranch near Kremmling. It’s got the trimmings of a traditional hill — ski patrollers, instructors, guides, a base hut, gear rentals, a mountain warming hut, trails and avalanche hazard reduction — minus the chairlift. As uphill skiing and backcountry touring explode, “we are seeing a confluence of factors that make this the perfect time,” co-founder Eric Lambert says. Jason Blevins has the details.  >> STORY

// HELP WANTED IN THE EASTERN PLAINS: The worker shortage is everywhere, including the Eastern Plains where five counties had some of the nation’s lowest unemployment rates in November. The agriculture communities do have smaller populations — Yuma County counted 83 folks unemployed to rank as the nation’s lowest of 1.2% — but residents are aging, young folks are leaving for college and not returning, and there just aren’t enough people to fill the jobs. // The Denver Post 🔑

// HISTORIC DUPLEX (MOSTLY) DEMOLISHED IN AN ACT OF “VANDALISM”: In a case that evokes Marv Heemeyer’s bulldozer attack on the town of Granby in 2004 and that time a few months later when a local newspaper columnist smashed windows from a historic home in Boulder in an act of civil disobedience, someone stole a bulldozer and ruined a landmarked duplex located in the middle of a controversial redevelopment project on Boulder’s Mapleton Hill. // Sky-Hi News, Westword, Daily Camera 🔑

// KOBE BRYANT’S COMPLICATED LEGACY IN COLORADO: Fans across the nation were stunned by the death of the LA Lakers star Sunday morning in a private helicopter crash. But in Colorado, where he was charged for sexually assaulting a 19-year-old employee of the Lodge & Spa at Cordillera in Eagle County in 2003, his legacy is complex. // LA Times, The Daily Beast

// WHEN DECOR IS A DRAW IT’S TAXABLE? An old-timey candy store may have to shutter after being dinged for $40,000 in taxes because the owner’s $400,000 antique collection displayed there is, according to the Larimer County Assessor, used to generate revenue. // Fox31

// POPE FRANCIS ACCEPTS ARCHBISHOP CHARLES CHAPUT’S RESIGNATION: The conservative archbishop criticized for his handling of the priest sex abuse scandal when he led the Denver Archdiocese will step down from his post as archbishop of Philadelphia. // CPR, New York TImes

// VIRUS SCARE CANCELS CHINESE NEW YEAR CELEBRATIONS: Chinese New Year (xin nian kuai le) began Saturday but the contagious coronavirus spreading in China has limited celebrations even in Denver. After a Lakewood hospital isolated a sick patient as a precautionary measure on Friday (the patient didn’t end up having the virus), the Denver Chinese School canceled its celebration over the weekend. The Centers for Disease Control and Prevention recommends washing your hands, staying home if you’re sick and avoiding other sick folks. // CPR News, The Denver Post 🔑, Centers for Disease Control

Even though Eric, our usual wrangler, is off for the week, thanks for sticking with us to the end. Look for Kevin Simpson back in this space on Wednesday!