Hick’s spending in the spotlight / More taxes on Colorado’s rich? / Farmers on new trade pact / The saga of Granby Ranch / + So. Much. More.

Good morning and happy Friday, folks. January has shaped up to be a busy month, and this week was no exception. We’re stuffed with news today — and I can tell you’re eager to get to the weekend — so let’s just skip the formalities and strap up these snowshoes, shall we?

From backcountry skiing to hot tub hangouts and whiskey sipping, there are plenty of excuses to visit Estes Park this winter. Need one? Check out 9 here.

Folks, there is a lot going on in this story by John Frank and CBS4’s Shaun Boyd, so I’m going to just give you a few bullet points. This story involves:

As I said, there’s a lot here, so now’s a good time to go read the whole article. >> STORY

Colorado progressives have a new target in their pursuit of a tax overhaul: the rich. Here’s why. 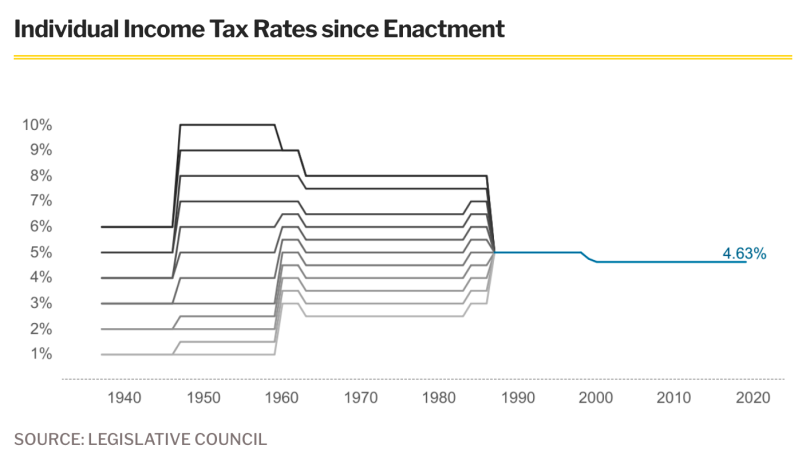 What you’re looking at in the chart above is how Colorado has taxed different income tiers since the mid-1940s. Back then, lower-income people paid around 1% income tax and the highest earners paid nearly 10%. But fast forward to the ’80s, when Colorado adopted a flat tax later entrenched by TABOR, and you can see just how the tax rate for both the poorest 📈 and richest 📉 Coloradans has drastically changed. And that imbalance is what the progressive Colorado Fiscal Institute is targeting.  Brian Eason has more on the past, present and future (?) of taxes. >> STORY + CHARTS + ANALYSIS

Remember that lawsuit — which has cost taxpayers $40,000 and counting — by Colorado Senate Republicans against Colorado Senate Democrats for their use of computers to speed-read bills (to circumvent a GOP request the minority party admits was a stalling tactic)? So far taxpayers are paying only for the Democrats’ defense, and some of that money was approved without appropriate legislative oversight. Jesse Paul has more. >> STORY

“Well, politics can’t be a part of this analysis. What our country needs right now is people that are willing to step up and defend the rule of law, defend our Constitution and do the right thing.”

— U.S. Rep. Jason Crow, D-Aurora, on his role as an impeachment manager.

Deal for Granby Ranch, weighed down by $62 million in debt, is scuttled. Next up: foreclosure. 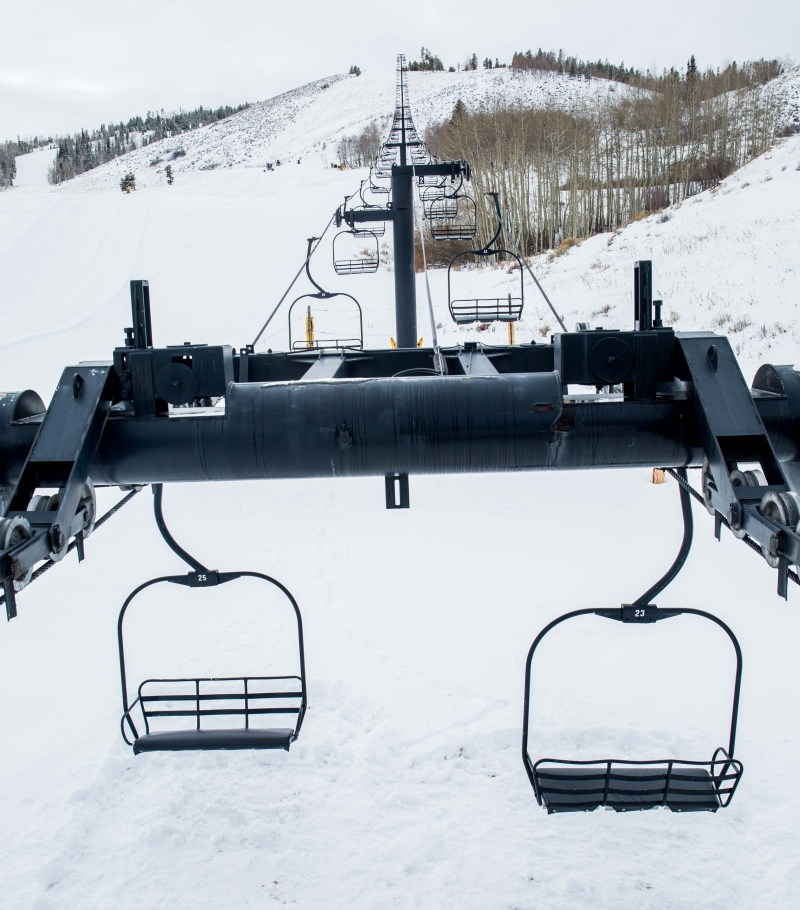 A chairlift at Ski Granby Ranch in Grand County on Nov. 29, 2018. (Nina Riggio, Special to The Colorado Sun)

The tortured tale of the ski and golf resort in Granby has reached another major turning point. A deal that would have helped the resort avoid a long court battle was canceled by the lender, who said even taking the entire property is not enough to cover the $62 million owed. And now, Jason Blevins writes, all of Grand County is waiting to see what’s next for what many hoped would be an economic driver in the region. >> STORY + PHOTOS

Craft beer is at a “precipice.” Colorado can relate after Boulder Beer closure and New Belgium sale. 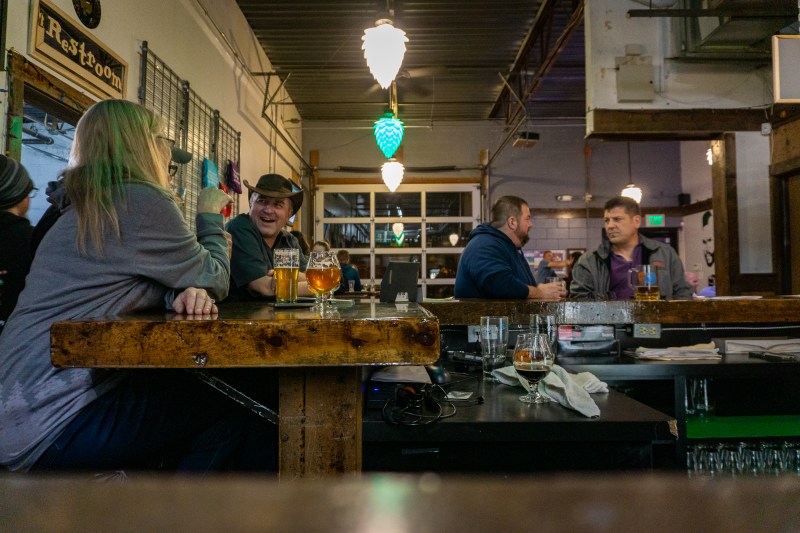 Strange Craft Beer Company head brewer Tim Myers (in the outback hat) chats over a beer at the brewery in Denver on Jan. 16. (Eric Lubbers, The Colorado Sun)

The first craft brewer in the state is closing its doors tomorrow. The poster child for employee-owned, successful craft brewing has already sold out to an international conglomerate. So where does that leave the craft brewing industry? John Frank went to the Big Beers festival in Breckenridge to see how the state’s leading brewers are rolling with the changes to not just survive — but thrive. >> STORY + PHOTOS

And if you’re feeling sentimental, Saturday is the final day at Boulder Beer’s The Pub on Wilderness Place in Boulder. The first craft brewery in the state is closing for good. 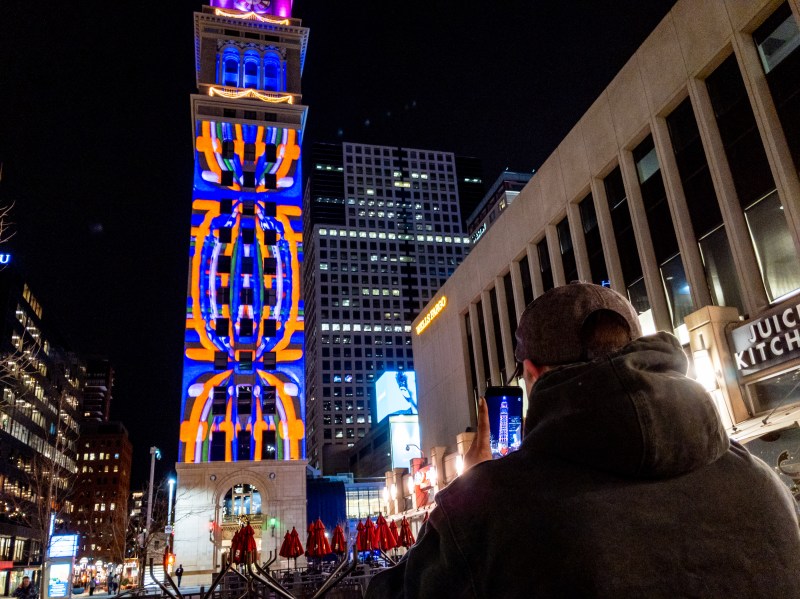 Marcos Gutierrez, 19, of Montbello, takes a photo of the Denver Night Lights projection on the 16th Street Mall on Jan. 16, 2020. (Eric Lubbers, The Colorado Sun)

Let’s not kid ourselves: There’s a lot to look at on Denver’s 16th Street Mall, and very little of it is surprising. But last night when I went to take the photos for this story, I saw every kind of pedestrian, office worker, diner and tourist stop in their tracks to look at the side of a building. Joanne Ostrow has the story behind the scenes of the “Night Lights” project that the Denver Theatre District is hoping will be a decade-long, constantly changing installation. >> STORY + PHOTOS + VIDEO 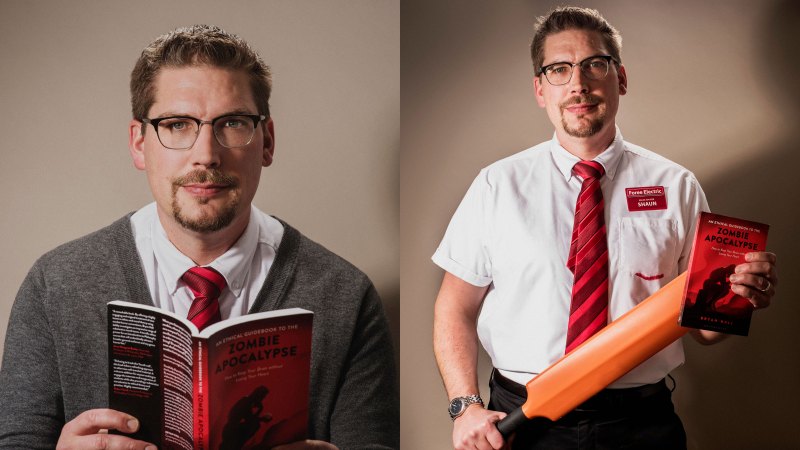 Honestly, Regis University professor Bryan Hall’s book title kind of tells you the story: “An Ethical Guidebook to the Zombie Apocalypse: How to Keep Your Brain without Losing Your Heart.” But as Kevin Simpson discovered in conversation with him, there is much to be learned about our upside-down political climate by thinking — a lot — about zombies. >> INTERVIEW

+ SUNLIT: This week’s SunLit excerpt may be the shortest to date — it clocks in at 130 words — but it packs a powerful punch, the way poetry should. Poet Rosemerry Wahtola Trommer offers lines from her collection “Naked for Tea” and in her SunLit interview reveals the common thread that ties these poems together.

QUICK HITS FROM THE SUN 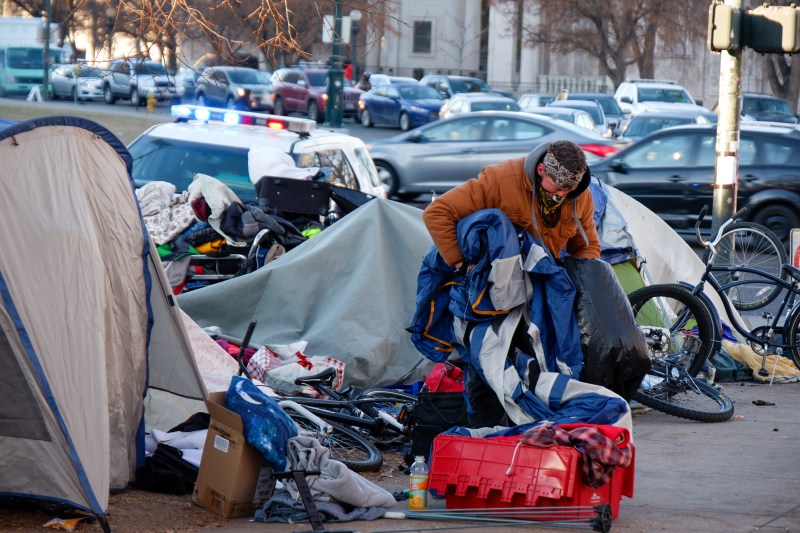 People clean up their encampments along Lincoln Park, which was closed on Jan 15, because of public health concerns. (Jesse Paul, The Colorado Sun) 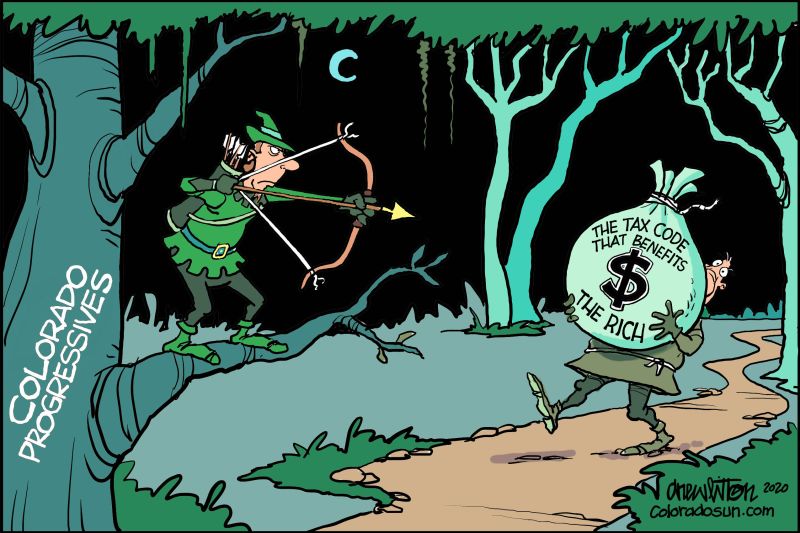 // Drew Litton takes aim at income inequality in his cartoon companion to our story on Colorado’s tax rates above.

// What’d I Miss? contemplates the gamble people of color take when they chose to legally to carry a weapon. It’s a game of red flag roulette.

// FATHER OF FIVE DEPORTED AFTER TRYING TO LEGALLY STAY: A Colorado man — with no criminal convictions in the state — who refused to seek sanctuary in a church and pursued legal means to stay in the country he’s called home since 1997 was deported after months of detention in the ICE center in Aurora. // The Denver Post 🔑

// GREELEY STORMCHASER GOES BIG: You might not need a 7-ton armored vehicle to pursue your passions, but then again you probably don’t have the adrenaline-wired brain of a storm chaser like Greeley’s Ryan Shepard, who just bought his own little Batmobile to chase tornadoes around the Great Plains. // Greeley Tribune

// LIFE AFTER BETH: Beth Chapman died as she wanted — in her boots. Now her devoted husband, Duane “Dog the Bounty Hunter” Chapman is trying to get his feet back under him. Fishing helps. // New York Times  🔑

// “MOUNTAIN LION BUFFET”: Seriously, people, we can’t stress this enough: Don’t feed wildlife, no matter how cute they are. Wildlife officials had to again remind Eagle County residents that feeding deer and elk is not only illegal, but is basically “setting up a buffet for mountain lions.” // Eagle Valley Enterprise

// RACISM “RAMPANT” IN DURANGO: The local Community Relations Commission convened a listening session on racism in the close-knit city and discovered “a room full of hurt.” // Durango Herald 🔑

// SNOWSHOE ART: Associated Press photographer Thomas Peipert followed British environmental artist Simon Beck as he created a work on a frozen reservoir near Silverthorne. His media? Snow and snowshoes. (Don’t miss the extremely soothing and beautiful photos with this piece.) // The Associated Press

Whew! We had a really busy week. (We told you the legislative session would make things pretty crazy.)

If you want to keep up with us on Facebook and Instagram, please give us a follow on our accounts over there. It’s a great way to stay on top of the news.

We have so much more planned for you on Monday. Have a restful weekend.

See you back here soon.