Good morning on this sunny Monday (depending on where you are in the state). It’s the first full week of 2020, and the world at large is not wasting any time (Ex. 1 and 2). Here in the Centennial state, the 2020 legislative session — that 120-day lawmaking sprint — kicks off Wednesday and we’ll be there to cover it from tip to tail. And all of this as the 2020 election begins to heat up in earnest.

Your support as a member of The Sun helps us stay focused on the important stuff during these busy sessions — analysis over clickbait, explainers over amplifying press releases. Your support has allowed us to add another full-time reporter to help cover the twists and turns of politics (her name will be familiar if you’ve been reading The Sunriser regularly). So keep on sharing our stories and persuading everyone you know to sign up for our newsletters, because the bigger the audience, the bigger impact our work can have.

The Sun is supported by readers like you and local businesses, not creepy tracking ads or big-profit-driven funds, and that helps us stay focused stuff that matters during these busy sessions — analysis over clickbait, explainers over amplifying press releases. We’ve added another full-time reporter to help cover the twists and turns of politics (her name will be familiar if you’ve been reading The Sunriser regularly) and we need your support more than ever to keep up and expand our coverage.

It takes just $5 per month and a few minutes to become a member. Just click or tap here (you can do it on your phone!) and in no time you can make an investment in your community. And if you want even more insight into lawmaking and Election 2020, become a Newsletters+ subscriber to get The Unaffiliated, the premiere Colorado politics newsletter.

But we’ve got a lot to get to, so let’s track this apex predator already, shall we? (more on that below)

WHAT: Discussing the big ideas that will define the 2020 session.

WHERE: The Cable Center @ The University of Denver

TICKETS: $20 for non-members of The Sun (get tickets here).
Members, check your email for your discounted/free ticket link + contact support if you have any issues.

Coyotes figured out how to survive in the city. Can urban Coloradans learn to coexist? 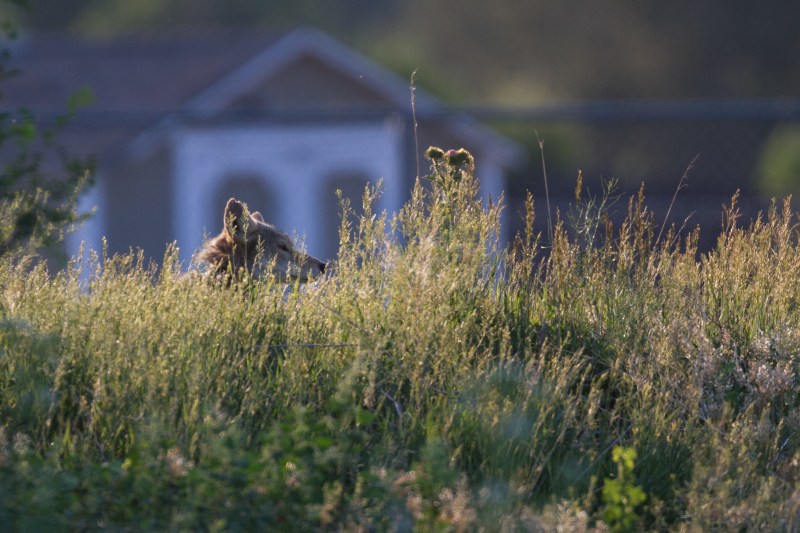 An alpha male coyote does sentry duty near his den at Bear Creek Greenbelt in Lakewood. (Rob Raker, Special to The Colorado Sun)

“It’s a Frankenstein story that’s of our own making.”

Trust me, you may think you know a lot about coyotes and the ways that they interact with humans as we spread out into once-wild lands. But I guarantee that you will learn something new reading Kevin Simpson’s comprehensive story. You need to make some time to read this one this week. Among the topics waiting for you:

“I had never even heard of felony murder until I got sentenced under that. It still took a while until I understood what it meant and what it really was.”

— Jeff Johnson, who was sentenced to life in prison when a young man he barely knew stabbed a man in a parking garage in 1994.

Colorado’s felony murder law allows for defendants to be charged and convicted of first-degree murder if someone dies during certain criminal acts — even if the defendants themselves didn’t actually kill anyone (or even intend to be participating in the crime). Now, a state senator from Colorado Springs wants to reclassify felony murder from a first-degree murder charge to a second-degree murder charge, removing the possibility of a life sentence — a change many prosecutors in the state disagree with. Jesse Paul talked to criminal justice experts and lawyers to break down how the law works and what would change.  >> READ THE EXPLAINER HERE. 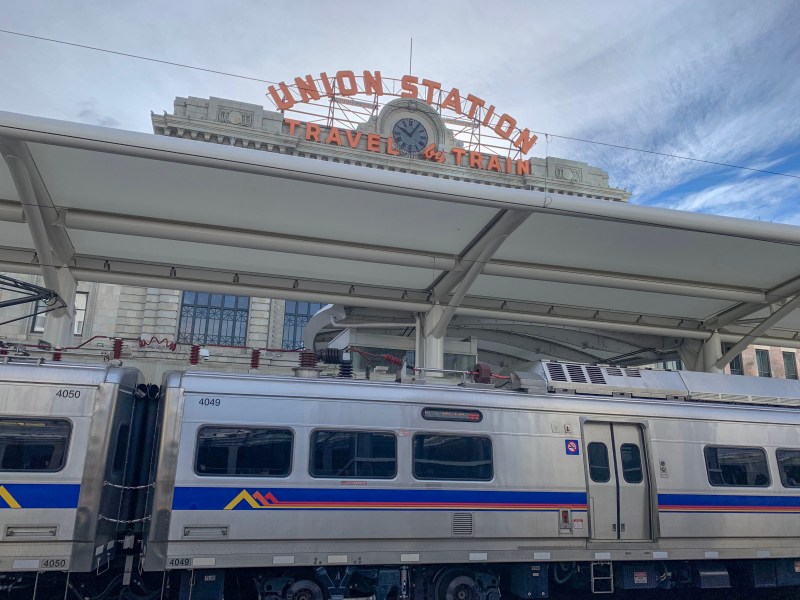 Hopes were high in some circles that lawmakers would actually tackle the creation of a special taxation district to fund and build a passenger train running from Trinidad to the Wyoming border through the Front Range. But House Speaker KC Becker is here to toss some cold water on that burning desire. Jesse Paul explains why the bill is unlikely to progress — and why some in Becker’s party are pushing back. >> READ MORE HERE.

// ON THE BRINK OF WAR WITH IRAN, A LOOK BACK AT AFGHANISTAN: After President Trump gave the order to assassinate Iran’s highest-ranking military official — uniting the Iranian people against the U.S. right as they were pushing back against their regime, pushing the Iraqi parliament to order U.S. troops to leave the country and potentially starting the largest war in decades — many of the same arguments for war used in the lead up to Afghanistan and Iraq have been pushed by politicians and pundits. So it’s worth looking back at how those wars have been fought, including The Washington Post’s massive Afghanistan Papers project, which showed a lack of progress and oversight in the armed forces’ strategy and billions of dollars of waste. Colorado veterans agreed with the report’s conclusions, with one saying “Nobody should be shocked by this revelation.” // The New York Times, Vox, Reuters, The Washington Post, CPR News

// DRONE-HUNTING ON THE EASTERN PLAINS + A POSSIBLE EXPLANATION: The Denver Post sent a photographer and reporter out to Lincoln County for a ridealong with a drone-hunting sheriff, even as one potential explanation is emerging. The latest theory is that the large drone formations are, themselves, secretive anti-drone exercises by the Air Force Global Strike Command in Wyoming — which, even though it hasn’t been verified, is a reminder that eastern Colorado and western Nebraska are dotted with nuclear missile silos. // The Denver Post , OutThere Colorado

// CONVERTING VEHICLES TO ELECTRIC IN LOVELAND: Lightning Systems — which just raised $41 million in funding — is focused on delivery trucks and buses, but I’ve always wondered if the key to getting more electric vehicles on the road isn’t to sell everyone in the U.S. a new car, but to figure out how to modify the millions of cars on the road to use an electric motor (even though there are a bunch of dubious-sounding startups promising to do just that). // BusinessDen, Business Insider

// HOME OF THE DENVER BOOT COULD CHANGE BOOTING LAWS: I love reading industry magazines when they get caught up in my dragnet for Colorado news. How else would I learn that Colorado could soon stop booting vehicles — including tractor-trailers — that are occupied? Or that booting of trucks with drivers sleeping in them is such a prevalent problem in the world of trucking? // OverDrive Online

// RED FLAG LAW INVOKED FOR THE FIRST TIME: It wasn’t exactly the scenario expected — the guns in question were already in custody of the Denver Police Department — but a Denver judge approved what is believed to be the first hearing to invoke Colorado’s new Red Flag temporary gun seizure law. RELATED: There’s still a big gap in the law when it comes to the actual guidance for what departments should do if a subject won’t give up their weapons. // 9News, The Colorado Sun

// INVASIVE MOUNTAIN GOATS IN JACKSON HOLE: It’s not quite Colorado-related, but the news that a large swath of the Grand Tetons near Jackson Hole in Wyoming will be off-limits so that aerial gunners can target mountain goats caught our attention — in part because the mountain goats are considered an invasive species that threatens the area’s native bighorn sheep population. // Jackson Hole News & Guide

Whew, for a Monday that was a pretty packed newsletter, and I want to thank you for spending some of your morning with us. 2020 is promising to be chaotic, noisy and full of distractions, so we’re doing everything we can to make sure The Sunriser will be a place where you can slow down and focus on what’s important here in Colorado.

So we hope that you (and anyone you know that you can share coloradosun.com/newsletters with!) will make us a regular part of your morning routine.

Grab another cup of coffee, get steeled for the week, month and year to come and we’ll see you back here Wednesday!