Good morning! On Wednesday, I had a brief thought that maybe 2020 was going to be slightly more chill and give us a little time to breathe, but now we’re knocking on the door of a legislative session and international news is already threatening to monopolize your bandwidth.

But we’re geared up and ready to tackle this year of Colorado news, starting with a big event where readers like you can hear what’s going to happen under the dome, straight from the newsmakers themselves.

The Sun — with the University of Denver and CBS 4 — is hosting a Big Ideas talk on Jan. 14, featuring Gov. Jared Polis and a slate of leaders that will be setting the tone for the coming legislative session. Trust me, you’re going to want to see this.

Tickets are $20, but because you’re a Colorado Sun member, your ticket will be just $10 (and if you’re a premium Newsletters+, Booster or Champion member of The Sun, you get in free). Check the email associated with your membership later today for your exclusive discount link!

Tickets are $20 for the Jan. 14 event at the Cable Center on DU’s campus. Get all the details and buy your tickets here. Want a discount, or even a free ticket? Become a member of The Sun!

Basic members — starting at just $5/month — get into the event for $10 and premium members get in free (and get access to The Unaffiliated, the premiere politics newsletter in the state). Head over to http://coloradosun.com/join to get your membership and discount!

Let’s pull this Colorado wine cork, shall we?

2020 forecast: Colorado is getting older and narrowing the housing gap, but really needs middle-wage jobs 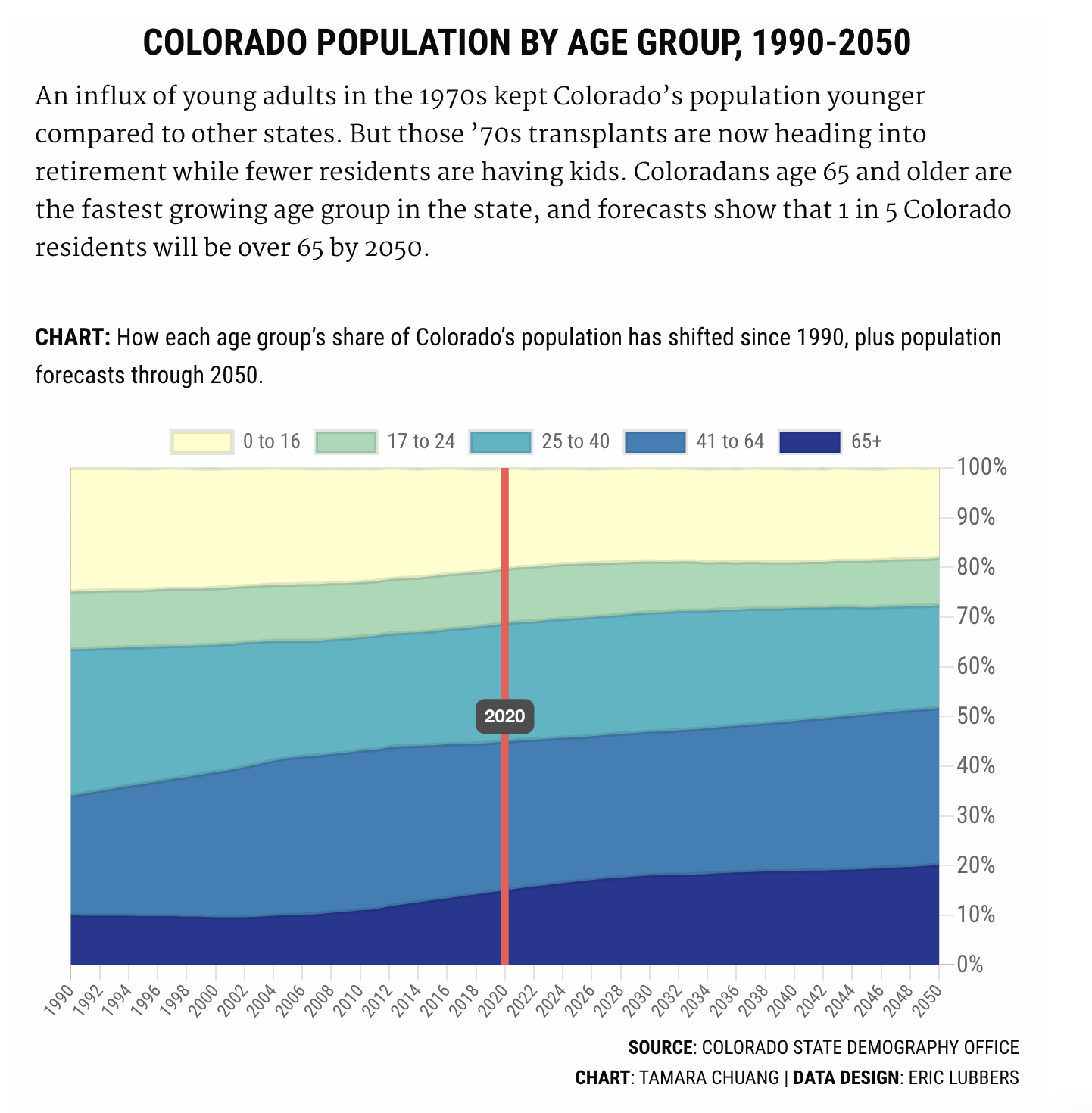 In the year 2050, there will be three counties — none of them Denver — that will have added more than 500,000 residents since 2000. Three! That’s just one of the fascinating tidbits from Tamara Chuang’s conversation with the Colorado Demography Office about Colorado’s changing population — more retirees, fewer kids, for starters — and which parts of the state are already under strain. I can’t begin to summarize how much you’ll learn by reading this story, so just trust me and click through. >>  STORY + CHARTS

+ MAPPING COLORADO’S POPULATION: If you want to really see how the state’s population has changed (and will continue to change) I built a map based on Census data and the state’s predictions that will show you the past, present and (possible) future of every Colorado county. It’s in the story above but there’s a full-screen version available if you want to dig in.

The ski industry used to only be about operations. Women leaders are helping refocus it on experience.

“The U.S. ski resort industry started with a bunch of mustachioed dudes focused on uphill transportation.

The evolution of skiing can be attributed to a more diverse array of captains steering the industry, including a growing number of women.”

>> READ MORE ABOUT THE WOMEN POWERING THE RESORT REVOLUTION.

+ SO WHAT IS THE SNOWSTANG REALLY LIKE? One of the biggest pain points for all that growing population we talked about earlier is something we all deal with every day: traffic. But what is the experience of riding CDOT’s new Snowstang — an effort to get more people out of cars on I-70 — actually like? >> STORY + PHOTOS 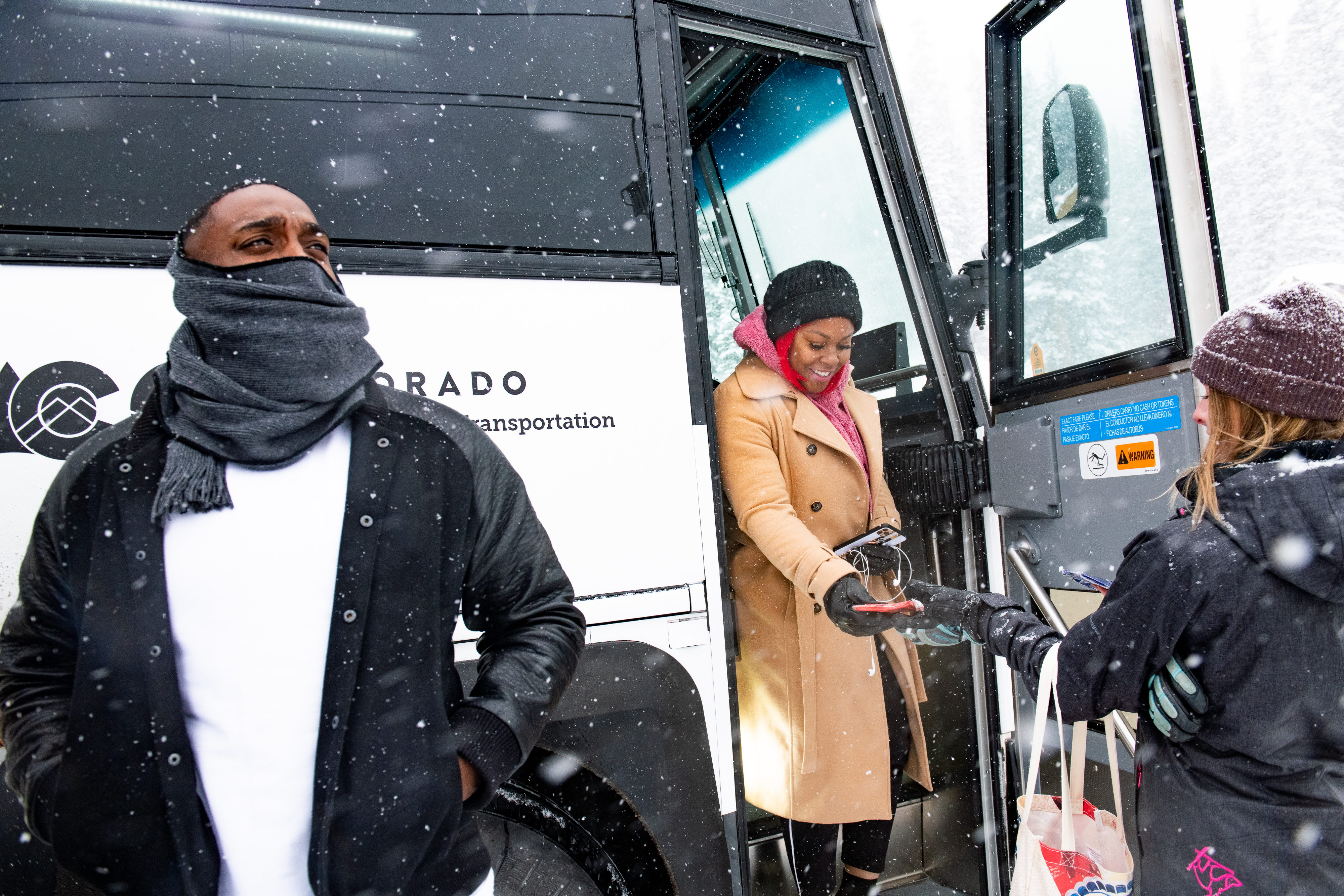 Snow falls around Kris Van Buren, left, and his wife, Cher Van Buren, center, and Loveland Ski Area marketing assistant Sage McCririck, right, as they step out of CDOT’s Snowstang bus after riding aboard the line’s inaugural trip to the Clear Creek County ski area on Saturday, Dec. 14, 2019. The Van Burens said they had never skied before and chose to ride the bus rather than drive. (Andy Colwell, Special to The Colorado Sun)

Next Napa Valley? Cañon City hoping wineries can lead to an agricultural renaissance 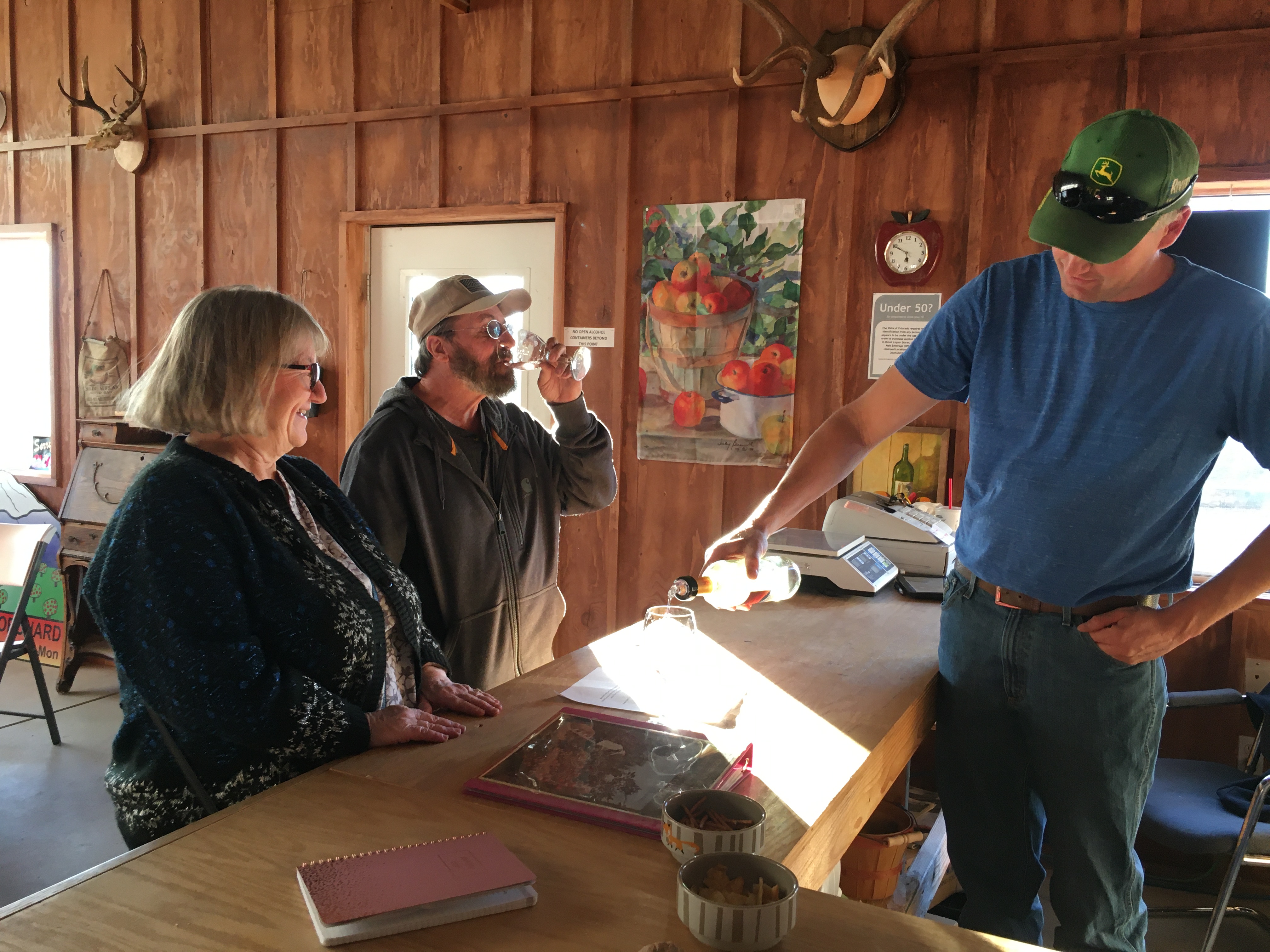 Justin Jenkins pours a sample for Pam Caprio of Penrose while her husband, Joe, takes a taste at the Western Skies Winery tasting room. Jenkins urged Fremont County to make a zoning change to help encourage small wineries and cideries, like his, to locate in Penrose. (Sue McMillin, Special to The Colorado Sun)

It started with a small zoning change in Fremont County, but residents of the Cañon City area are hoping that the region’s history of fruit-growing (and cheaper rent) will turn into a lasting wine-and-cider boom. Sue McMillin reports from Penrose. >> STORY + PHOTOS

“This is kind of the Super Bowl of Colorado health policy right now.”

One of Colorado’s most unique beer festivals takes place next week in Breckenridge. The Big Beers festival starts Thursday and features educational seminars and special beer dinners before finishing Saturday with a tasting featuring 500 specialty beers that are either big, Belgian or experimental from across the nation. It’s not to be missed. More details and ticket information here.

Sarah Byrn Rickman had spent years chronicling the lives of the women pilots who ferried warplanes across the U.S. in one of the unsung achievements of World War II. And then someone suggested that young girls also should be able to learn about these contributions to the war effort. So Rickman wrote “BJ Erickson: WASP Pilot” as a young adult biography. In her SunLit interview, she explains how she earned the trust of Erickson — a no-nonsense flier who made the writer earn her wings.

PROGRAMMING NOTE: The Colorado Sun Book Club will be taking January off. The next meeting is scheduled for Feb. 24 at BookBar, with a guest author to be announced soon.

// As 2020 dawns, Drew Litton looks at the economic factors facing families these days and finds his optimism…chilled, to say the least.

// Meanwhile, in “What’d I Miss?”, Myra views 2020 through her expectations as a girl and frankly, she expected more flying cars.

// PROTESTERS GREET BLM ON FIRST DAY IN GJ: Two dozen protestors stood in the cold outside the Bureau of Land Management office on its first official day on the Western Slope, calling the move “fishy.” // CPR News

// ERIE WIRES $1 MILLION TO FRAUDULENT ACCOUNT: In a devastating (but also shockingly simple) scheme, the town of Erie sent more than $1 million to an account they thought was a local construction company — and the funds were immediately transferred into an overseas account. // Daily Camera ?

// LIST OF CU PRESIDENT FINALISTS LEAKED: The Colorado Independent obtained the secret list of applicants who interviewed to run the University of Colorado system before the regents’ board announced now-president Mark Kennedy as the sole finalist — triggering a backlash that continues into 2020. Elizabeth Hernandez talked to one of the applicants, who said that during his interview, some regents seemed uncomfortable when he mentioned diversity, and the list is even making news in places like Texas. // The Colorado Independent, The Denver Post ?, The Texas Tribune

// WHOLE FOODS + BEER? The dearly missed Whole Foods (formerly Alfalfa’s for real Cap Hill oldsters) could be coming back as one of the Amazon-owned company’s “bar and grocery” concepts (though you’d only be able to get beer, not liquor, in case you were hankerin’ for an old fashioned to go with your salad bar). // Denverite

// CBD CLASS-ACTION SUITS: The FDA can’t decide if CBD products are legal. But a group of CBD users who thought they were buying a legal product is filing a class-action lawsuit against — among others — Colorado’s Charlotte’s Web, one of the pioneers in CBD. This (and other similar suits) could quickly upend the entire CBD industry — which is powering the “green rush” all over Colorado. // Stat News, The Colorado Sun

Why You Might Like It: If you’re in the mood for meteors — and have a very warm coat — the Quantrantid meteor shower will be hitting a spectacular peak at about 2 a.m. Mountain time Saturday morning. And Jackson Lake State Park near Fort Morgan is touting itself as one of the darkest places in the country — not just Colorado — where you can see it. I know not everyone is in the mood for an impromptu Friday night trip to a rural state park, but it’s a reminder to keep Colorado’s Eastern Plains in mind if you’re sick of the city lights and want to literally see the Milky Way with your naked eyes some time.

That’s it for the first few days of 2020! Next week the real craziness begins with the legislative session getting going, which kicks off what will be a year-long sprint heading into the 2020 election.

The Sun will be there, covering all of it, so if you have friends or family who are politics junkies or just care about their state, now’s a great time to get them signed up for The Sunriser. It’s going to be a big year.

Get some rest, recharge and we’ll see you back here on Monday!