Good morning, dear readers! I know you’re in the pre-holiday home stretch, but we have a whole bunch of interesting stuff we want to show you before you get too busy.

We’ve got an apocalyptic political ad, the future of school funding and — finally — the long-awaited Sunriser Reader Last-Minute Holiday Gift Guide and so much more.

Let’s slice this gjetost cheese already, shall we? (see the gift guide for an explanation)

Tonight! 7 p.m.! BookBar! It’s the December edition of The Colorado Sun’s book club, featuring author Nick Arvin in person, talking about his 2019 Colorado Book Awards winner for Literary Fiction “Mad Boy.” Even if you haven’t read the book, come over for the free event tonight. All the details are here.

“People are scared enough as it is. We don’t have to go out there and drive a narrative that’s going to result in fear for people to be fearful at a certain level.”

“If the effect of the video were simply to deepen fears and produce paralysis, that would be unfortunate. Our goal is to stir action.”

This morning, Andrew Romanoff released what is one of the most intense campaign ads in Colorado politics history, an apocalyptic four-minute film that is a direct shot at his well-funded rival in the Senate race, John Hickenlooper, and Cory Gardner, the senator they both hope to replace in November. But, as John Frank writes, even when climate change is an existential threat and a top priority for voters, is a fear-based campaign a good tactic to make a dent in a contentious primary race?

STORY + VIDEO: John Frank analyzes why some candidates chase virality and talks to TV critics and environmentalists about the evolving messaging around climate change.

It’s been 25 years since Colorado’s school funding formula has been tweaked, and as lawmakers meet to nail down the first draft of a major bipartisan makeover, we looked at four of the biggest ways that tweaks could immediately change the way school districts will get state money.

EXPLAINER: Education reporter Erica Breunlin walks through some of the proposals, from making sure no district ends up with less money than before to redefining “cost-of-living.” 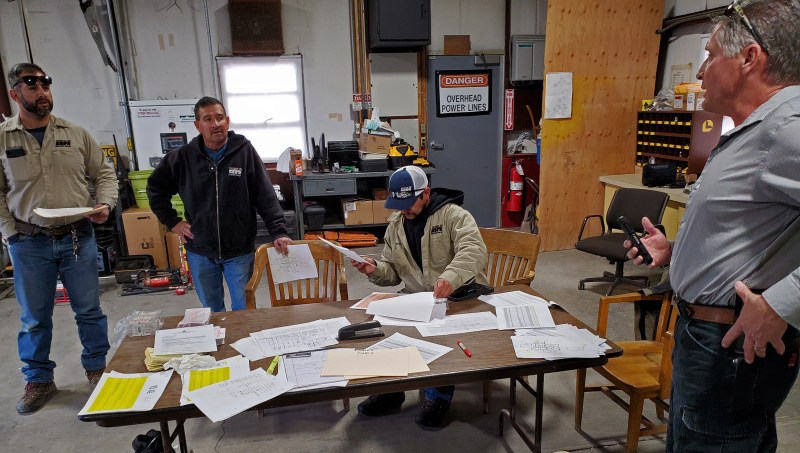 Kevin Johnson, right, speaks with the few members of his team that were not already out shutting off gas meters after equipment failed on a high pressure natural gas line disrupting service to about half the residents of Del Norte, Colorado, on Dec. 14, 2019. (John McEvoy, Special to The Colorado Sun)

Over in Del Norte this weekend, a major equipment failure along a natural gas line left nearly 800 households without heat — right in the middle of a storm that dumped more than 10 inches of snow on the town.

STORY + PHOTOS: John McEvoy brings us this dispatch from the San Luis Valley, detailing the response that brought 170 emergency workers to comb the town house-by-house (and why the wood-fired pizza place was the most popular eatery in town).

Need a last-minute gift? Dive into a Colorado gift guide by your fellow Sunriser readers 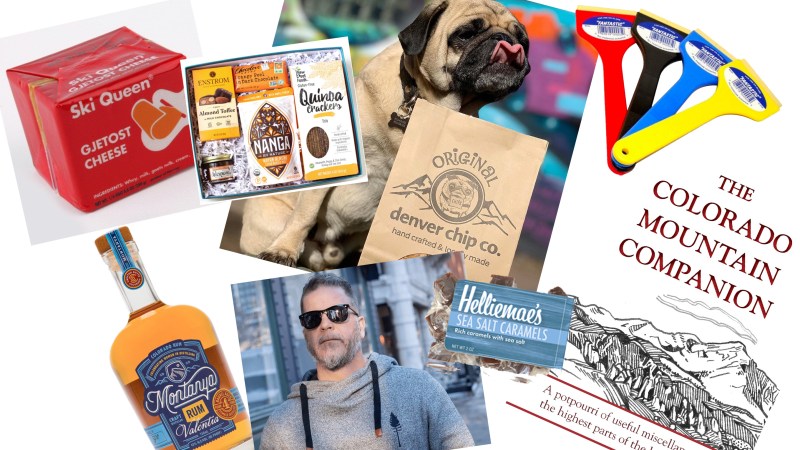 A sampling of the gifts recommended by our readers.

The clock is ticking, your bank account is starting to dip (or your credit card balance is rising) and your list of gifts to buy seems to be getting longer. So we asked the smartest, best-looking people we know (readers of the Sunriser) to share their go-to local, affordable and useful gifts.

YOUR SUGGESTIONS: From brass ice scrapers to blue corn bourbon to lotions (for a cause), check out what your fellow Sunriser readers are stuffing in stockings this year. 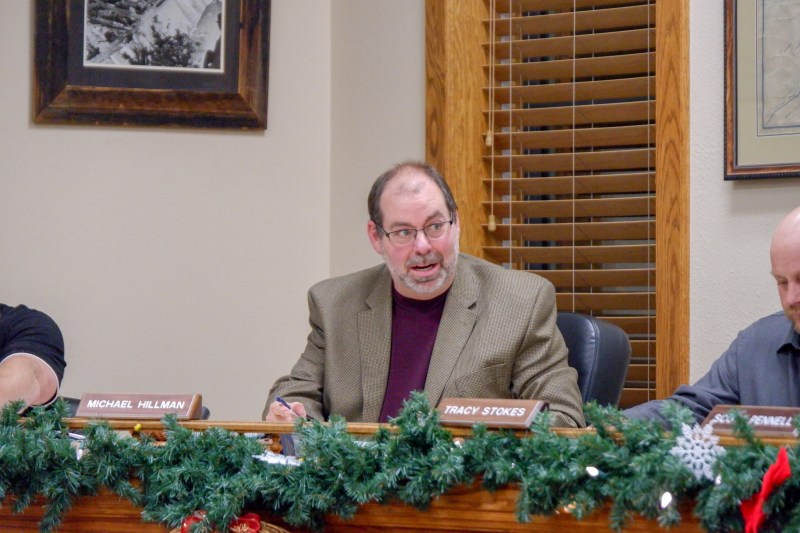 // WHAT CAN ACTUALLY BE DONE TO FIX SNOW REMOVAL? Shay Castle with The Boulder Beat did a deep dive into how the city of Boulder handles snow removal, via policy and practice, and explores what can (and can’t) be done to make snow removal more equitable. Even if you don’t live in Boulder, this is a good read for anyone who has battled through a badly plowed street. // The Boulder Beat

// STATE COLLEGE TOO EXPENSIVE FOR RURAL STUDENTS: On a listening tour through northeast Colorado, new CSU president Dr. Joyce McConnell heard a repeated refrain that rural students are heading to schools in other states because Colorado’s premiere agricultural school is too expensive. // Sterling Journal-Advocate

// DENVER’S TOP SCOOTER RIDER: Fox31 tracked down Sammy Sweet, the top Lime scooter rider in the city, who took more than 450 rides in less than a year. // FOX31

// BLAST FROM THE PAST: It was 100 years ago this week that the state celebrated its first population count over 1,000,000 residents (for context, the latest Census estimates put the state at 5.7 million in 2018 with a projection that we’ll cross over 6 million in the 2020 Census). // Summit Daily, Census.gov

// LIFE AFTER SUPERMAX: The supermax ADX Florence prison was mentioned earlier in this newsletter and it reminded me to share this piece from August about what happens when prisoners are released from the prison, where some inmates are kept in solitary confinement for 22 or 23 hours a day. // VICE

// GOING FULL GRINCH TO FIGHT PAIN: A Grand Junction chiropractor is one of the people seeing positive results from a green light therapy as a drug-free way to fight chronic pain (but the actual scientific studies are far from over). // NPR

// HOUSING SUCCESS STORIES? In Durango, a tiny home village is attracting residents of all ages and backgrounds. Meanwhile, in southern Mexico, a nonprofit is literally printing 500-square-foot two-bedroom homes in 24 hours as part of one of the first 3D-printed neighborhoods (which, in theory, could be a cheaper way to solve the cost, materials and labor problems facing the construction of new housing in rural Colorado). // Durango Herald, Fast Company, The Colorado Sun

Whew! You made it through this Sunriser. Hopefully you learned something you didn’t know before (or at least got a good idea for a gift). Feel free to send me your own gift ideas so we can keep the list growing through the holiday season.

And as always, sharing anything you found useful in today’s Sunriser is one of the best ways for our work to have a bigger impact in Colorado, so don’t be shy. We really do appreciate every tweet, post and email we see.

Have a great Monday, and I’ll see you back here for a midweek update.