Hello and good Wednesday, folks. Here in Denver, we are still dealing with the pre-Thanksgiving snow, which has since turned to slush, then ice, then oily slush — mostly on sidewalks, like this one near my apartment. Lake 14th Avenue is a regular occurrence after a big storm like this, and if it’s anything like years past, it’s going to stay like that until spring. (If you live outside of Denver, I’m curious about how your side streets and sidewalks fared after the storm. Let me know.)

But enough about the weather. We have so many great stories about non-snow topics in this Sunriser (plus a way that you can make a huge difference with a new or upgrading membership to The Colorado Sun).

So let’s jackhammer this ice sheet already, shall we?

“I would say it’s very complicated. It requires you to jump through a bunch of hoops.”

Seemingly every word of Colorado’s red flag law — which allows a  judge to order the temporary seizure of firearms of someone deemed a threat to themselves or others — was fought over during its contentious ride through the legislature this year. But recently issued state guidance to law enforcement on the law, set to go into effect Jan. 1, is missing a specific procedure on how to deal with people who refuse to hand over their guns.

>> STORY: Jesse Paul breaks down that crucial — and potentially deadly — question surrounding the tool and how sheriffs around the state are preparing. 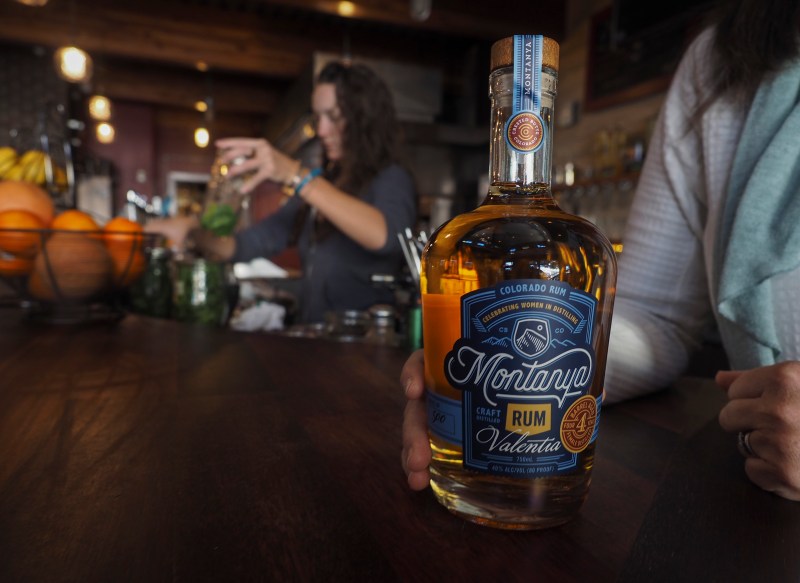 I’d bet most of the people reading this newsletter have lived during a time when the U.S. Supreme Court ruled that women couldn’t be bartenders in cities with more than 50,000 residents (that decision was technically in effect until 1976). Before that, women were the driving force behind Prohibition and kept away from distilleries. Which makes the top-shelf Valentia (“courage” en español) rum produced just outside of Crested Butte a true milestone.

>> STORY AND PHOTOS (NO TASTES OR SMELLS, SORRY): Nancy Lofholm has an illuminating and almost intoxicating story of why the top-to-bottom, all-women production of this rum is so special.

Agriculture is part of the climate change problem. Colorado wants farmers’ soil to be part of the solution.

“We rely on a tremendous amount of fertilizers and pesticides, we use the soil as a medium to grow crops on, rather than the digestive system to provide nutrients for the plant.”

You can’t get around it: Modern agriculture, focused exclusively on higher and higher yields, is a major greenhouse gas contributor and threatens the long-term health of arable soil. A new statewide program is hoping to get farmers — hesitant to change because of the expensive, narrow-margin nature of their businesses — to rethink their entire systems to not just stop emissions, but actually capture carbon from the atmosphere.

>>ANALYSIS: Moe Clark looks at how Colorado’s new funding hopes to ease the transition for small farmers — while helping them stay in the black.

First, if the word “reinsurance” causes you to make this face (🤔), go read this story, where John Ingold explains how the financial program is set to make health insurance rates in Colorado drop dramatically (but only for a specific type of health insurance customer). Now that you’re caught up, let John explain exactly how the other shoe (called “TABOR”) could drop with the program and leave lawmakers scrambling with the ripple effects.

>> EXPLAINER: Get to know the two ways this program could hit the budget and why even the program’s supporters are watching things closely.

“It’s just devastating. We absolutely love the cafe. It’s been a passion project. Not only the people who have come to work there, but the broader community of legislators and their staff — it’s brought such vibrancy into this space.”

For four years, a little coffee shop has helped refugees from 22 countries (including Iraq, Iran, Belarus and Cuba) learn English and gain service-industry skills from a spare wing of Denver’s First Baptist Church just across the street from the Colorado Capitol. But as Trump administration policies have led to a steep drop in the number of refugees being resettled in the state, the nonprofit running the cafe  it says it can’t find enough new employees to fulfill its mission going.

>> STORY: Jesse Paul looks at how the loss of what one former employee calls a “magical place” fits into the state of asylum policies in the U.S.

Klaus Obermeyer takes to the pool every morning to swim nearly a half-mile before going to the gym. He turned 100 on Monday, Dec. 2, 2019. (Kesley Brunner, The Aspen Times)

// The snow left on the streets and sidewalks in Denver has an injury toll. Denver City Councilman Chris Hinds, who uses a wheelchair, went to the hospital with a fever after being trapped on a sidewalk, and Westword reports that a local ER was full of people with snow-related injuries days after the snow. // FOX 31, Westword

// While residents are asking if Denver is just really bad at snow plowing (it has the same number of plows as other similar cities, per Denverite), unclear rules over the clearing of alleyways, bus stops, accessible sidewalk ramps — not to mention dramatic engineering and drainage issues like the icy lake behind my apartment or this one from Denver7 digital executive producer (and fellow Cap Hill resident) Blair Miller — mean the situation is much more complicated than just demanding that people shovel their walks. // Denverite, @brofax, @blairmiller,  9News

// The first head shop in Colorado is closing after 50 years. // Coloradoan 🔑

// Denver gets a lot of guff for its brown cloud (as it should; it’s still terrible), but a visualization by The New York Times pretty elegantly illustrates how we compare to some of the most polluted air in the world (like the Bay Area or New Delhi). // The Colorado Sun, The New York Times 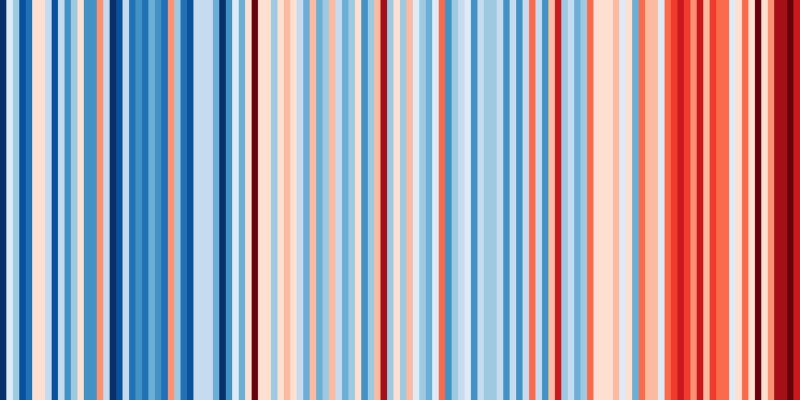 // While we’re talking interesting climate visualizations, those stripes above are an illustration of Colorado’s yearly average temperature since the turn of the last century. (Per the “Show your Stripes” tool FAQ, the border between blue and red is the average temperature from 1971-2000 and the darker the color, the further from that baseline temperature). // Show Your Stripes

// I know this doesn’t count as a legal will, but when I die, I would very much like to be dissolved vs. buried or cremated. John Aguilar profiled an Arvada entrepreneur who is working on the eco-friendly body disposal process (and RJ Sangosti has some very, very good photos). // The Denver Post 🔑

// In May, we shared the story of a Colorado climber who summited Mount Everest one day after the now-legendary photo of the crowded line to the top of the world. GQ just published some more accounts of the climbers caught in the traffic jam. // The Colorado Sun, GQ

// The owners of Marco’s Coal Fired Pizza bought an old dry cleaners to open a new location on East Colfax. Instead, they sold the lot for double what they paid for it just 18 months later. That’s one way to make dough (I’ll show myself out). // Business Den

The Thing: “Keeping The Wolves From The Door” by White Magic (Spotify, YouTube, Apple Music)

Why You Might Like It: I can’t put my finger on why, but this slightly psychedelic folk tune from 2004 I heard in passing has been running through my head for the past few weeks. It’s a little Joni Mitchell, a little Pavement and a lot catchy, with an enchanting vocal performance from singer Mira Billote.

What’s your go-to gift? Send us an email at things@coloradosun.com with the thing you reach for when you need a killer gift and you could be published in a future Sunriser!

That was a lot of news to get through, and I’m glad you stuck with me to the bottom.

Don’t forget about our #GivingNewsDay membership drive! Pick up that membership right now if you’ve been on the fence!

Even if you’re already supporting us with a membership, helping us spread the word is a crucial part of hitting our goal. Just point your friends, acquaintances, neighbors, co-workers and anyone else you think would care to invest in their communities to coloradosun.com/join.

OK, I’ll let you get back to your week and I’ll see you right here on Friday!