Criticism of priest-abuse investigation / Dark money vs. drilling report / What is Colorado’s water plan? / A 2020 political reality check / Much more

Good morning from the inside of a cheap snow globe, aka Denver. Depending on your commuting situation, the layer of snow that hit most of the state is either idyllic or terrifying. This newsletter will probably land a little bit after your commute, but considering we are in store for another round of snow tomorrow morning, it wouldn’t hurt to brush up on your winter driving tips, no matter how confident you are.

We’ve got some interesting news for you to digest this morning while you watch the flakes fall, so let’s salt this road already, shall we?

You don’t have to have read the book to join in — but I actually read the whole thing yesterday in a few sittings if you’re looking for a snow-day Kindle challenge.

Here’s the topper from Jennifer Brown and John Ingold’s story:

The long-awaited report on child sexual abuse by Colorado priests was a bombshell, exposing 40 priests by name — alive or dead — and details of their alleged misdeeds.

But to abuse survivors and legal experts, it also had glaring holes and head-scratching limitations that gave the Catholic church unusual say over what had been billed as an independent investigation. 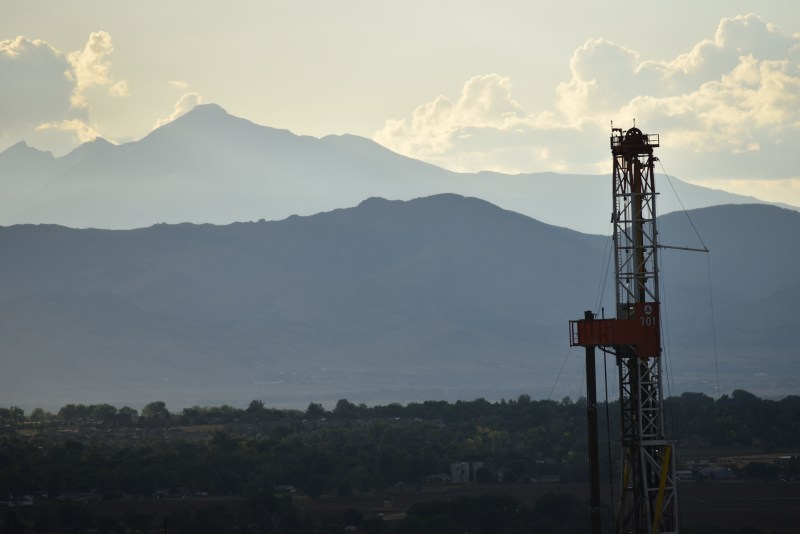 An Extraction Oil & Gas oil drilling rig in operation on the Livingston pad on the west side of the Anthem neighborhood in Broomfield on Aug. 2, 2019. (Doug Conarroe, The Colorado Sun)

A dark-money conservative political organization allied with the oil and gas industry is responding to the major report on the health impacts from drilling operations with an online and radio ad campaign that mischaracterizes the findings of the report.

>> Read more on who is behind the campaign and how it marks a new level of contention between Gov. Polis and the energy industry.

“Transportation and education are top of mind for everybody. Water has been left to the experts for far too long.”

Prop DD — which is on the ballot you should have received in the mail earlier this month — would legalize sports betting and use tax revenue to fund Colorado’s water plan. But the details of what goes into the state’s comprehensive plan to keep its growing population hydrated aren’t widely known.

>> Brian Eason has the definitive explainer: What’s in the plan, what it’s going to cost, why you should care, and how Prop DD’s funding fits in.

REMINDER: If you still need to fill out your ballot, keep our 2019 Colorado Voter Guide handy. There are a pair of very complicated questions to consider this year, and we’ve worked hard to make them easy to understand.

“Everything has to come together exactly right to really win the seat. And that rarely happens in politics.” 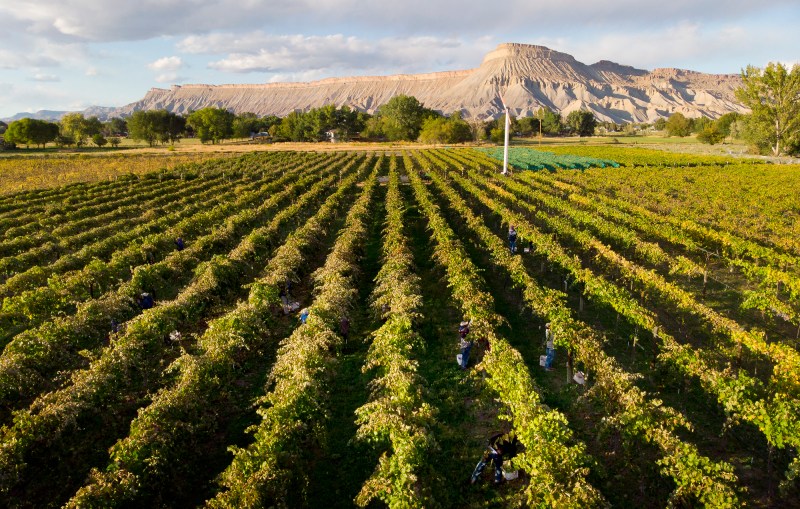 Migrant workers harvest grapes before a hard freeze near Palisade on Oct. 10, 2019. (Barton Glasser, Special to The Colorado Sun)

// We’ve been covering the impact of opportunity zones in Colorado for a while (from the Western Slope to Aurora to Powderhorn to Boulder). But a major new story focused on Michael Milken — who was literally an inspiration for the “Wall Street” character who coined “greed is good” and was banned from the securities industry after being convicted of felony fraud in 1990 — highlights what opportunity zone critics call a “gift” to the ultra-wealthy and real estate developers.

The story focuses on the ways that Milken, Treasury secretary Steven Mnuchin and others have been influencing the opportunity zone project by writing rules to favor themselves, their friends and other rich investors while minimizing how much those investors will actually have to do to the properties they invest in. This is a chewy one, so grab a fresh cup of coffee and settle in. // The Colorado Sun, New York Times 🔑

// A pool in Lafayette could be renamed soon, in an act the city hopes can be an apology for an incident of systemic racism against a resident who was instrumental in getting the city’s first pool built — but wasn’t allowed to swim in it. // Boulder Daily Camera 🔑

// A change to food-assistance programs proposed by the Trump administration would strip benefits from 33,000 people (including 11,000 children) and also stop thousands of kids from automatically receiving free lunches. // Colorado Independent

// Last year’s deadly, destructive avalanche season — which hit the backcountry particularly hard — made this headline raise my blood pressure a little: “I Took My Baby on a Backcountry Skiing Trip—and It Actually Went Really Well.” // The Colorado Sun, 5280

// Welcome to the future, where your neighborhood peeping Tom might just use a drone. // KDVR

// If you’ve seen the whimsical marble figures outside of the Ralph L. Carr Justice Center in downtown Denver, then you know the work of Colorado sculptor Madeline Wiener. Her newest work is a 10,000-pound ode to tubing in Glenwood Springs. // Post-Independent

// It’s cold outside, so it’s the perfect time to read a story about a sweaty handball court in Denver’s Whittier neighborhood, right? // CPR News

// The Denver Housing Authority received nearly $130 million in bonds — the largest single financing in the authority’s history — and it plans to build and preserve 2,500 units of affordable housing. // Denverite

// If you’re in the mood to read about affordable housing, let’s revisit some of The Sun’s work on the subject:

Why You Might Like It: Here’s a rare qualified recommendation from me: I haven’t actually listened to anything but the trailer for this podcast yet. But you couldn’t design a show that targets me more directly:

So if any of that sounds appealing to you, come join me and pop on the first episode as the snow continues to fall.

Stay warm and drive carefully out there. It sounds like most of the week will be chilly, so this snow (and the oily ice forming underneath it) isn’t going anywhere anytime soon.

And don’t forget about our Book Bar event tonight! Keep an eye on your email and @ColoroadoSun on Twitter for updates (just in case the snow gets the best of us and we have to reschedule).

We will see you back here on Wednesday with more in-depth journalism from across the state.