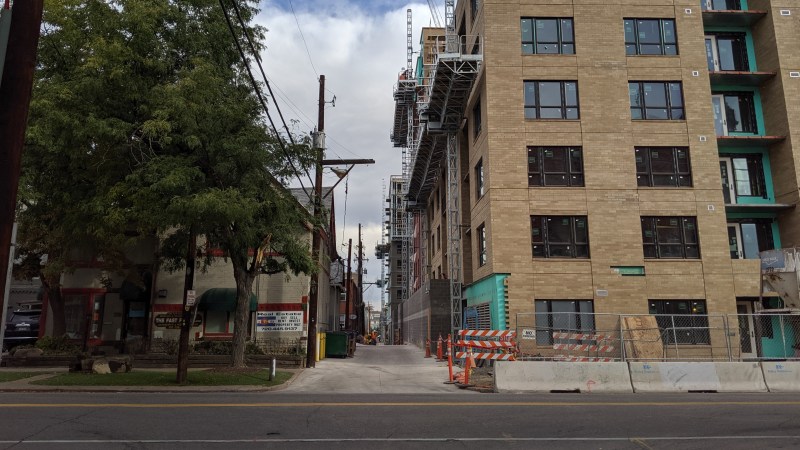 It’s the day before the first predicted snow storm of the season. How are your anticipation levels? I just bought my yearly pair of touchscreen gloves (because I lose/rip/burn/melt them at least once a season) and have spent the morning trying to explain to my dog that he needs to be enjoying these snow-free walks while he can. I don’t think he’s getting it.

We’ve got some important work in today’s Sunriser, from good news for LGBTQ youth to an explanation of Colorado’s potentially disruptive public option to a dispatch from the depths of the Eisenhower tunnel, so let’s just unzip this parka already, shall we?

And if you’re a book lover who hasn’t yet become a Sun member, head to coloradosun.com/join, use the code BOOKCLUB and we will buy your first book, up to a $25 value!

A text, chat line for LGBTQ youth contemplating suicide gets a boost in Colorado 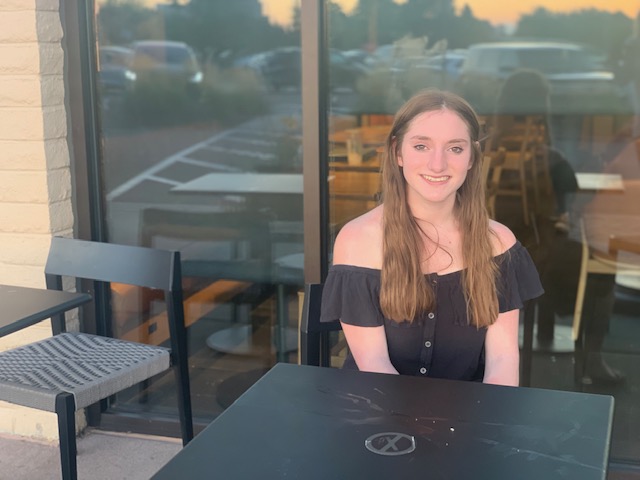 Aimee Resnick, a sophomore at Cherry Creek High School, credits the Trevor Project with saving her life. She chatted with a Trevor counselor just before she planned to kill herself. The counselor called police. (Jennifer Brown, The Colorado Sun)

Suicide is the leading cause of death for young people in Colorado, and teens that identify as gay or transgender are nearly three times as likely to have attempted suicide as Colorado teens in general. Enter the Trevor Project.

>> Jennifer Brown reports on the Colorado expansion of the national network of volunteers working to give LGBTQ teens the resources they need.

Colorado just released details for its public health insurance option. Here’s how it would work.

“I think folks will be pleasantly surprised at what we put together.”

— Kim Bimestefer, one of the architects of Colorado’s proposed state health insurance option.

If you’ve been paying attention to the Democratic presidential primary race — where health care has been Issue No. 1 — you’ve probably heard a dizzying number of ways candidates want to fix our system, from “Medicare for All” to Michael Bennet’s proposed “Medicare X” public option. But right here in Colorado, the state is embarking on its own “public option” that has the potential to upend the way health care works (and is paid for).

>> Stop what you’re doing and read John Ingold’s explanation of just how the “public option” would work and how it could affect you (even if you can’t buy in).

The fire-suppression system in the I-70 tunnels is a critical insurance policy. We toured it to find out why. 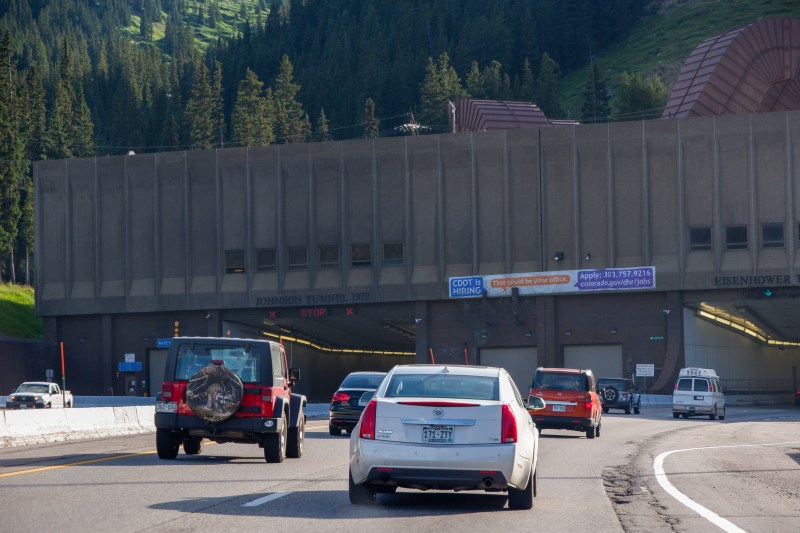 Well, this might be my favorite dateline we’ve ever published at The Sun: BENEATH THE CONTINENTAL DIVIDE. We sent Jesse Paul spelunking to witness just how the $20 million fire suppression system in the I-70 tunnels keeps traffic flowing.

>> Come on in and learn all about how the tunnel is protected. 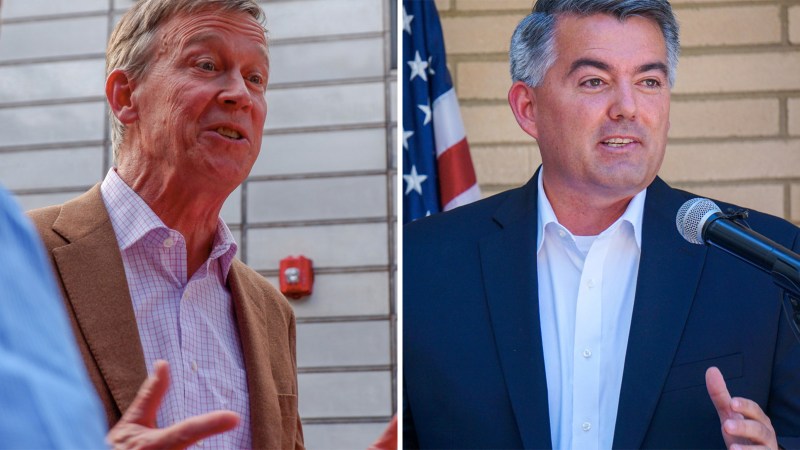 Both John Hickenlooper and Cory Gardner raked in more than $2 million in the three-month period that ended in June. While Hick’s fundraising haul affirms his place as the front-runner for the Democratic nomination in the U.S. Senate race, John Frank writes in his analysis of the numbers that all that money is an angle of attack for his primary foes.

>> Analyzing Hickenlooper’s money — and what it means for the primary.

>> Meanwhile, Cory Gardner has amassed nearly $7 million as he prepares to battle for his seat.

The Space To Create renovation in downtown Trinidad takes up one square block on the town’s Main Street. Part of a project estimated to cost $18 million, it’s also the pilot program for Colorado aimed at artists in rural areas of the state. (Mike Sweeney, Special to The Colorado Sun)

// This was a pretty ambitious project: Bringing 526 people — chosen to represent the actual split of American voters by race, political ideology, class and other factors — together to talk politics (including 14 people from here in Colorado). Read all about what happens when politics is discussed without tribal talking points here. // New York Times

// While Colorado battles its never-ending housing shortage, 130 single-family homes are being built in Denver, not to be sold, but exclusively to rent. // NPR

// Two big housing moves outside the metro area: Aspen bought a self-storage lot and an adjacent lot with plans to build affordable housing on the land, and a nonprofit was awarded a major grant to build 40 units of housing for disabled homeless people in Durango. // Aspen Times, Durango Herald 🔑

// After 9News ran a story on who was funding the “Doctor Patient Unity” ads you likely saw on TV, the group stopped buying ads from the station (Chris Vanderveen does a great job of explaining the firewall that exists between ads and news operations in that story). // 9News

// Speaking of funding journalism, are you a Colorado Sun member yet? Creating all the journalism we pack into this newsletter isn’t free, and for just $5/month you can be part of the community keeping independent news thriving. // Shameless Plug

// This is a powerful piece of journalism: “Of flowers and fentanyl: A Steamboat couple’s journey to find answers to their daughter’s death.” //  Steamboat Pilot & Today

// This is a pretty fascinating and enlightening piece on the dating scene in Greeley. // Greeley Tribune 🔑 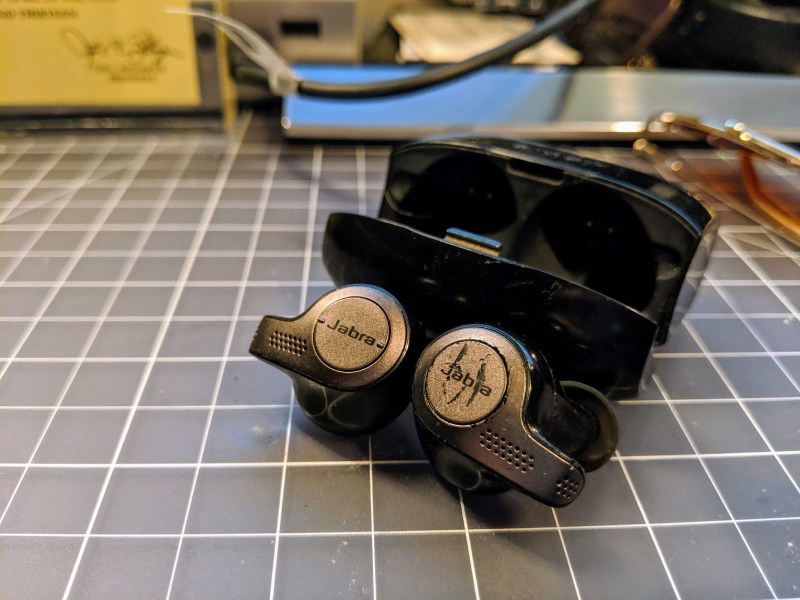 Why You Might Like It: I own way too many headphones. Wait, let me clarify: I own way too many cheap pairs of headphones. I’m a terrible combination of stingy, restless and picky, always assuming the perfect pair of headphones is the next $23 pair that arrives with some kind of gimmick. But last year that all changed. I bought a refurbished pair of these Jabra Elite 65t truly wireless earbuds (think AirPods, but less obvious) and … I just used them. Every day, sometimes for around eight hours a day, for more than a year. Here’s a short list of why they became my daily drivers:

They are worth their $140 retail price, but my $89 refurbished pair has lasted for 388 days and counting (even with the scratches you see above) so you may as well save 50 bucks if you’ve been wanting to try the next wave of headphone tech (also makes a great gift!).

And just like that you’ve finished your thrice-weekly serving of news and enlightenment here in The Sunriser, with plenty of time to go buy bread, eggs, milk and all the other things that people suddenly think they need to hoard before a storm (or you could follow my plan, which is to just make a big ol’ pot of this Rick Bayless soup).

Stay warm, think positively and we’ll see you on Friday, after the storm.