Good morning and happy Friday! I am writing from Colorado Migrahack 2019, where journalists, community members, data nerds and tech folks are getting together to examine data about immigration in Colorado.

We’ve got news to get to before I am dragged into a riptide of open-data sets, but first an announcement!

The Colorado Sun is welcoming our latest hire! Erica Breunlin will be heading west from the Knoxville News Sentinel to join us covering education in Colorado. She’s on Twitter (and Larry tweeted a mini-resume) if you’d like to say hi. We are thrilled to put her to work!

OK, let’s fold this greeting card already, shall we?

“There were a lot of bills passed last (session) that have continued spending … and some of those were very large. I don’t think we completely all truly understand what we have obligated ourselves to.”

Democrats in control of the state Capitol moved across a lot of political territory last legislative session that included oil and gas regulatory reform, a new red flag gun law and free full-day kindergarten statewide. Turns out leadership wasn’t 100% clear on the financial implications. And that has budget writers anxious about how to make ends meet.

>> John Frank explains how the spending OK’d last session plus expanding long-term obligations add up to a lot of pocketbook pain.

Speaking of political pain, public-land managers work for years — sometimes many years — to develop strategic management plans for vast swaths of BLM and Forest Service land in Colorado. It involves a lot of study, a lot of public engagement and a ton of money. Three of those plans were finalized this spring and — SURPRISE — they de-emphasize wildlife and habitat management and open more acres for oil and gas exploration. 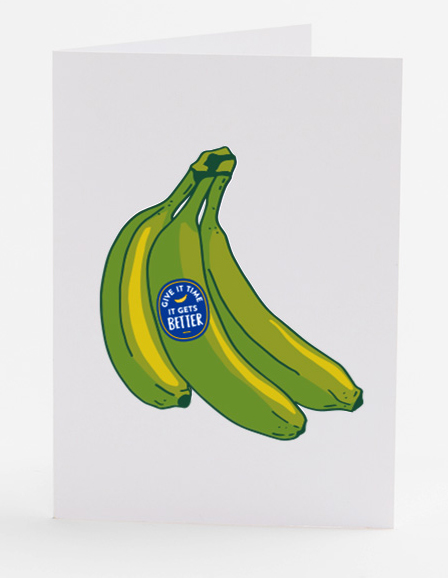 One of the cards from the Recovery Card Project.

Our coverage related to opioid addiction isn’t getting any more upbeat. But folks in the state Office of Behavioral Health are trying to help with a greeting card line intended to destigmatize recovery. And almost all of the 10,000 free cards were gone in less than a week.

>> Jennifer Brown explains how spending a sliver of money that typically pays for medically-assisted rehab goes a long way toward supporting people in recovery and their loved ones. 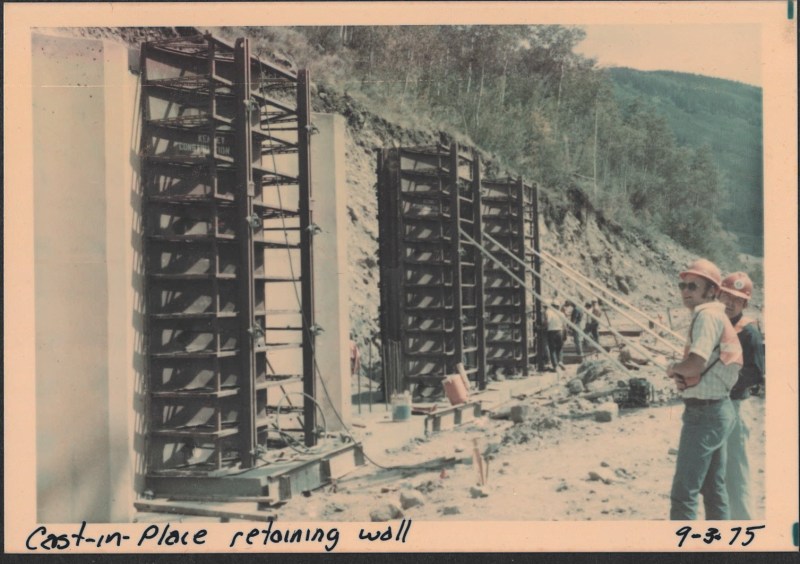 Curved and angled retaining walls built in the mid-1970s on Vail Pass were designed in part by architects from Frank Lloyd Wright’s Architectural School of Taliesin. (Photo provided by CDOT)

Who — really — pays attention to concrete retention walls as they’re speeding past on the interstate highway system? Turns out the Colorado Department of Transportation does — and has since it enlisted acolytes of Frank Lloyd Wright to help keep the wall holding back the mountain above Vail Pass harmonious with nature.

>> Jason Blevins got to flip through the CDOT scrapbook and learn what the thinking was when the new road over the pass was constructed 44 years ago. 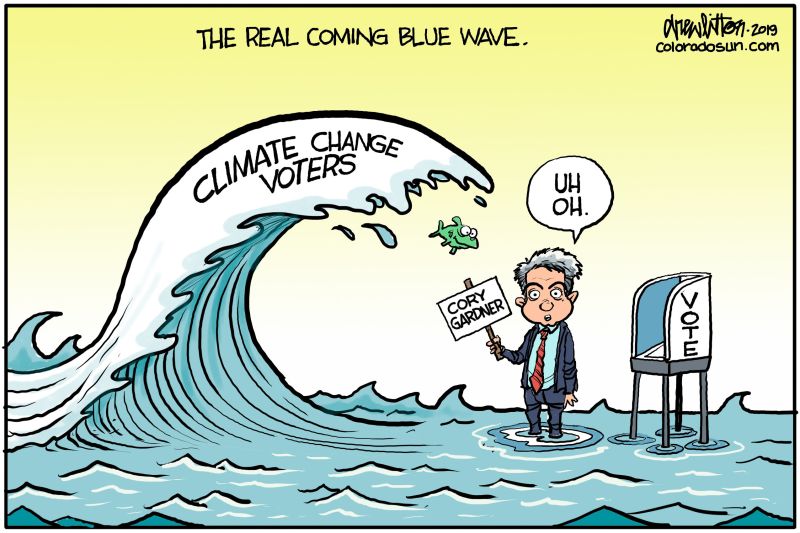 // Amid the heat of summer’s last gasp, Drew Litton conjures the beach and contemplates a rising wave in Colorado politics. It’s blue, but it may not be the one you’re thinking of unless you read Jesse Paul’s recent piece.

// In “What’d I Miss?” Ossie and his mom list some of the youthful world changers from history and answer the question: Why are we so reluctant to listen to them?

Imagine an image so intensely burned into your imagination that it inspires an entire novel. That’s how “Crow Flight,” Susan Cunningham’s young adult novel, sprang to life. And her excerpt recreates that image in vivid prose, treating the reader to the heart of her story about two students who share mystery and romance. In the SunLit interview, Cunningham reveals her love of science, and how computers and crow behavior figure into her narrative.

The weekend before the Great American Beer Festival, the beer calendar is full. Lone Tree Brewing is releasing its popular Hop Zombie at 11 a.m. Saturday. Zwanze Day takes place at the Crooked Stave taproom on Brighton Boulevard at the same time and offers pours of coveted Cantillon. And Our Mutual Friend Brewing in Denver hosts its Gratitude celebration with special bottle and can releases starting at 2 p.m. Saturday. So don’t miss out.

A guide to GABF 2019: What’s new, insider tips and the can’t-miss breweries and events

An enormous amount of beer will be poured at the Great American Beer Festival — more than 4,000 brews from 800 breweries — starting Thursday in Denver. Paddling through the sudsy sea of people and possibilities at the Colorado Convention Center can be, well, overwhelming. But you can do it with a little planning.

>> Our resident craft-beer expert John Frank has provided a solid basemap to the best beers, the underappreciated zones on the festival floor and the off-campus parties. And yes, you still can get tickets.

// The Century Aurora movie theater won’t be screening Todd Phillips’ “Joker.” While an understandable move, it shows the staying power of some of the myths developed in the immediate aftermath of the Aurora theater shooting (the shooter never actually mentioned the Joker before, during or after the shooting or in the evidence presented at trial, as explained by our own John Ingold in this piece on the role of media after a tragedy). // Denver7, The Colorado Sun

// Y’all ready to get nerdy about public transit? Nathaniel Minor went deep on how much RTD subsidizes each type of ride it offers, from trains to buses to Access-a-Ride to the Mall Ride (a subject you may remember from this 300 words segment in The Sunriser last month). // CPR News, The Sunriser

// The popular Durango & Silverton Narrow Gauge Railroad coal-powered train is being sued by the feds for starting the 416 Fire. In the recent court filings in the case, a judge wrote that the train ignited “some four dozen fires” along the track in the weeks before the destructive 2018 fire. // The Colorado Sun, The Durango Herald 🔑

// Tom Bruner, 68, is recovering from smoke inhalation after his 1986 Corvette exploded in his Greeley garage when he turned off the ignition. // Greeley Tribune

// One of the reasons that Colorado’s high country counties are ranked among the healthiest in the nation is that, unfortunately, many older, sicker residents have to leave to find care or escape altitude-related complications. But Summit County is about to become a living laboratory for high elevation medical research (Read more of The Summit Daily News’ Longevity project here). // Summit Daily News

// Colorado has its own (admittedly smaller-scale) whistleblower scandal: A volunteer firefighter was fired from the Strasburg Fire Protection District one day after a 9News report on maintenance issues with the department’s vehicles spurred by his tip. // 9News

// You may have seen the headlines about the original breeder of labradoodles saying he regrets creating a “Frankenstein monster” in the hybrid dog craze, but did you know the president of the Australian Labradoodle Club of America lives right here in Denver? // NYT 🔑

// Remember 10 weeks ago when Colorado was completely free of drought? It was fun while it lasted. // @ClimateBecky on Twitter

Today’s Thing comes from Sunriser reader Allison W. If you have a thing, send it to things@coloradosun.com and you could be published in The Sunriser! 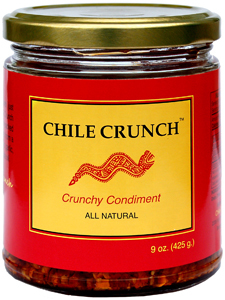 Why You Might Like It: Allison writes: “My friend introduced me to Chile Crunch and it is the most delicious condiment I’ve probably ever had. It is seriously addictive, just the right amount of heat, and you can put it on almost anything. They are a local Denver  business and you can buy it at various small stores around the state or on Amazon.”

Editor’s note: Finding (and consuming) a jar of this has become an important part of my weekend plans. — Eric

There we go, another Sunriser in the books and, in a few hours, another work week. Thanks for sticking with us and caring about local news, even as a tornado of national news dominates the country’s attention (I posted a little Twitter thread on that very subject yesterday).

If you’re reading this far, you know that even though what happens in the corridors of power in D.C. is obviously important, your life is affected by what’s happening in your neighborhood, city, county, water district and state to a much greater degree in your daily life. So your support is critical to making sure there are enough journalists covering those areas.

(If you’re not a member yet, there’s literally no better time and no better way to spend $5 a month: http://coloradosun.com/join)

Before we set you off into your weekend, enjoy this photo of Utah’s Bryce Canyon National Park taken by our own Jesse Paul, whom we finally forced to take a vacation. (Reminder: I’m still accepting your fall photos, so send them my way.) 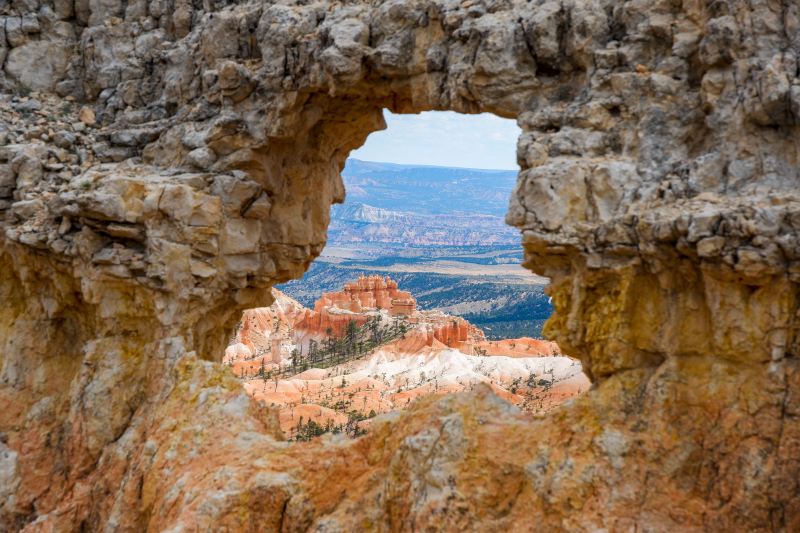 Have a great weekend and I’ll see you on Monday!