Good morning folks! It’s been a busy couple of days since we last talked, from an impeachment inquiry to a slight shift in Colorado’s leaf-peeping schedule (so you may want to plan your trip after all).

We’ll have a quick rundown of what the impeachment inquiry means for Coloradans, plus a whole bushel of fresh news from emergency responders to farming to insurance costs to mosquitos. Yes, mosquitos.

Let’s turn on this bug zapper and get to it, shall we?

A quick look at the impeachment inquiry from a Colorado perspective 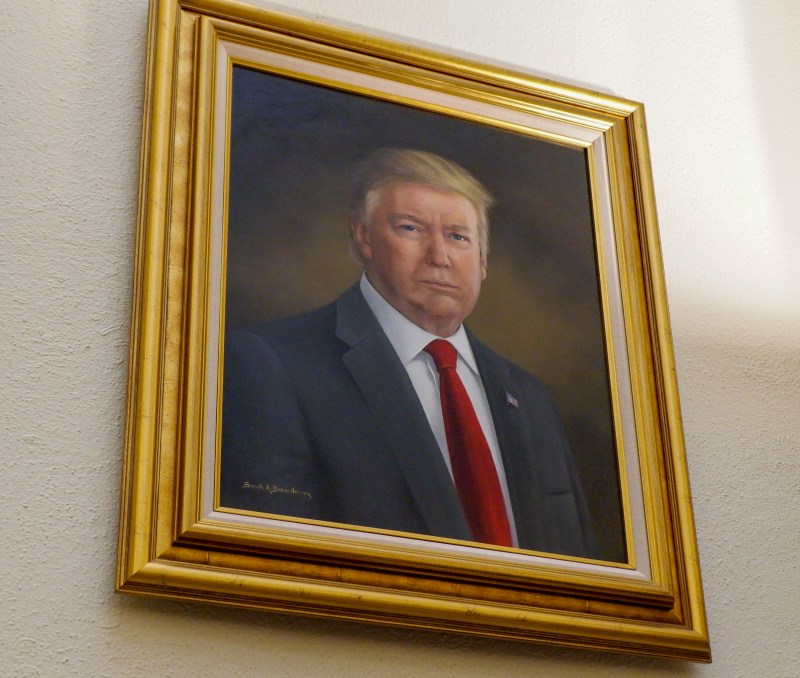 The Donald Trump portrait at the Colorado Capitol on Thursday, Aug. 1, 2019. (Jesse Paul, The Colorado Sun)

In sprawling Las Animas County, first responders are hard to find. So Junie Verquer is training students in emergency medicine. 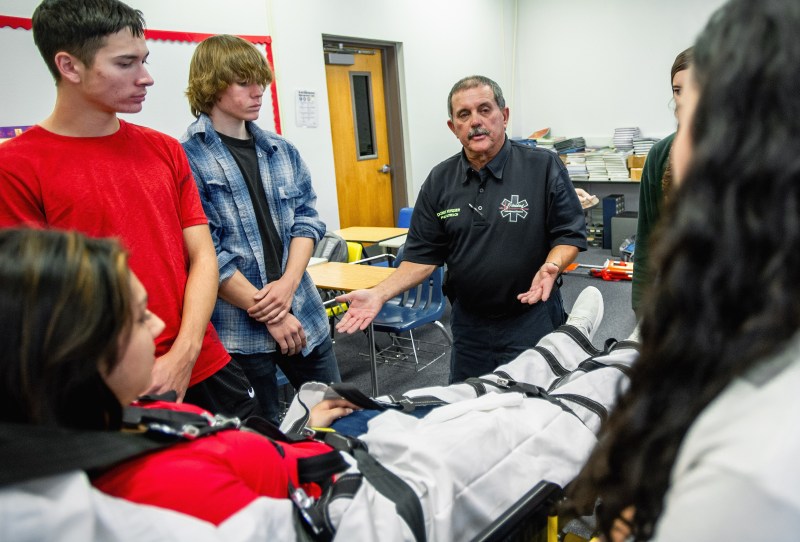 Instructor Dominic “Junie ” Verquer breaks down the performance of his Emergency Medical Response students after a classroom drill on Sept. 19, 2019, at the Hoehne School. (Mike Sweeney, Special to The Colorado Sun)

Las Animas County takes up about 4,800 square miles of land — the most of any county in Colorado and roughly twice the size of Delaware — but only has about three people per square mile. Covering that kind of wide open area with emergency responders is hard, but through classes run by Dominic “Junie” Verquer, local students are getting lifesaving skills (and a potential career path).

>> Take a minute to read Kevin Simpson’s report on the program from Hoehne. 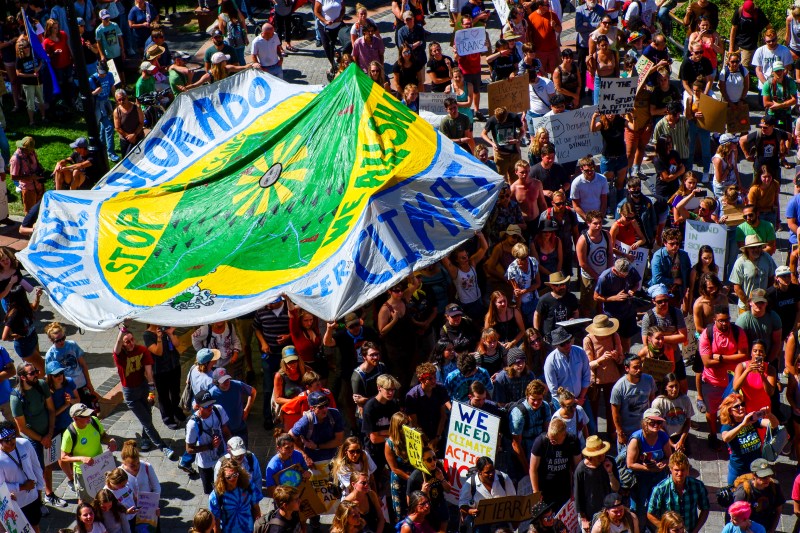 The climate strike protest marched to the Colorado Capitol in Denver on Sept. 20, 2019. (Jesse Paul, The Colorado Sun)

Americans increasingly view climate change as a crisis and want more to be done to tackle it, and the heat is on in the race among Democrats to take on Sen. Cory Gardner.

>> Jesse Paul looks at how climate change is driving both Democratic and independent voters in Colorado. 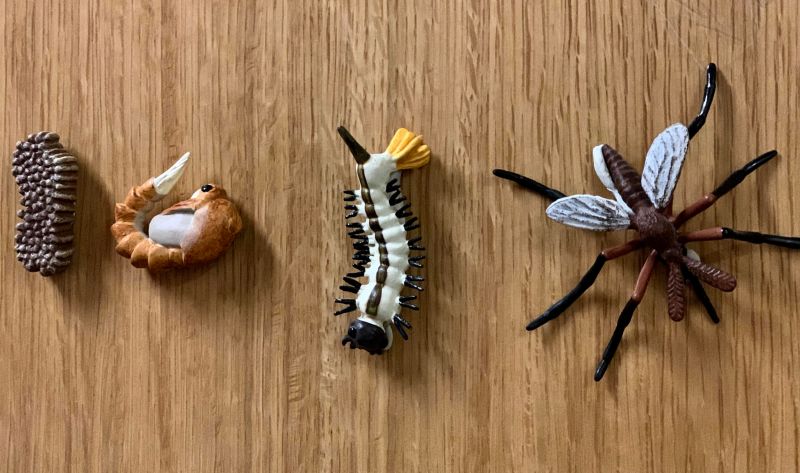 The four stages of mosquito development — from left, eggs, pupa, larva and adult insect — are represented in a sculpture hanging on the door of historian Timothy Winegard’s office at Colorado Mesa University in Grand Junction. (Nancy Lofholm, Special to The Colorado Sun)

>> Nancy Lofholm caught up with the author of “The Mosquito: A Human History of Our Deadliest Predator” in Grand Junction. You don’t want to skip this one.

Growing community: How Colorado religious leaders are farming food — and a new variety of faithful 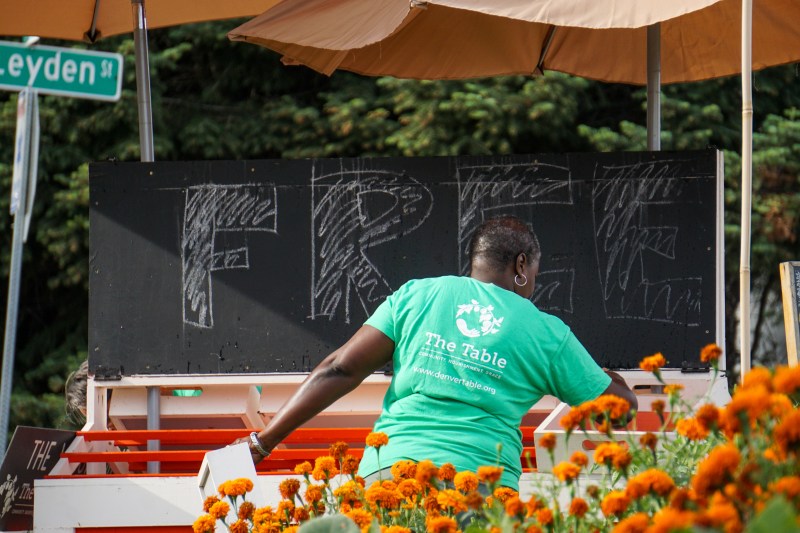 RJ Monroe preps the free produce stand in the yard of the home where she and her husband, Sean, have a “yard garden” planted and maintained by The Table to grow fresh local produce to be given to neighbors. (Eric Lubbers, The Colorado Sun)

Communities of faith in Colorado — like their counterparts nationwide — are struggling to attract and keep young people in their fold. Can the answer be found in zucchini and chiles?

// Last year we told you about La Plata County’s struggle with homelessness. This year, the county has set aside 200 acres of land as a place for people to sleep. // Colorado Sun, Durango Herald 🔑

// Steamboat Springs is logging more 911 calls than ever, but it’s been 40 years since the growing resort town has collected property taxes to support the fire department. Is now the time? // KUNC

// What does it take to replace outdated electric infrastructure in Glenwood Canyon? Helicopters. // KDNK

// The perennial question: Where’s all that pot tax money going? In Pueblo, $700,000 was handed out to 350 students in the form of college scholarships. // Pueblo Chieftain 🔑

// Lindsey Vonn got engaged and is moving in with her fiance. That means her 7,000 square-foot home in Vail is for sale for $6 million. // Zillow, People

The Thing: “Running from Cops” (search your podcast player or click here for links)

Why You Might Like It: That’s right, I’m recommending another podcast. But this one taps into one of my most deep-seated hobbies: Trying to deconstruct the reality of “reality” television. This podcast analyzes “Cops” and “Live PD,” some of the longest-running and most popular reality shows, to see just how real the interactions between police and their communities are (and how the shows have manipulated America’s view of crime and law enforcement for decades).

In the first episode alone, you hear the audio from an episode in Georgia that sounds routine — two teenagers in a church parking lot, officer searches the car and finds a substance that he “nic tests” to quickly determine that it’s cocaine. But after the arrest, one of the teen’s lawyers found out the “nic test” isn’t admissible in court and that the officer tested it four times offscreen before he got a positive result. A later lab test determined it wasn’t a drug of any kind. But the episode still aired, even after the evidence showed the teens did nothing wrong.

It’s a really compelling, deeply researched podcast that will have you giving a little more thought to your television consumption.

Got a thing? Send us an email at things@coloradosun.com and you could be published in a future Sunriser!

That’s it for today. Thanks, as always, for getting to the bottom of this newsletter with me.

If you found our Colorado impeachment primer useful, please forward this email to your friends, family, coworkers, book club or anyone else you think could use it (and make sure to include a link to coloradosun.com/newsletters so they can sign up for themselves).

Have a fantastic day and we’ll see you on Friday.