Good morning and happy Friday, folks! By now you’ve likely seen that the massive Global Climate Strike is in full swing, with students literally around the world (more than 150 countries by this writing) walking out of class to demand action — and Colorado students and businesses are joining them (full list of planned actions here).

Want some insight into why students are taking this so seriously? Diane Carman earlier this month wrote about one of the Colorado students organizing the event.

Reporter Jesse Paul will be keeping an eye on the Denver strike, so make sure you’re following him on Twitter for the latest. In the meantime, we have a whole lot of news to get to.

Let’s charge this bike and hit the trail, shall we?

With the stroke of a pen, electric bikes now are allowed on federal land — and not everyone is happy about it 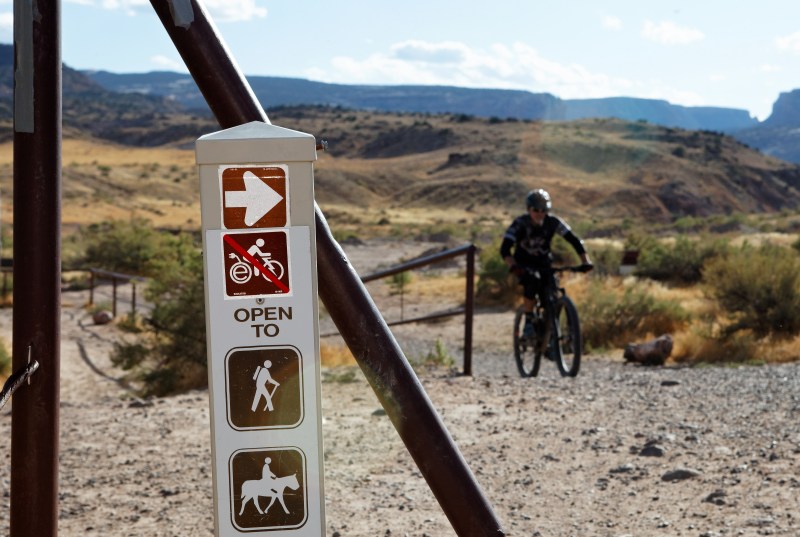 >> Jason Blevins analyzes the seismic change that the order brings to some of Colorado’s iconic singletrack trails.

Colorado beer makers are expanding to cannabis beverages: “Down the road it could be as big as beer.”

You’re not crazy if you’re seeing the initials CBD emblazoned on just about everything lately (I’m writing this newsletter from a Capitol Hill coffee shop that is across the alley from a hair salon … that also sells CBD). So it should be no surprise that Colorado’s beer makers are also joining in the green rush (think White Claw + CBD).

>> But as John Frank writes, what might be surprising is just how big these beer makers think cannabis drinks could be.

Colorado has the highest teen vaping rate in the country. Why hasn’t it seen more cases of lung illness?

“We really don’t know why Colorado is not seeing more cases in this outbreak yet. As we work with our local, state, and national partners to pinpoint a cause of the illness, we hope that becomes clearer.”

— Shannon Barbare, a spokeswoman for CDPHE

By now you’ve heard about the mysterious vaping illnesses that have resulted in more than 500 people becoming sick and seven deaths nationwide. But Colorado, which leads the nation in teen vaping, has only six cases (and zero deaths), compared to 42 in Utah (which has a couple million fewer people).

>> John Ingold looks at the difference between vaping nicotine and THC and what role Colorado’s legal, regulated cannabis economy may be playing.

>> Don’t forget that Colorado Attorney General Phil Weiser is investigating vape-maker Juul and whether it marketed to kids/claimed its devices help with smoking cessation without proof.

Denver businesswoman Denise Burgess announced her bid for U.S. Senate on Monday. But as Colorado Sun reporter Jesse Paul started asking questions about IRS tax liens leveled against Burgess and her construction business dating back to 1998, the Democrat abruptly ended her campaign on Thursday. (Burgess says the decision was not made because of The Sun’s questions, but rather because the campaign “really thought we had big momentum. We did not,” as she told 9News.)

>> Read Jesse Paul’s story about Burgess, the liens and her sudden departure from the race. 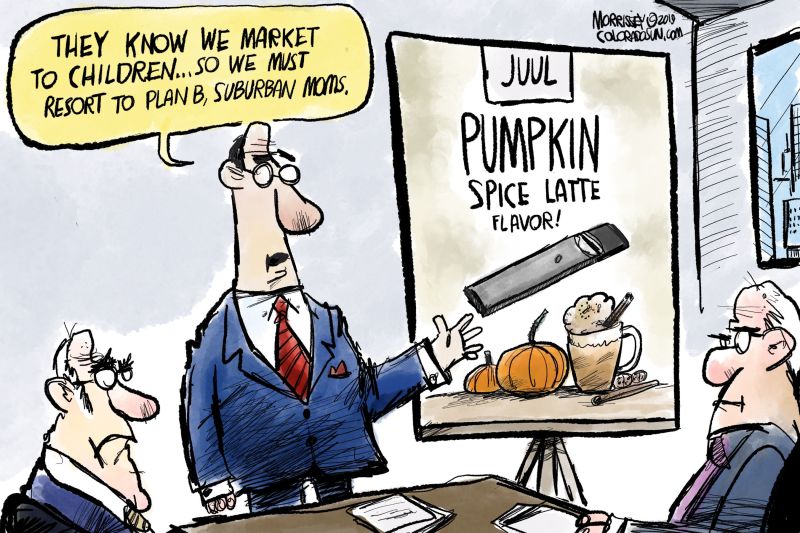 // With a hint of fall in the air, Jim Morrissey zeroes in on the next logical phase of two big trends.

// We’re only two games into the Denver Broncos’ season, yet already Drew Litton is channeling the frustration of Broncos Nation with the bane of fans and coaches alike: penalties.

// In “What’d I Miss?” something is brewing with Myra, who woke from a 30-year coma and has struggled to find her place in a world not her own. Ossie stands ready to help and senses things are about to change in a big way.

If you’ve never read flash fiction, strap in for a wild ride. In this week’s excerpt, author Nancy Stohlman has lined up a variety of (very) brief pieces that represent plot elements woven together in her Colorado Book Awards finalist “Madame Velvet’s Cabaret of Oddities.” For a special treat, watch this little video first, then read the entire excerpt — it’ll have a completely different feel, and one probably more akin to what the author intended. You’ll feel like you’re gaping at a freak-show circus — which, as Stohlman explains in her SunLit interview, was part of the inspiration for this offering in a unique and growing genre of literature.

The Denver Rare Beer Tasting on Oct. 4 is surprisingly not sold out. The event is pricey — $200 — but it’s a fundraiser for Pints for Prostates, a nonprofit that encourages men to get tested for prostate cancer. And moreover, the beer selection is one you’ll never find together again. My top three from the pour list this year: Three Floyd’s 2018 Dark Lord, Hair of the Dog’s Matt, and Side Project’s 5 Candles. More details here. 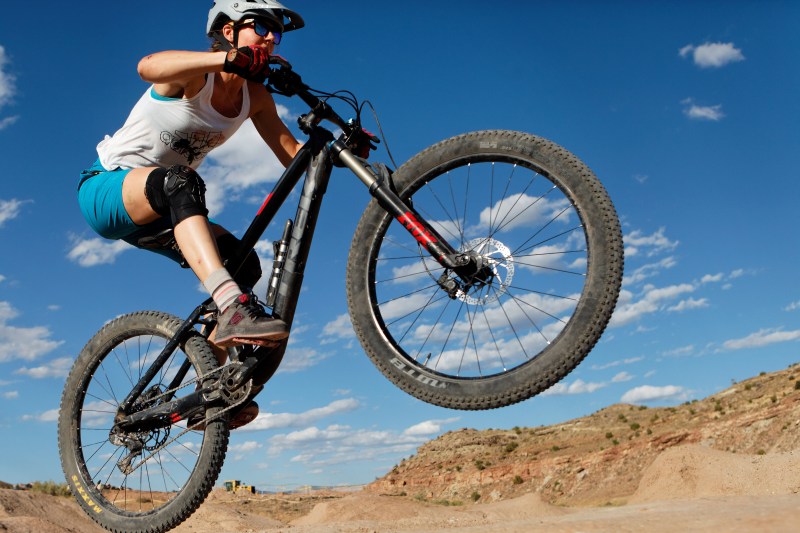 // Denver has decided to accelerate its move to a $15/hr minimum wage, which has restaurant owners upset and workers — especially minorities — standing to benefit. // Denverite

// The vandalism of a Grand Junction mosque caught the Western Slope Islamic community by surprise, but the community has rallied to support. // Colorado Public Radio

// The Denver teachers union will have a new president for the first time in a decade after progressive challenger Tiffany Choi won a redo election. // Chalkbeat Colorado

// “Are we doing that person any favors by allowing them to live here?” The Aspen Pitkin County Housing Authority proposed some changes to its affordable housing program, but there is a battle raging over whether or not you can be “too poor” for affordable housing.  // Aspen Daily News

// The Snowstang bus service will also be hitting Steamboat this season. // The Know

// I’ve been staring at this Broncos-themed corn maze for 10 minutes trying to work the phrase “corn holders” into a joke, but I give up. // Greeley Tribune

// You’ve seen it everywhere by now, but seriously, don’t put a bobcat in your car ever, but especially not next to your child. // CPW on Twitter

The Thing: “Seasons (Waiting on You)” by Future Islands (YouTube, Spotify, Apple Music)

Why You Might Like It: I was watching Future Islands command the tiny audiences of the Larimer Lounge and Rhinoceropolis for years, when, thanks to a hypnotic performance of this song on David Letterman a few years ago, they blew up (I still hear Dave’s enthusiastic response “I’ll take all of that ya got!” when I listen to this song).  Not only is it a great song, but it’s a perfect transition soundtrack from late summer into fall.

Fun tip: If you live in Denver, Sunday’s pre-equinox sunset should theoretically line up perfectly with the city’s east-west avenues, creating some very pretty sunset photos (but please, be careful, no Instagram post is worth getting hit by a car).

I wore a sweater on Thursday for much longer than the temperature allowed. I thought maybe if I just started acting like it was fall, it would finally just get here. Here’s hoping that your weekend is a fun end-of-summer blowout or a rousing welcoming of The Best Season™, depending on your temperament.

As always, please share any and all of the stories you found interesting in today’s Sunriser with your crew. Chances are, if you liked them, they will too. And get them hooked on the Sunriser while you’re at it! coloradosun.com/newsletters

Have a great weekend and we’ll see you back here on Monday.