The time a nuke was detonated under the Western Slope / Bernie’s 2020 chances in Colorado / Theater companies confront racism / Hick’s first appearance / Much, much more

Tomorrow is a special day in Colorado Sun land: Sept. 10 marks one year since we began publishing. It feels like just yesterday and (in the same breath) a million years ago.

To help celebrate our first year, we’re offering some big discounts on our premium memberships, making it the best possible time to dive in and enjoy the full Colorado Sun experience. Just head to http://coloradosun.com/join to see the plans (that start at just $5/month) and become a member (or upgrade your membership with the code ONEYEAR) today!

We’ll have a lot more about our anniversary unfolding this week, so stay tuned. In the meantime, we’ve got some fascinating news to get to, from nuclear fracking to the 2020 election.

Let’s blow out these candles already, shall we?

AARP is urging Colorado lawmakers to cut prescription drug prices. Coloradans shouldn’t have to choose between buying medication and buying food for our families. Learn more at aarp.org/rx.

TALK TO US ABOUT UNDERWRITING.

50 years ago a nuclear bomb was detonated under the Western Slope to release natural gas. Here’s how poorly it went. 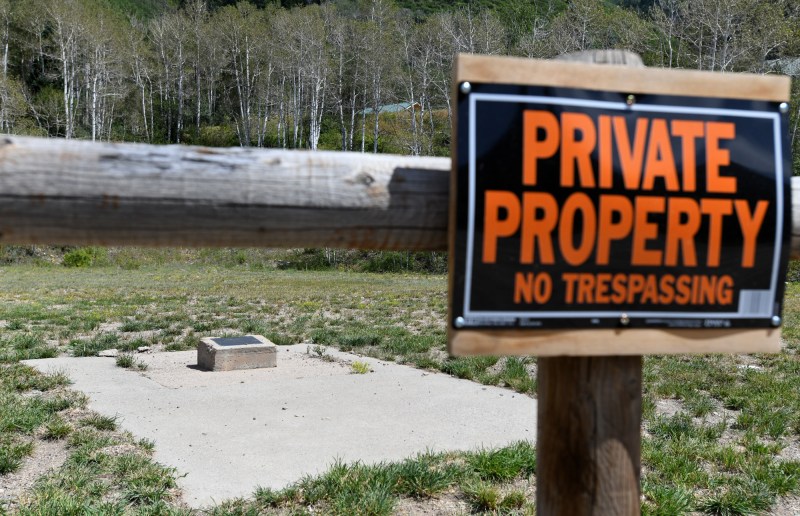 High in the mountains southeast of Parachute, a plaque located on private property behind a split rail fence marks the site of the Project Rulison nuclear test that took place on Sept. 10, 1969. (Gretel Daugherty, Special to The Colorado Sun)

“It was part of the thinking at the time. The scientists believed they could set off atomic bombs to make the Mediterranan Sea rise to irrigate the Sahara Desert and blast a new harbor on the northwest Alaska Coast. They truly believed they could play God with what they invented.”

— Chester Mcqueary, 81, who was one of a small group of protestors against the Rulison bomb experiment

I can’t do justice to this story by Monte Whaley with a simple summary, so I’m going to give you the basics and demand you go read it for yourself: During the heyday of the “throw a nuke at it” experimentation phase, the government detonated a bomb 6,000 feet under the Western Slope as a kind of ultra-fracking.

>> OK, time to go read the story for yourself, including just how close modern-day fracking is getting to the irradiated bomb site. 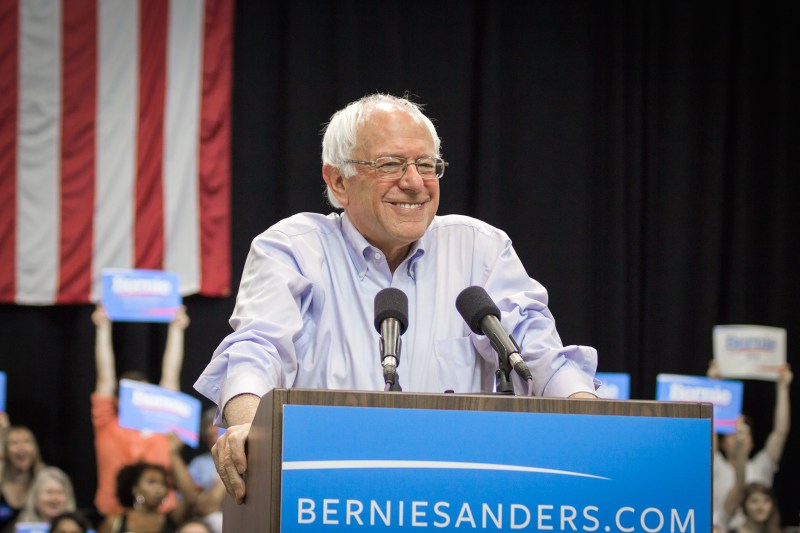 Bernie Sanders at a rally in New Orleans, Louisiana, July 26, 2015. The Vermont Senator and 2020 presidential candidate will make his first campaign stop of the election cycle in Colorado on Monday, Sept. 9, 2020. (Photo by Nick Solari, via Creative Commons)

In 2016, Bernie Sanders overwhelmingly won Colorado’s state Democratic caucuses. But the switch from caucuses to a primary that can involve unaffiliated voters means that even with strong support in recent polls, Sanders’ path to victory in Colorado next year is way more complicated than before. 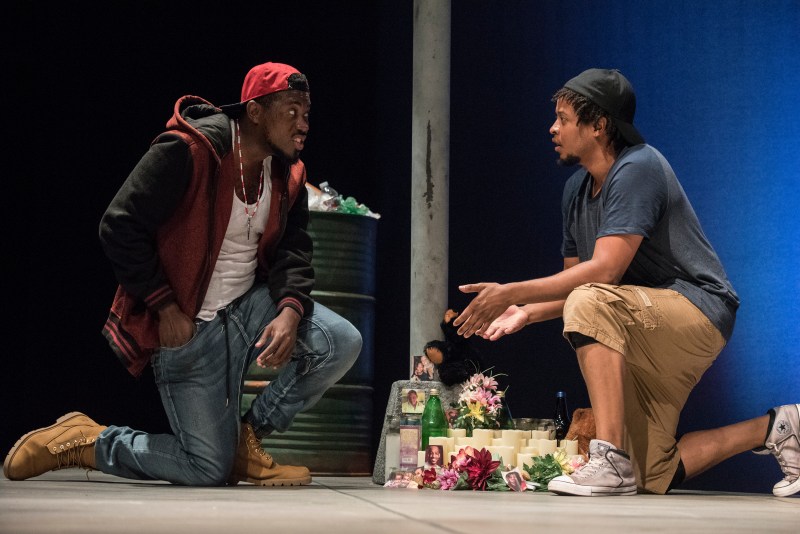 “Pass Over,” is a riff on “Waiting for Godot” with a dollop of the Exodus story on top, inspired by the 2012 killing of Trayvon Martin. Moses, played by Gregory Geffrard, left, and Kitch, played by Gregory Fenner, right, desperately just want to get off the block. (Photo provided by Curious Theatre Company)

Joanne Ostrow’s lede says it all: “America is in the midst of a cultural reckoning. The unhealed scar that is the country’s history of slavery is taking the stage, literally, in drama and satire and challenging audiences in new ways.”

>> Take a look ahead at some of the challenging works hitting theaters in Colorado this season.

Get cartoons and photos from The Colorado Sun in your feed by following us on Instagram. 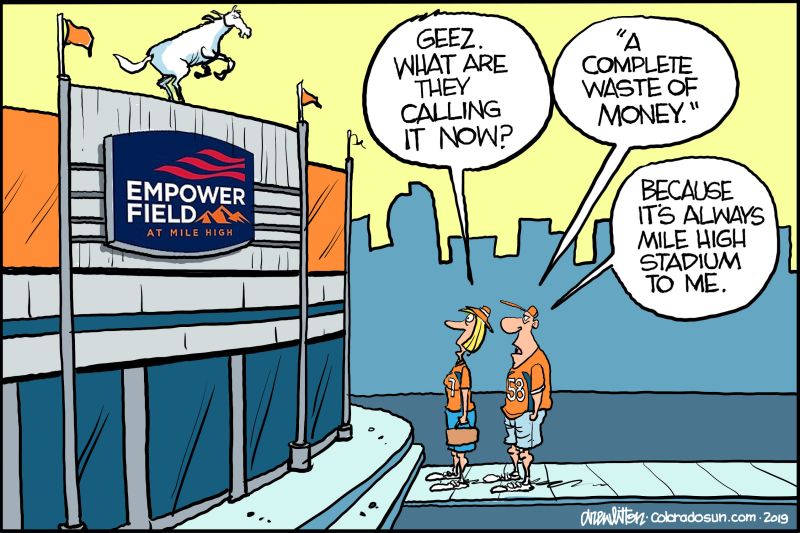 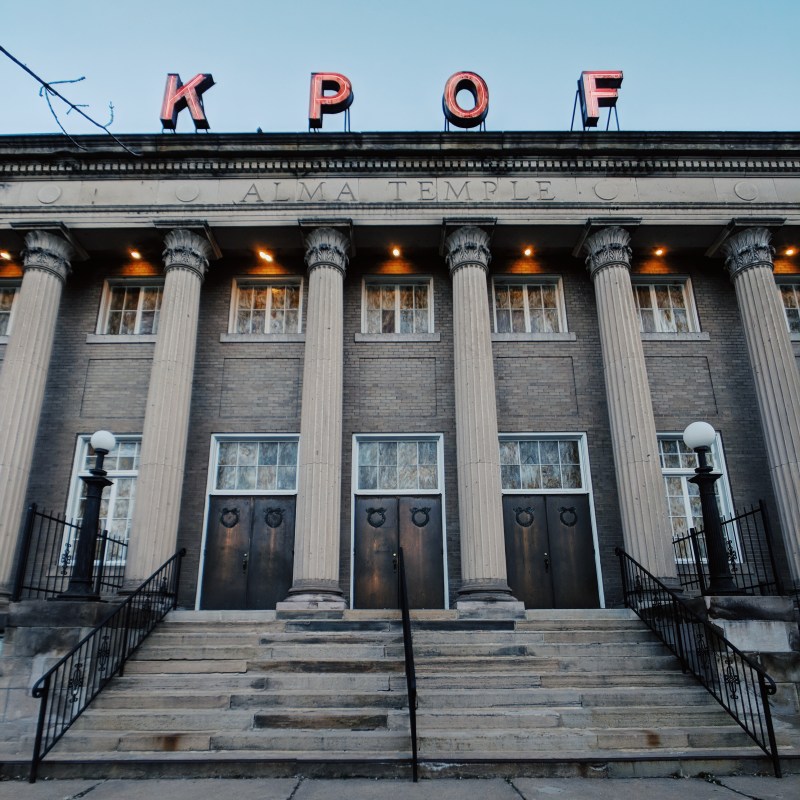 // The Pillar of Fire Church owns two major landmarks in the metro area: The cool KPOF building just south of the Capitol Building in Denver (pictured above) and a 235-acre working farm smack in the middle of the northern suburban sprawl. But a project to convert that farmland into a huge housing and commercial development has neighbors worried about losing one of the last major open spaces in the area. // Westminster Window

// A school district doesn’t have to have explicit Jim Crow rules around race to end up segregated. Economics, demographics and even zoning laws can create de facto segregation forces which is why The Denver Post found that most schools in the metro area are just as segregated as they were in the ’60s. // The Denver Post 🔑

// The genocide of the Rohingya people in Myanmar (from a wave of hatred stoked by unfettered racism on Facebook for months beforehand) resulted in a massive disapora. Some of those people pushed out by conflict have found new homes in Greeley. // New York Times, Greeley Tribune

// I’m feeling pretty good about joining a softball league at the age of 35, but Staff Sergeant Josh Griffin is putting me to shame by becoming the oldest player in college football at CSU as he approaches his 33rd birthday. // Coloradoan 🔑

// Worth repeating: The poor will bear the brunt of climate change, and not just at sea level. Denverite localized an NPR map showing that Denver neighborhoods with more poverty are more likely to experience hotter temperatures. // Denverite

// If you’ve been driving on I-25 near the Colfax exit, you’re starting to see the shape of the massive Meow Wolf building.  If you’d like a better idea of what it will look like when it’s finished, check out this 3D-rendered drone flight video. // @MeowWolf

// But not everyone is happy with the arts collective, which recently caught heat from fans who were allowed to purchase low-cost shares of its company only to be forced into a buyback, just as the company is poised for a major global expansion (and one would imagine, higher dividends). // Albuquerque Journal 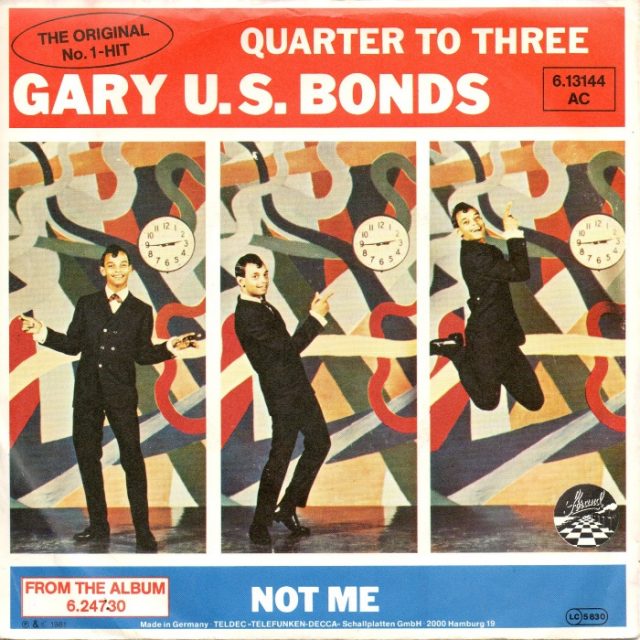 Why You Might Like It: I’m headed to the Big Easy for the first time in a couple of days to attend the Online News Association’s 2019 conference and this feel-good song has been playing in my head for a week straight. It’s been covered by everyone from Neil Diamond to Joan Jett to Dr. John and it has just enough saxophone to guarantee that you’ll start tapping your toes.

Send your thing to things@coloradosun.com and you could be published in a future Sunriser!

Thanks for starting off your week with us! I say this in nearly every newsletter, but as we look back on a full year of publishing news, it’s so clear that the driving force in helping us create our Colorado Sun community is readers like you.

As always, have a great week and we’ll see you back here on Wednesday!