Good morning — and I say this with every sincere fiber of my being — happy Friday. It’s been a great birthday week for us here at The Sun.

Here’s where I get sappy and earnest: The amount of support we’ve received during this mini-membership drive has been incredible, from new and upgrading members and people who have been there from the beginning. There’s no arguing that Colorado needs more robust journalism, and we’re betting that by building a community of people literally and figuratively invested in the future of this state, we can help make that happen. But it will take support from every reader to get there.

It’s not too late to grab a membership (including the big discount on our Newsletters+ level) over at coloradosun.com/june! But don’t wait. The offer goes away at midnight. You won’t want to wake up tomorrow having missed out.

For now, though, I’m just going to leave you with this stunning photo of Crested Butte wildflowers from Dean Krakel to celebrate the solstice and official arrival of summer. 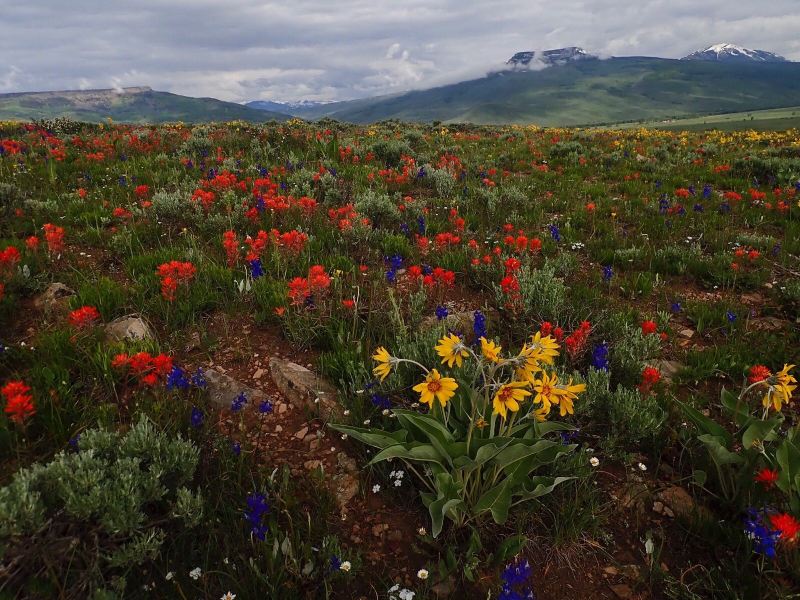 Wildflowers in full bloom near Crested Butte on June 18, 2019. (Dean Krakel, Special to The Colorado Sun)

OK, let’s whiff this blossom, shall we?

Colorado’s oldest drive-in theater: 70 years of watching the stars, under the stars at The Star in Montrose 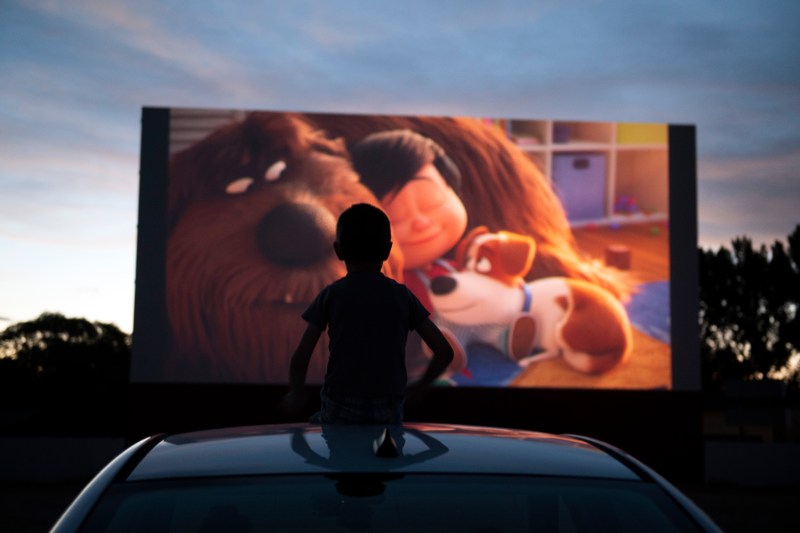 A young boy watches a movie from the roof of a car at the Star Drive-In movie theater in Montrose. (William Woody, Special to the Colorado Sun)

This story checks just about all of my boxes:

☑️ A lede that includes a story about a bad joke.

>> I’M BUSY PLANNING MY TRIP TO MONTROSE I had to stop myself from just loading this newsletter with every one of William Woody’s photos of The Star Drive-In, but you’re going to have to click through to see them and read his great story that goes with them about the nation’s oldest drive-in still being run by the family that started it.

The two teens accused in the deadly shooting at STEM School Highlands Ranch told authorities that the attack was carried out to exact revenge on their peers and that they stole weapons and ammunition from one of their parents’ gun safe.

>> MORE DETAILS In addition to revealing more details from the first police interviews with the alleged shooters, the new documents unsealed Thursday confirmed reports that one of the students wounded in the attack was injured by a bullet fired by the school’s private security officer. Jesse Paul has more, plus a link to the court documents.

What will make you believe in climate change? How about a life-altering flood, study asks 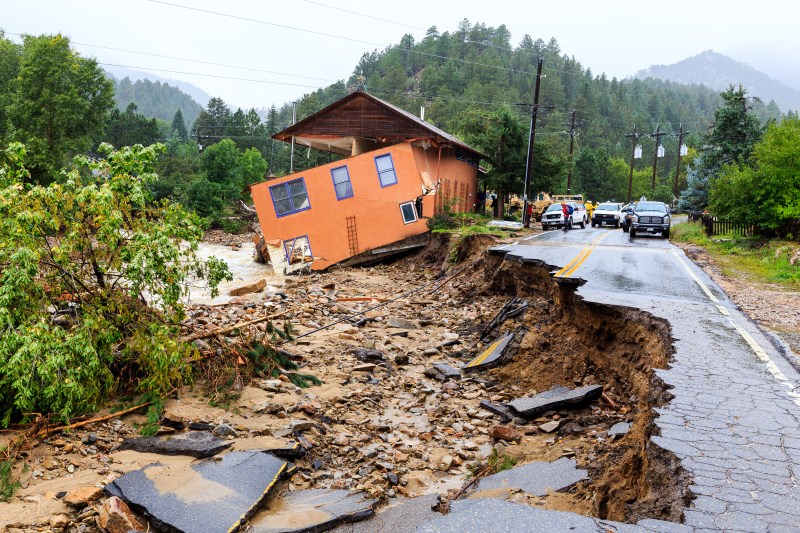 Jamestown, a small mountain town of 300 people, was cut off during the September 2013 floods. (Photo by Steve Zumwalt, provided by FEMA)

“We so often assume that individuals are motivated entirely by self interest. This flips that on its head a little bit. That’s a pretty powerful thing when someone shifts their belief structure.”

One of the biggest barriers to meaningful action around climate change is getting people to believe it’s actually happening (spoiler: it is happening whether you believe it or not.) But a study of the aftermath of the 2013 floods that wiped out neighborhoods and roads in Colorado found that yes, people were more likely to believe after the flood, but that wasn’t the most interesting finding.

>> SHARED EXPERIENCE OF THE COMMUNITY Jennifer Brown has the details of the study that found that even if people didn’t personally lose property, the community’s shared trauma was just as powerful to shift their beliefs.

All the classes, none of the Boulder: CU offers computer science degrees on Western Slope

Bobby Braun, dean of the College of Engineering and Applied Science at the University of Colorado, right, photographs some of the construction going on at the Paul M. Rady School of Computer Science and Engineering on the campus of Western Colorado University in Gunnison. Paul Rady, center, donated $80 million for the project. (Dean Krakel, Special to The Colorado Sun)

The engineering college is the fastest-growing segment of the University of Colorado’s Boulder campus. But a program started a decade ago to take the full CU curriculum and make it available at state universities well beyond Boulder is ready for a major expansion.

>> WESTERN SLOPE PRICES, BOULDER EDUCATION Tamara Chuang has the history of the program – which appears to be unique among major college systems nationwide — and a look at its next big expansion to Western Colorado University in Gunnison.

“There is a lot of uncertainty”: Outdoor industry facing $1.5 billion in monthly losses from Trump’s trade war

Jason Blevins has a report from the floor of the Outdoor Retailer show here in Denver, where talk of tariffs and trade “really sucks the air out of the room.”

>> IT’S ALL CONNECTED As the quote above illustrates, for smaller manufacturers like those that make niche outdoor products — even those that actually build products in the U.S. — the complexity of supply chains for specialty materials means that trade battles can create massive headaches and lost revenue. Read Jason’s report for more.

>> “FOR THE LOVE OF COLORADO” Jason also has a look at a new awareness campaign to promote water conservation by using some basic math: By 2050, Colorado’s population will double, but the water supply won’t. 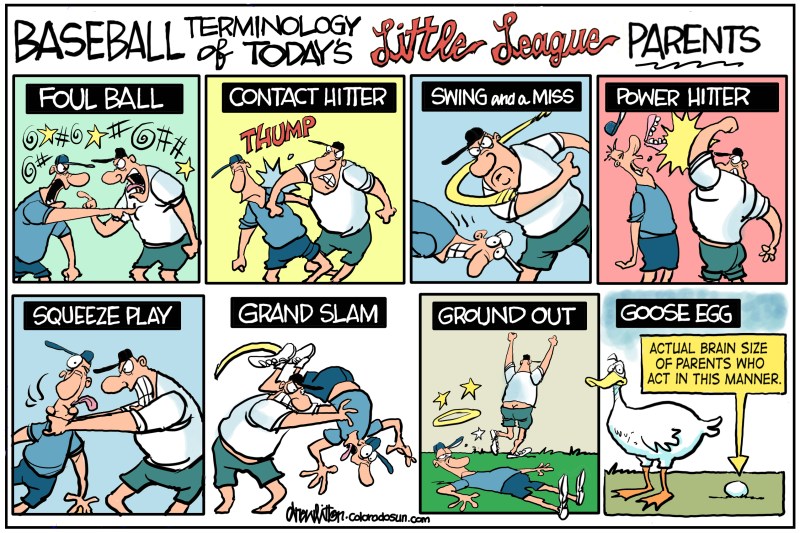 // Drew Litton offers his take on the timeless story that once again has reared its ugly head in the Denver metro area — adults losing their minds over youth baseball.

// Meanwhile, in “What’d I Miss?” Myra, recently emerged from a 30-year coma, sees her worlds collide when her old friends from the ’80s meet the young friends that match her mental age.

With the recent 75th anniversary of the D-Day invasion, military history again stepped into the national spotlight. Now, author Jeffrey B. Miller offers an unexpected twist on the war hero narrative with “WWI Crusaders,” the true story of the Americans whose efforts during World War I kept Belgium from starving under the German occupation. His excerpt sets the stage, while his SunLit interview explains how family diaries ignited his passion for this slice of largely unexplored history.

What happens when the brewers who won the inaugural medals for hazy pale ale at the Great American Beer Festival get together? Well, you can taste the answer.

Fiction Beer Co. in Denver (which took bronze in the competition) brewed a hazy pale ale in collaboration with the other two winners (Tin Roof from Louisiana and Kings Brewing from California) that debuts Saturday. The beer — named Electrum Bronze — exhibits a creamy mouthfeel with bold citrus flavors as well as ripe melon and gooseberry notes, according to Fiction’s Ryan Kilpatrick. The brewery opens at 1 p.m. and the beer is available in cans and on draft. It sounds like one not to miss.

// Now this is a headline: “Longmont residents sick of vile, vomiting turkey vultures.” Click through to read possibly the most visceral use of the term “whitewashing” I’ve ever read. // Longmont Times-Call 🔑

// Rebekah Henderson (a Denver filmmaker profiled by Joanne Ostrow last month) has released a new chapter of her podcast Off Color — this time on YouTube. The first episode explores gentrification in “The Harlem of the West” aka Denver’s Five Points neighborhood and looks like an interesting way to learn some history. // Off Color on YouTube

// Speaking of gentrification, the idea of a “starter home” may be the cornerstone of every third HGTV series and the American Dream itself, but in old neighborhoods like Five Points, homeowners looking to buy them are in competition with Wall Street capital-backed investors. The New York Times analyzed Atlanta and found a housing situation that looks an awful lot like what has happened to Denver and its suburbs. // New York Times

// The Gold King Mine spill in 2015 stoked a lot of fears about what was coming out of the mountains near Silverton. But the Environmental Protection Agency now says that the sludge water spilling heavy metals each day from abandoned mining sites in the region are not actually a major risk to human health. // Durango Herald

// This admittedly has nothing to do with Colorado, but if you haven’t read The Atlantic’s story on Malaysian Airlines Flight 370 yet — and all of the wild things that happened surrounding its disappearance a few years ago — you need to make time. Seriously. Do it.  // The Atlantic

// Two men died when the Sno-Cat they were operating fell through the ice on Island Lake on Grand Mesa in February. Now the U.S. Forest Service is trying to figure out how to retrieve the 7-ton vehicle from under 65-feet of water. // Grand Junction Sentinel 🔑

// When was the last time A-Basin was open for skiing on July 4? It could happen again this year. // Summit Daily

Today’s thing comes from Sun co-founder and reporter Jennifer Brown. You definitely have a thing you just can’t stop raving about. Send us an email at things@coloradosun.com and you could be published in a future Sunriser! 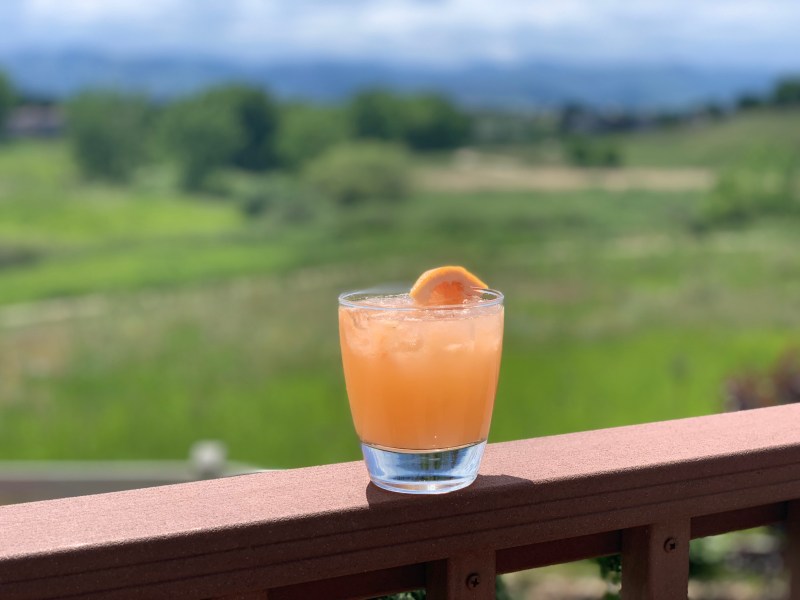 The Thing: A fresh-squeezed Paloma

Why You Might Like It: This is for your Friday sunset, Sunrisers. It’s refreshing, full of vitamin C and requires no actual measuring (which is how I cook, bake and mix drinks, apparently.) This is all you need per drink: one grapefruit, one lime, a teaspoon of sugar, a splash of club soda, and, if you wish, a shot-ish of tequila. Squeeze the grapefruit and the lime and pour the juice into your glass. Stir in a bit of sugar until dissolved. Add ice, tequila and club soda. Find a seat outside and cheers to the weekend.

Thanks again, Colorado. The Colorado Sun truly will only work if we all get on board and make it possible. We’re committed — and we know you are, too, based on the support you’ve shown since last June.

So here’s my final pitch of the week: Head on over to coloradosun.com/june — or tell your friends and family to do so if you’ve already stepped up — and get your weekend started off right by doing something important and so impactful for your community.

More journalism is a good thing. (Anyone still needing help upgrading their account can reach out to us at support@coloradosun.com and we will get right back to you!)

Have a wonderful weekend (and feel free to send me photos of your adventures) and we’ll see you back here on Monday.