Sunriser: Climbing grief, Big Tobacco vs. nicotine tax, “high-tech high,” just how many cars drove through I-70 tunnels and much more

Good morning and happy May Day, whether you’re into the May Pole version or the “listen to Pete Seeger sing about labor solidarity all day” version (Interesting fact: International Workers Day began in the U.S., but by some measure labor unions here are now among the weakest in the industrialized world).

With summer staring at us from the horizon, here at The Sun we’re preparing for a world after the legislative session. For us, that means taking some of the journalistic firepower we’ve been focusing on the Capitol and spreading it all over the state to tell stories you can’t find anywhere else. But the thing about covering a state as vast and beautiful as Colorado is that covering it thoughtfully isn’t cheap.

So if you’ve been on the fence about becoming a member and supporting our work, now’s the perfect time to join (for as little as $5/month, though I think Sunriser readers would really like our Newsletters+ membership.) Our organization is small and efficient: Every single dollar of your membership goes directly to paying reporters, editors, newsletter writers, photographers and for fundamental services. No heavy overhead or greedy investors or wasted money, just more journalism for Colorado.

If you’re already a member (thank you so much, seriously!), the next best thing to cash is helping spread the word. Before everyone scatters to the four winds for the summer, we’d love it if you could get two people in your life to sign up for one of our newsletters at coloradosun.com/newsletters so they can see our work for themselves.

But you’re not here for a sales pitch, you’re here to get the news. So let’s wax this car already, shall we?

When people die in the outdoors, help for their loved ones is scarce. The climbing community aims to change that. 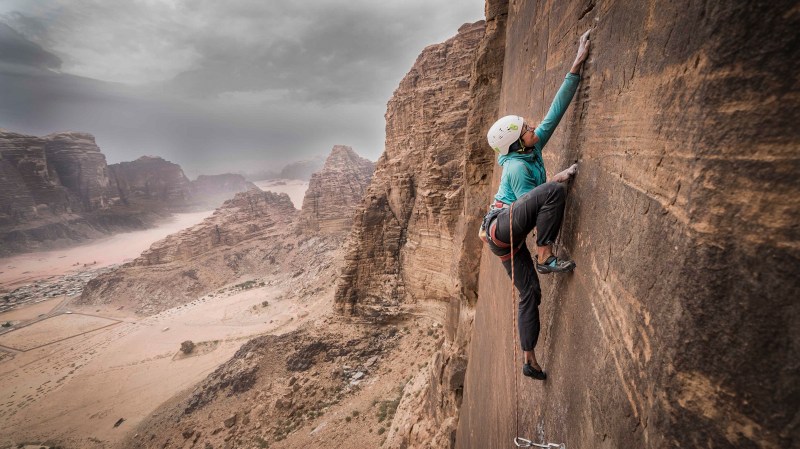 “I think if you’re in climbing or any extreme sport long enough you eventually know someone who’s had an accident, or who has died.”

There’s no getting around it: Climbing inherently includes exposure to death and terrible injury. And the ripple effects of climbing accidents can extend to family members, climbing partners and the rest of the community. Sun contributor Joe Purtell brings us the story of a group of Colorado climbers who are organizing to help those affected by these accidents get the mental health care needed to properly process such traumas.

>> Read how the Climbing Grief Fund works and how you can help here.

Cameron Denesha, a senior at Skyline High School, inspects his drone before taking a few laps on a course at the Innovation Center of St. Vrain Valley Schools in Longmont. (Austin Humphreys, Special to The Colorado Sun)

In 2007, Skyline High School in Longmont was an aging school with 64% minority students and 45% on free or reduced lunches, and a fancy new school was opening across town. Fearing students would be lured away, Principal Patricia Quinones and her staff turned the school toward innovative teaching techniques and a focus on STEM learning that just over a decade later have made the St. Vrain Valley School District one of the most envied in the country.

>> Read Christopher Osher’s excellent story tracing the transformation — and where the district is headed next.

On April 23, The Colorado Sun broke the news that Gov. Polis and Democratic leaders would propose a cigarette and vaping tax to help fund education and health care. On April 24, a group funded by one of the biggest tobacco companies in the country registered social media accounts under the name “No Blank Checks for Colorado” and started spending thousands of dollars on promoted posts.

>> Read the story by Jesse Paul and myself about the swift reaction from Big Tobacco — including hiring the most powerful lobbying firm in the state — here.

// You’re going to want to read this one: Here are the most-lobbied bills so far in Colorado’s 2019 legislative session. The list may surprise you.

// With Democrats in charge of both chambers and the governor’s office, business groups found themselves feeling a little angst-y about measures that would affect all businesses in the state — like family leave and equal pay — being debated at the Capitol. Tamara Chuang looked at the efforts (both against and in support of those measures) that business groups pursued this session.

“We want to create that moment in time that says it’s not equal now, but we see a future and we see a vision of equality and here are the different steps we need to work together to achieve that future.”

The Colorado Classic made a bold move to ditch the men and focus on women for an Olympic-qualifying, top-ranked cycling event like none other in the Western Hemisphere. Jason Blevins has more on the bigger picture goal behind the move, including how the race hopes to use its moment in the spotlight to give women athletes more exposure to make for longer-lasting equity.

>> Read about the big plans for the country’s biggest women’s bike race here.

// It’s spring, which means watch out for groggy bears in the high country and foothills. It was also a wet winter with lots of runoff, so watch out for mosquitoes. // Aspen Times, Durango Herald

// You get two guesses who this headline is referring to (and the first one doesn’t count): “The silver-tongued GOP star in danger of losing his job.” // POLITICO

// Kevin Vaughan has an interesting story about how California investigators ended up in Colorado pursuing a 1973 cold case thanks to a relative’s at-home DNA test. Here’s a fun fact that will make you run for the hat-making tinfoil: Only about 2% of the general population needs to have their DNA on file to find almost anyone in the whole population. Great for cold cases, not so great for people concerned with privacy. // 9News, Quartz

// Learn about the historic I-70 crash that led to the creation of CDOT’s infamous “TRUCKERS DON’T BE FOOLED” signs. // CPR News

// In keeping with my little talk about white supremacy in Monday’s Sunriser: “Anti-semitic violence in and around Colorado remains high despite slight decline in 2018.” // CPR News

// What do Chevron and Occidental Petroleum, the two companies vying to spend billions of dollars to acquire Colorado’s biggest oil and gas producer, have in common (besides being energy companies)? Neither one paid a single dime in corporate taxes last year despite absolutely raking in profits. // CNBC, New York Times

// To decompress from that story, here’s a feature on a big-ol Hershey Kiss-shaped tree in Greeley that has become a city photo-op. // Greeley Tribune

// It’s a little hard to pull off the “I had no idea it was there, officer” trick when you’re loaded down with 100 pounds of Colorado kush in Utah. // Deseret News

// 9News has an interview with the man who survived being buried for two and a half hours under a roof avalanche in Crested Butte this winter. // 9News

// I don’t want to navel-gaze too much, but here are some interesting (and complementary) stories about the current state of journalism:

Today’s Thing comes from Colorado Sun senior editor Dana Coffield. If you have something that you just can’t stop raving about that you’d like to share, send us an email at things@coloradosun.com and you could be published in a future Sunriser!

Why You Might Like It: Citizen science at its finest. The network, headquartered out of the Colorado Climate Center in Fort Collins, is a vast web of backyard weather nerds measuring rain, hail and snow and sharing their findings to help climate scientists draw a clear picture of how much precipitation is falling where. It’s fun, but it also helps weather experts predict things like drought and flood. The deadly Spring Creek flood in Fort Collins in summer of 1997 is what got the network started. (No one reported to the National Weather Service that 13 inches of rain had fallen west of the city, so it was a surprise when a flash flood engulfed the city hours later and five people were killed.) Today, thousands of people participate in the network (more than 8,500 stations, including mine, made reports as of 8:45 a.m.) that spans the U.S. and Puerto Rico. All it takes to participate is a professional-quality rain gauge and a quick training (online or in person). Your observations can be as simple as reporting how much moisture was captured in your gauge or as complex as using a special pad to report the density and ferocity of hail. No matter how engaged you are, your data helps meteorologists and – potentially – your neighbors.

You made it to the bottom of a very newsy Sunriser! I won’t take up much more of your valuable time than I already have, so I’ll send you on your way with a hearty thanks from the whole staff and a request that you have a great week.