Good morning and happy (Good) Friday! This has been a bit of a draining week in Colorado, so before you head off into a holiday weekend (or just a weekend enjoying our state’s beautiful weather), I’m happy you’re spending a little time catching up on the news.

And we have a spectrum of stories for you today, from the future of mini-golf to high-stakes gravel pits to a community’s battle against Nazi symbolism.

Let’s knock it through this windmill already, shall we?

>>Want to do something good for your community this Good Friday? Become a Colorado Sun member, starting at just $5 a month. For a limited time, use the code BIGREADER at coloradosun.com/join for discounts on new annual memberships. Each new member means more journalism for Colorado.

A Nazi flag led this Western Mayberry to confront hate once again. Now Fruita aims to send a different message.

“I’m his mother, and I am not going to let that happen. The flag isn’t here anymore.”

Nancy Lofholm brings us a story from Fruita, a Western Slope Mayberry that was thrust into the national conversation around surging “in-your-face” incidents of hate after a resident flew a Nazi flag outside a home. While the flag is no longer flying — according to the mom quoted above — the story highlights the town’s major effort to put inclusivity at the forefront.

>> Read about Fruita’s efforts — including drawing on a history of literally ripping a Jim Crow law from the ordinance book — here.

The politically connected owner of a Glenwood Springs quarry wants a massive expansion. Residents are preparing for a fight.

The battle between the Colorado high country’s two biggest industries, extraction and recreation, has a new arena. Just above Glenwood Springs, a quarry owner with connections to the powerful Denver-based Brownstein Hyatt Farber Schreck lobbying firm — and former Brownstein lobbyist and current Interior Secretary David Bernhardt — wants to dramatically expand the quarry’s gravel pit. Residents and tourism businesses, though, are gearing up for a fight to stop it.

>> Jason Blevins has the story here.

“Separating siblings shouldn’t happen. They are our support systems. They drive us to be better. I feel like if I was able to be with my sisters, we could have had the same opportunities. We could all be living a beautiful life together.”

Two bills in front of lawmakers seek to rectify some of the extra hardships put on foster youth in Colorado that you may not have even known about, from helping keep siblings together in the system to helping kids get driver’s licenses to ease the transition into adulthood. Jennifer Brown has the story of the generation of foster youth that is advocating for change louder than any before them.

>> Read all about the bills and the issues they seek to change here.

One of the most visible reminders that the city of Denver used to be criss-crossed by cable cars had been serving spaghetti for the better part of 50 years. The Denver City Cable Railway Building lost its longtime tenant, the Old Spaghetti Factory, in September, but as Kevin Simpson writes, the next occupant will keep both families and the building’s sense of history intact.

>> Take a peek inside the in-progress renovation of the 130-year-old building and get a glimpse of its future here.

Five women are already in the crowd running to go up against Sen. Cory Gardner next year, but none has much political experience or financial support to get over the high bar of making it onto the primary ballot (we’re keeping track of all the candidates here). But the names of two women — former Colorado House Speaker Alice Madden and newly elected Secretary of State Jena Griswold — are now being tossed around.

>> Read more about the effort to recruit women into the race here.

More politics under The Sun

// After the Nuggets’ performance last night, it seems like Drew Litton chose the right subject for his latest take on Colorado sports.

// In this week’s What’d I Miss, Myra keeps discovering that age has made a lot of her friends … jerks. (Start the series from the beginning here)

I’m excited to get my hands on this week’s SunLit selection, “River of Lost Souls” by longtime Western environmental journalist Jonathan P. Thompson. The book is an investigation into the history of the Gold King Mine and the circumstances that led to the mine’s infamous 2015 toxic blowout. Read an interview with Thompson here and an excerpt from the book that focuses on the brutal 1939 Silverton strike and how the history of labor and environmentalism intertwine.

Oskar Blues Brewery retired my favorite hoppy beer Gubna a while back. But the Longmont brewer’s newest IPA iterations are becoming a go-to. The Can-O-Bliss series debuted in February with a super-flavored Tropical IPA and the second iteration is next — Hazy IPA. Check it out, and keep an eye open for the new Steep Coast Strata Double IPA debuting May 1.

“We should move in the direction of offering lifelong insurance and medical care for football players who become badly damaged. But to do that is an implicit acknowledgment this game is incredibly dangerous to play.”

// I’ve written about this before, but the future of football is something that is on my mind. A lot. I’m a former player with my fair share of undiagnosed concussions and until recently, a big fan of the sport. This piece by Michael Powell, about the small rebellion by two University of Colorado Regents protesting the future of football in Boulder, is a great place to start if you’re trying to grapple with the love of the sport and its undeniably damaging nature. // New York Times 🔑

// Powell also wrote a companion piece about Columbine HS/CU/Broncos lineman Ryan Miller and his struggle with some of the horrific physical repercussions of a lifetime of hits. // NYT

// Not to belabor the point, but I was shocked to find out that the story that has stuck with me the longest — “What Would the End of Football Look Like” — was published more than seven years ago, showing just how long we’ve been contemplating how this will all shake out. // Grantland

// The last remaining employee of the Sunnyside Gold Corporation in Silverton is retiring. The Durango Herald’s look at Larry Perino’s career also functions as a history of Colorado’s mining bust and legacy. // Durango Herald

// Hey, remember when Volkswagen cheated on their diesel emissions tests for years? A chunk of the multibillion-dollar settlement will pay for electric and other no-emissions buses around Colorado, including five in Fort Collins. // Coloradoan 🔑

// Denver’s “innovative” housing program — LIVE Denver — gets a lot of attention and is highly touted by the city. But in the nearly two years since it was announced, the program is only serving three people. // Pew Trusts

// There are a pair of pieces on the sudden and potentially massive rift between the NRA and its longtime advertising firm Ackerman McQueen (you might know them from producing NRATV and the rise of people like Dana Loesch). This Wall Street Journal article has the financial details of the lawsuits, while a piece from The New Yorker has a few more juicy details of the excesses enjoyed by the nonprofit’s executives — including a swanky wedding at the Broadmoor, complete with the Colorado Springs Philharmonic playing on the veranda. // Wall Street Journal 🔑, The New Yorker

“Absolutely something has changed” on the climate front, Scott said, “and I would argue that a lot of it has been for the better. Not the worse. The better.”

// Colorado state Sen. Ray Scott (R-Grand Junction) had some … interesting thoughts on climate change at the statehouse. // The Colorado Independent

// The one thing Denver mayor candidates can agree on: All the new buildings in town are plug-ugly (I’m paraphrasing slightly.) // 9News

// I’ll leave you today with something to ponder and a topic that to me seems like the Great Unified Theory of Why Things Seem So Screwed Up Lately: The world is running out of empathy. // NPR 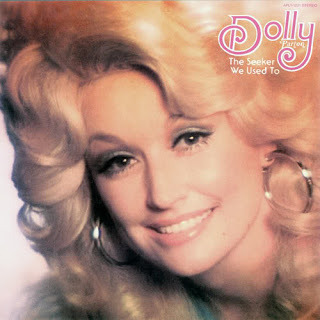 Why You Might Like It: No matter where you fall on the rainbow spectrum of religion (even if you fall completely off it all together), hearing a great gospel song at just the right moment in your day can absolutely boost your mood. And after this week, I think we could all use a little lift. I’m a latecomer to Dolly Parton appreciation, so it’s really fun to discover these little gems that are brand new to me but have meant so much to people over the years. (Bonus: I listened to this on a compilation that played her song “We Used To” immediately after “The Seeker,” and it not only pays direct homage to “Stairway to Heaven,” it fits right in to all sorts of my favorites like Nico, Lee Hazlewood and Serge Gainsbourg. Might not be the best sunny day listening, but keep it handy for your next moody session.)

WHAT’S YOUR THING? If you have something that you just can’t stop raving about that you’d like to share, send us an email at things@coloradosun.com and you could be published in a future Sunriser!

My goodness that was a particularly packed Sunriser. If you’ve made it this far and you’re not a member of The Sun yet, I’m going to reward you with a special discount. Just head over to coloradosun.com/join and use the discount code BIGREADER to get 10 percent off a new annual membership (or a monthly membership at our Newsletters+ level!).

(If you’re already supporting the work we’re doing here at The Sun with a membership, I want you to have my personal gratitude and permission to share that discount with anyone in your life you think could use a membership)

Now you’ve spent more than enough time here with me, go enjoy this beautiful weekend, no matter what your plans are. See you on Monday!

Business Primary category in which blog post is published

Many Colorado restaurants have closed. The ones still open aren’t sure how long they can weather coronavirus.

State data shows that even though restaurants have recovered some since April, the industry is still down thousands of jobs. More than 2,500 establishments have shut down since March.

Published on Aug 4, 2020 5:05AM MDT
Coronavirus Primary category in which blog post is published

Vail is betting that disinfection technology will make school, buildings safer during coronavirus

Vail Mountain School is one of the first in Colorado to install the Synexis Dry Hydrogen Peroxide system, enabling it to keep a five-day-a-week schedule for students.

Published on Aug 4, 2020 4:20AM MDT
Politics and Government Primary category in which blog post is published

Top Colorado lawmakers said the move was intended to save $100,000 in the $30.3 billion state budget, but critics suggest it's a bad idea