Good morning and happy Monday! We’re in full pond-skimming season up in the high country, so it’s a good time to revisit the history of this very particular spring event.

Springtime in Colorado is always full of transformation out in nature, but as you’ll see in today’s Sunriser, the state is on the cusp of some pretty radical changes for everything from the National Western Center in Denver to the entire criminal justice system.

(Oh, and if you missed our “After Columbine” series last week — or if it seemed a little too daunting for you to really process — we boiled down some of the biggest things we learned during our months-long investigation into the state of school safety in Colorado into an easy-to-scan story here.)

Let’s smell this flower already, shall we? 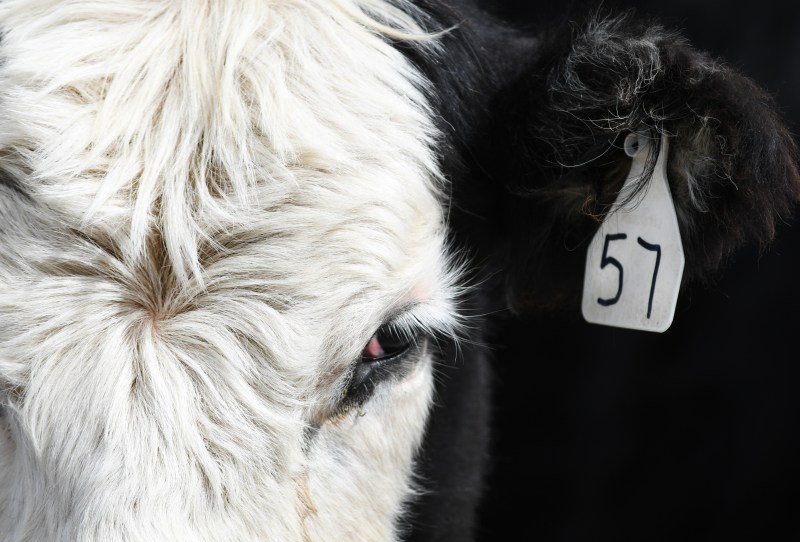 A cow on the Flying B Bar Ranch in Strasburg, owned by Brad Buchanan, the chief executive officer of the National Western Center Authority. (Kathryn Scott, Special to The Colorado Sun)

“I had my iPhone propped up in the crook of my shoulder the first time I pulled a calf at four in the morning.”

— Brad Buchanan, the former Denver architect who is now the CEO of the National Western Center Authority

By now you probably know that the National Western Center in north Denver is getting ready for a massive makeover. But the project — with the lofty goals of transforming several neighborhoods, bridging Colorado’s cities with its agricultural roots and providing a new central hub for one of the state’s biggest industries — is bigger than you might think. Tamara Chuang lays out the scope and scale of the project here.

>> Read Tamara’s story — including a glossary of all the different entities with “National Western” in their names — here.

From bail reform to restoring voting rights and sealing records, Colorado’s criminal justice system is getting a makeover

“I’m not asking that anybody say what I did was OK. But I have served my time, and this is something that follows me every day. I’m a different person. I lead a really upstanding life.”

— Heather McBroom, testifying before the Colorado legislature in support of a bill to make it easier to have criminal records sealed

While they haven’t gotten as much attention as some of the marquee bills this session, the Colorado legislature has quietly been working on a slate of bills that will change the state’s criminal justice system as we know it. Jesse Paul breaks down the measures, what they will change and where lawmakers and law enforcement stand. Trust me, you’re going to want to read this one before the end of the session.

>> Get to know these bills here.

In his most comprehensive interview yet, Colorado’s new U.S. Attorney Jason Dunn talked to The Colorado Sun about the ways in which his office is focusing on the opioid crisis, from encouraging overdose deaths to be approached as homicides to a civil task force that will target doctors, pharmacies and nurse practitioners who illicitly prescribe painkillers. Jesse Paul puts his comments in context of other efforts to curb opioid deaths, like supervised injection sites and lawsuits against pharmaceutical companies.

MORE: Look for more from our interview with Dunn on coloradosun.com tomorrow.

More From The Sun 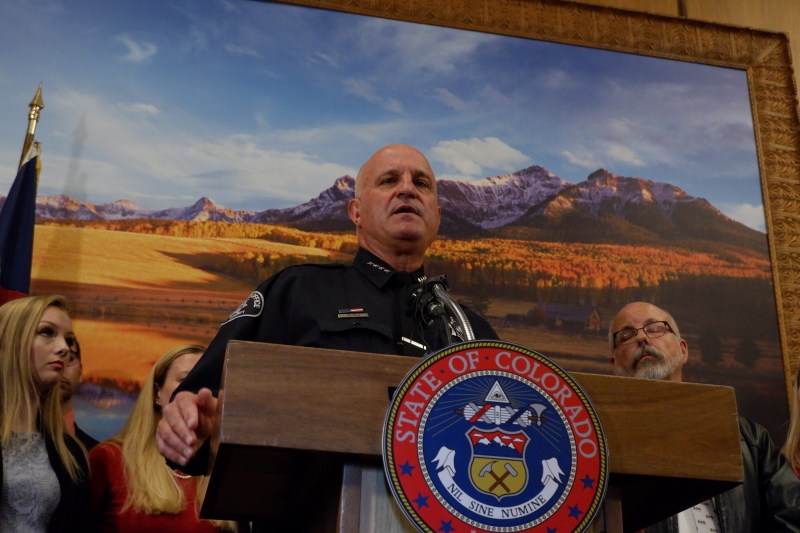 “While small, incremental change is the harsh reality of enacting any major change in our world today, it is nevertheless frustrating. It can be especially maddening when it comes to preventing violence.”

Have some thoughts about issues in Colorado? We’re always looking for voices to be represented on our opinion pages. Send us a note at opinion@coloradosun.com.

// This is a really cool feature on Bird Millman, a Cañon City high-wire artist in the early 1900s who achieved worldwide fame (that I somehow hadn’t heard of before!) // Pueblo Chieftain

// A food co-op in Westwood (referenced in our piece on the Denver neighborhood in February) is back open with some new space, more days and more products. // Denverite

// There are some very cool photos in this piece on the U.S. Geological Survey’s underground mapping done from helicopters at the Silverton Superfund site. // The Durango Herald

// Aspen could be putting electric buses on the road by next fall after three years of planning. // The Aspen Times

// Somebody got their Jeep stuck on South Table Mountain (where, it should be noted, driving is prohibited). // 9News

// “Climate Change Could Destroy His Home in Peru. So He Sued an Energy Company in Germany.” But what does that have to do with Colorado, you might ask? Some of the lawsuits are turning to data collected in a “basement full of dusty reports” up in Snowmass. // New York Times Magazine

“This has many UND backers nervous. Not because they are scared that Kennedy’s prospect of getting a huge promotion with an annual salary in the $750,000 range is in jeopardy and they feel badly for him, but because they are afraid he won’t get the job and they might be stuck with him in Grand Forks.”

// It’s always interesting to me to see takes on Colorado issues from outside the state. Case in point, this opinion column from Fargo about Mark Kennedy, the sole finalist for the presidency of the University of Colorado system. Besides the columnist’s dislike of Kennedy, it’s a little eye-opening to see how Mike McFeely has to explain to his readers how openly political Colorado’s university regents are. // INFORUM

The Thing: How to hate your phone less. (NYT)

Why You Might Like It: If you’ve ever worked with me, you’ve probably heard me evangelize about things like application launchers and text expanders. Because one of my primary goals on this Earth is to help people hate the tools they use every day less. In future Sunrisers, I’ll go deep into my love of apps like Launchy, PhraseExpress, aText and other ways I save literally hours of typing/repetitive motion per week, but today I’m going to let The New York Times’ David Pogue show you “How to Tap Less on Your Phone (but Get More Done)” with this simple little guide. It takes a tiny bit of retraining your muscle memory for some of these tips, but once it clicks, you’ll wonder why you wasted all that energy in the first place.

Thanks for getting to the bottom of this Monday Sunriser. We’ve got some special stuff cooked up for this week, so if you haven’t already, make sure you’re signed up for the Daily Sun-Up (our 6 a.m. headlines email) and our premium politics and outdoors newsletters at coloradosun.com/mynewsletters.

Or if social media is more your speed, follow us on Twitter, Facebook and Instagram so we can brighten up your feeds with news as it happens. (You can support our work and become a member for just $5 a month here.)

But no matter what, we’ll see you back here on Wednesday with another Sunriser. Have a great week!