It’s Monday! That exclamation point can be interpreted as enthusiasm, exasperation or bewilderment, it’s up to you. But we’re not here for punctuation-based Rorschach tests, we’re here for the best in Colorado news.

Tomorrow! The Colorado Sun’s Big Ideas for 2020 event comes to the University of Denver campus. The event will feature Gov. Jared Polis and a bipartisan group of lawmakers presenting their big ideas about major issues facing Colorado, from mental health to teacher pay and more.

Tickets are $20 for general admission, but members like you can get half-price tickets by following this link as part of your membership. If you’re a Newsletters+ or other premium Sun member, your ticket is free (check your email for your special link and email support@coloradosun.com if you need assistance).

Tickets are $20 for general admission (you can buy them here), but if you become a member of The Sun right now, you could get yours for just $10 (or free, if you become a Newsletters+ member, where you’ll get access to The Unaffiliated, our twice-weekly newsletter full of the most important and interesting Colorado politics news). Just head to http://coloradosun.com/join right now to become a member and you’ll instantly get your discount code in your email.

Act fast before the event sells out. Hope to see you there!

OK, but we’ve got news to get to, so let’s row this raft already, shall we? 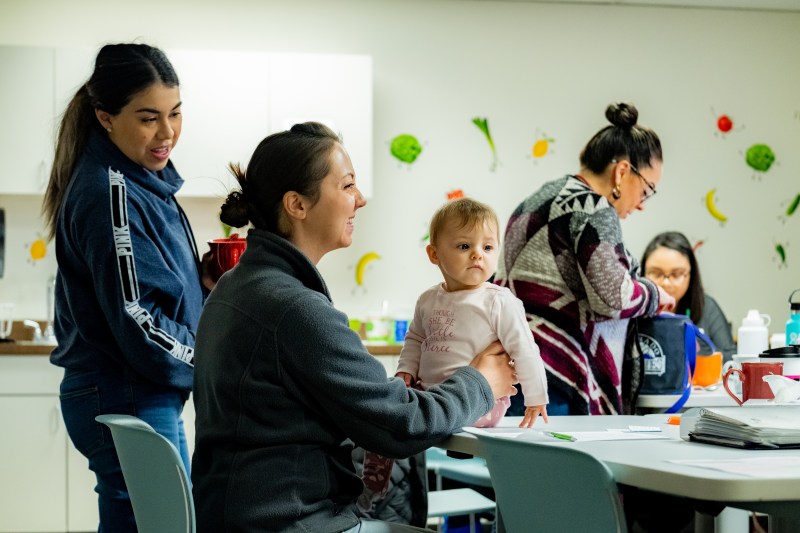 Kelsey Rivera, pictured in this February 2019 photo, took time off under the federal family-leave act and was allowed to bring her baby to work at the Jefferson County Public Health Department. (Marvin Anani, Special to The Colorado Sun)

Sixth time’s a charm? The Democrats at the Colorado Capitol are expected to take another run at a paid family leave program — a way for all workers in the state to receive paid time off to have a baby, care for a loved one or recover from their own health issue — after last year’s bill was demoted to a study in response to protests from the business community. But even after three studies and a report, finding a solution that will make everyone happy still seems like a long shot. Jennifer Brown looks at the five big unanswered question that will shape the fight for family leave this session. >> FIVE QUESTIONS

+ BABIES, ILLNESS THREATEN DEMOCRATS’ SENATE EDGE:  Jesse Paul has an interesting look at the combination of factors — from state Sen. Brittany Pettersen, who is expecting a child soon, to Sen. Lois Court, who will resign on Jan. 16 after her Guillain-Barré syndrome diagnosis — that could briefly wipe out the party’s narrow majority edge in the Senate. >> STORY

Quick: When was the last time you voted in an election for a special district board? If you’re struggling to remember, or even define what a special district actually is, you’re not alone. (I’ll help on that last one: special districts in Colorado collect taxes to operate fire, water, sanitation, park, ambulance, health and metro services.) Reporter Ann Isme has an investigation into the shocking number of these local elections that are canceled each year — removing valuable voter oversight and making these districts vulnerable to mismanagement. >> STORY + ANALYSIS

“As soon as we send them to the city, those things start being paid by the insurance company while we’re still chasing the patient around for collections.”

From our colleagues at the nonprofit Kaiser Health News: Insurers turned to high-deductible plans to keep monthly premiums low(er) and still fit into the Affordable Care Act. But when patients have to pay $3,000-$10,000 deductibles during a medical crisis, the plans not only cause a financial crisis for the patient, but rural hospitals that are the first line of care for many of these people are stuck writing off uncollectible debt, threatening their ability to offer services. >> STORY 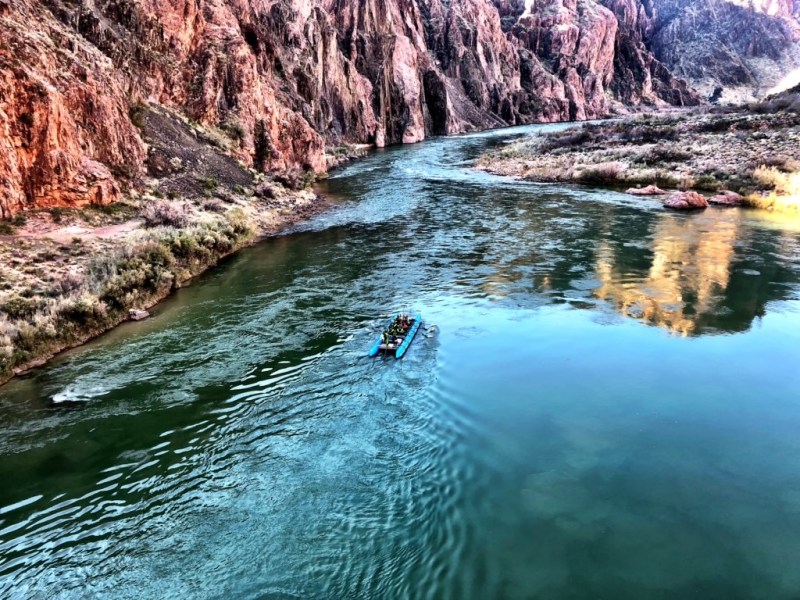 The U.S. Rafting Team was about 4 minutes off pace to beat a speed record for running the Grand Canyon when it passed under Black Suspension Bridge near Phantom Ranch on Jan. 10, 2020, about 88 miles into the 277-mile course. About 50 people gathered on the bridge to cheer on the team. (Photo provided by Deirdre O’Connell)

// WIDE VARIETY OF RED FLAG PLANS AMONG SHERIFFS: In Colorado’s suburban counties, the gray areas of the red flag gun law are already showing that they are ripe for differing interpretations. Elliot Wenzler talked to metro area sheriffs to compare and contrast their plans. // Douglas County News-Press

// RARE EARTH FACTORY IN WHEAT RIDGE PART OF GLOBAL TRADE WAR: The device you’re reading this newsletter on would not function without rare earth metals. But after years of Chinese dominance of the industry, an ore processing plant in Wheat Ridge represents the first U.S. attempt to get back into the rare earth game. // Reuters, The Denver Post 🔑

// RANCHERS FIND NEW MARKETS WHILE FARMERS STILL HURTING FROM TARIFFS: Exports were sharply down in 2019 on farms and ranches in Colorado, but new trade agreements could boost the state’s beef industry (even if corn, wheat and cheese will still be subject to tariff fights). // Denver Business Journal 🔑

// COLORADO HATES ROBOCALLS THE MOST: We might not get the most robocalls of any state, but according to a new study, Coloradans are way more likely to complain to the FTC about them. Here are the full numbers (plus why new laws passed in Congress aren’t likely to make a dent in them — yet). // KUNC

// DEPUTY CATFISH, REPORTING FOR DUTY: Speaking of scams, there’s a fishy one going around the dating website Plenty of Fish in which someone is posing as an Arapahoe County Sheriff’s deputy and making threats and demanding money. // Sentinel Colorado

// WHO IS FIGHTING AMERICA’S WARS? The Times has a major investigation that shows that more and more new recruits to the U.S. armed forces are coming from the same small number of counties — and are often children of old recruits. And the first family referenced? From Colorado Springs. Related: The Army beat its recruitment goals in 2019 by targeting students carrying heavy education debt.  // New York Times, VICE

// VINTAGE JIGSAW PUZZLE OF COLORADO: It’s not exactly hard-hitting journalism, but I’ve been looking at this ©1986 jigsaw puzzle of our state that I’m pretty sure I had as a kid, and wondering who was responsible for choosing which things got the privilege of representing each county (and why Jackson County seems to just have a single chipmunk as its avatar). // Reddit user u/flwyd on r/Colorado 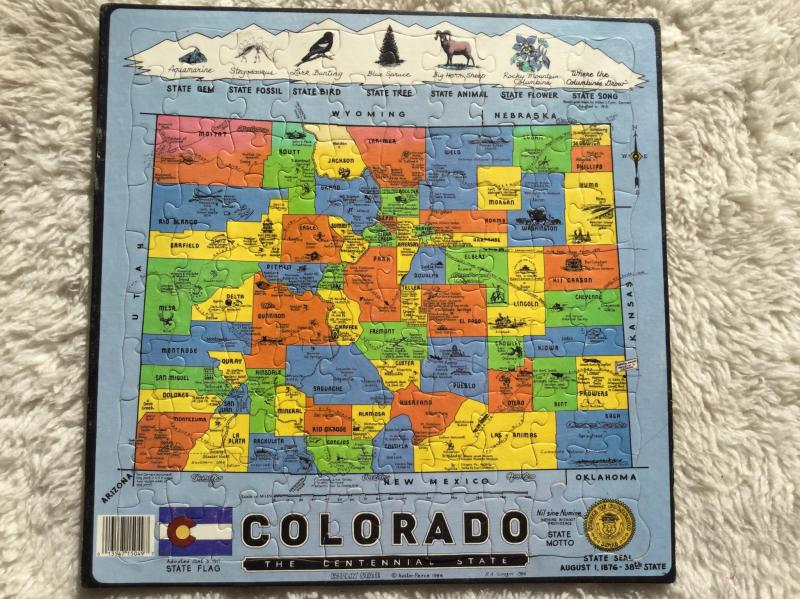 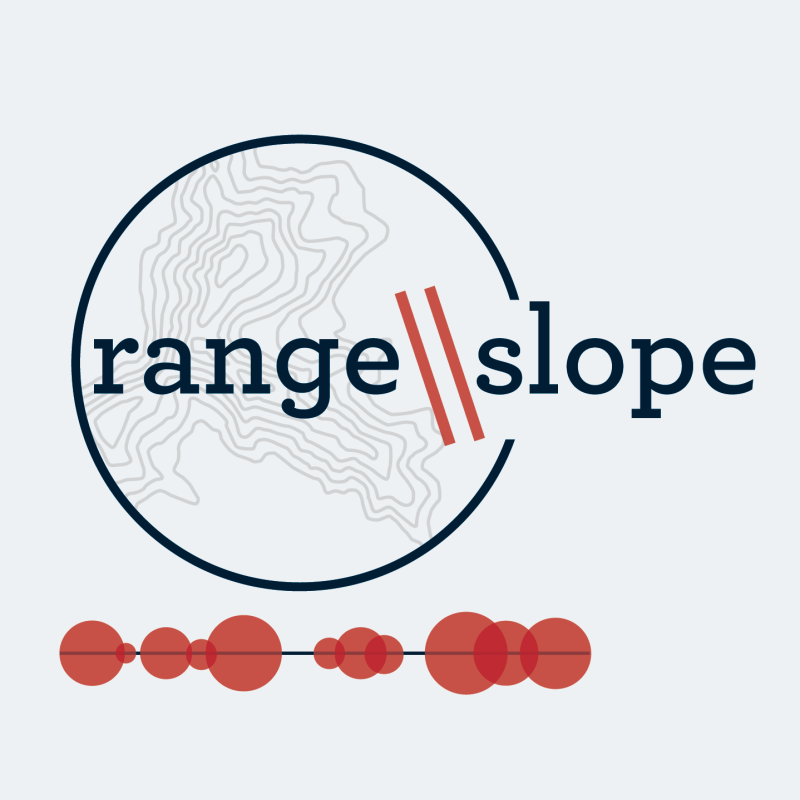 The Thing: Range and Slope, a new storytelling podcast about Colorado (click here or search your podcast app of choice)

Why You Might Like It: Range and Slope is a podcast by a collective of audio producers of the same name, and in the span of just over a handful of episodes (released on the last day of every month), they’ve quickly established themselves as an essential piece of the storytelling puzzle in Colorado. If you’re a fan of the kind of in-depth journalism we do here at The Sun (and if you’re reading this far into today’s Sunriser, that’s a pretty good bet), you will definitely feel at home listening to Range and Slope. So far, the episodes have covered everything from Colorado’s history with nuclear power, why Beau Jo’s puts honey on its pizza crust, life in a tiny home village for people struggling with homelessness and an oral history of SNIAGRAB.

There’s even an episode featuring Chuck Plunkett — former Denver Post editorial page editor and currently heading the CU News Corps — candidly discussing his “Denver Rebellion” editorial at The Denver Post that was one of the trigger points for the creation of The Colorado Sun. This show has become essential listening for anyone who cares about Colorado.

Got a thing? Send it to things@coloradosun.com!

And just like that, we’re off to the races on yet another week. I hope to see you out at the Big Ideas event tomorrow! This really will be something special and is just one of the many events we’re working on to bring The Colorado Sun out into communities around the state this year.

Have a great week and I’ll see you right back here in a couple of days.