Hello from under a few inches of powdered sugar snow here in Cap Hill. If you happen to be digging out today or just giving up altogether and digging in for the weekend, we have so very many interesting stories for you to read.

But first, I want to try something a little different as we head into the holiday week. I’ve already got turkey on the brain, but I’m interested in the most unique thing your family serves on Thanksgiving (and marshmallows on sweet potatoes don’t count). Send me your recipes and I’ll include a few of the best in next Wednesday’s Sunriser. Let’s get weird.

But we have news to get to, so let’s fire up this steam train (more on that below), shall we? 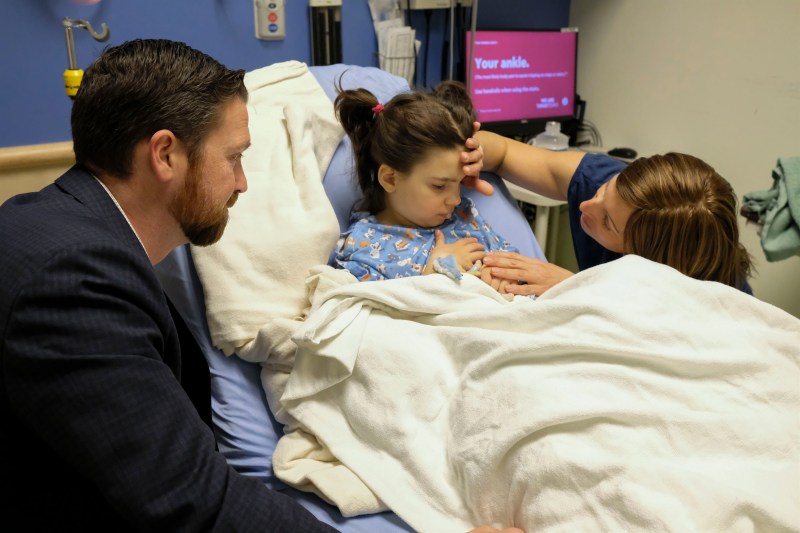 Julia Vitarello checks on her daughter, Mila, who has a rare genetic condition, as Dr. Scott Demarest sits beside her bed at Children’s Hospital Colorado. (John Leyba, Special to The Colorado Sun)

I read this story yesterday and I’m still thinking about it 24 hours later. Boulder’s Mila Makovec is the first person in the world to receive a drug designed for her specific, down-to-the-letter genetic sequence. The story of the drug — appropriately called milasen — is both a fascinating glimpse at the future of precision medicine and a story of the efforts being made in the present to make sure these futuristic medicines won’t just be available to parents who can afford it.

STORY AND PHOTOS: Go deep into the science, the heartbreak and Mila’s parents’ ferocious love for their daughter in Jennifer Brown’s moving story.

“Overall, it has become increasingly difficult to continue to protect Medicaid patients from the challenges imposed by HCPF. The actions, and inaction, by HCPF is directly putting the health, safety and security of patients at risk.”

— From a letter written by Colorado hospital executives to Gov. Jared Polis and the leaders of the state Medicaid agency

“We celebrate the fact that Coloradans are rising out of poverty, which we believe is the major contributor to the reduction in Medicaid enrollment.”

We already knew that the fight over the future of health care in Colorado was going to be rough — especially around the state’s public insurance option. But as John Ingold writes, a broadside from the executives of Colorado’s largest hospitals has opened a new front in the war: Medicaid, and what the executives are describing as a web of red tape that is putting lower-income patients at risk.

ANALYSIS: Read John’s analysis of the letter — including an antiquated medical records system that relies on fax machines in the year 2019 — and why the state’s Medicaid agency is taking the letter seriously.

JUST THE FAX, MA’AM: When you’re done reading that story and trying to remember the last time you sent or received a fax, come back and read this from Vox: “Why American medicine still runs on fax machines.” 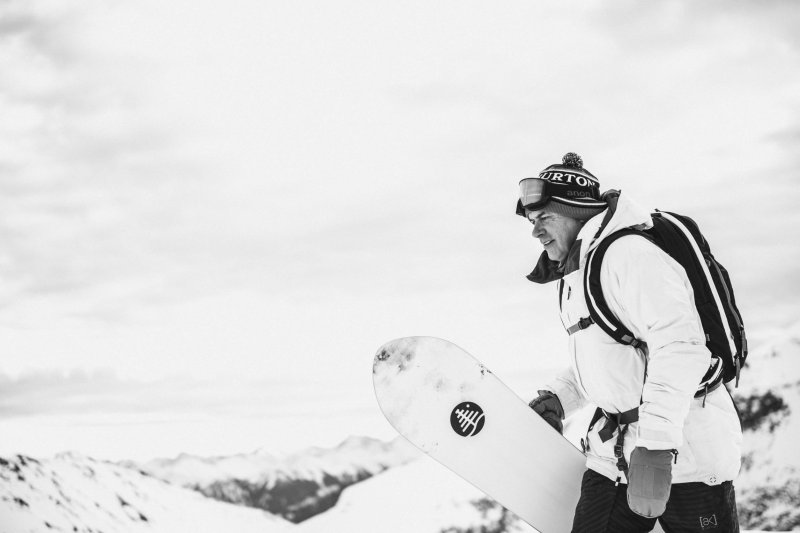 “I tend to think of the history of snowboarding as a long sequence of seemingly unimportant and humble moments shared between really good friends that aggregated into snowboarding as we now know it.”

It’s not often that an obituary for one man can cut across such a huge and revolutionary swath of culture, sport and business. But Jake Burton Carpenter, one of the pioneers of snowboarding and part of the crew that changed snow sports forever, is one of those individuals. You probably know something about his story, but you might not know the outsized impact he had on Colorado.

OBITUARY: Action-sports journalist Colin Bane brings us this thoughtful piece on the life and legacy of Jake Burton Carpenter, who died Wednesday at the age of 65.

A week after a grand jury declined to charge Colorado Springs police officers involved in the fatal shooting of 19-year-old De’Von Bailey, Gov. Polis has ruled out ordering an independent investigation by the state.

WHAT’S NEXT: Jesse Paul broke the story and looks at how this action will shape how lawmakers try to address Colorado’s “fleeing felons” law.

“I’m really happy to see that they do want to turn this around and make a good thing out of what was really bad news.”

— Emily Hargraves, owner of Backcountry Babes who was sued by Backcountry.com 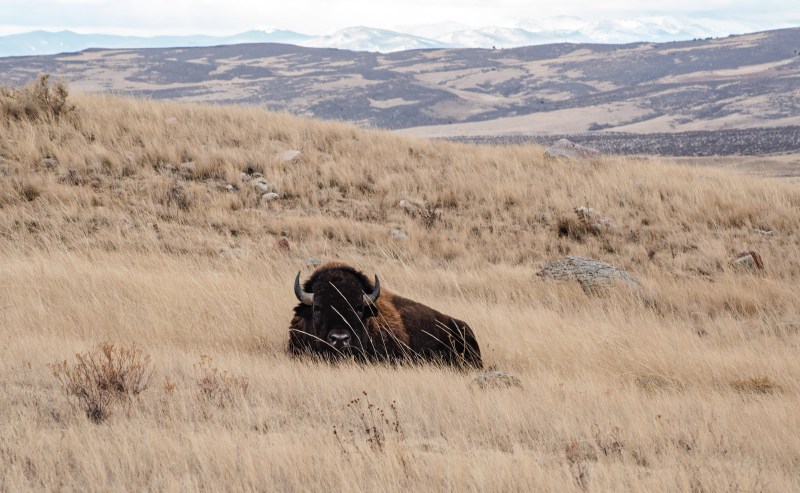 A bison sits in the shortgrass prairie at Soapstone Prairie Natural Area on Monday, November 4, 2019. (Valerie Mosley, Special to The Colorado Sun)

// OK, boomer. The phrase that launched a thousand intergenerational spats gets the “What’d I Miss?” treatment.

// Meanwhile, Drew Litton takes a look at all the stress and hassle of holiday shopping … except it’s not taking place at the mall. You’ll want to take a look at this cartoon if you plan on skiing this weekend, because it likely forecasts your frustration.

There are lots of good stories about love and loss and moving on. John E. Stith’s novel “Pushback” brings another element into the mix: What if someone thinks you’ve moved on a little too quickly after your loss? When our protagonist finds reality bent beyond recognition at his high school reunion, he begins to question his own sanity, and that’s how this mystery gets launched. In the SunLit interview, Stith explains how he used this genre to address his own personal issues of loss.

// From Nebraska public radio comes a story of tiny Sedgwick, just five miles from the Nebraska border in my corner of Colorado, and how the 150 residents are dealing with a nearly $1 million budget surplus from the town’s only marijuana dispensary. // NET Nebraska

// I knew this was coming, but the sudden announcement that Denver’s once-innovative B-Cycle program will shut down in January is putting the future of non-car transit in the city into limbo. Most concerning: The city, at the same time it is shutting down a quasi-public bike service, will allow dockless e-bike and scooter companies (none of which have ever made a profit and all of which are propped up by venture capital) to apply for a city contract. But what happens if/when those companies go bust? // Streetsblog Denver, The Verge

// This doesn’t have much to do with Colorado — besides the fact that the author, my buddy John Hendrickson, was the music editor at The Denver Post early in his career. But this story from John, who now edits politics at The Atlantic and lives with a stutter, is one of the most personal and engrossing stories I’ve read in a while (no matter what you think of Joe Biden or his politics): “What Joe Biden Can’t Bring Himself to Say.” // The Atlantic

// A stutter is an entirely separate neurological disorder than Parkinson’s disease, but they both can be treated in some ways by performing. The Tremble Clefs, a singing group in Boulder, is working with a scientist in Denver to use music to help improve motor skills in patients — similar to the CU therapy group that used “The Wizard of Oz” to treat aphasia that Kevin Simpson wrote about in October. // 5280, The Colorado Sun

// Maybe save this story about the massive — and very gross — viral outbreak that has closed nearly 50 schools on the Western Slope for well after breakfast. // CPR News

// This is how gentrification looks in Cherry Creek North: Mom and pop plastic surgeons being bought out by banks  // Business Den

// This is a chilling story from Sarah Tory: To find Jose Montelongo, ICE agents arrested and threatened his whole family. // High Country News

// Rep. Ken Buck, who wrote an op-ed for Fox News railing against the closed-door impeachment proceedings in the House, appears to have skipped the majority of them, despite being the only member of the Colorado delegation with access to the hearings. // The Colorado Independent

// Ready for the wildest story of petty crime in Colorado? In Glenwood Springs, a pattern of blue Subaru Outbacks suffering large key scratches has the police at attention and owners of what could almost be the official state car of Colorado worried for their finishes. // Post-Independent

// Let’s end this section on a gloriously stupid note, shall we? How a local Instagrammer found herself by becoming the Colorado “Sassquatch” and getting fierce all over the state. // 303 Magazine

Today’s thing comes from senior editor Dana Coffield. What’s your thing? Send us an email at things@coloradosun.com and you could be published in a future Sunriser!

The Thing: Big Boy steam locomotive No. 4014 on the tracks

Why You Might Like It: One of the most magical things about living in the American West is that it doesn’t take too much to envision the past. Sometimes you can just look out your car window, and see history rolling by. See what we mean starting Saturday, when the Union Pacific Big Boy steam locomotive No. 4014 rolls through Colorado on its final leg of UP’s tour celebrating the 150th anniversary of the completion of the Transcontinental Railroad. There are chances to see No. 4014 rolling through Kit Carson and Hugo on Saturday, and the city of Limon has built a whole weekend around it. You might catch it moving through Strasburg and on to Denver on Monday. Where will we be on Tuesday? Likely watching this glorious machine steam north through LaSalle and Greeley, on its way back to Cheyenne, where it was restored by the Union Pacific Steam Team over a two-year period.

If you can’t make it to Greeley or Limon, check out this video about the restoration or just marvel at a photo of this absolute unit.

I don’t even ski, but I can’t get Drew Litton’s skiing-frustration cartoon out of my head. If you’re heading up to the slopes tomorrow or Sunday, you’ll probably get your first taste of ski season traffic and the early mornings for weekend warriors hustling to get outdoors.

We hope you find your first carve of the season sometime soon. Here’s a photo to act as your pre-weekend inspiration: 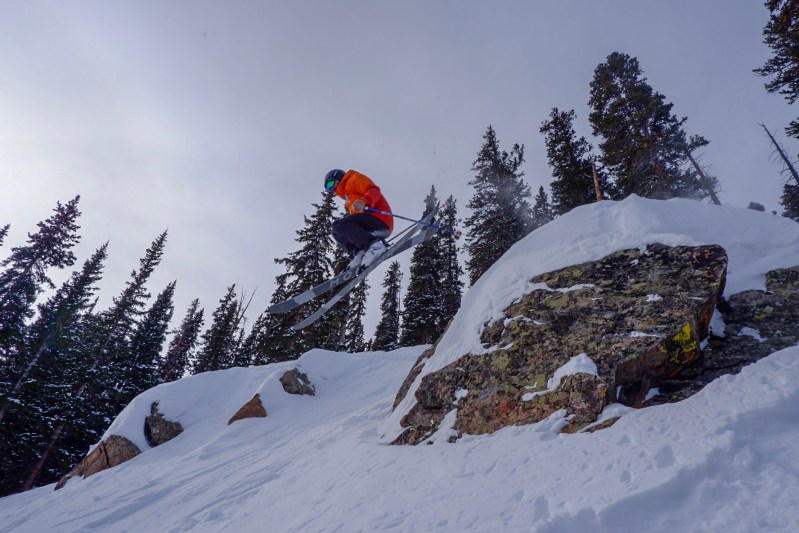 Skier Nathan Hahn makes his way down a run at Arapahoe Basin on Feb. 9, 2019. (Jesse Paul, The Colorado Sun)

Don’t forget to send me your weirdest Thanksgiving recipes this weekend and I’ll see you back here on Monday!