Good morning and happy autumnal equinox, dear readers! As we drift into fall, don’t fire up plans for your foliage-peeping trip quite yet. Thanks to this summer’s hot weather all over the country, the Smoky Mountain National Park Fall Foliage Prediction Map (say that a few times fast) doesn’t have Colorado hitting peak leafin’ until early October. 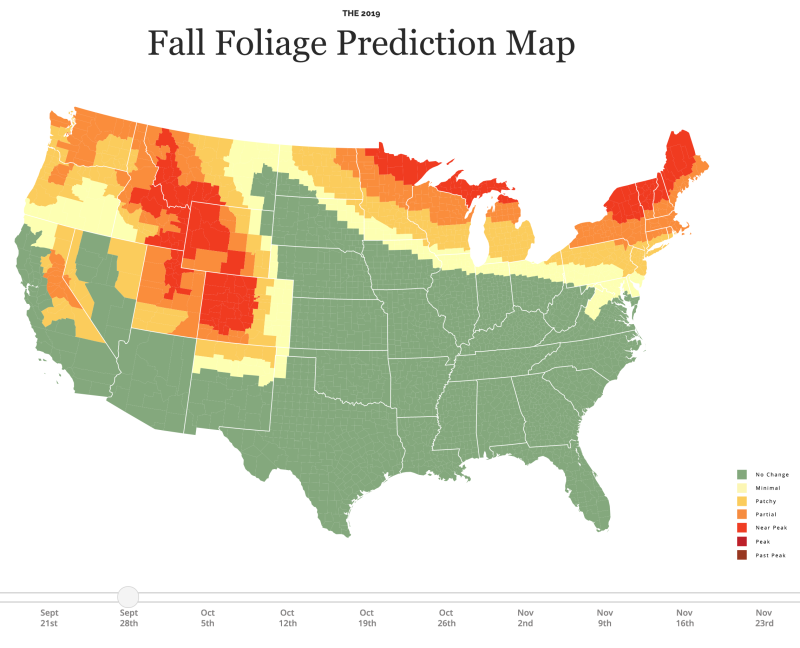 I’m officially opening the inbox for all of your great fall content, so send shots of pretty leaves, giant gourds, interesting recipes or anything else autumnal here and I’ll post a few here in the newsletter.

OK, let’s mull this cider, shall we? 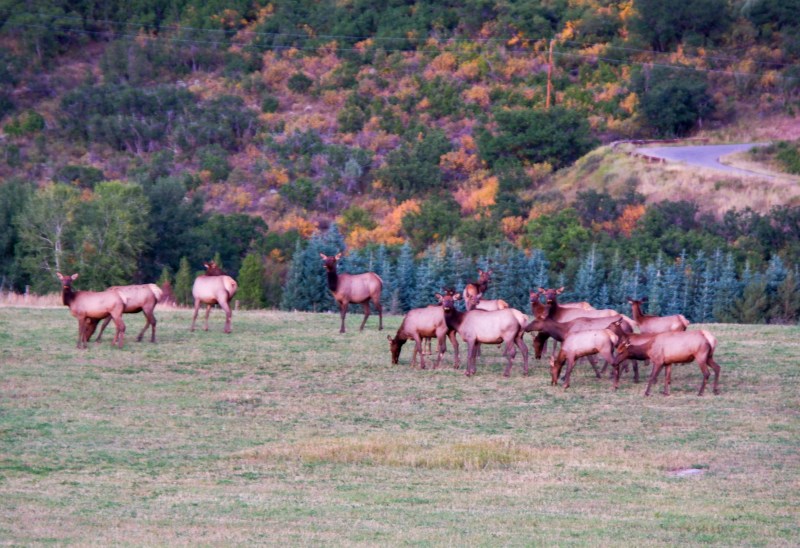 A Colorado town removed its police chief and paid $50,000 to settle allegations against an officer. Then it hired a cop with past complaints.

After months of open records requests, Jesse Paul brings us the story of turmoil in an Eastern Plains police department, including allegations of inappropriate behavior by an officer toward a teen girl, a contentious relationship with the town’s then-police chief and the hiring of a new officer recently fired from another rural department for a list of alleged transgressions.

++ Also, check out this thread on how we reported the story. 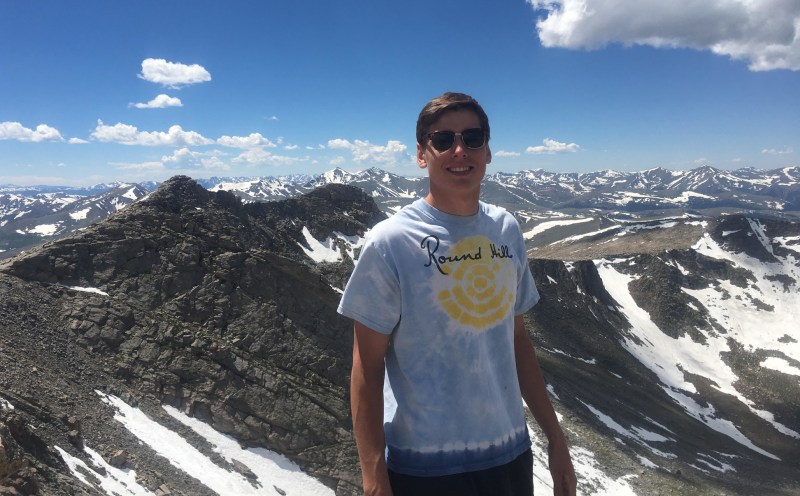 Finnegan Daly, seen here on Mount Evans, died from a gunshot wound Jan. 14, 2018, in the house he shared near the Colorado State University campus. The 21-year-old was entering the spring semester of his senior year. (Provided by Regina Daly)

First, if you haven’t read John Frank’s original story about the Snapchat photo that led police to reopen the investigation of the death of Colorado State University student Finnegan Daly in 2018, start here. In today’s update, a newly released court document says that the roommate now facing a weapons charge in connection with the death tampered with evidence before calling 911. 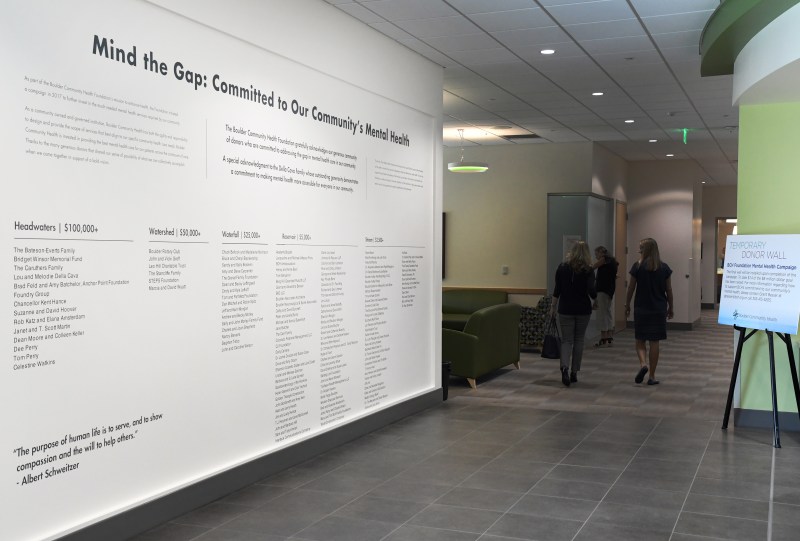 A hallway leads through the lobby of the Della Cava Family Medical Pavilion. Boulder Community Health has integrated mental health care into 10 of its primary care clinics. (Kathryn Scott, Special to The Colorado Sun)

“We hope that we can help small storms from becoming tornadoes.”

This is going to sound so obvious when I say it, but it’s nothing short of revolutionary in the way we treat people in America: Mental health and physical health are connected. Simple, right? But in a medical system that largely isolates the treatment of such issues as anxiety and depression from the treatment of conditions including high blood pressure and headaches, creating a system that organically connects the two kinds of treatments is rare.

>> Read Jennifer Brown’s story about how Boulder Community Health clinics are working within a new model that is getting attention from around the country.

Do you have an event, business or nonprofit you’d like to share with engaged Colorado readers? Try underwriting The Sunriser or one of The Sun’s other newsletters. Send us a note at underwriting@coloradosun.com for rates and fall/winter availability.

// If “Parked,” the mobile home reporting project we debuted last week seems a little intimidating to get into, here’s a great way to start: Listen to reporter Jennifer Brown talk about the project with our partners at KDNK radio. Then you can head to coloradosun.com/parked to read the whole series. // KDNK, The Colorado Sun

// Sun contributor Nancy Lofholm has a dispatch from Grand Junction on Interior Secretary David Bernhardt’s speech to Club 20, including that he believes the office will be open this winter. // CPR News

// I am fascinated by the “sovereign citizen” movement, and in case you aren’t familiar, this story about one of the men charged with six felonies for squatting in a multi-million-dollar Aspen house for three months is a pretty good introduction to this bizarre belief system. // Aspen Daily News

// The Yuma hospital I was born in has been a lot of things since 1984: the Yuma Public Library, a bank and briefly City Hall. But its next role is interesting: The first branch campus of Northeastern Junior College. Why Yuma? NJC says the city has kept more young people staying at home and the need for higher education there is growing. // Yuma Pioneer

// I will never stop sharing stories of people fighting to keep video rental stores alive: “One of the last video harbors in the region keeps the movie business alive.” // Aurora Sentinel

// I am extremely interested in tasting this lumpy melon called The Greeley Wonder. // CPR News

// Let’s wrap up this section with three longreads (and an architecture feature) that aren’t specifically about Colorado, but touch on forces that are shaping Coloradans’ lives:

Why You Might Like It: By now you don’t need my stamp of recommendation to go watch “Fleabag,” but after it won four Emmys (writing, directing, lead actress and outstanding comedy series) it feels like as good of a time as any to talk about it. The  show by creator and star Phoebe Waller-Bridge is very British (two seasons of just six episodes each) but manages to be cleverly universal. The characters, especially the eponymous Fleabag, are allowed to be complex and messed up without being turned into dramatic cautionary tales and they are allowed to have good moments without being rendered pious saints. In other words, they are allowed to be fully, completely human. Doesn’t hurt one bit that it’s one of the funniest shows I’ve ever seen while also being a deeply moving exploration of grief and faith. Seriously, it’s less than 6 hours total, so just watch it all over the next couple of days.

BONUS: If you just can’t get enough of Waller-Bridge, she wrote and starred in another show the same year “Fleabag” premiered called “Crashing” that’s available on Netflix and is similarly delightful.

Send us an email at things@coloradosun.com and you could be published in a future Sunriser!

Thanks as always for starting your week with us and getting through a whole Sunriser. Don’t forget to share the stories you’ve read in this newsletter with your friends, family and co-workers and to tell them where you found them (coloradosun.com/newsletters)!

And Colorado Sun members, stay tuned. We’ll be announcing a fun new way to participate in the Sun community very soon. To make sure you don’t miss out, become a member today at coloradosun.com/join for as little as $5/month.

Have a great day and we’ll see you back here on Wednesday!