Good morning! You made it through all five days of this post-holiday week and let me just say I’m proud of you.

As usual we’ve got a ton of news to share today, so let’s toss this Frisbee already, shall we?

Trinchera Blanca Ranch has three 14ers, large elk herds and thousands of acres of dying trees. Jason Blevins got a firsthand look at the operations on one of the biggest untouched stretches of forest in the state, preserved by financier and conservationist Louis Bacon as a laboratory for forest health management — and good-paying jobs at the sawmill. Read the whole story — 20 years in the making for Jason — here and don’t miss the video of the sawmill in action.

>> A SECRET FREESKI RACE CONTINUES TRADITION: Jason also has an oh-so-secret scoop on what might be the longest-lived freeski race in Colorado, with Coors Light-fueled roots stretching back to the mid-’60s on a nondescript hill overlooking the Fraser Valley.

Gay rodeo is branching out to women, straight competitors while staying true to its inclusive roots 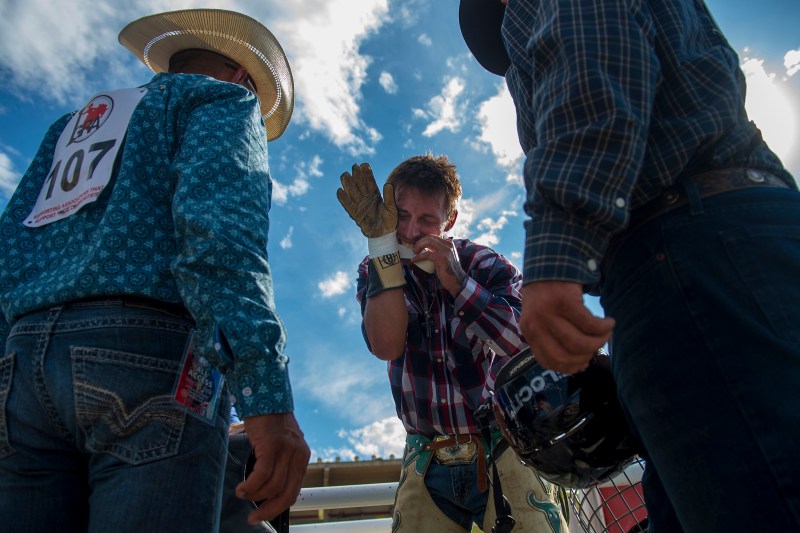 Briggs Maycock tapes his glove on as he prepares to ride a bull during the Rocky Mountain Regional Rodeo at Jefferson County Fairgrounds. Briggs, who competes with his girlfriend, is among the straight contestants. (Seth McConnell, Special to The Colorado Sun)

“When you fight for acceptance, and now that you have it, what do you do with it?”

Things are changing in the world of the gay rodeo. What was once a safe haven for cowboys that couldn’t compete on the main circuit has become a full-fledged circuit of its own that now includes women riding bulls and even straight competitors  — but hasn’t lost a bit of its spirit. Take some time to read Jennifer Brown’s visit to the rodeo and don’t miss Seth McConnell’s photos of the action (and the fun). 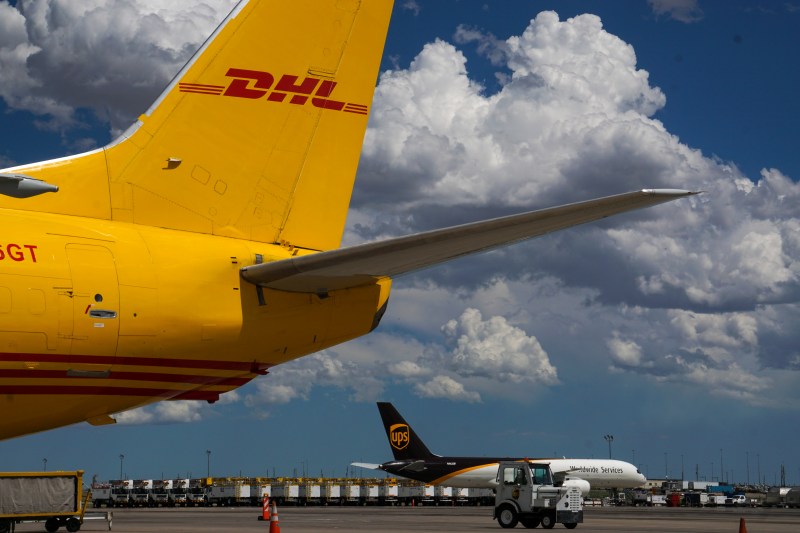 It seems like DIA breaks passenger records every week. But south of the Great Hall, just past Blucifer, the airport’s cargo ramp is seeing a massive uptick in freight from FedEx, UPS, DHL and — of course — Amazon. Jesse Paul takes a look at the recent jump in cargo loads, what it means for the health of Denver’s economy and how it could lead to major expansion at the airport. 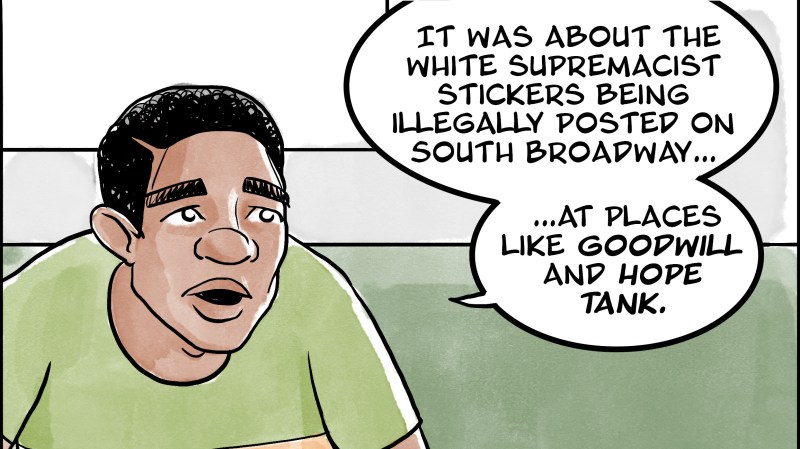 // This week’s “What’d I Miss?” steers headfirst into the recent spate of hateful incidents at bookstores in Denver as Ossie tries to wrangle with the irony of going viral in the wrong corners of the internet just for denouncing racism.

// It’s been a rough week for both fans of MAD Magazine and for the Hickenlooper campaign. Cartoonist Jim Morrissey used both to create an unforgettable portrait of this political moment in time.

// And while all but a few Rockies took a few days off for the All-Star break, our Drew Litton reflected on the trail they’ve left behind them during the first half of the season.

The best part about fantasy fiction is the way it allows the author to take an absurd premise and juxtapose it with elements of ordinary life to create something horrifying, poignant or even hilarious. That’s exactly what author Ramona Ausubel has done with this short story excerpt from her collection “Awayland.” I don’t want to give too much away, but imagine a mythological figure filling out an online dating profile. And in Ausubel’s author Q&A, she notes sympathetically that her character “is not the worst guy on the internet.”

The IPA gets all the love in the beer world. It’s the superstar. But more recently, I am drawn more and more to pale ales. The modern version is big-flavored and easy-drinking. It’s the beer for the day in the park or the summit hike. Two favorites from Denver breweries to try: Epic Brewing’s Rino APA, a juicy pale ale, and Renegade’s Free to Roam, a more traditional American pale ale. Both still manage to pack a punch with a citrus aroma and flavor and malt body that balances nicely and finishes smooth.

// I’m just going to paraphrase this tweet from NOLA.com columnist Tim Morris: “Beginning Sept. 1, Starbucks will no longer sell newspapers at its more than 8,600 shops nationwide. The company says too many people read without paying, a metaphor for the news industry.” // Twitter, NY Post

// This is a good time to remind you that the journalism we produce at The Sun isn’t free, even if we don’t have a paywall. If you haven’t yet, step up and become a member of The Colorado Sun for just $5 per month. It feels great, I promise.

// Victims of the funeral home accused of selling body parts and defrauding families are now asking for $3 million in damages. // Montrose Press

// The culling of Denver’s park geese is over, but Westword writer Michael Roberts has had it with Denver’s obsession with the birds — especially with all the other problems the city is facing. // Westword

// Longmont’s mayor is not happy: In an interview with 9News he laid it out clearly for the RTD board — “Give Us Our Train Or Stop Taking Our Money.” // 9News, Longmont Observer

// The Brazilian meat processing giant JBS — the owner of the massive processing plant in Greeley — has undercut its competition to win massive federal contracts designed to offset the Trump administration’s trade war, according to a new investigation. // Harvest Public Media

// The Tribune has more on the Colorado Peaches senior softball team we mentioned last week, and it is inspiring. // Greeley Tribune

// Nearly every home listed on the Denver market experiences a quick price reduction, which may mean that the red-hot market is “normalizing” — which is still cold comfort for those of us kicking ourselves for not buying a Congress Park penthouse for $250,000 back in 2009. // Denver Business Journal 🔑

Why You Might Like It: World-famous LEGO artist Nathan Sawaya (and yes, there is such a thing as a world-famous LEGO artist) has taken his talent for creating haunting human shapes out of the little rectangular bricks to downtown Denver. If you happen to be passing through the 16th Street Mall through August 27, make sure to swing by the Republic Plaza building to see “Park People” for yourself. It’s likely going to be the selfie spot of the summer, so get yours posted before all your friends do.

Share your thing! If you have something in your life that you just can’t stop raving about send us an email at things@coloradosun.com and you could be published in a future Sunriser!

That’s it for today — and this week. As you’re cooling down from the heat this weekend, head over to coloradosun.com to catch up on all of our in-depth stories over the past five days. Lately we’ve had a string of great stories about the environment, including water issues, that I’m sure you’re going to want to read.

These are articles you won’t want to miss, and which are made possible only by the support of readers like you.

It’s going to be a gorgeous weekend all over the state, so if you get a good photo while you’re out and about, share it with us for a chance to be featured in Monday’s Sunriser! Send it over to newsroom@coloradosun.com!

Have a great one!