Sunriser: The fragile politics around the STEM School shooting, a Colorado-Tibet connection, the legality around trolling politicians and much more

It’s been a little more than a week since John Frank and I were freed from the confines of the Colorado Capitol, but any hope I had for even a small break after the 2019 legislative session ended has evaporated.

In the past 10 days alone we’ve had a school shooting, a state representative resign and a revealing forum with Gov. Jared Polis and lawmakers. That’s not to mention updates on wildfires, the outdoor industry, importing prescription drugs from Canada and a big legal challenge surrounding whether or not the people we elect to lead us can block us on Facebook.

What I’m getting at is this: Our small but mighty staff works hard day in and day out (and night in and night out) to bring you stories from every corner of Colorado. We love what we do. If you haven’t already, we’d love if you helped us make more of it possible. (Here’s how: Become a Colorado Sun member and make my day.)

We’ve got some great stuff for you below, so let’s support some local journalism, shall we?

This is not Parkland 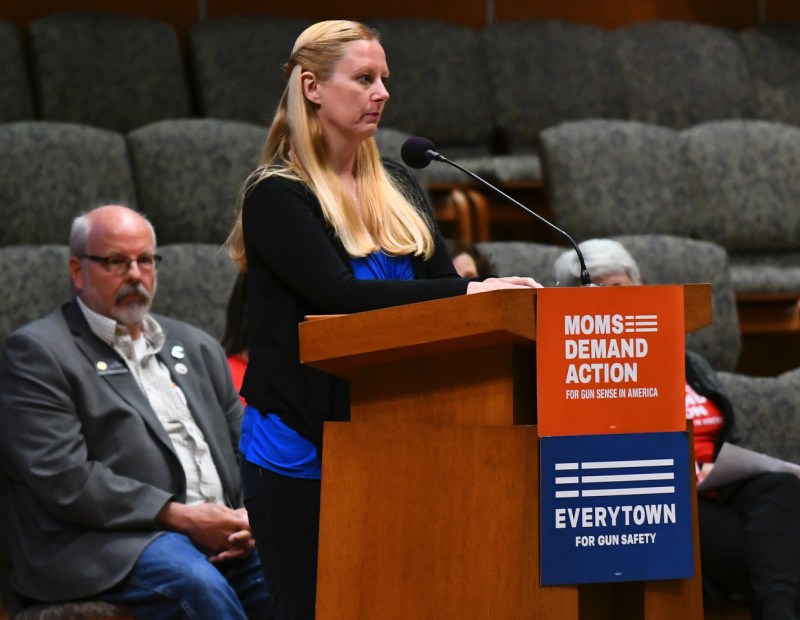 After last week’s school shooting in Highlands Ranch we were looking at every possible angle of coverage, but a recurring theme emerged: this is going to be different. It’s hard to paint any community into a single box, but the reaction in Douglas County to the STEM School Highlands Ranch attack has been especially fractured. Reporter Jen Brown wrote a powerful piece capturing the divide, which includes calls for more gun control, students searching for a voice and a petition for metal detectors in schools.

>> Read about why after the shooting in the shaken and fragile community, it’s more evident than ever that politics can divide.

ALSO: Hero student Kendrick Castillo’s memorial service will be held later today. This morning, meanwhile, the two students accused of carrying out the attack are set to be formally charged, and court documents in the case against them could be unsealed.

MEANWHILE… We are getting more details from inside the school when the shooting happened. Joshua Jones, who was shot twice trying to halt one of the shooters with Castillo, recounted his story to reporters on Tuesday. “There wasn’t a whole lot that was going through my mind,” the teen said.

Colorado and Tibet might have mountains in common. But refugees from the region are battling to keep their cultural connections going. 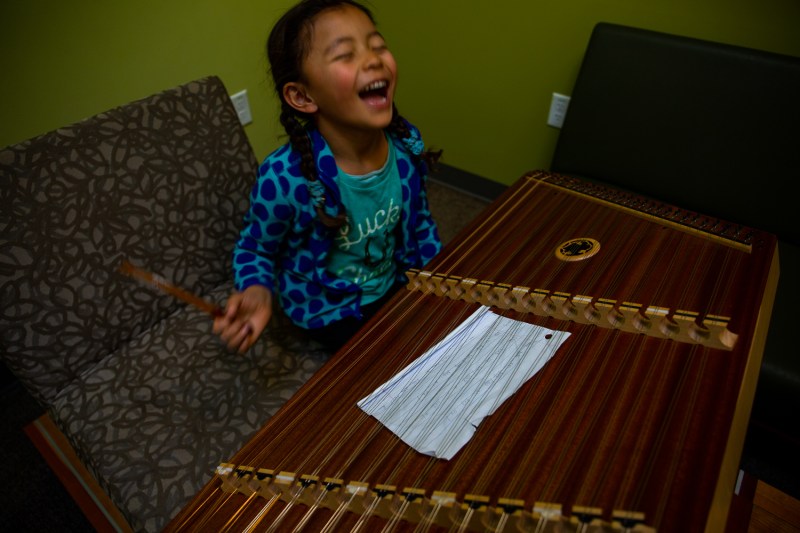 Khandro Aungae, 5, practices the Chinese yngie. When she is older, she will learn to play the Tibetan lute. Khandro and her family travel from Eagle every Sunday to participate in classes at the Tibetan Cultural School in Boulder. (Nina Riggio, Special to The Colorado Sun)

This article reminds me of Kevin Simpson’s story a few years back about the Arapaho people battling to preserve their language. Except this time it’s people with Tibetan roots in Colorado who are struggling to keep the religious and cultural connections to their homeland even as they grow generation and generation apart from their roots. People are driving hours across the state to preserve their traditions.

>> Sun contributor Joe Purtell brings you this beautiful story on the perennial clash between the old and the new and how they inform each other.

Is it your constitutional right to troll your elected officials?

Earlier this year we wrote about a court settlement that cost taxpayers $25,000 stemming from state Senate President Leroy Garcia’s decision to block a constituent from commenting on his Facebook page. The issue is back in the news again this week with the ACLU announcing a legal challenge against another elected official who blocked a woman he represents on social media. They’re not seeking money, but rather a federal judge’s ruling deciding once and for all if it’s legal for Colorado’s public officials to shut down the public on sites like Twitter and Facebook.

>> Read about why this case is such a big deal, even to those of you who aren’t legal beagles. 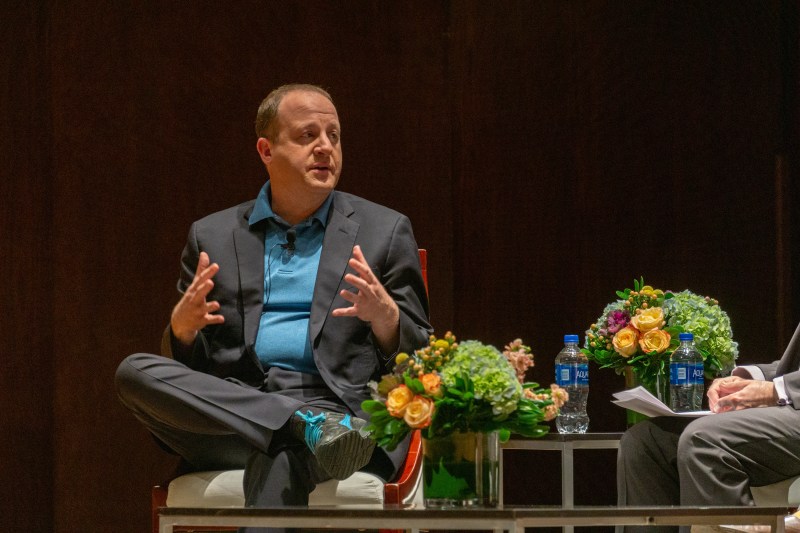 >> On Monday night we hosted a forum at the University of Denver with Gov. Jared Polis and four top state lawmakers. It was a lively discussion that covered everything from policy solutions to prevent attacks like last week’s deadly shooting at STEM School Highlands Ranch to immunizations and the resignation Sunday of state Rep. Rochelle Galindo. (Watch the whole thing here.)

>> A new report on health care costs in Colorado confirms what we all suspected: Prices rise when there is a lack of competition among hospitals and insurance providers. That means if you live in rural places, expect big bills. Reporter John Ingold has all the important details.

>> The investor community is still buzzing about the potential of what it means to put money in an Opportunity Zone, of which Colorado has 126 in the form of census tracts. But there’s a lot of confusion about the provision stemming from the GOP tax bill, and it’s not clear just how much the tool is being utilized. Reporter Tamara Chuang dives deep into the story.>> If there are OGs in the resort real estate industry, Harry Frampton would be one of them. He leads the powerful, 1,250-employee East West Partners and has some really interesting insights into the future of development in Colorado — including a pretty controversial idea on how to solve the high-country housing crisis. “I think the winners are going to be those communities that create environments that are a retreat from the crazy changing world we are in,” he told reporter Jason Blevins in this don’t-miss question and answer.

// More Major League Baseball hitters are getting plunked than ever before. And it turns out there is a pattern behind all of those nasty bruises. // FiveThirtyEight, h/t Jared Polis

// Looks like we can be skiing at A-Basin in June. But should we? Yes. // Summit Daily

// Just as Airbnb announces Boulder hosts raked in $433,000 the weekend of University of Colorado graduation — and touts how the service collects tax dollars on behalf of municipalities — Glenwood Springs digs into how to regulate short-term rentals. // Daily Camera, Glenwood Springs Post Independent

// More on the story of how Weld County Sheriff Steve Rames survived a shooting at his high school in Amarillo, Texas, in 1992. Sidenote: he played drums in the school band. // Greeley Tribune

// The man for whom super-secure federal prisons were made has died. Thomas “Terrible Tommy” Silverstein lived three decades in solitary confinement. // Westword

// It’s Colorado. We love our beer. We love our dogs. We love both so much that New Belgium Brewing in Fort Collins has a class to train your beer dog in important skills such as sitting quietly under a taproom table and walking through a crowded bar without knocking over a pint glass with its tail. // CPR, Coloradoan

Why You Might Like It: Friends call this Loveland-based grocery liquidator, which has an outpost in Dacono, the expired-snack store. And that it is. The family-owned stores sell products familiar to customers of posh grocers and gourmet shops at a micro fraction of the price tag they’d carry if they weren’t at or beyond their expiration date. As it turns out, those use-by dates are more of a suggestion than a rule (there’s a fascinating 99 Percent Invisible episode about why we even use them in the first place.) If you’ve got a pack of teenagers raiding the pantry every day after soccer practice, or you’re in charge of stocking the office snack drawer, these three stores are a wallet friendly adventure in shopping. What’s your thing? If you have something that you just can’t stop raving about that you’d like to share, send us an email at things@coloradosun.com and you could be published in a future Sunriser!

OK, folks. That’s it for today. We’ll be back again on Friday with some more great journalism for you to enjoy.

mDon’t forget to become a Colorado Sun member right now and make more journalism possible. I’m willing to reveal my grandmother’s sweet and sour meatball recipe to anyone who joins our growing community of supporters. The top-secret formula, which has been powering my family for at least my 26.75 years on this Earth, can be accessed by emailing me at jesse@coloradosun.com.

Until then, keep on keepin’ on.